Carmichael Mine Freedom of Speech

Last week, climate campaigner Ben Pennings gained a tactical victory in his tussle with Adani in the courts. A judge of the Queensland Supreme Court ordered Adani to identify those companies that had allegedly stopped negotiating for works on the Carmichael mine project due to the prospect of non-violent direct action by Galilee Blockade.

The relevant Adani company has alleged that an unspecified number of contractors terminated their negotiations on the project, thereby costing the company money. Since November 2020, Ben Pennings has been asking Adani to specify those contractors so he could be appraised of the case he needed to defend. Adani had previously been criticised for its 'attack dog legal strategy', seeking to organise a raid on Pennings's home, and organising surveillance of Pennings's young family.

The court previously said that Adani must be able to identify ‘the class of individuals or organisations in respect of which these fractures have occurred’ and that provision of the information ‘would at least provide [Pennings] with the sort of focus that will allow him to discharge his obligation of disclosure’.

That was confirmed by the court on 10 March 2022, in orders which require Adani to identify, by April 8: 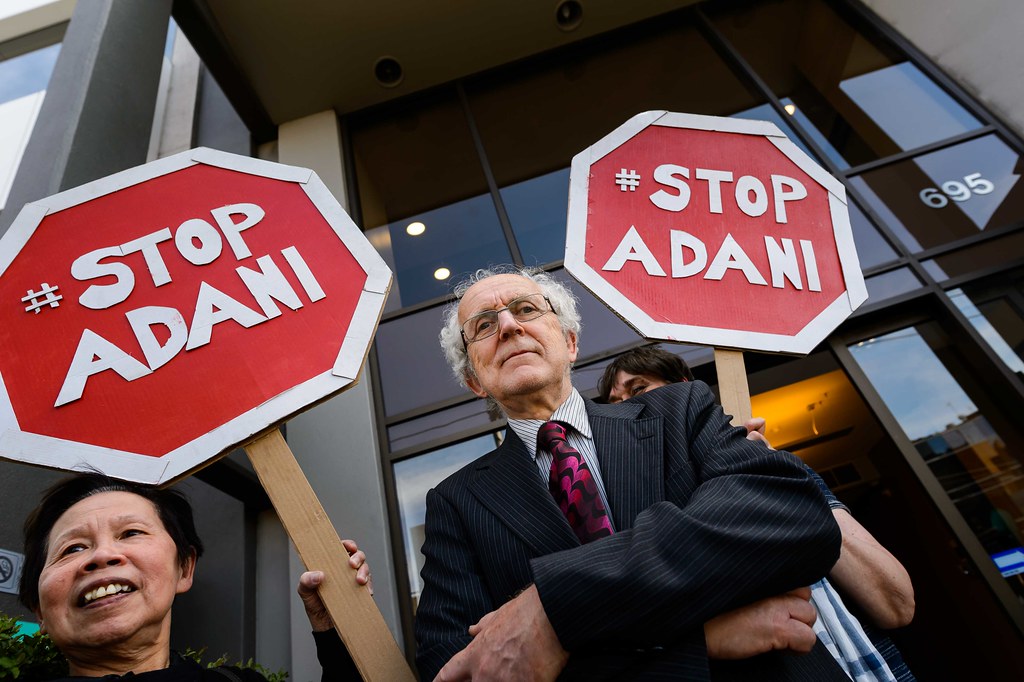 ‘After all this time, I’m so happy that Adani has to identify which contractors they allege backed out of their dirty coal project due to the peaceful actions of Galilee Blockade,' said Mr Pennings. 'Adani specified in court they plan to seek documents from contractors through the non-party disclosure process. I hope this information progresses the case so that I can win this important legal battle against a multi-billionaire bully.’

‘This is all happening at a time when the impacts of coal and climate change are literally flooding the east coast of Australia. New coal mines mean further climate chaos.’

‘Adani were awarded some costs for some parts of the 27 August 2021 hearing. Adani has previously sought an exorbitant amount and that costs process is ongoing. So far, I have not paid a single cent of Adani’s legal costs.’