In the southern Indian state of Kerala, the conflict caused by Adani’s massive port project has escalated to dangerous levels. Police and protesters have been injured in clashes. Thousands of citizens have been charged by the police. The destruction of a police station has been blamed on agents provocateurs. A pro-Adani group has introduced a potent religious element into the fray. And the state government has waived a US $5-million bill to the Adani Group.

A desperate fishing community has blockaded works at Adani’s Vizhinjam port expansion in Kerala, halting construction works for over 130 days. The protesters argue that the project’s breakwaters and dredging have caused devastating coastal erosion and degradation of fisheries. 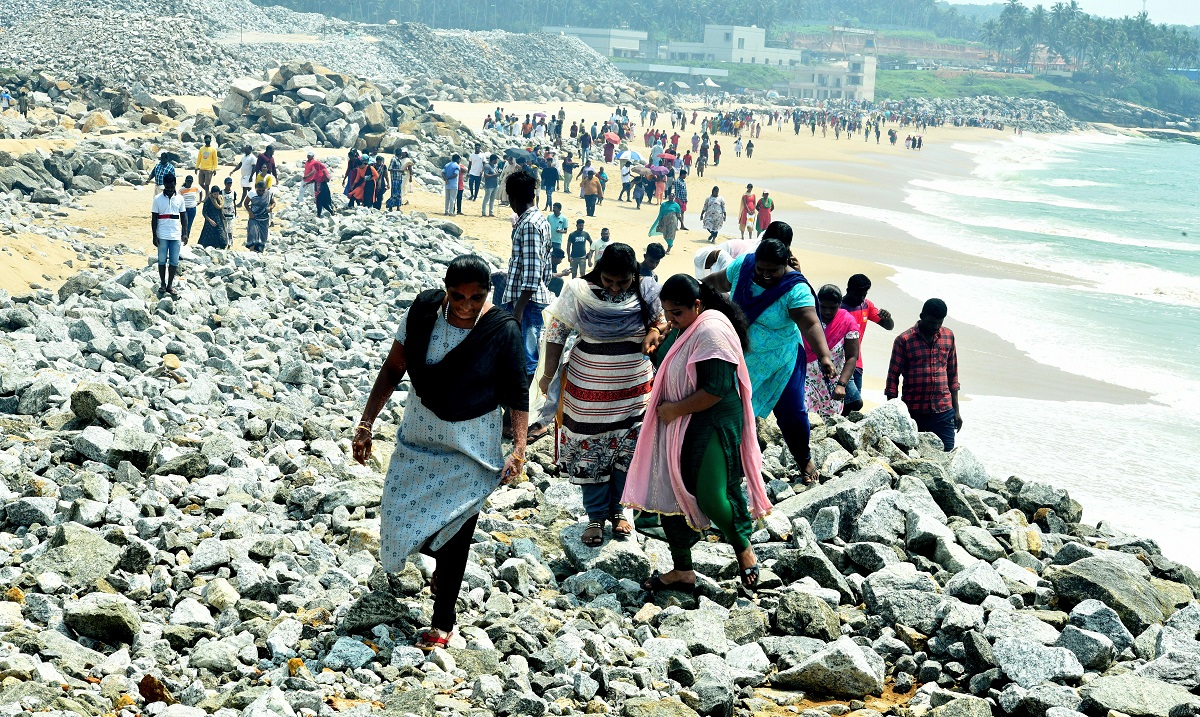 On the weekend of 26, 27 November 2022, according to Reuters, riot police were mobilised by the government. In the ensuing clashes, at least 50 people were reported to be injured. A police station was sacked and police vehicles damaged.

Amongst local leaders of the protest is the Catholic church. According to NewsClick, the police have booked archbishop Thomas J Netto and 15 priests, including auxiliary bishop Christudhas Rajappan, for the violence. In response, the Archdiocese alleged that the government has ‘scripted the violence’ and demanded a judicial inquiry to identify the ‘external forces’ creating the tension. 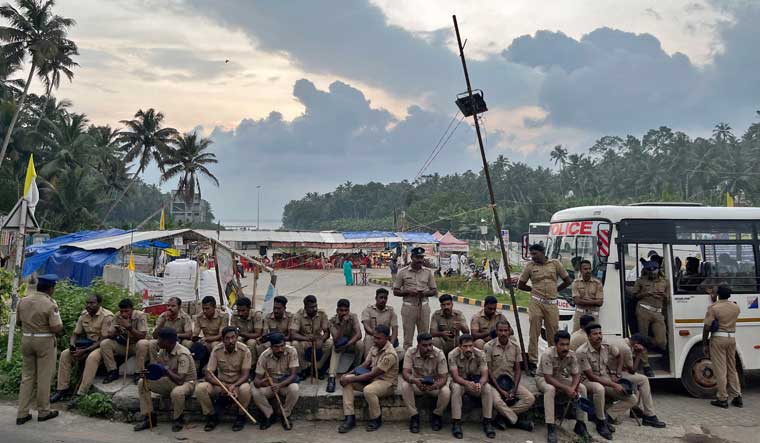 The dangerous religious component to the conflict was then exacerbated by some of the pro-Adani groups, when a Hindu group that, according to Reuters, is close to the ruling BJP party of Narendra Modi, organised its own demonstrations in favour of Adani’s port expansion.

Local observers have subsequently reported to AdaniWatch that this group has established a shelter in close proximity to the one erected by the fishing communities. With police, the government and opposition parties all calling for the protest to end and blaming anti-Adani protesters for the violence, there is a serious danger of Hindu attacks on Catholic citizens. 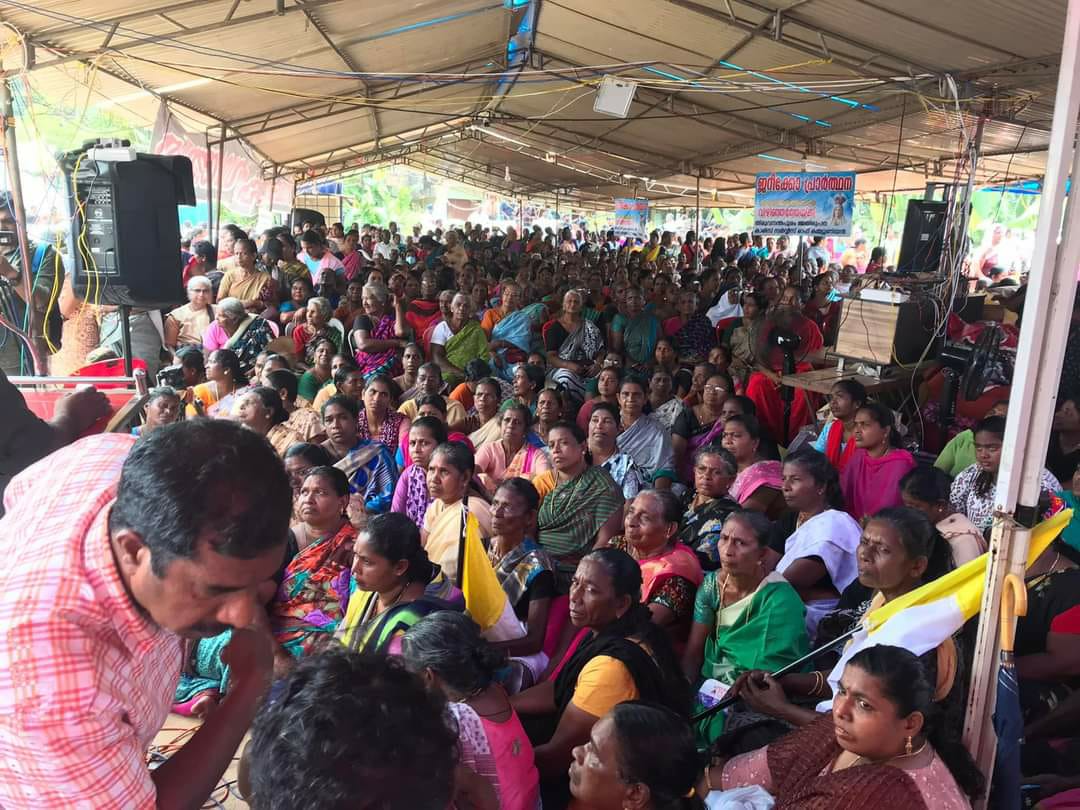 Meanwhile, the state government has waived the US $5 million that is the Adani joint venture’s share of the costs of acquiring the land for the contentious development. The decision was taken during a ministerial conference.

Technically, the $5-million concession has been given to the Vizhinjam Seaport Ltd, but the ultimate benefit will go to the Adani Group, according to media reports. Media reports say that the government disregarded a recommendation by its own revenue department that the funds should be recovered from the company. 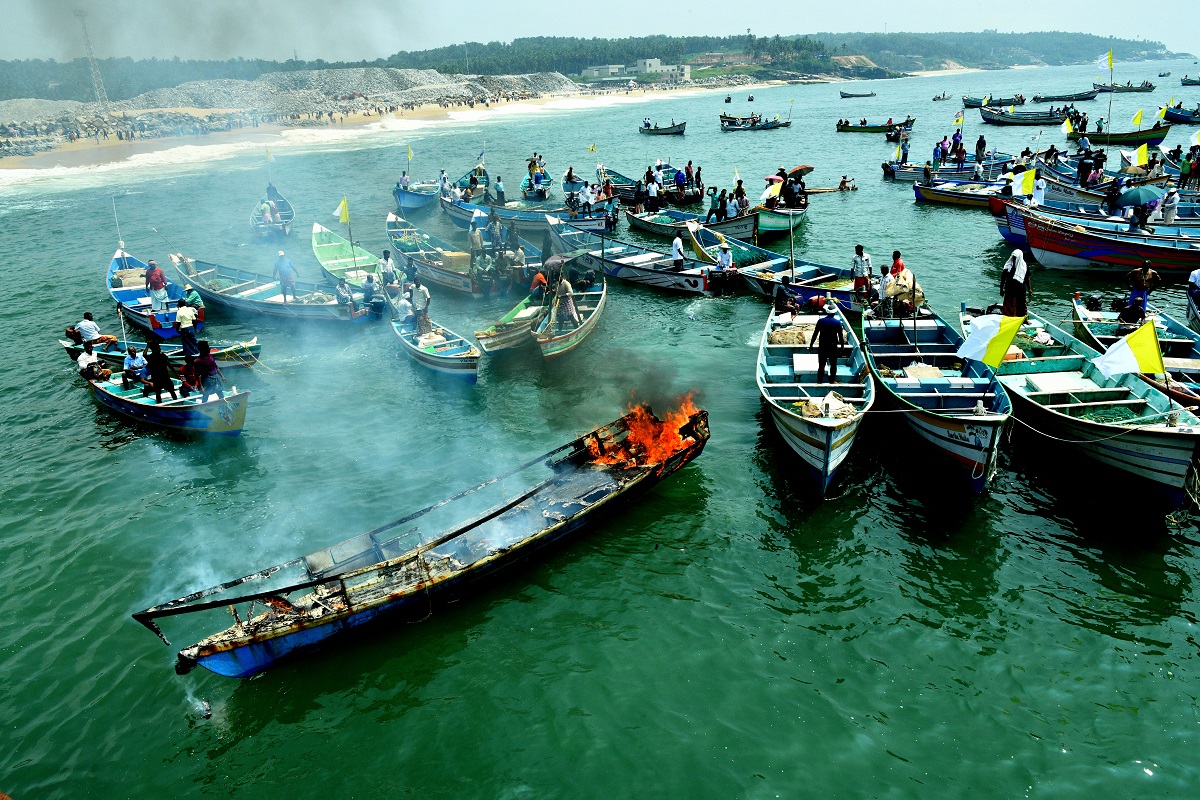 Earlier, the Vizhinjam International Seaport Limited (VISL) company issued a letter arguing that it was the government’s duty to acquire land for the project and bear the establishment cost.

When another government department took Adani’s side, the government made its decision to waive what would have been a US $5-million bill to the Adani-driven joint venture.