Geoff Law Oct 02, 2021
A village demonstration against coal mining in the Hasdeo forests in 2019.

For generations, tribal people have dwelled amongst the Hasdeo forests of north-central India. Their way of life is now jeopardised as new coal mines obliterate forests, farms and villages. Local advocates argue that the mining is illegal under various laws designed to protect tribal people (Adivasi). But that has not stopped governments from allocating huge coal deposits to the Adani Group to develop. Disgusted by the supine attitude of their elected representatives, the Adivasi people have planned a long march from the affected villages to the state capital. Today, the birthday of Mahatma Gandhi, their protest begins with a rally of local representatives.

This is an edited call to action by the Adivasi (indigenous) people of the Hasdeo forests:

To save the Hasdeo river, the forest and the environment, to save our livelihoods, culture and very existence, a grand gathering will occur on 2 October (the birthday of Mahatma Gandhi) from 11 am onwards, a ‘gathering of gram sabhas’ at Fattepur village.

On 4 October a 10-day long march from Fattepur to the state capital, Raipur, will commence.

The federal and the state governments, instead of protecting the rights of tribal and other traditional forest dwellers, have joined hands with mining companies and have been working towards devastating our forest and land. The threat of climate change has, in one way or another, threatened the existence of every creature on this planet; even then governments along with mining companies are eager to destroy the beautiful and huge Hasdeo forest.

As we all know, the Hasdeo forest is a vast stretch of contiguous forest which is rich in biodiversity. It is also the catchment area of the Hasdeo River and water supplies which quench the thirst of the people and fields. This is a habitat and corridor for important animals such as elephants.

In 2010, the federal Ministry of Environment Forests and Climate Change announced that the entire Hasdeo forest was a ‘No-Go Area’ for mining. However, under corporate pressure, the same ministry went against the decision of the Forest Advisory Committee of not allowing any mining in the Hasdeo forest and approved the Parsa East Kente Basen (PEKB) coal mine. 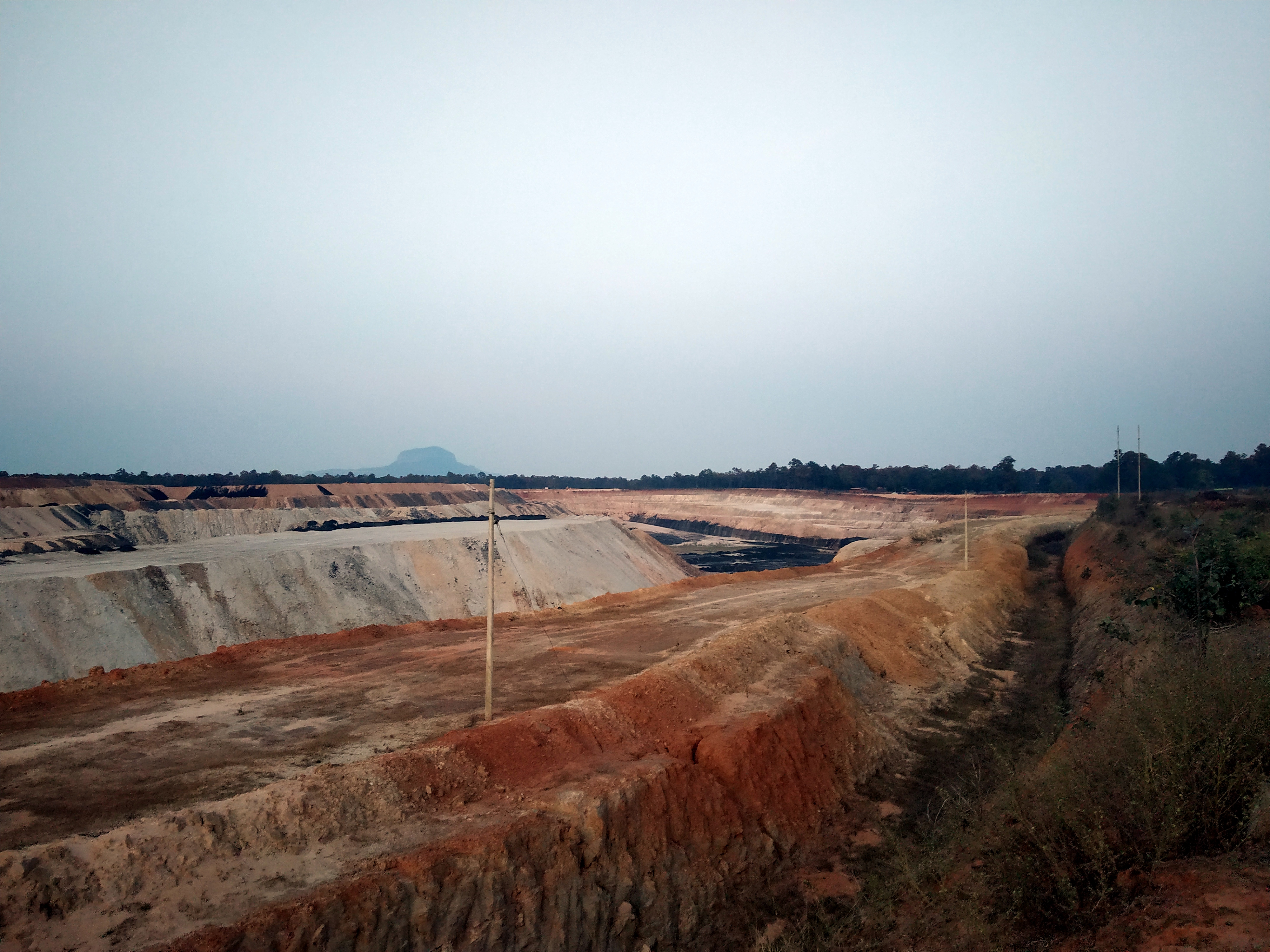 The National Green Tribunal (NGT) cancelled this approval in 2014. Now, coal mining in the 750 hectares of forest land continues on the basis of a stay order of the Supreme Court and, at present, we believe that this mine does not have any legal approvals for clearing the forest. In 2015, 20 gram sabhas (local representatives) of the Hasdeo Aranya region passed motions to the federal government which stated that no coal blocks within this region should be allocated or put up for auction. They said that if these allocations or auctions took place we would strongly oppose them and under no circumstances would we let our forest and land be destroyed.

We have constitutional rights to protect our water, forest, land, livelihoods and culture. These rights are granted to us through the Panchayat Extension in Scheduled Areas (PESA) 1996 and under Article 5 of the Scheduled Tribes and Other Traditional Forest Dwellers (Recognition of Forest Rights) Act (FRA) 2006.

Despite this, the corporate prostrating Modi government has allotted seven coal mines in our region for development by state-owned companies. The state governments have in turn appointed Adani to develop and mine some of these blocks as Mine Developer and Operator (MDO).

Following the resistance and campaign against these coal blocks by the gram sabhas, the national president of the Indian National Congress party, Rahul Gandhi, arrived in Madanpur in 2015 after consulting the Chhattisgarh team of the Congress party. There, at a gathering, he reassured Adivasis that his party stood alongside our struggle and would not let our lands and forests be destroyed. But today, having formed the government in Chhattisgarh, the Congress has turned away from this promise and is supporting the Modi government as it snatches our forests and lands for companies such as Adani and Birla.

After witnessing the massive opposition of the villagers and the gram sabhas towards coal mining, the Ministry of Coal under the Modi government is acquiring land from the Hasdeo Aranya using the Coal Bearing Areas Act 1957. We believe this is an attempt to bypass the consent that is otherwise required from the gram sabhas.

In 2019, in the village of Fattepur, we all sat in protest for 75 days with demands to cancel the land-acquisition process and to terminate actions against protest leaders. However, the state government did not take any cognizance of this. On the contrary, the government has been aiding Adani to start work in the mines for profit. 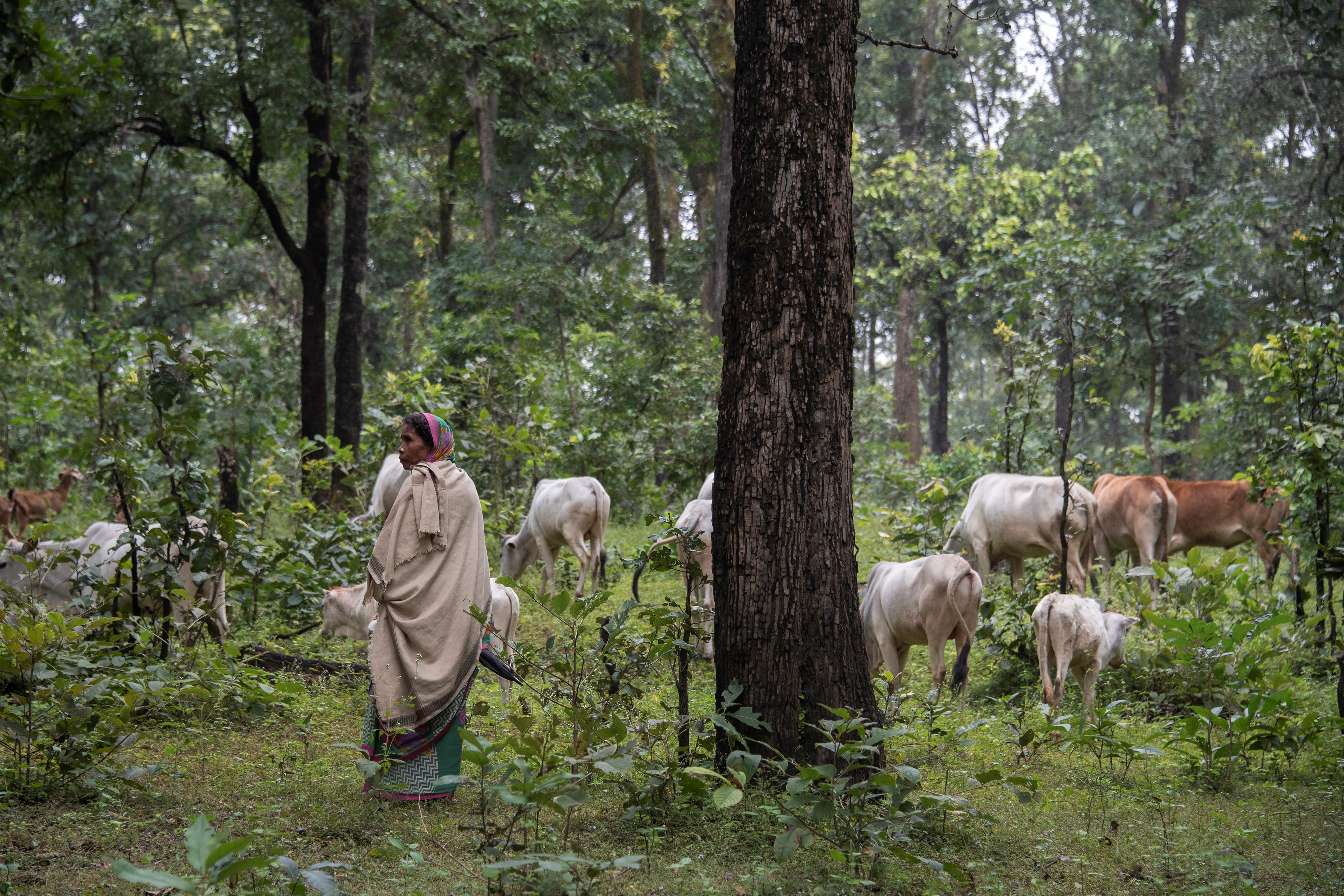 In these circumstances, we are bound to resist and conduct a satyagrah (literally ‘insistence of truth’, a term coined by Gandhi during the Indian Freedom Struggle) to safeguard our water, forest, land, livelihoods and culture. On the event of Mahatma Gandhi’s birthday on 2 October 2021, we will remember him and will repeat his oath of safeguarding villages for the India of his dreams. On 4 October, we will bow to him and start our march from Fattepur village to Raipur, the capital of the state of Chhattisgarh.

We appeal to all citizens who love the Constitution and Democracy, all who are committed to safeguard the waters, forests, land and environment, and all sentient citizens to join us in this gathering and the march.