The persecution of a senior journalist in India as a result of defamation cases initiated by the Adani Group comes at a time of a wider government crackdown on press freedoms. The unsafe climate for journalists has been reported globally.

Last month, international press watchdogs objected strongly to the issuing of an arrest warrant against journalist Paranjoy Guha Thakurta by a court in Gautam Adani’s home state of Gujarat. The warrant arose from a 2017 defamation case by Adani from which all defendants other than Paranjoy have been dropped. The International Federation of Journalists (IFJ), Indian journalist unions and other media groups condemned the warrant and the Adani Group’s use of defamation cases to stifle public criticism.

Last week, a higher court suspended the above ‘non-bailable arrest warrant’ (effectively a prison term) against Paranjoy. It’s a reprieve. Nevertheless, the 65-year-old journalist is still required to travel during a deadly pandemic from his home in Delhi to a court in far-off Gujarat. This is manifestly unfair.

In addition, a gag order applied by a different court in relation to another case brought by Adani against Paranjoy still applies. The gag order prevents Paranjoy, Abir Dasgupta (a frequent contributor to AdaniWatch), and the media outlet NewsClick from publishing stories about the Adani Group. The gag order has applied since September 2020. As the Adani Group is one of India’s biggest conglomerates, with businesses in mining, energy, ports, defence industries, real estate, gas, edible oils and logistics, the gag order seriously undermines the ability of the media to report on matters of vital national interest. 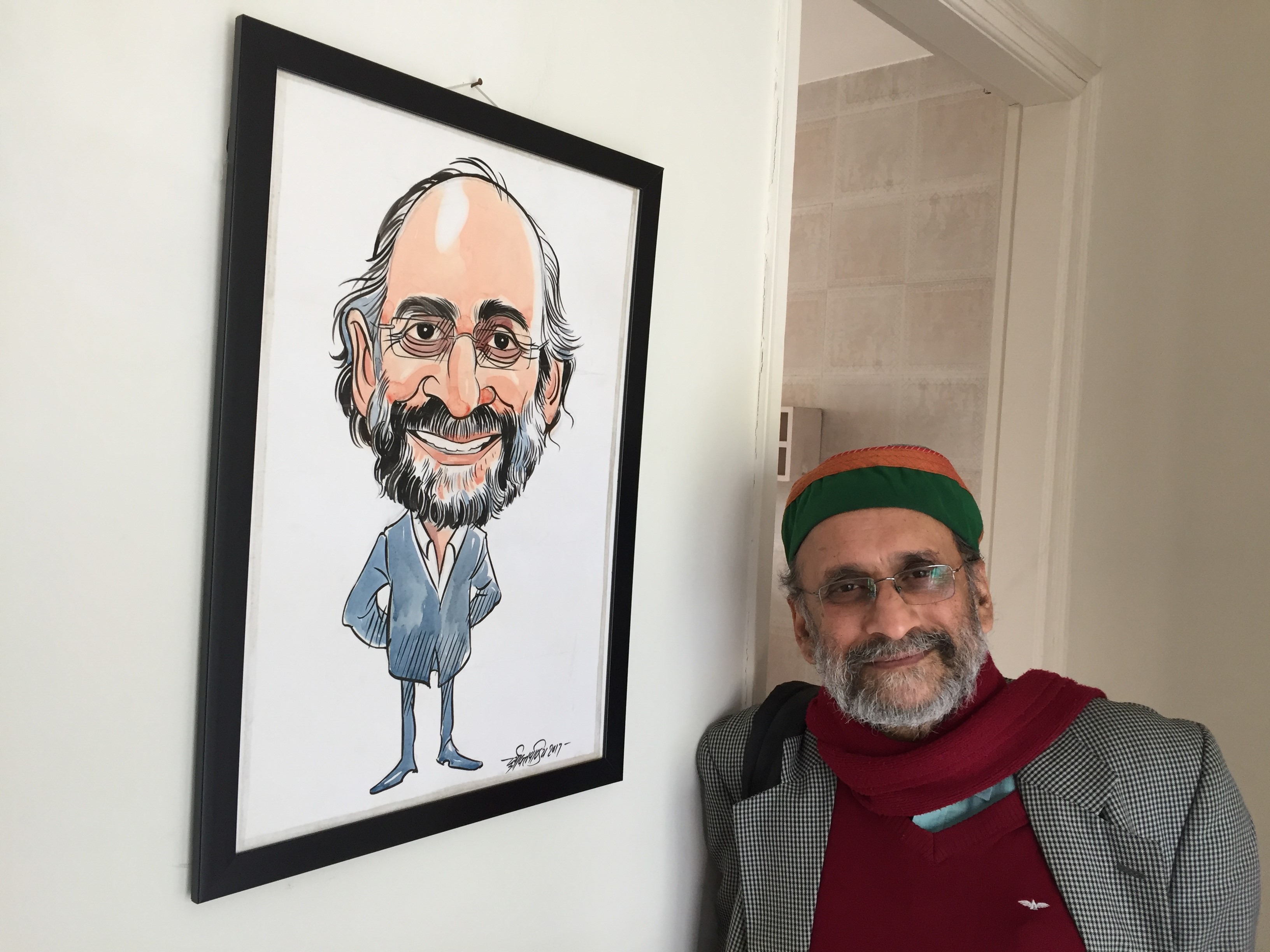 Adani’s attempt to muzzle its critics comes at a critical time for India.

In recent months, large, rowdy protests have occurred across the length and breadth of the nation, involving people from all walks of life. The causes are many but there is a common theme. People are sick of crony capitalism in general – and are particularly angry about the notorious closeness between Prime Minister Narendra Modi and billionaire Gautam Adani.

According to media reports, Gautam Adani tripled his wealth in 2020, cementing his position as India’s second richest person with assets worth an estimated $32 billion. Meanwhile, hundreds of millions of his compatriots have suffered the economic and biological ravages of the COVID-19 pandemic.

The most prominent dispute that has brought people on to the streets has been the Modi Government’s move to deregulate the country’s agricultural sector through new farm laws. Since early December, literally millions of angry farmers have regularly brought traffic to a standstill in metropoli such as New Delhi, Mumbai, Kolkata and Bengaluru, as well as smaller centres across the sub-continent. The Adani Group is seen as a beneficiary of the laws but in media statements has sought to downplay its involvement in the sector.

In late January 2021, employees at the Trivandrum international airport in the south-western state of Kerala protested at the takeover of the airport by Adani. The airport is one of six privatised by the Modi government and handed over to the Adani Group, despite the group’s lack of prior experience in managing and operating airports. In February 2021, an airport union challenged Adani’s takeover of the Mangaluru airport (another one of the six) in the High Court of the state of Karnataka.

Back in Kerala, fisherfolk have regularly taken to the streets and to the sea to oppose the massive breakwater and dredging works undertaken by the Adani Group in its redevelopment of the Vizhinjam container port. They say the works are destroying their livelihoods and turning a previously safe harbour into a ‘death trap’.

Just north of the huge eastern city of Chennai, there has been a constant drum beat of dissent against the Adani Group’s plans to obliterate rich wetlands by building yet another massive port complex. Local opposition to the destruction of Pulicat Lake sparked an international week of actions against Adani’s plans in late January 2021.

The Adani Group’s response to the public eruption of criticism has been to seek a crackdown on press freedoms from the government and the courts. In January, Adani secured a court order against YouTuber, Vinay Dubey, the creator of Loktantra TV. The broadcaster was prevented from airing stories about the Adani Group. Adani claimed Loktantra TV had said that Adani Agri Logistics was building food-grain facilities to hoard food to sell later at higher prices, an allegation Adani vehemently denied. 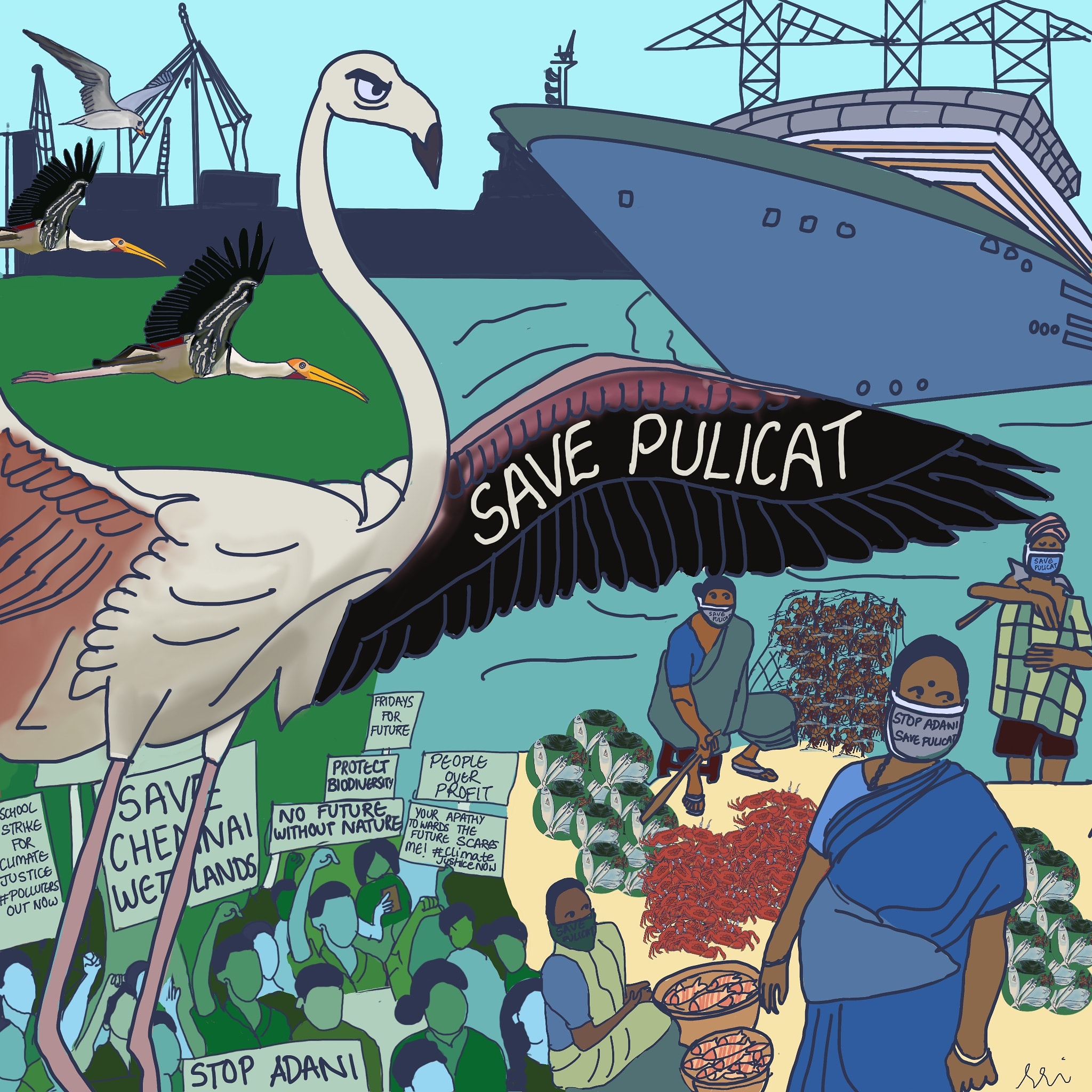 In December 2020, according to media reports, the Adani Group wrote to the Modi government seeking an intervention against ‘fake news’. The letter reportedly complained of ‘a planned attempt to malign the reputation of the prominent business houses through fake news on Twitter to systematically wreak havoc even as the Centre has launched a campaign focusing on making India self-reliant in various sectors to promote investments and generate jobs locally’. It called for the government to crack down on such attempts with ‘the utmost severity’.

This came on top of the Adani Group’s lawsuit against Australian climate campaigner Ben Pennings and associated attempts to raid his house and stalk his young family. The actions sparked fears that journalists could be targeted if they published materials deemed sensitive by the Adani Group.

In a letter posted to Twitter, Adani attempted to justify its actions against Indian citizens in the courts. The letter said the ‘Adani group believes in the free speech that promotes truth and serves the national interest’. It said it was impacted by ‘the malicious campaigns by forces inimical to our national interests’.  It said ‘some attacks had been mounted by vested interests to sabotage India’s strategic interests.’

The letter then presented what could be interpreted as a rather ominous threat: ‘But if, under the pretext of free speech, we see damage to our strategic interests as well as impact on our shareholders that put their trust on us, then we are left with no option but to act to protect our interests.’

Clearly, the Adani Group is attempting to argue that its interests and India’s national interest are one and the same. Is Adani foreshadowing that future attempts to silence its critics will be cloaked in nationalistic arguments?

Such moves come at a fraught time for press freedoms in India.

In late January 2021, in the midst of escalating protests, police registered a formal action against the founding editor of The Wire, Siddharth Varadarajan, for airing reports that a protesting farmer died of a bullet wound.  Such actions against editors and journalists were slammed by the Editors Guild of India.

In early February, it was reported that internet access in parts of the greater Delhi area had been cut by the Department of Information and Public Relations of Haryana (run by the BJP, the same party as that of PM Modi). The draconian move was ostensibly ‘in the interest of maintaining public safety and averting public emergency.’ The relentless attack against journalists in India has been reported by the BBC.

Adani’s moves to clamp down on critics of the stature of Paranjoy Guha Thakurta are equally oppressive.