‘When the coal mine was dug, the jungle and the fields were destroyed forever. The routine of taking cattle for grazing stopped, and the hills and waterfalls sunk into a hole in the ground.’

On 2 October 2021, Mahatma Gandhi's birthday, Munneshwar Singh Porte and the rest of his Adivasi (indigenous) community gathered in Fattepur village, in the Indian state of Chhattisgarh, for a large village assembly (gram sabha). Following Gandhi's philosophy of peace and non-violence, the Adivasi people were there to discuss Adani’s coal mining-ventures that once again threaten their ancestral lands.

The 26-year-old Munneshwar, father of two young children, attends the event in the hope of safeguarding his forests and livelihoods for the next generation. His village, Fattepur, is situated in Hasdeo Aranya, a vast stretch of contiguous forest in the heart of central India. The 170,000-ha Hasdeo forest, also known as the ‘lungs of Chhattisgarh’, is home to several indigenous communities, such as the Gond, Oraon, Kunwar and many others, who have thrived in a reciprocal relationship with their environment since time immemorial.

‘If you were to ask me how much money I spend annually to sustain my family, I would not be able to tell you. I only have to buy tea leaves and sugar. And this is because everything that we need for our subsistence is either grown by us, or provided by the forest,’ stated Munneshwar. His forest is home to several endangered animal species such as Asian elephants, sloth bears and big cats, and is also the catchment area of the Hasdeo and Mand rivers, which irrigate thousands of agricultural fields across Chhattisgarh. 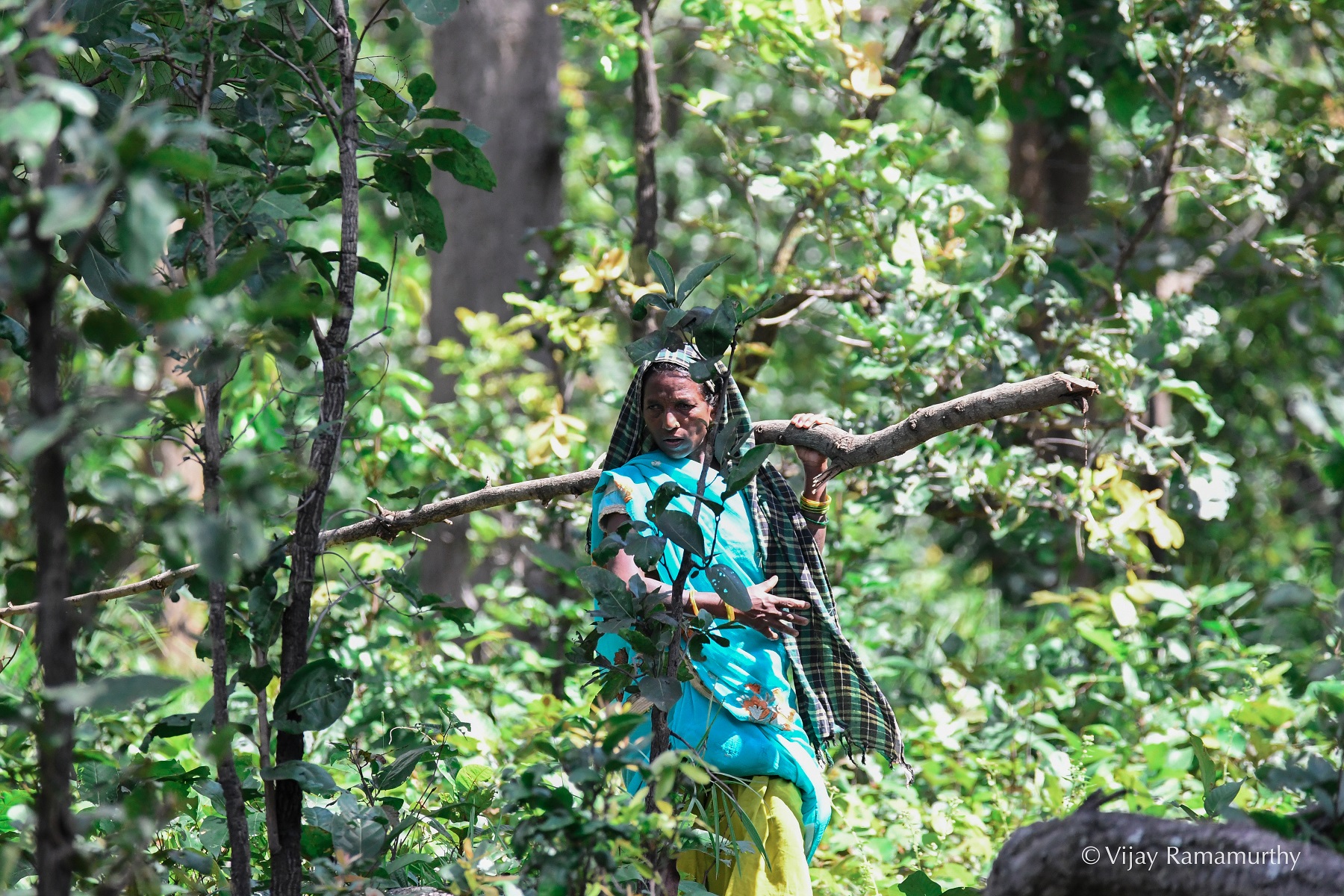 Because of the ecological sensitivity of the region, the federal environment ministry declared Hasdeo Aranya a ‘no-go zone for mining’ in 2010. However, this status was revoked in 2011, and two years later, the first coal mine in the Hasdeo forests — the Parsa East Kete Basen (PEKB) — began operations with Adani Enterprises as its mine developer and operator.

‘At that time we did not know what a mine was, so we consented to it, thinking that it would lead to the development of the country,’ laments Ramlal Kariyam, a member of the Gond community and resident of Salhi, one of the villages affected by the PEKB mine. 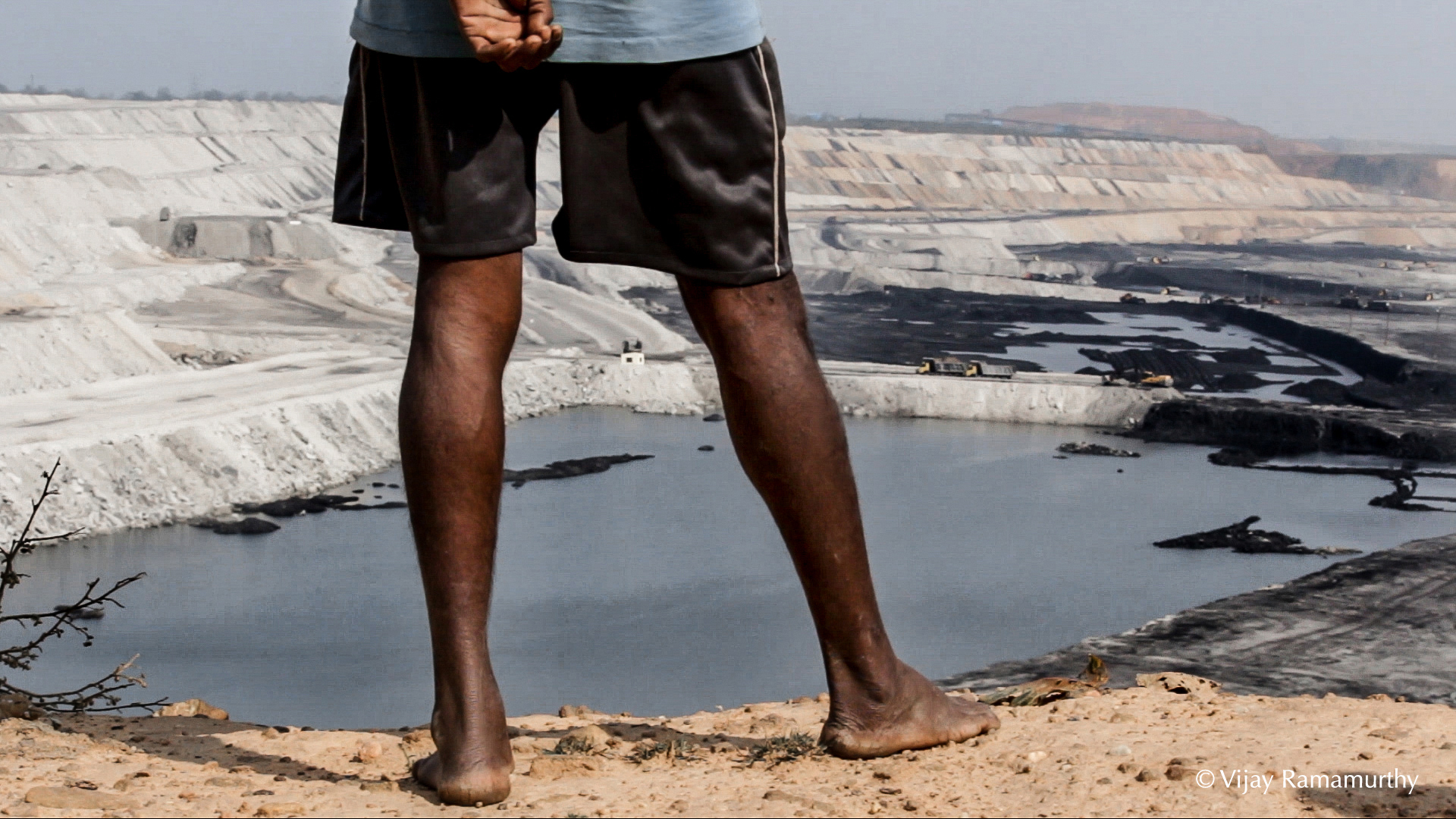 The few people that were aware of the potential repercussions of the mine, such as Balsai Korram, had put forward 33 conditions, based on which the mine could be established. ‘However, to this day, none of these conditions has been met,’ claimed Balsai Korram, an Adivasi leader of Hariharpur village.

Munneshwar has since been resisting coal mining after he, along with his community, felt its devastating impacts.

‘When the PEKB mine was dug, the jungle and the fields were destroyed forever. The routine of taking cattle for grazing stopped, and the hills and waterfalls sunk into a hole in the ground,’ said Mangalsai, a resident of Hariharpur village.

In 2015, Adani Enterprises and a state power company were allocated yet another huge deposit of coal in the Hasdeo forests, the Parsa coal block. This time, the Adivasi people, having felt the negative effects of the PEKB mine, strongly resisted the corporations that still had to acquire the necessary forest and environmental approvals before commencing operations.

The first attempt by Adani to obtain environmental approvals for the Parsa coal mine was a failure. The Adivasi resistance movement prevented the company officials from setting up public hearings in their villages, and reiterated that they would not allow any further mining on their lands. The Adivasi’s proclamations were ignored, and later, Adani Enterprises obtained the environmental approvals for the Parsa coal mine during a public hearing held in Basen, a village that fell outside the affected area. The move to set up a public hearing outside of the concerned villages is a clear violation of procedures established by the Ministry of Environment, Forests and Climate Change (MoEFCC).

‘For this public hearing, people from other villages were put into buses and brought to the hearing so fabricated support for the Parsa mine could be staged. These people were not even going to be affected by it, and therefore had no legitimate right to give consent at such a public hearing,’ exclaimed Ramlal Kariyam.

With regards to the last process of land acquisition for mining — the forest approval — some Adivasi people claim to have been forced to provide consent to the mine.

Adani Mining Enterprises, allegedly hand-in-glove with the government, is now a defendant in the Chhattisgarh High Court and the National Green Tribunal due to the means used to obtain both environmental and forest approvals. Despite the mine being sub judice in two different courts and on two different grounds, the Chhattisgarh Environment Conservation Board (CECB) issued formal consent to establish the Parsa coal mine in December 2020, and Adani Mining Enterprises has moved ahead with the construction of the infrastructure needed to operate the new venture.

‘We stop them during the day, but they come and continue their work at night,’ says Majhi Ram Porte, a resident of Hariharpur village who opposes the mine. 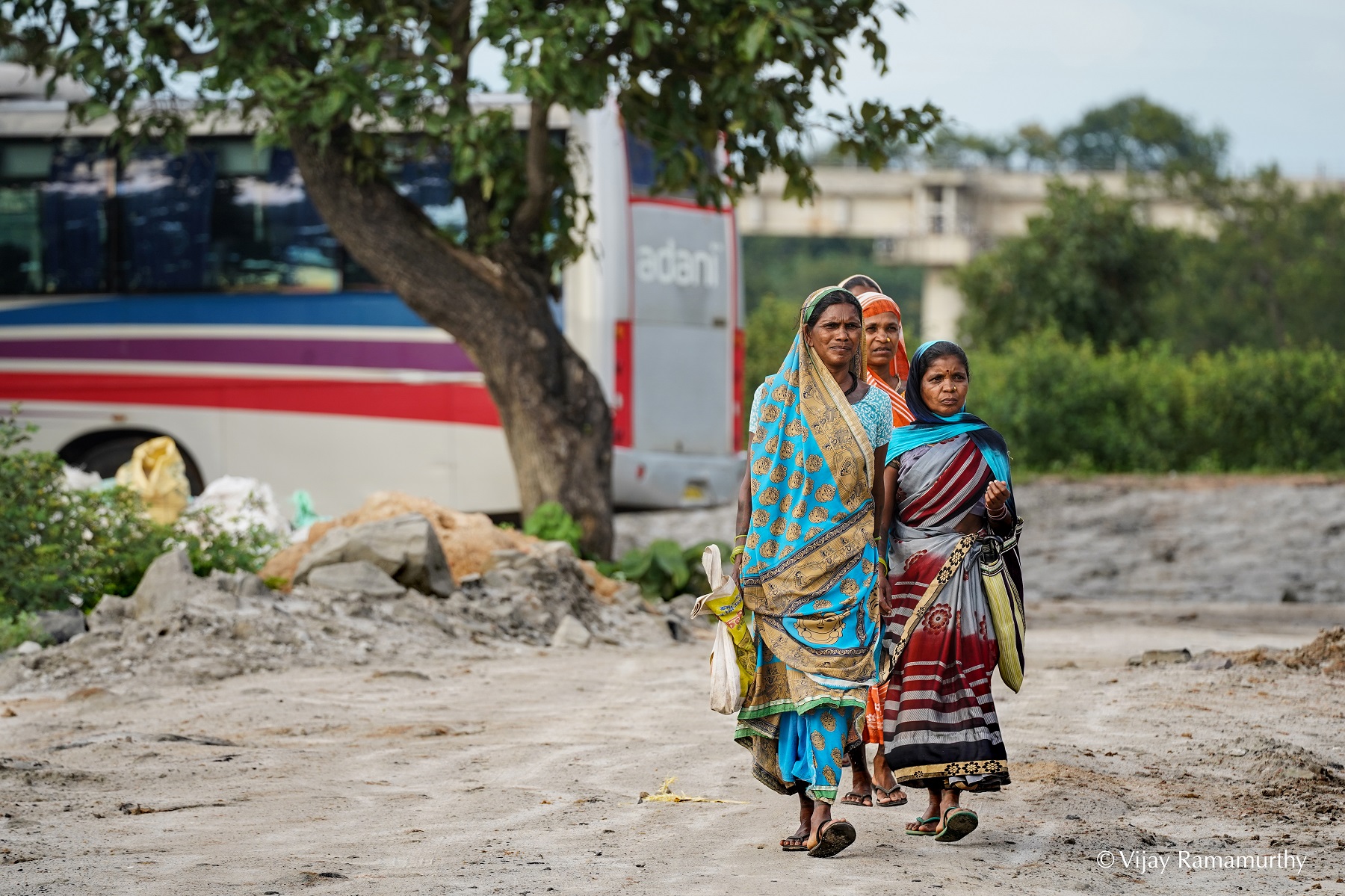 The affected Adivasi people, who have been patrolling the area to stop Adani’s workers from irreversibly destroying their land and forests, are now told that parts of their village have been acquired as private property. ‘This has been my land for generations, and today I am called a trespasser whenever I take my cattle out for grazing,’ says Porte.

‘This is our land. We have not stolen it from anyone. We have been here for more than 10 generations and no one will take us away from our Mother. We are not doing anything wrong, only protecting what is ours, so we are not going to be intimidated,’ stated a group of Adivasi women from Salhi village.

With little else besides their bows, arrows and slogans to protect their ancestral lands from further mining, the Adivasi people of Hasdeo Aranya followed the village assembly (gram sabha) with a 300-km Padyatra to Raipur, the state capital of Chhattisgarh, where they hope to uphold their constitutional rights. However, neither the village assembly nor the Padyatra was free of barriers. The Adivasi people of Hasdeo faced hostility as they and their leaders were verbally harassed and obstructed from exercising their human right to protest — hurdles allegedly orchestrated by supporters of Adani’s coal agenda.