A consortium led by a company headed by one of the world’s richest men, Gautam Adani, has sealed a deal to privatise one of Israel’s largest ports. The new agreement deepens India’s growing ties with Israel. This follows several years of a strained relationship when New Delhi was more supportive of Palestine – a position decisively reversed by the government of PM Narendra Modi, who is perceived to be close to Adani.

On 10 January 2023, the Finance Ministry of Israel finalised the privatisation of Haifa Port Company for a purchase price of 4 billion shekels (US $1.18 billion) to a consortium that is 70% owned by Adani Ports and Special Economic Zone Limited (‘Adani Ports’), the remaining 30% being held by Israel’s Gadot Chemicals, Tankers and Terminals Limited. 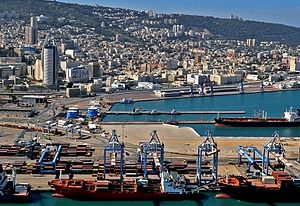 The privatisation plan had been in the offing for nearly a decade but did not materialise because of opposition by workers at Haifa port. The plan has now been realised with New Delhi and Tel Aviv both backing the deal.

Israel and India have had close military ties for decades and these links have recently become stronger with another company in the Adani Group joining with an Israeli firm to make defence-grade unmanned aerial vehicles, popularly called drones. The two countries had a cold diplomatic relationship until the early 1990s but that has changed dramatically.

Haifa is a port city in northern Israel. It is the country’s third largest urban centre with a population of over 270,000. The port of Haifa is one of Israel’s major economic hubs because it has road, rail, and sea connections to other parts of Israel and to neighbouring countries. It is also a major tourist destination; several educational institutions are located in Haifa. 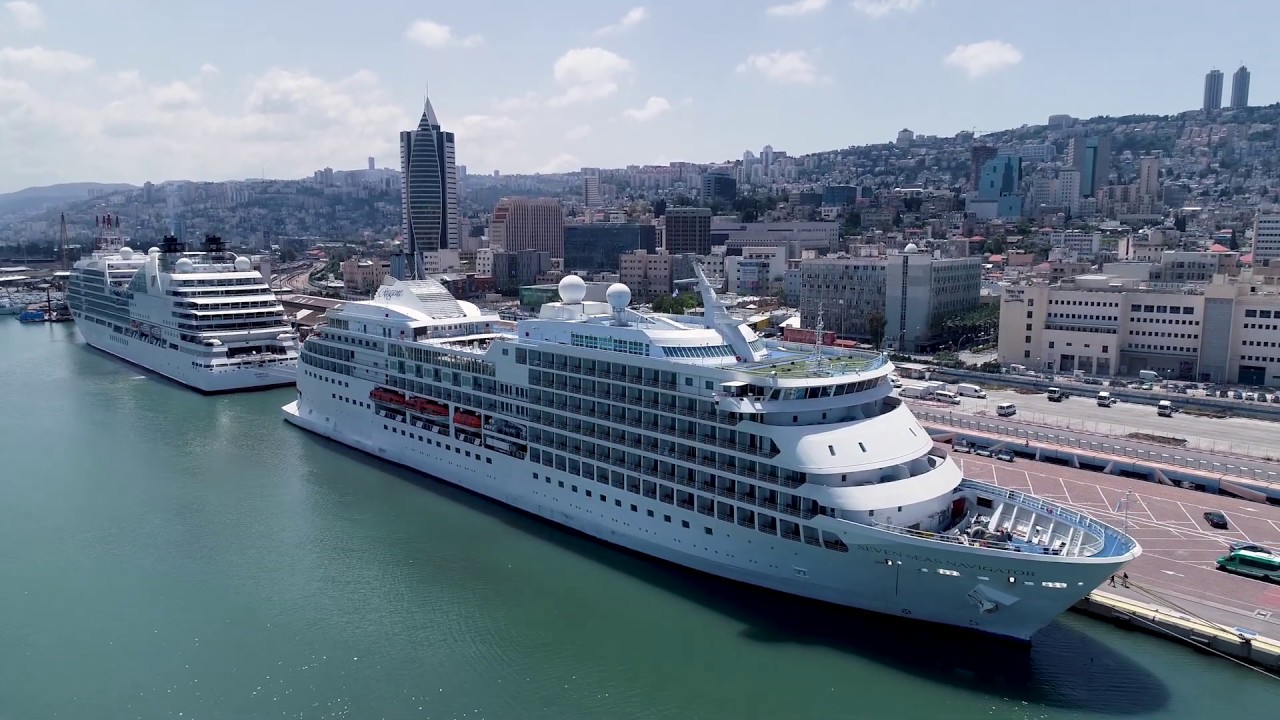 Located 90 km from the capital city of Tel Aviv, Haifa handles about 30 million tonnes of cargo each year, making it the second largest port in the country. Nearly half of Israel’s containerised cargo is handled by Haifa, which is also the principal port for passengers, including those on cruise ships. The port directly employs 1000 workers, and up to 5000 people are engaged when traffic peaks.

The Jerusalem Post reported that on 28 December 2022, Israel’s finance minister, Avigdor Liberman, and transport minister, Merav Michaeli, signed an agreement to privatise the Haifa port. It said this had been ‘first decided in 2003 as part of a reform plan for the country’s sea ports to increase competition at the ports and improve their efficiency.’ While Liberman was proud of one of the ‘last steps’ he had taken in the finance ministry, Michaeli also signed on the dotted line despite having claimed earlier that she had not favoured privatization.

She was quoted saying: ‘As you know, I am not a big supporter of privatisation, and the process of privatising the port of Haifa began before I took office. However, I made sure that it would be done in the cleanest and most responsible way for the benefit of … the entire Israeli economy.’ 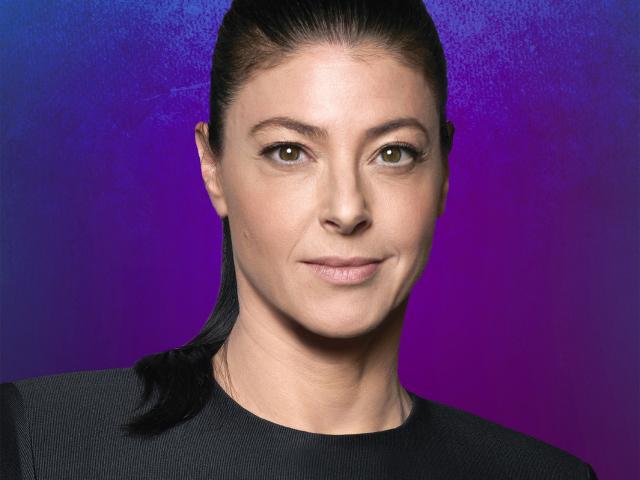 Labour strikes have been a common occurrence in Haifa port. There are reports from 1991, 2003 and 2014 about workers protesting against the privatisation of the port. In 2018, the Israeli government signed an agreement with workers’ unions paving way for privatisation.

According to the agreement, ‘one in five employees (between the ages of 50 and 64) will need to choose to depart, at a cost of 2.5 million shekels (about $664,700) per person, and that the port will be sold off in cooperation with the employees and their union.’ 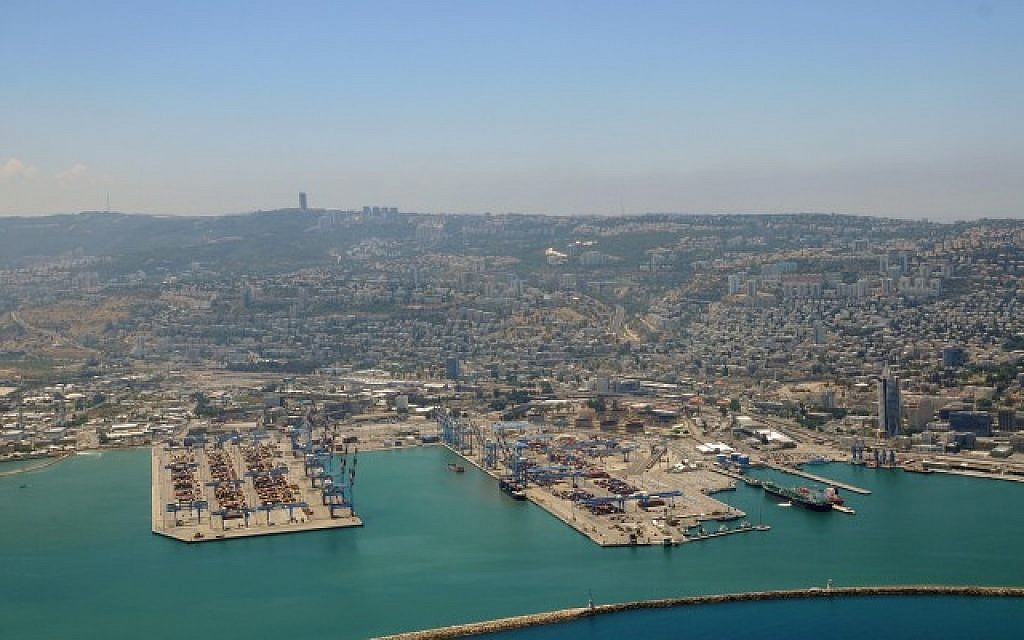 The Israeli Government has argued that privatisation will reduce expenses and the current waiting times for loading and unloading of ships. Almost all of Israel’s imports and exports are transported by ship.

On 21 January 2020, the Ministerial Committee for Privatisation Matters in Israel adopted a resolution  to privatise Haifa Port Company and released a tender document to start the process. Eighteen applications were received from across the globe, including from companies headquartered in the US and Europe, besides Israel and India. No application came from any Chinese company – although the government-owned Shanghai International Port Group operates another port in the vicinity across the bay.

In July 2022, the Israeli government announced that the best bid to privatise Haifa port had come from a consortium led by Adani Ports and Israel’s Gadot Group. It was reported that this consortium had offered 55% more than the second-highest bid, a much higher price than had been anticipated, leading the others to back out from the bidding process.

The chairman of the board of directors of Haifa Port Company Eshel Armoni gushed that the completion of the privatisation process was a ‘certificate of honour’ for the company’s managers and employees.

The global news agency Reuters reported: ‘The sale of one Israel’s main seaports has taken five years and marks the culmination of a nearly two-decade reform of an underperforming sector plagued for years by labour strikes.’

The APSEZ-Gadot consortium had asked the Israeli Ministry of Finance to delay payment of $1.18 billion in September 2022. The request came weeks after a report was put out by debt research firm CreditSights, part of the Fitch Group, saying that the Adani Group was highly ‘overleveraged’ and that the books of group companies in the power sector had ‘calculation errors.’

The privatisation of Haifa port follows the conclusion in February 2022 of a free-trade agreement, officially called a Comprehensive Economic Partnership Agreement, between India and the United Arab Emirates. A similar agreement between Israel and India is reportedly in the works.

The website Modern Diplomacy has written: ‘The port acquisition bolsters what analysts Gokul Sahni and Mohammed Soliman describe in a co-authored article as the rise of an Indo-Abrahamic bloc that is gradually solidifying the creation of a West Asian system.’

Relations between Israel and India have not always been so cordial. Until 1950, Israel was not recognised as a country by newly-independent India. The ‘father of the nation’ of India, Mahatma Gandhi, opposed the creation of Israel as an independent country on ‘religious terms.’

Albert Einstein had written to India’s first prime minister, Jawaharlal Nehru, asking him to recognise Israel, but Nehru did not accede to the request because he did not want to antagonise Muslim countries in West Asia.

Supporters of the Rashtriya Swayamsevak Sangh (RSS), whose political wing is India’s right-wing Hindu Bharatiya Janata Party (BJP) were, however, in favour of India having formal ties with Israel. The BJP is the party of India’s prime minister, Narendra Modi.

It was not until 1992 that India opened its embassy in Tel Aviv. In 2000, Lal Krishna Advani became the first Indian cabinet minister to visit Israel. In 2003, Ariel Sharon became the first prime minister of Israel to visit India – on both these occasions, a BJP-led coalition government was in power in New Delhi.

As chief minister of the state of Gujarat, Narendra Modi visited Israel in October 2006. In July 2017, he became the first Indian prime minister to visit Israel when his counterpart in that country was Benjamin Netanyahu. The following year, the Israeli prime minister visited India.

India is currently Israel’s biggest buyer of armaments and military equipment. After Russia, Israel is India’s biggest supplier of defence hardware and software. India-Israel ties have deepened in recent years.

One example is the March 2016 ‘statement of intent’ that was signed between Adani Aero Defence Systems and Technologies Limited, a part of Adani Enterprises Limited, and Elbit-ISTAR of Israel to produce drones.

With the Indian government solidly behind him, Adani’s international footprint has now spread well beyond coal mining in Australia and Indonesia, and trading in east and west Asia, to major enterprises in Israel.