Adani Group under scrutiny for links with brutal Myanmar military

The Adani Group is coming under increasing scrutiny for its links with Myanmar’s brutal military. Myanmar military organisations perpetrated the 2017 killings, torture, dispossession and rape of Rohingya people, becoming the subject of UN investigations and international sanctions.

The Adani Group’s links to the Myanmar military include an Adani port development on land in Yangon owned by a corporation run by the military, and the 2019 visit to one of Adani’s ports in India by Myanmar’s commander in chief, a senior general on whom the USA has imposed sanctions. A UN mission to Myanmar found that the Adani Group was a ‘stark example’ of how foreign businesses can risk contributing to – or being linked with – the crimes against humanity carried out by the Myanmar military. To add further controversy to this mix, Australia has invested in the parent company of Adani’s Yangon port development.

In December 2020, the ABC reported that Australia’s sovereign-wealth body, the Future Fund, had invested $3.2 million in Adani Ports and Special Economic Zone (‘Adani Ports’), the parent company of the developer of a new port in Myanmar’s biggest city, Yangon. The port is being established on land owned by a corporation that is, in turn, owned by the Myanmar military (otherwise known as the ‘Tatmadaw’). 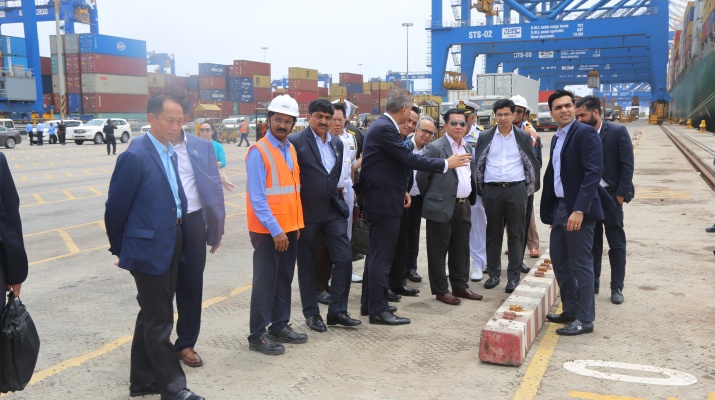 In January 2019, it was reported that the Adani Yangon International Terminal Co Ltd had received approval from Myanmar authorities to establish a container port in Yangon. The company was to develop, operate and maintain the Ahlone International Port Terminal on the Yangon River about six km from the centre of the city. (See interactive map for location) The deal was said to be worth $US290 million. About 20 hectares of land were to be leased from the Myanmar Economic Corporation (MEC), a large company owned by the Myanmar military.

According to the UN Mission that investigated the abuses in Myanmar, the MEC is fully owned and controlled by the Myanmar Ministry of Defence and is a direct source of revenue for the military. The Mission cited evidence that the MEC and other military-controlled entities generate revenue that dwarfs that of any civilian-owned company in Myanmar. The MEC therefore helps enable the operations of a military machine accused of genocidal crimes.

The MEC also has a wholly-owned private subsidiary, Myanmar Economic Corporation Ltd (MEC Ltd), whose board is reported to include Chiefs of Staff of the Army, Navy and Air Force, with the implication that it is influenced by senior leaders such as the Commander-in-Chief of the Armed Forces, Senior General Min Aung Hlaing.

Senior General Min Aung Hlaing has been described as a potential future president of Myanmar. On 5 November 2020, the Tatmadaw declared that his rank is equivalent to that of Vice President of Myanmar. In December 2019, the USA imposed sanctions on Senior General Min Aung Hlaing for his role in presiding over the military while it perpetrated atrocities on the Rohingya people.

According to his own website, Senior General Min Aung Hlaing toured Adani’s massive port complex at Mundra (India) in 2019 and exchanged gifts with officials of Adani Ports.

The report of the Independent International Fact-Finding Mission on Myanmar (‘the Mission’) established consistent patterns of serious human-rights abuses in the Kachin, Shan and Rakhine states of Myanmar. The Mission concluded that many of these violations amounted to crimes against humanity, including murder, imprisonment, enforced disappearance, torture, rape, sexual slavery, persecution and enslavement. In Rakhine State, the elements of crimes against humanity, such as extermination and deportation, were also found to be present. The violations were principally committed by the Myanmar security forces, particularly the Tatmadaw. The Mission concluded that ‘there is sufficient information to warrant the investigation and prosecution of senior officials in the Tatmadaw chain of command, so that a competent court can determine their liability for genocide in relation to the situation in Rakhine State.’

The Mission said that UN member states (such as Australia and India) should impose targeted financial sanctions against all Tatmadaw-owned companies, including the MEC and its subsidiaries. It found that ‘any foreign business activity involving the Tatmadaw and its conglomerates MEHL and MEC poses a high risk of contributing to, or being linked to, violations of human rights law and international humanitarian law’.

The Mission said that a ‘stark example’ of such a link is that of ‘the Adani Group, of India, which is leasing land in Yangon from MEC for 50 years for USD 290 million for the construction of Ahlone International Port Terminal 2’ (p.51). 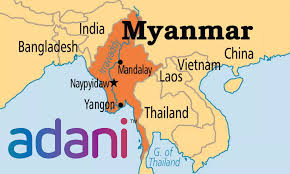 Adani’s links to the perpetrators of crimes against humanity in Myanmar have been widely condemned.

In the Australian parliament, Senator Nick McKim slammed the Adani Group's deal with the MEC, which he described as the 'bagman' for the brutal Myanmar military.

The Australian Centre for International Justice (ACIJ) called for Australia to divest from Adani Ports because ‘it is doing business with those who stand accused of genocide and crimes against humanity’.

In the same statement, Mohammad Junaid from the Burmese Rohingya Community in Australia, said ‘it is shocking to the Rohingya people that Australia’s Future Fund has invested in a company that is doing business with the Myanmar military. The UN has condemned foreign companies profiting at our expense. The Future Fund must divest from Adani and any other business linked to the Myanmar military. Adani’s investors must also cut ties with them. Our message to businesses is simple, stop funding the pockets of the military which has allowed them to commit genocide against my people.’

The same sentiments were strongly expressed in a thoroughly researched letter from the ACIG to former Australian Treasurer, Peter Costello, the chairman of the board of guardians of the Future Fund.

Chris Sidoti, an Australian lawyer and member of the UN's Independent International Fact-Finding Mission on Myanmar, said ‘Adani is in bed with the Myanmar military and now it seems the Future Fund is in bed with Adani.’

‘Australia's sovereign wealth fund should follow the lead of similar funds in other countries [moving] towards disinvesting from companies in league with Myanmar's murderous military.’

The ‘ethical minefield’ of doing business with Myanmar has recently been discussed in ‘The Conversation’. The article specifically mentioned Adani’s port development in Myanmar.

In response to the ABC story, Adani issued a statement defending its Myanmar port deal. It argued that the development would bring significant economic benefits to Myanmar. It confirmed that the port will be established on land leased from the MEC but that this had occurred after ‘extensive due diligence’. An Adani spokesperson said ‘while some nations, including Australia, have arms embargos and travel restrictions on key members of the military in place, this does not preclude investment in the nation or business dealings with corporations such as MEC.’ 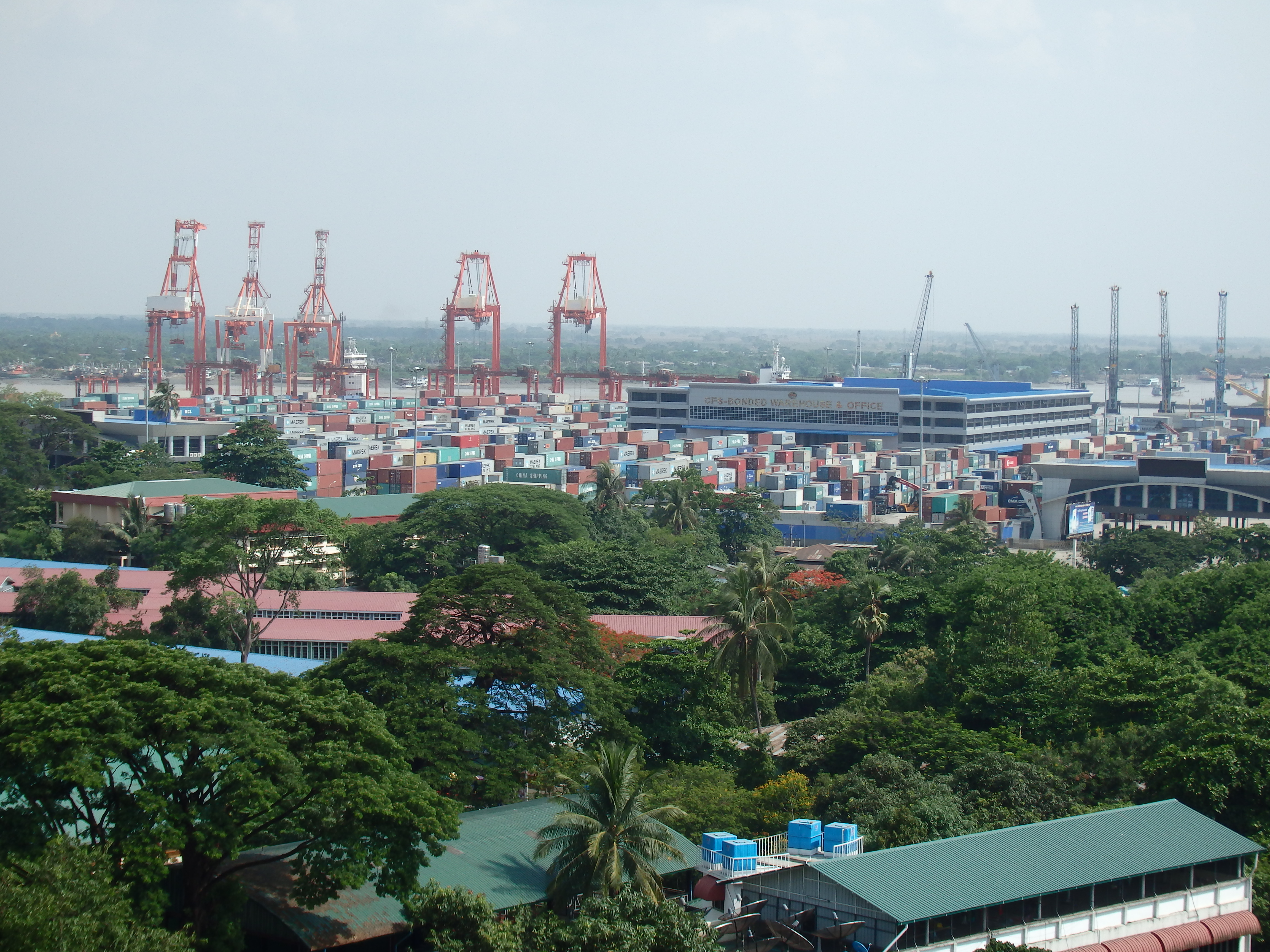 While the Australian Government has imposed sanctions on several figures in the Myanmar Military, it has left Senior General Min Aung Hlaing off that list. Nor has it placed sanctions on some Tatmadaw-controlled or foreign-owned companies identified by the UN Mission. Australia’s approach to the Myanmar atrocities was questioned by a senior academic recently. Her article in The Conversation pointed to recent diplomatic engagement between Australia and Senior General Min Aung Hlaing, including cooperation between the two countries’ armed forces.