Ayaskant Das Oct 27, 2022
Adani's port expansion will add to the impacts of industrial development at Dahej, Gujarat, an estuary important for biodiversity and fishing communities.

Approval of an Adani Group port expansion in India has been heavily criticised by an influential government auditing agency. Dahej is in an ecologically sensitive set of estuaries that form the lifeblood of local fishing communities. However, the Modi government has approved Adani’s proposal to expand the Dahej port without putting in place measures to protect the ecosystem. The controversy occurs at a time when PM Modi has become increasingly vocal about the need to protect India’s environment.

India’s premier government auditing agency, the Comptroller and Auditor General (CAG) of India, has indicted the Adani Group for environmental violations in the expansion of a seaport in the western coastal state of Gujarat. CAG is headed by Prime Minister Narendra Modi’s close confidante, Girish Chandra Murmu.

In a report tabled in the Parliament of India on 8 August 2022, CAG has stated that the Adani Group failed to enunciate any mitigation measures for endangered coastal ecology while it expanded the capacity of the Dahej Port in Gujarat in a joint venture with the government-owned oil and gas company Petronet LNG. 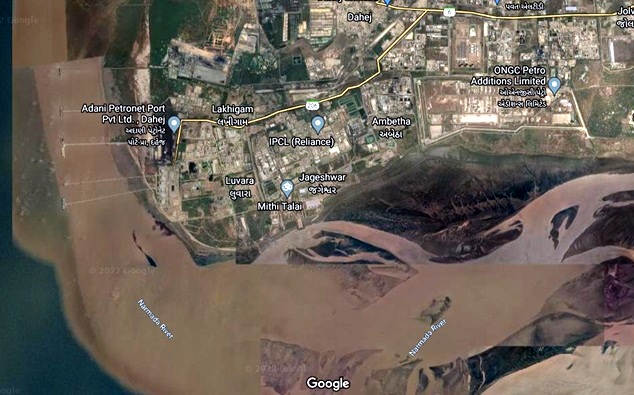 The port of Dahej lies in the Gulf of Khambhat approximately 260 kilometers from Gandhinagar, the state capital of Gujarat.

CAG’s findings occur against a backdrop of incessant complaints about pollution caused by numerous industries in the area. Designated by the Indian government as a ‘special economic zone’, Dahej has a legal status to facilitate growth of international business. Pollution has degraded marine biodiversity and the viability of local fishing communities. The Adani-Petronet Dahej Port, which handles solid cargo only, is located within the Dahej SEZ area in Vagra taluka (an administrative unit) of Bharuch district in close proximity to several other industries.

‘For many years, we have been forbidden from fishing anywhere near the jetties along the coast on the grounds of security. Near Dahej, we are left with very little space for fishing. It has certainly affected the livelihoods of communities in the local villages who have been dependent upon fishing for several generations,’ 43-year-old Kamlesh Madivala, president of a fishworkers’ forum, told AdaniWatch. 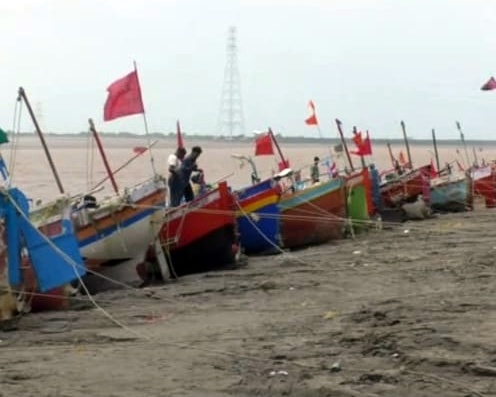 Madivala said they have taken their complaints, including those pertaining to pollution, to several governmental authorities but in vain.

‘An effluent-discharge pipe from one of the industries in the area, which used to discharge waste around 2.5 kilometers out to the sea, got choked with dirt. The pipeline is never cleaned regularly. Whenever the pipe became choked, management would chop off a portion of the pipe and shorten it. It has come to the point that the pipe is discharging waste right near the beach. This pollution means there are days when millions of dead fish larvae are washed ashore onto the beach,’ he added.

Despite clear shortcomings in the environment impact assessment of Adani’s proposed port expansion, the Modi government provided environmental approval, as well as approval under India’s coastal-zone management rules, in March 2016. Following these approvals, the joint-venture company undertook work to double the cargo-handling capacity of the port from 11.7 to 23 million metric tons per annum (MMTPA). Adani Petronet also developed additional areas for coal storage and for back-up equipment as part of the expansion of Dahej Port.

According to the project’s Environment Impact Assessment (EIA) Report, the expansion of Adani Petronet (Dahej) Port posed risks to marine flora and fauna and to ecologically vulnerable areas at the project site. CAG said that the report failed to assess these impacts.

CAG said that the EIA envisaged generation of wastewater during concrete casting, cleaning of construction equipment, garaging, and oil spills from the operation of construction equipment and that this would affect the marine water quality near the shoreline. The port expansion also involved the ‘reclamation’ of nearly 23 ha of the marine environment for the purpose of storing and handling cargo and that this intrusion would permanently eliminate benthic habitat. 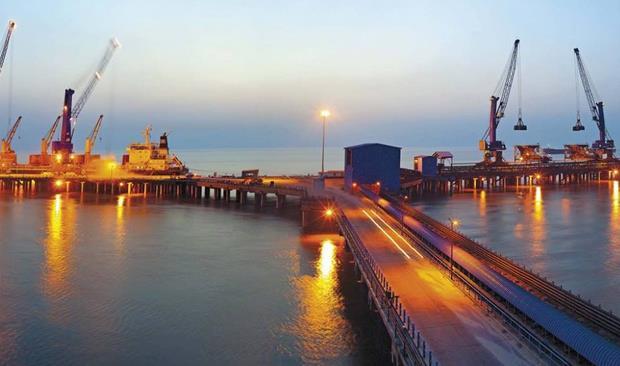 Further, though the project involved generation of wastewater, the project proponent failed to submit the mandatory approvals from concerned authorities in this regard. The CAG report states that the project proponent failed to submit a No-Objection Certificate (NOC) from the pollution control board of Gujarat for effluent discharge (see Page 96, Serial No. 19, Annexure 10). In the clearance letter that was issued by the central government in October 2016, one of the specific conditions that had been imposed on the proponent was to obtain consent to establish the project from the Gujarat State Pollution Control Board under rules governing pollution of air and water. 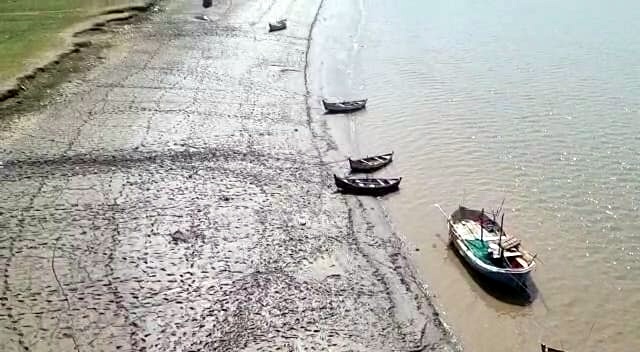 The audit report lists three different projects where coastal-zone approvals were granted by the central government solely on the basis of claims made by the proponents. In India, EIA reports are generally prepared by private consultants. However, in these three instances, the central government did not make any independent efforts to ascertain the veracity of claims made in the EIA reports prepared with the help of private consultants. The Adani Petronet (Dahej) Port is amongst the three projects where the CAG has found the central government guilty of not making any independent verification of the potential risks.

One example concerned the mudflats to be obliterated by the project. According to CAG, these ‘are areas of high biological productivity with abundant invertebrates which provide food for migratory birds. Also, they function as breeding grounds for many fish species. However, the EIA study of this project stated that the mudflats in the project area were biologically inactive. The audit observed that [the government] accepted the opinion of the PP [project proponent] and did not independently examine this issue and accorded clearance in 2016’.

CAG therefore concluded that ‘failure on part of [the ministry] to verify information critical to conservation of the coastal ecosystem would impact its conservation’. 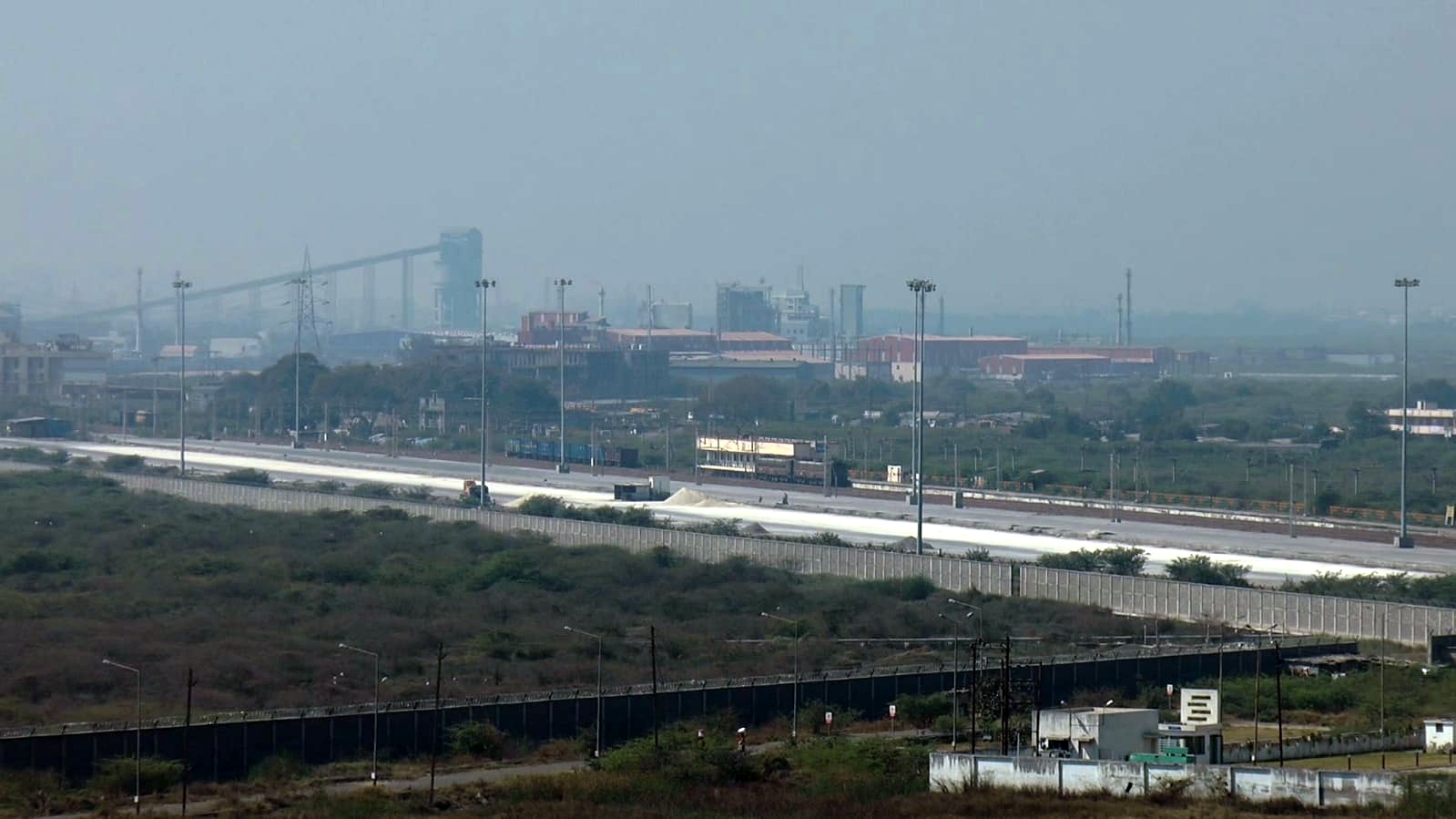 The Dahej port is being developed by Adani Petronet (Dahej) Port Private Limited in three phases. In Phase I, berths, jetty, rubble bund, stackyard and supporting infrastructure were developed. During the Phase II expansion of the project, 38 hectares of forest land were allocated for a ‘back-up area’. Approvals for the first two phases of expansion of the project had been provided in July 2007 and November 2008, respectively, by the earlier central government of India which was headed by a coalition led by the Congress.

When Adani Petronet’s third phase of the expansion was approved by the Modi government in October 2016, coastal-zone regulations in India were guided by the CRZ (Coastal Regulation Zone) Notification, 2011. (These rules have since been superseded by the CRZ Notification, 2019). As per the rules of 2011, 15 specified petroleum and chemical products were permitted for storage in coastal areas governed by the notification. However, CAG found that in at least two cases, including Adani Petronet (Dahej) Port, impermissible items were allowed to be stored in coastal areas government by the notification.

‘Expansion of Adani Petronet (Dahej) Port by Adani Petronet Port Private Limited (APPPL) was granted clearance in October 2016. The project involved expansion of cargo handling capacity along with reclamation of 23 hectares back-up area to store and handle dry multi-purpose cargo (steel and silica sand) and development of additional coal stockpile. Development of a storage area for the aforesaid dry bulk cargo in the intertidal zone (CRZ-IB) and development of coal stockpile in CRZ- III zone in the instant case was in contravention to the CRZ Notification 2011 as none of the aforementioned items were included in the list of permissible products of the notification,’ the CAG report states.

This correspondent emailed the government asking about the grounds on which environmental approval and CRZ approval were provided to Adani’s Dahej port project for the Phase III expansion despite the shortcomings pointed out by the CAG. The queries were also marked to Environment Minister Bhupender Yadav. No responses had been received at the time of publication.

CAG’s indictment of the central government for environmental lapses, comes at a time when Prime Minister Narendra Modi has been increasingly vocal about his commitment to the environment. On his 72nd birthday on 18 September, in a much-publicized event, Modi released eight Cheetahs, procured from Namibia, into the Kuno National Park in the central Indian state of Madhya Pradesh. This launched a program to re-introduce the felines nearly 70 years after they were declared extinct in India.

‘I spent the day attending programs that cover our economy, society and the environment. I truly believe that when we collectively work on these spheres, we will fulfil our goal of sustainable and inclusive development. May we keep working harder and harder in the times to come,’ Modi tweeted on the occasion.

Murmu, the head of CAG, is known for his close association with Modi for the past over 15 years. A 1985-batch officer of the prestigious Indian Administrative Services (IAS), Murmu had been appointed by Modi as the Secretary of the Home Department of Gujarat in the year 2004. He also served as Principal Secretary to Modi during the latter’s tenure as the Chief Minister of Gujarat. 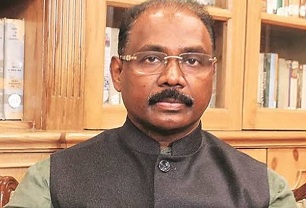 In August 2019, Murmu was appointed by Modi as the first Lieutenant-Governor of the Union Territory of the northern-most state of Jammu & Kashmir following the abrogation of Article 370 of the Constitution of India which granted special status to the erstwhile state. However, exactly a year after the formation of the newly formed union territory of Jammu & Kashmir, Murmu resigned abruptly from the post in August 2020. He was appointed as the CAG of India a few days after that.

Degradation of marine biodiversity in the Gulf of Khambhat resulting in loss of incomes comes as a double whammy for local communities in the Vagra taluka where agricultural output has been affected by other forms of pollution. In the recent past, local farmers belonging to several talukas in Bharuch district, including Vagra, have complained about the loss of cotton plantations due to pollution caused by chemical industries.

In August last year, a farmers’ body, Khedut Samaj Gujarat, wrote to Prime Minister Narendra Modi demanding compensation for loss of cotton crops in nearly half a dozen talukas owing to industrial pollution. This demand followed a report prepared by a team of officials appointed by the Gujarat government, which highlighted that cotton and pigeon-pea plantations had been severely affected by the pollution. The local political representative from Vagra to the Gujarat legislative assembly, Arunsinh Rana, who belongs to the ruling Bharatiya Janata Party state government, had also complained about the issue of falling farm outputs from industrial pollution to the state’s Chief Minister Vijay Rupani.