Explosive allegations about Adani, Sri Lanka and the PM of India

A special correspondent Jul 05, 2022
Allegations about Adani's involvement in the allocation of energy projects in Sri Lanka led to a storm of protest.

In Sri Lanka, a senior bureaucrat caused a storm when he alleged that the Sri Lankan government had been subjected to Indian pressure to favour the Adani Group with the awarding of an energy contract. He alleged that the Sri Lankan president had confided that India’s PM had insisted that a renewable-energy project be allocated to the Adani Group. Following presidential rebuttals, the bureaucrat retracted his statement, citing ‘unexpected pressure and emotions’. Nevertheless, the allegation fed into local concerns about crony capitalism.

A huge political controversy has broken out in Sri Lanka over alleged special treatment for the Adani Group. It has been alleged that India’s Prime Minister, Narendra Modi, told Sri Lanka’s President Gotabaya Rajapaksa to award renewable-energy projects to the corporate conglomerate headed by his ‘friend’ Adani, an allegation that has been denied and retracted. 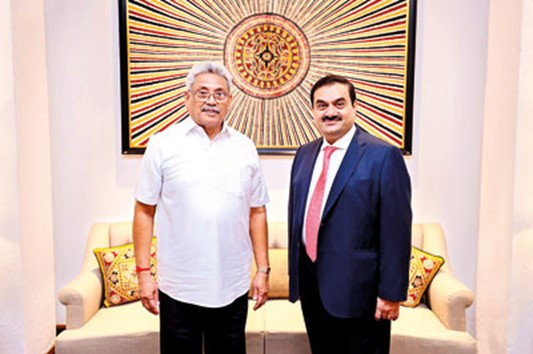 As Sri Lanka struggles to come out of an unprecedented economic crisis, a change in government could take place in Colombo. This may well extend the controversy relating to the Adani Group, whose founder, Gautam Adani, is one of the world’s richest men.

On Friday 10 June 2022, the former head of the Ceylon Electricity Board (CEB), M M C Ferdinando, dropped a political bombshell while testifying before the Committee on Public Enterprises (COPE) of the Parliament of Sri Lanka. Ferdinando claimed that 500 MW worth of renewable-energy projects located in the northern part of the island had been ‘given’ to a company in the Adani Group after Modi exerted ‘pressure’ on the Sri Lankan president. 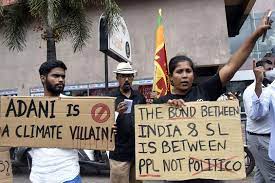 This is a translation of what Ferdinando said in the Sinhala language: ‘On 24 November, the President summoned me after a meeting and said that India’s Prime Minister Modi is pressuring him to hand over the project to the Adani Group. I said, this matter doesn’t concern me or the Ceylon Electricity Board and this (relates to) … the Board of Investments. He insisted that I look into it. I then sent a letter that the President has instructed me and that the Finance Secretary should do the needful. I pointed out that this is a government-to-government deal.’

A video of the public deposition went viral on social media. Critics of the governments of both countries went to town claiming that this was an egregious example of the kind of crony capitalism practised in both India and Sri Lanka. 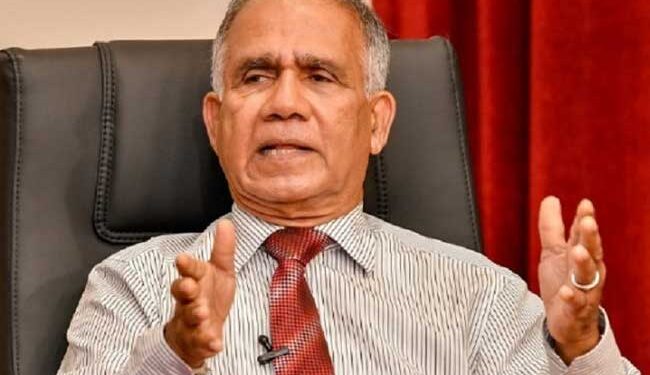 This was not the first occasion that Adani’s involvement in the island nation has been questioned. In March 2022, after an agreement was signed between the CEB and Adani Green Energy to set up renewable-energy projects in the Mannar and Pooneryn districts, Sri Lanka’s main opposition party, the Samagi Jana Balawegaya (SJB or the United Peoples’ Force), alleged that Adani had made a ‘backdoor entry’. President Gotabaya Rajapaksa was accused of ‘pampering’ the ‘notorious friends’ of the Indian Prime Minister.

A spate of denials came soon after the testimony of the electricity-board chief.

On Saturday 11 June, President Gotabaya Rajapaksa Tweeted: ‘Regarding a statement made by the #lka CEB Chairman at a COPE committee hearing regarding the award of a Wind Power Project in Mannar, I categorically deny authorisation to award this project to any specific person or entity. I trust responsible communication in this regard will follow.’ 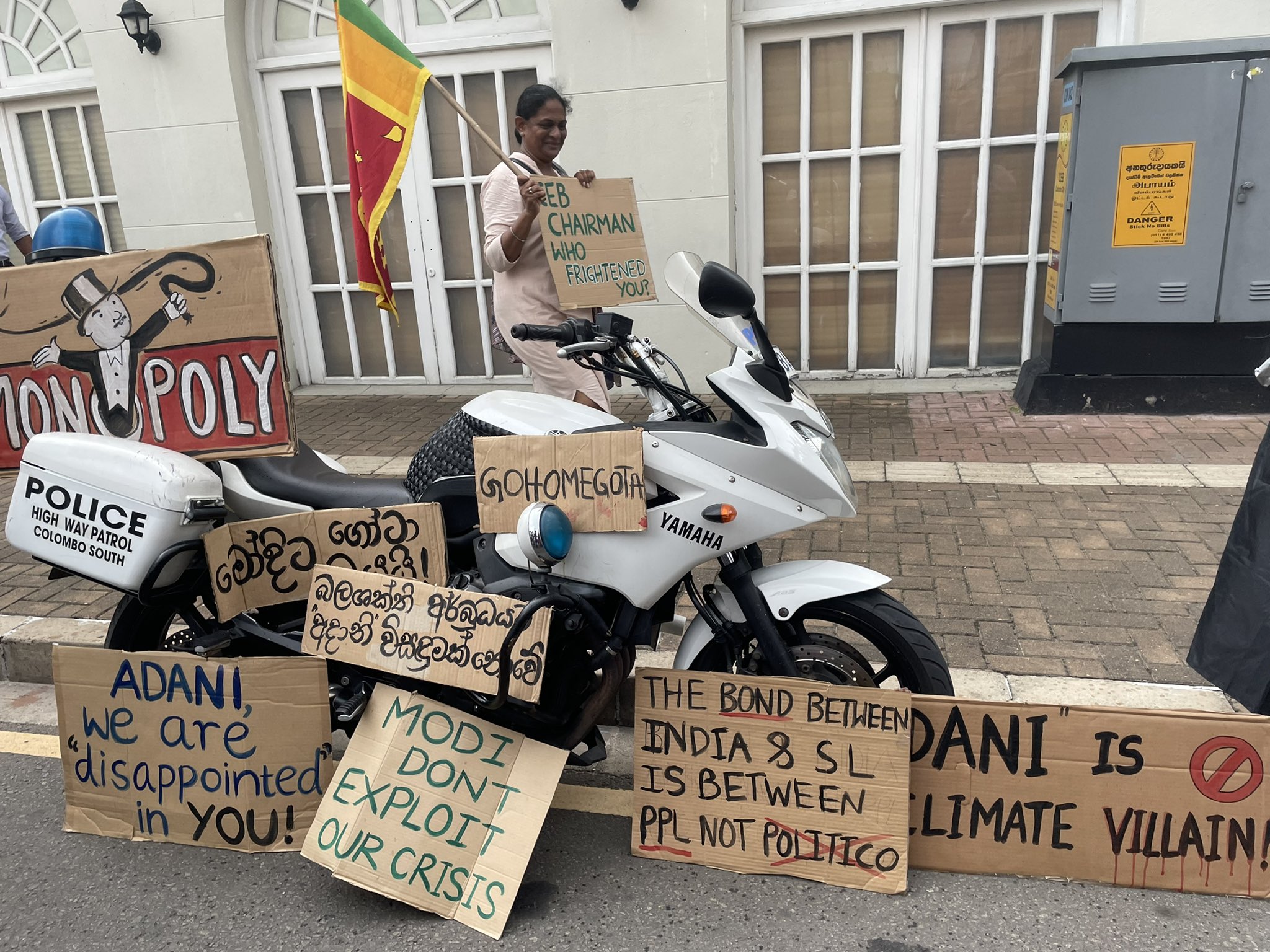 The President’s office put out a written statement that read: ‘Sri Lanka is currently (facing) … an acute shortage of power and (the) President desires to expedite implementation of mega power projects as early as possible. However, no undue influence will be used in awarding such projects. Project proposals for large-scale renewable energy projects are limited, but special attention will be paid to the selection of institutions for the projects, which will be carried out strictly in accordance with the transparent and accountable system (of) … the government of Sri Lanka.’

After this presidential denial, Ferdinando made his own retraction. Issuing a written statement addressed to the COPE head Charitha Herath, the former CEB chairman said that he had named the Indian Prime Minister ‘due to unexpected pressure and emotions.’

He went on: ‘… I was compelled without limitation to express the (phrase)… ‘India agamathi bala kara bawa kiwwa’ (stressed by the Prime Minister of India), which is totally incorrect. Hence I wish to withdraw the relevant statement and record my apology unconditionally…’ 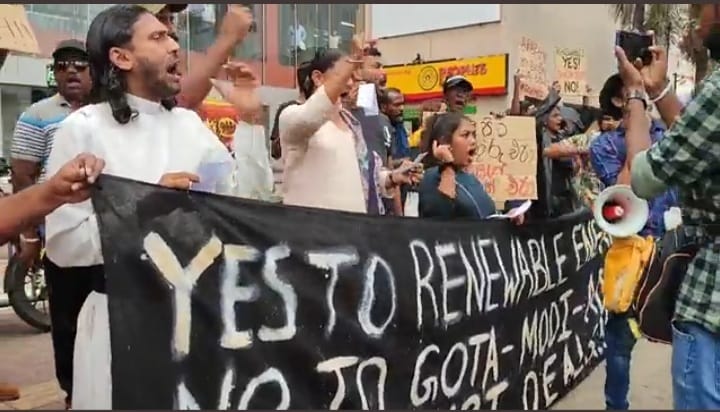 The controversy continued after the Colombo-based English daily, The Sunday Times, quoted a letter Ferdinando had written to the country’s former Treasury Secretary S R Attygalle on 25 November in which he stated that he was directed by President Rajapaksa to ‘facilitate’ Adani Green Energy to develop the 500MW wind-and-solar projects in Mannar and Pooneryn as Adani had ‘already agreed to invest a substantial amount of FDI (foreign direct investment) in Sri Lanka’ and these were in the nature of ‘G-G’ or government-to-government contracts.

The document indicated that Sri Lanka’s former Prime Minister Mahinda Rajapaksa had instructed the CEB chairman Ferdinando to recognise the Adani Green Energy projects ‘as a proposal from (the) Indian Government to the Government of Sri Lanka, as both heads [sic] of the countries are in agreement to realise this investment in Sri Lanka, to meet the present day FDI crisis.’

The Adani Group said on 13 June that it was ‘disappointed’ over the controversy. A Group spokesperson was quoted as saying: ‘Our intent in investing in Sri Lanka is to address the needs of a valued neighbour. As a responsible corporate, we see this as a necessary part of the partnership that our two nations have always shared. We are clearly disappointed by the detraction that seems to have come about. The fact is that the issue has already been addressed by and within the Sri Lankan Government.’

The same day, Ferdinando tendered his resignation as head of Sri Lanka’s electricity board.

His deposition came hard on the heels of the Sri Lanka government amending its electricity law that, in effect, did away with competitive bidding for energy projects. The decision was criticised by the government’s political opponents. Opposition lawmaker Nalin Bandara said during a discussion in Parliament that competitive bidding was being done away with ‘to make way’ for projects like those being set up by the Adani Group. The main opposition party in Sri Lanka, the SJB, wanted all energy projects that were above 10 MW capacity to go through a competitive-bidding process, but government MPs voted against the move.

Adani Group Chairman Gautam Adani was in Sri Lanka in October when he met President Gotabaya Rajapaksa and the then Prime Minister Mahinda Rajapaksa. (The two men are brothers.) A discussion was also held at the Shangri-La Hotel in Colombo between Adani’s team and Lakshman Namal Rajapaksa, one of the three sons of of Mahinda Rajapaksa.

The controversy over the renewable-energy projects has not died down – and may not in a hurry, because a regime change is anticipated in the wake of the unprecedented economic crisis the country is experiencing. The crisis and its implications have been widely commented on. The opponents of the current regime controlled by the Rajapaksa family – President Gotabaya Rajapaksa’s older brother Mahinda Rajapaksa is a former President and former Prime Minister while other family members like Lakshman Namal Rajapaksa have held key positions in the government in Colombo – are certain to keep the controversy alive.

The energy projects comprise the second major venture in Sri Lanka involving the Adani Group, after it bagged a strategic port terminal deal. The Group was brought in to execute the West Container Terminal project at the Colombo Port with a majority stake after Colombo unilaterally cancelled a trilateral agreement among the governments of Sri Lanka and India and Japan to jointly build the East Container Terminal at the same port. The Adani Group, Sri Lankan Ministers have said, was the Indian government’s ‘nominee’ in both cases, indicating there was no competitive bidding. 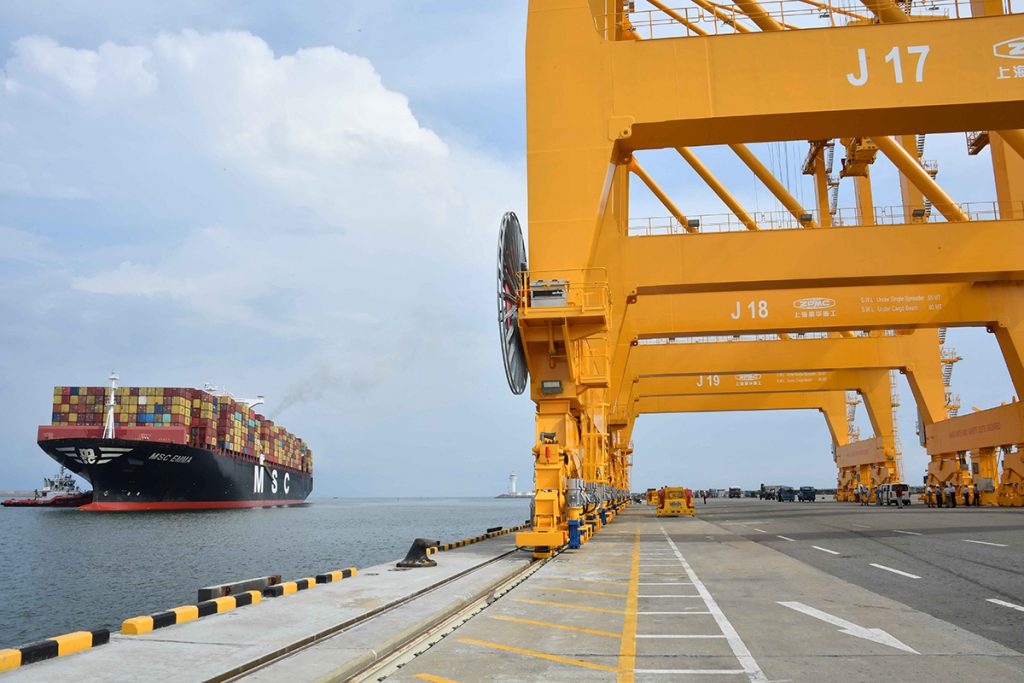 Former Finance Minister Basil Rajapaksa – the younger brother of Mahinda and Gotabaya Rajapaksa and another member of Sri Lanka’s ruling family – met Modi in March 2022 and discussed various projects that would be established with ‘bilateral cooperation’ between the two countries, presumably including the Adani energy projects.

The Sunday Times has quoted a letter sent in November by Vineet Jaain, managing director and CEO of Adani Green Energy Limited, to former Sri Lanka Treasury Secretary Attygalle stating that his company proposes to increase its footprint quickly by setting up 1000 MW of renewable-energy projects:

‘AGEL shall set up strategic projects of about 5GW (gigawatts) of wind power projects and 2GW of solar power projects in Sri Lanka for export of power to India through Cross Border Transmission Links to be established by us, enabling significant investment in Sri Lanka and opening new vistas of long-term source of export revenues (sic) as also enabling cross border trading of competitive energy at all ensuing times.’

A separate memorandum of understanding (MoU) with Adani Green Energy for the Mannar and Pooneryn projects states the company will ‘be allowed with prior approval and permission of the GoSL (Government of Sri Lanka]) to explore floating solar and wind facilities in territorial waters of GoSL bordering (the) Northern Province.’

Although much of India’s mainstream media has not highlighted the controversy relating to the Adani Group in Sri Lanka, Adani Watch has published several stories in the recent past about the Adani Group’s contentious involvement in Sri Lanka. On 22 January 2021, in an exclusive article, Ravi Nair wrote about how the workers’ union of the Sri Lankan Port Authority (SLPA) had alleged that the Modi government was ‘putting undue pressure’ on the island nation to hand over the development and operation of a major Colombo port terminal to the Adani Group and how controversy over the impending deal had led to a conflict between the unions and the port’s management.

Subsequently, on 22 February 2021, Nair wrote another article for AdaniWatch describing the outrage with which the Indian government reacted at reports that Sri Lanka was ‘pulling out’ of an agreement in which an Adani-led consortium would be given the right to expand the East Container Terminal (ECT) in the Port of Colombo. Sri Lanka was accused of reneging on a tripartite geostrategic agreement signed by India, Japan and Sri Lanka in 2019 relating to the ECT project. Nair’s report revealed that the deal fell through because the consortium’s proposal was counter to the terms that had been agreed upon by the governments of India, Sri Lanka and Japan. 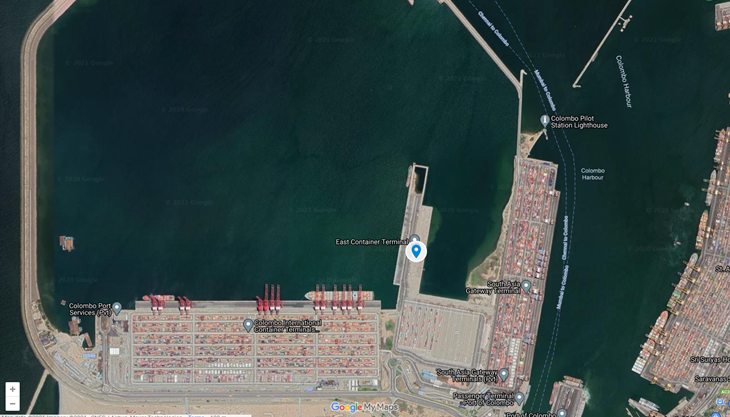 Subsequently, on 3 March 2021, it was reported that the Sri Lanka government had commenced formal negotiations with Adani Ports over development of the adjacent West Colombo container terminal.

The latest furore over the Adani Group’s role in new energy projects in Sri Lanka is simply the latest in a series of controversies over alleged crony capitalism in both Sri Lanka and India, and the role played by the Modi government.