The Adani Group’s move to establish a major port on the Yangon River in Myanmar has drawn vehement criticism from human-rights groups and experts.

In January 2019, it was reported that an Adani Group company, the Adani Yangon International Terminal Co Ltd, had received approval from Myanmar authorities to establish a container port next to the country’s biggest city, Yangon. The company was to develop, operate and maintain the Ahlone International Port Terminal on the Yangon River about six km from the centre of Yangon. The deal was said to be worth $US290 million. About 20 hectares of land were to be leased from the Myanmar Economic Corporation (MEC), a large company owned by the Myanmar military. 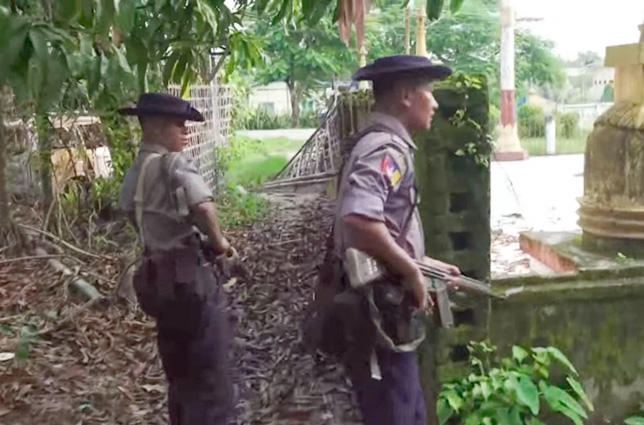 In August 2017, the Myanmar military was found by United Nations investigators to have committed atrocities against the Rohingya people in brutal operations that caused an exodus of 700,000 people to bordering Bangladesh. Crimes committed included murder, rape, torture, sexual slavery, persecution and enslavement, according to the Independent International Fact-Finding Mission on Myanmar. The treatment of the Rohingya was described by the UN High Commissioner on Human Rights as ‘a textbook example of ethnic cleansing’. UN special investigators said that top military commanders in Myanmar should be investigated and prosecuted for the ‘gravest’ crimes against civilians under international law, including genocide.

In May 2019, the Adani Group’s business relationship with the Myanmar military’s economic arm, the MEC, came under fire from human-rights sources. Burma Campaign UK placed the Adani Group on its ‘dirty list’ for ‘entering into a business partnership with the Burmese military shortly after the UN said they should be prosecuted for genocide’. Chris Sidoti, an Australian lawyer who was a member of the UN investigative team that described the atrocities, criticised the Adani Group for its association with ‘genocidal generals’. On ABC Radio, Mr Sidoti said ‘so far as this port is concerned, it's putting money into the hands of the military and that's the bottom line’.

The issue was also reported by the Guardian, which quoted the deputy Asia director of Human Rights Watch saying that the Adani Group’s deal with the MEC would increase the military’s ‘chokehold’ over maritime traffic and international trade in Myanmar, increasing the wealth of senior commanders.

In response to such criticisms, Adani issued a media statement in which it asserted that its investment in Myanmar breached no Australian, UN, US or other international sanctions. It said the Adani Group had been ‘guided by the Securities and Exchange Board of India and other key international guidelines and will inform the concerned authorities when we firm up the agreements’.  It confirmed that the land for the port development was leased from the MEC but that this occurred following ‘extensive due diligence’. Adani said that its Myanmar operations had no connection with its Carmichael mine project.

‘Adani rejects insinuations that this investment is unethical or will compromise human rights’ the statement said.

However, in his interview with the ABC, Mr Sidoti said that the Adani Group was ‘hiding behind the corporate veil’ in attempting to distance its activities in Australia from its activities in Myanmar. ‘These companies are subsidiaries of Adani. It's like saying that because my left hand is doing something else, my right hand knows nothing about it. It's an absolutely ridiculous assertion that defies the logic and the practice of corporate activities. Adani is one group. It is one company and we (Australia) will be enriching Adani, which in turn is enriching the Myanmar generals.’

In January 2020, the UN’s International  Court of Justice ordered Myanmar to prevent further genocidal violence against its Rohinga Muslim minority and to preserve evidence of past crimes, rejecting the testimony of Myanmar’s State Counsellor, Aung San Suu Kyi.