An Adani company has been accused of ignoring an order by the Government of India directing employers to pay their workers during the COVID-19 lockdown period. According to affected workers, the Adani port company, located on Kattupalli island in the southern Indian state of Tamil Nadu, is one of the few employers on the island that have refused to take care of its workers during the lockdown. This Adani port is just north of the major city of Chennai (see interactive map on this website).

Sources say that more than 100 contract workers who were owed between Rs. 10,000 and Rs. 16,000 per month have received nothing for more than two months. Adani has withheld payments claiming that the matter of lockdown period payments was sub judice in the Madras High Court.

‘Only Adani has refused to take care of its workers. Other employers such as Kamarajar Port have not only paid all their contract workers, but also taken out COVID-19 insurance to ensure that the family of any worker that succumbs to the virus gets a compensation of Rs. 50 lakhs (approximately AUD $100,000),’ said K. Vijayan, the state Vice President of Centre for Indian Trade Unions. Adani workers, however, are not organised as a trade union.

Workers who spoke on condition of anonymity said they had raised the matter forcefully with the port management. However, they also said they feel helpless because their precarious economic condition limits their options to fight for their rights. Nearly 45 of those who suffered through the lockdown period with no monetary support are people from Kattupalli Kuppam, a fishing village whose inhabitants were forcibly evicted to make way for the port. At the time of eviction, they were assured permanent jobs at the port. However, more than 10 years later, the workers’ conditions remain insecure.

‘We lost our fishing livelihood, our village and our beach. And now, we are at the mercy of Adani. We don't even have what was promised to us,’ said one port worker who did not want to be named.'

A spokesperson for Adani said the company had fulfilled all of its payment obligations and commitments to its employees and contractors at Kattupalli Port in Tamil Nadu.

‘Questions in relation to payments from contractors or sub-contractors and their specific contractual conditions they hold with their employees should be directed to the business in question,’ the spokesperson said.

However, a representative of the 45 contract workers from Kattupalli Kuppam said that their contractor had received no lockdown-period payment from Adani. By contrast, that same contractor (the L&T Shipbuilding Labour Contract Service Industrial Cooperative Society Ltd) had paid workers employed on a non-Adani project nearby because funds had been deposited by the client.

Meanwhile, Adani's proposal to expand its current cargo-handling capacity at Kattupalli from 24.65 MTPA to 320 MTPA has run into rough weather. Local fisherfolk say the massive expansion will harm the livelihoods of nearly 10,000 fisher families, and entire villages along the lagoon may be submerged due to erosion triggered by the proposed port's breakwaters.

Chennai residents and environmentalists have warned that the large-scale conversion of wetlands into industrial real estate by the proposed project will push the city over the brink in terms of water scarcity and vulnerability to disasters induced by climate change. Adani workers and trade unions also oppose the proposed expansion, pointing out that damage must be limited to what has already been lost by local communities.

‘They come in with a promise of jobs and development. But we are living proof that this is all a lie. It is development for Adani and impoverishment for local communities,’ the worker said.

Nityanand Jayaraman is a Chennai-based writer and social activist and a volunteer with the Chennai Solidarity Group. 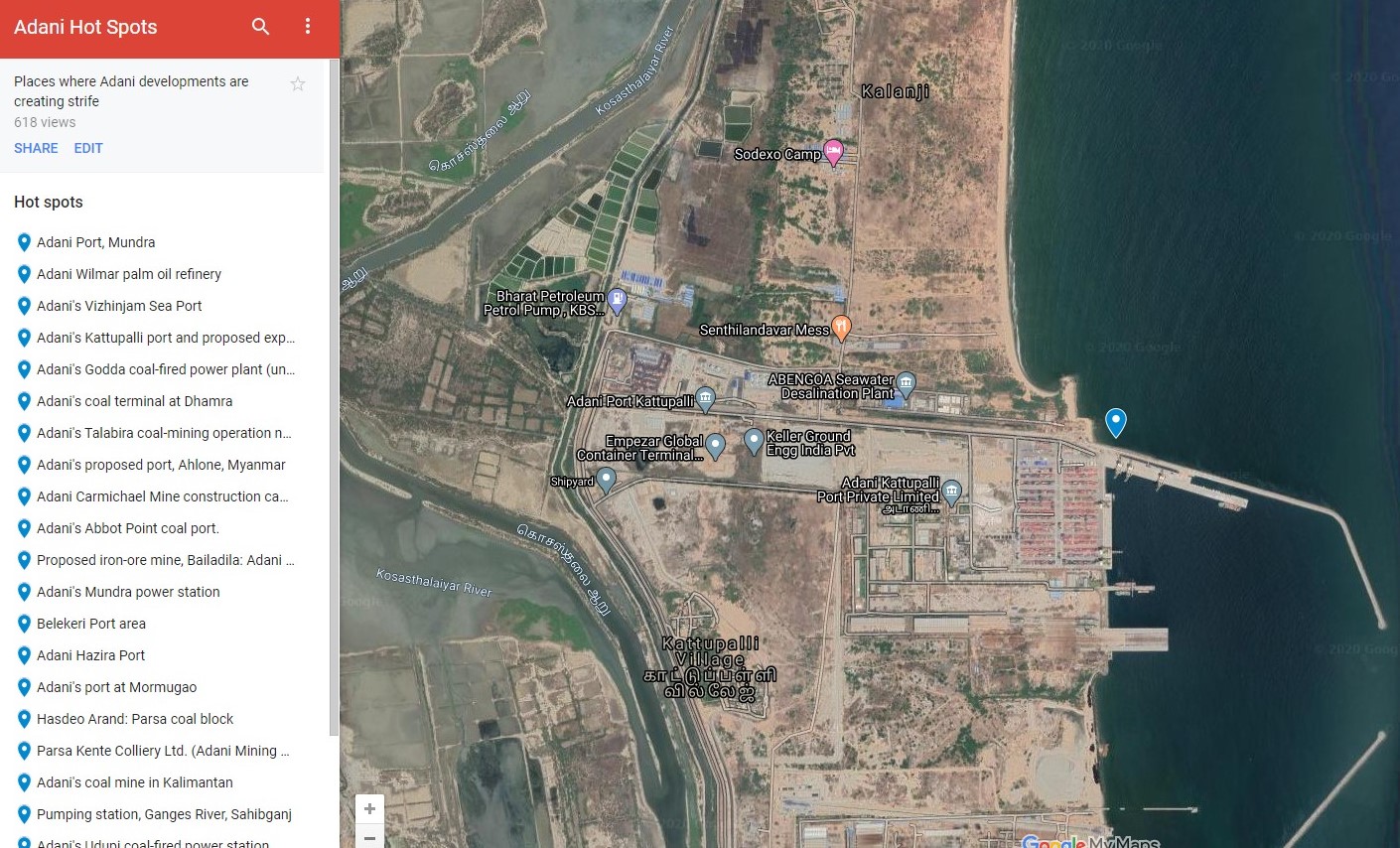