Protests put the wind up renewable-energy companies in Gujarat

The mass installation of wind turbines in the Indian state of Gujarat is causing havoc for pastoralists, animals and the ecology. Because much of the land in question has been officially categorised as ‘wasteland’, the usual controls on development do not apply. Protests by traditional users of the land have already prevented one company from completing a wind-energy project. Will Adani be the next culprit?

According to a report in Mongabay, the district of Kachchh in the north-western Indian state of Gujarat has been targeted for wind-energy development because of its favourable geology and climate. The report quotes an Indian wind-energy authority’s assessment that Gujarat has the capacity to produce over 22% of India’s wind energy.

The lands intended for the erection of wind turbines are not uninhabited. Though arid, they are the traditional pastures used by generations of pastoralists. The thorny scrubland provides habitat for species such as the desert cat, hyena, fox, nilgai, spiny-tailed lizard and desert monitor. 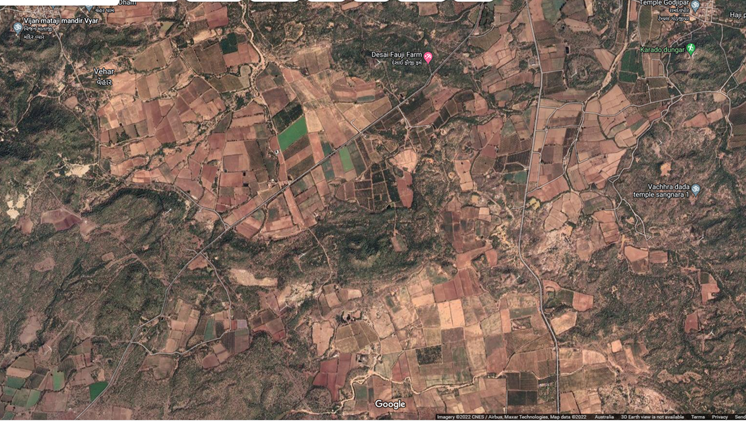 According to the Mongabay report, these woodlands have been officially mis-categorised as ‘wasteland’ by India’s national forest department. This means that provisions designed to protect forest habitats from unregulated development do not apply.

As a result, natural vegetation and even hillocks have been flattened to make way for wind turbines. Local people are aghast. They are losing important grazing land and forest resources. The area’s cherished peacocks have been electrocuted by the dozen. Noise pollution has plagued some settlements.

When protests against these incursions occurred in 2021, one of the companies concerned abandoned work on its unfinished wind turbines.

Adani Green Energy Limited has gained approval for development of wind turbines in the area but has yet to commence construction. Gujarat is the home state of the Group’s founder, Gautam Adani, and the massive conglomerate is used to getting its way when it comes to controversial port expansions and coal-power stations. It remains to be seen whether the Group will respond any differently when it comes to local concerns about the impacts of industrial-scale wind power.

AdaniWatch supports the development of renewable energy in India but unless proponents such as the Adani Group's companies consult meaningfully with the local people affected, the entire industry could be brought into disrepute.