Geoff Law Dec 04, 2020
Vizhinjam harbour and entrance, said to have become a 'death trap' due to rebounding waves

In October 2019, the Madhyamam Weekly published a story by Jisha Elizabeth entitled ‘Vizhinjam Harbour a Death Trap’. It described the dangers to fishing boats allegedly caused by Adani’s construction of breakwaters associated with its massive port expansion at Vizhinjam in the south-western Indian state of Kerala. Parts of that story are re-published here together with an update on a situation that is becoming increasingly perilous for fishermen.

According to many locals, the massive rock breakwaters associated with Adani’s construction of an international container terminal at Vizhinjam are bouncing waves into the opening of a harbour that used to provide safe passage for fishing boats. The situation has been described as a ‘death trap’.

Fishing-community representatives say that waves that used to bounce from the shoreline away from the harbour entrance now ricochet off Adani’s infrastructure into the mouth of the harbour, capsizing fishing boats (see diagram). Many say that this new hazard has been exacerbated by rising sand deposits, also associated with the impacts of the port re-development, at the harbour entrance.

As a result of the rebounding waves, numerous fisherfolk have been injured and hospitalised as boats collide either with each other or with the walls of the harbour. In response to an outcry from the fishing community, a panel of government experts has visited the site and is expected to report by May 2021. 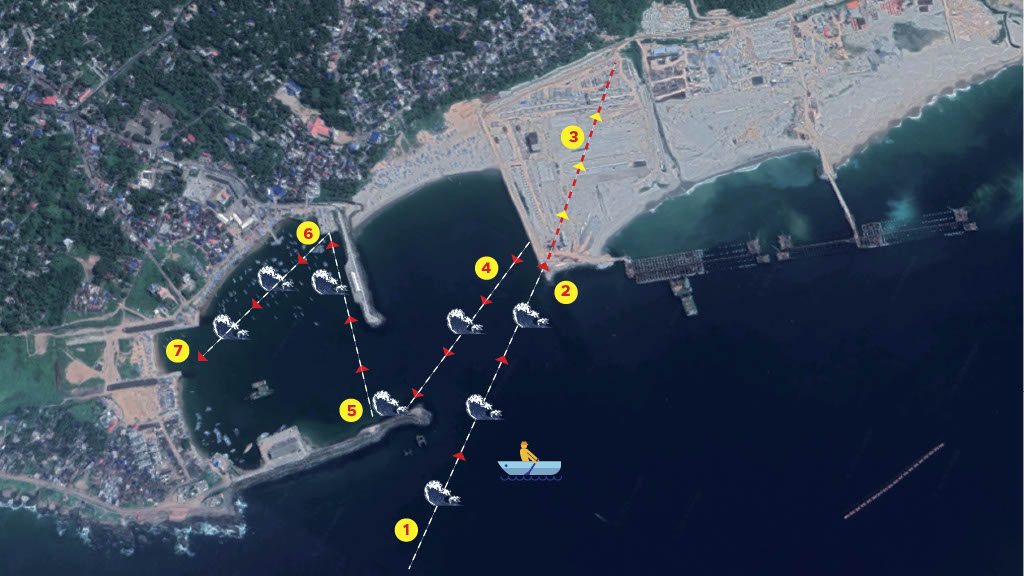 Johnson Jament, a faculty member at Northampton University, who is a marine conservationist, was quoted in the Madhyamam Weekly saying that faulty design and construction of Adani’s port re-development have aggravated the problem. The form, direction and pressure of waves have become unpredictable. Dredging and the building of breakwaters have compounded the dangers, he said. As a result, even fishermen with long experience of the sea’s local conditions are now confounded by the rebounding waves. When the 3.1-km breakwater is fully completed, these impacts are likely to become even worse.

Fisherfolk say that the port development has also reduced local harvests of mussels, prawns, squids, anchovies, mackerel and lobsters. Encroachment of immense artificial structures on to the seabed, dredging, disrupted sediment flows, and extra turbidity have all contributed to impacts on what was previously a thriving local industry. 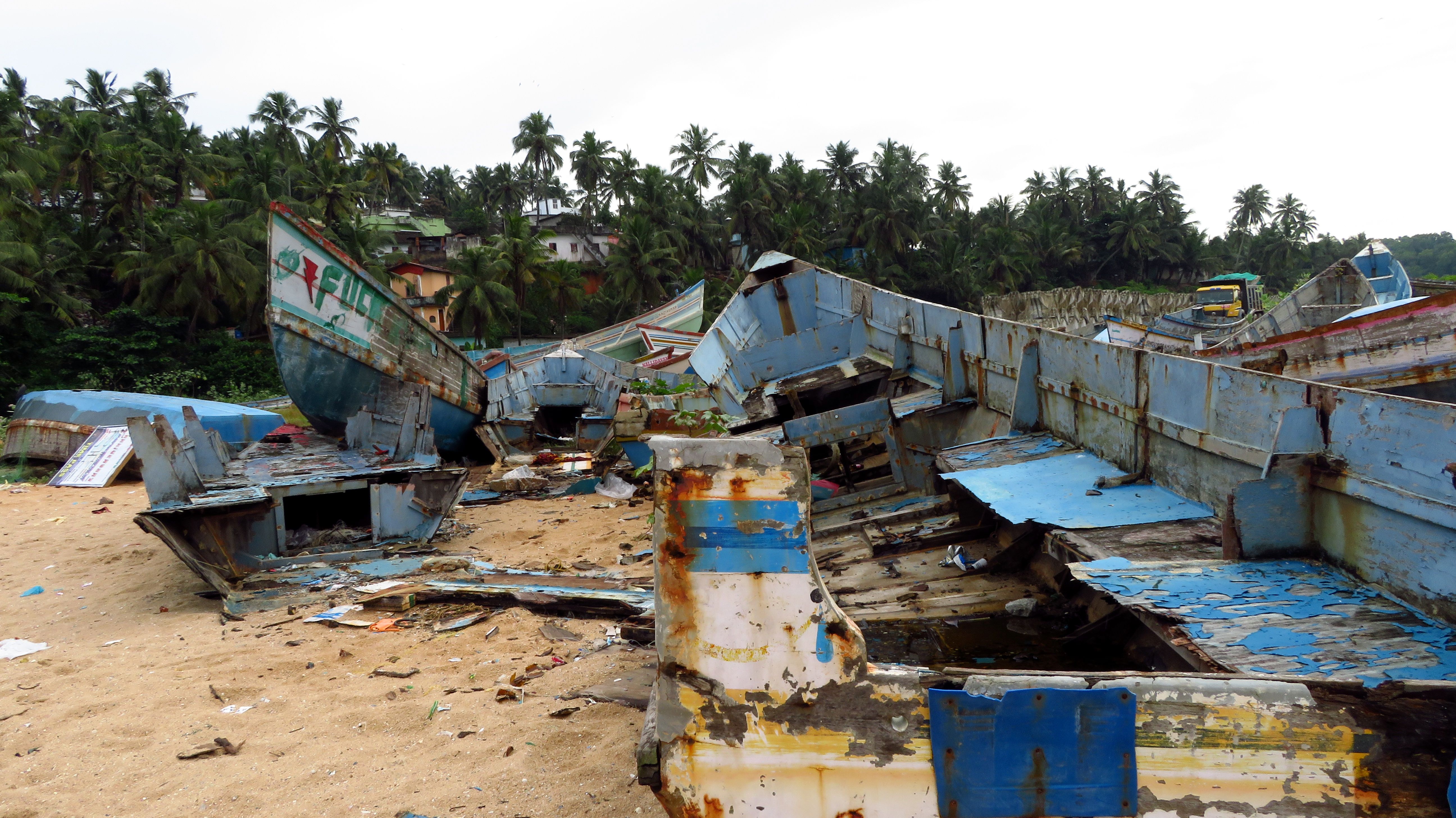 As per government assurances made in 2019, scientists from the Central Water and Power Research Station (CWPRS) visited the harbour and port construction of Vizhinjam on 18 November 2020. The scientists were accompanied by officials from the port authority, Adani, local government and a prominent church leader associated with community protests. The purpose of the scientists’ visit was to study the deflection of waves from the breakwater, following complaints by the fisherfolk and subsequent media attention.

Jament welcomed the announcement that the visit would occur, adding that he hoped this was not a smokescreen to fool the fishing community. ­Backwash is very serious phenomenon, he added.

The CWPRS team is led by Dr Prabhat Chandra (Senior Scientist). The scientists will conduct modelling and submit a report by May 2021, the deadline for delivery of the Kerala Government’s promises to the local community.

Adani was contacted three times for comment on this issue but declined to provide any.