Pressure has been building in India for a full investigation of at least six shadowy offshore investors in Adani Group companies. In June, reports about a freeze on some of these investors prompted a short-lived crash in the share price of some Adani companies. This forced Group founder Gautam Adani to make public statements defending the shareholdings. In response to the calls by an opposition MP for a probe, India’s Finance Minister announced that one of the regulators was doing just that – followed by a denial from Adani. Meanwhile, the issue has been picked up by international media.

Prominent media reports have quoted an Indian opposition MP’s call for an investigation into offshore investors in Adani Group companies. According to Al Jazeera, ‘Mahua Moitra, an opposition lawmaker and former investment banker, questioned the ultimate ownership of the funds in parliament last week, saying that the information should be public given the Adani Group holds stakes in strategic Indian infrastructure like ports, airports and power plants.’

‘We want to know whose money is it,’ Moitra was quoted as saying in a text message to Bloomberg News. ‘If it is Adani’s money, then minority shareholders are being screwed. If it is not, then which foreign actors have so much say in our strategic assets?’

On 21 June 2021, Ms Moitra wrote to India’s Central Board of Direct Taxation arguing that there was an ‘urgent and important’ case for an investigation of certain Adani investors under legislation dealing with money laundering, black money, tax and foreign exchange. She referred to six foreign companies with significant investments in the Adani Group that allegedly shared a common address, directors and secretary. She said the companies concerned owned over US $5.6 billion worth of stock in Adani companies but did not have websites or independent addresses.

‘This is extremely suspicious’, she said.

She said that two of the companies, Cresta and Albula, had been mentioned in the ‘Paradise Papers’, a trove of leaked documents pertaining to companies registered in ‘secrecy jurisdictions’ uploaded by the International Consortium of Investigate Journalists.

‘Further, it should be known that Mr Vinod Adani (brother of Gautam Adani) had tried to change his name and use trusts, intermediaries, lawyers, accountants and affiliates to hold assets overseas,’ the letter went on. ‘It would be important not just to trace the funds of the [foreign companies] but in fact get down to the ultimate beneficial owners of every constituent entity of these [foreign companies] to see whether in fact, these are nominees, representatives and other benami owners of the Adanis.’

‘I humbly request you to investigate this matter with the seriousness it deserves’, she concluded.

The key issues in Ms Moitra’s letter were reported in the media, in particular her concern about the Adani Group’s increasing holdings of assets of great strategic importance to India:

‘I believe that it is important that [the] nation knows the truth behind many of these allegations as the Group is being handed several strategic assets of the nation. By its own admission, the Group will control 40 per cent of air, sea and logistics infrastructure soon… Further, it seems that delisting of Adani Power in order to hide this fraud needs to be seriously looked into given allegations that have come to the fore.’

The main opposition party – the Indian National Congress – backed her call for a probe, seeking an investigation by the country’s Enforcement Directorate.

After Ms Moitra repeated her call for an investigation in the Parliament, India’s Minister of State for Finance, Pankaj Chaudhary, said the accounts of three of the six Mauritius-based funds had been frozen in 2016. He was also reported as saying that the Directorate of Revenue Intelligence (DRI) and the Securities and Exchange Board of India (SEBI) were investigating ‘certain entities belonging to the Adani Group of companies’.

It may be that the language of the minister was loose. Perhaps it’s the offshore investors in Adani companies that are under investigation.

Despite Adani’s assurances, Group stocks fell by about 3% in the wake of these reports and the associated accusations and confusion.

In a follow-up letter to the Minister for Finance and Corporate Affairs of 23 July, Ms Moitra said ‘it is important to note that now six (or seven) [of the foreign companies] seem to be all related to the Monterosa Group’. 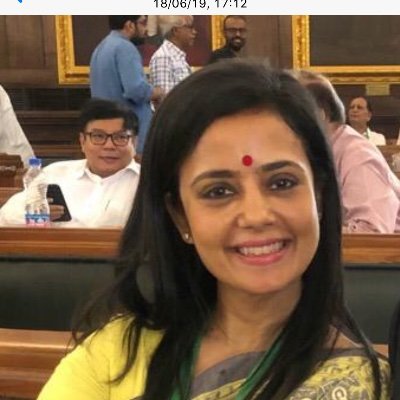 She said the chairman/CEO of the Monterosa Group and owner of at least one of the foreign companies is a ‘disqualified director’ by the Registrar of Companies. She again called for a probe into the details of the trades of these entities and the ultimate funds behind them.

Some days afterward, Al Jazeera ran its story by Anurag Kotoky entitled ‘the murky dealings of four funds in Indian tycoon Adani’s empire’. It referred to the high proportion of the funds of these offshore entities invested in Adani companies and the questionable activities of some of the companies’ principles:

‘Before they put about 90% of their $6.9 billion under management in the Adani empire, the funds — Elara India Opportunities Fund, Cresta Fund, Albula Investment Fund and APMS Investment Fund — held significant stakes in two companies whose founders fled India and have since been probed for money laundering, another that went bankrupt, and a fourth that was liquidated after sparring with the Ethiopian government.’

A similar story on 28 July by Kotoky in the Economic Times was entitled ‘four Mauritius-based funds with $7 billion in Adani stocks have history of wrong bets’. It again referred to entities such as Albula and Cresta, saying that had a record of ‘investing in firms which ended up defaulting or were investigated for wrongdoing.’

On 29 and 30 July, AdaniWatch ran two stories by independent journalist Ravi Nair that delved into the corporate structure and connections of these mysterious offshore entities, registered in tax havens such as Mauritius and Cyprus. Part 1 examined five of them, including Albula and Cresta,  and Part 2 examined five others. Very high proportions of the funds at the disposal of these entities were invested in Adani Group companies – generally 90% and, in one case, over 97%. Links with a stockbroker accused of market manipulation, with fugitive Indian businessmen, and with one very high-profile British Member of Parliament of Indian extraction were uncovered.

Nair concluded the story with some key questions:

‘Who are the beneficial owners of these investor companies and are the companies bonafide foreign portfolio investors? Are any of these entities involved in or linked to illegal transactions, as has been alleged by the Directorate of Revenue Intelligence in the case of Gudami, and as has been alleged by the Enforcement Directorate of Monterosa, the ultimate parent of Albula, Cresta, APMS, LTS and Lotus, in the cases of the fugitive Sandesaras, Jatin Mehta, and of Amicorp, the company that manages Leaina in the case of Nirav Modi?’

These are all questions for India’s regulatory bodies to address.