A special correspondent May 26, 2021
DHFL, a scandal-ridden housing-finance company whose assets are subject to a tug of war involving Adani.

In a rare instance of not getting its way, the Adani Group failed earlier this year to acquire the assets of the scandal-tainted finance company, DHFL. However, with messy legal disputes potentially de-railing the outcome of the bankruptcy process, there is a chance that a fresh round of bidding may yet take place. This would put Adani back in the race for DHFL's assets. Last year, another major bidder complained to Indian PM Narendra Modi that a late bid by Adani had disrupted a process widely seen as a test case for India’s new insolvency laws.

India’s second richest man, Gautam Adani, is not used to conceding defeat. So when in January 2021 the Adani Group failed to acquire the assets of a scam-tainted company, DHFL (formerly Dewan Housing Finance Limited), it was perceived as a rare instance of the Adani Group not getting its way. Adani’s setback followed strong protests from other bidders about the bidding process, notably by the influential Piramal Group, which won the first round of the battle. With the bankruptcy outcomes now sinking into a messy legal quagmire, the hopes of the Adani Group have revived.

In November 2020, Adani Watch broke the news about one of the bidders writing to India’s Prime Minister Narendra Modi, claiming that DHFL’s bankruptcy-resolution process was being delayed, disrupted and undermined by a late and non-compliant bid by the Adani Group.

This complaint to the Prime Minister was made by the Mumbai-based Piramal Group, headed by Ajay Piramal. It has interests in real estate, financial services, pharmaceuticals and healthcare. Piramal’s son is married to Isha Ambani, heiress to the Reliance Group, headed by India’s richest man Mukesh Ambani. The Piramal group had a business association with Piyush Goyal, a prominent minister in the Modi government. 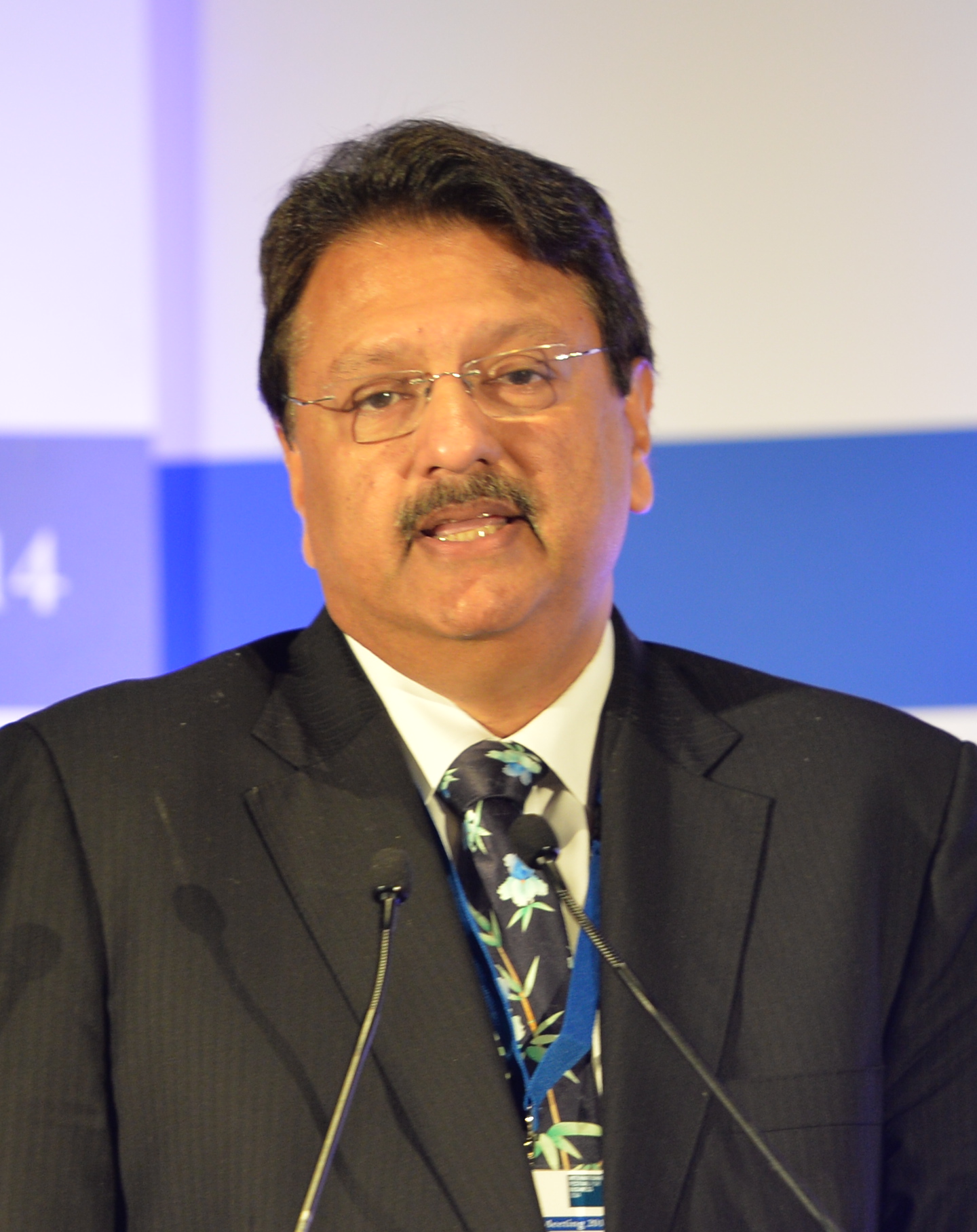 Piramal alleged that re-starting the bankruptcy process to accommodate Adani’s bid would undermine efforts by other applicants and could result in judicial proceedings that would delay and frustrate the bankruptcy resolution process even further. To avoid litigation and to give all bidders a fair chance, the committee of creditors allowed all bidders to change their offers. This saw the Piramal Group, Oaktree Capital and Adani Group place offers to buy the entire loan book of DHFL. Another bidder, S C Lowy, decided not to pursue its bid as it felt that the bidding process was not fair.

Piramal was successful. However, subsequent events may jeopardise this outcome.

A knowledgeable corporate source, who spoke to this writer on condition of anonymity, said DHFL’s bankruptcy resolution is almost certain to fall through. This may pave the way for a fresh round of bidding for DHFL’s assets which, in turn, would permit the Adani Group to re-enter the fray to acquire the assets of the scandal-ridden housing-finance company.

‘It seems that there was a deliberate design to derail and vitiate the bankruptcy resolution process,’ the unnamed source told this correspondent.

Background to the DHFL Scandal

The website reported that the scam had ‘been pulled off mainly by sanctioning and disbursing astronomical amounts in secured and unsecured loans to dubious shell/pass-through companies, related to DHFL’s own primary stakeholders Kapil Wadhawan, Aruna Wadhawan and Dheeraj Wadhawan through their proxies and associates, which have in turn passed the money on to companies controlled by the Wadhawans. The money has been used to buy shares/equity and other private assets in India and abroad, including in countries like (the) UK, Dubai, Sri Lanka and Mauritius.’

In no time at all, the 35-year-old company that had over US$13.3 billion in assets under management, and which was earning revenues of over $1.6 billion a year, collapsed like a house of cards. By March 2020, India’s banking regulator, the Reserve Bank of India (RBI) had taken over DHFL’s administration and then referred it to the bankruptcy court, the National Company Law Tribunal (NCLT).

DHFL’s meltdown led to the collapse of two Indian banks, the Punjab and Maharashtra Cooperative Bank and YES Bank. The banks’ customers took to the streets in protest and the government in New Delhi had to bail them out. The members of the Wadhawan family were arrested and their assets frozen.

When bidding for DHFL’s assets began, the Adani Group offered around US$364 million for a small portion of DHFL’s loan-book. On 15 November 2020, six days after the deadline for final bids had passed, Adani submitted a new bid, this time for DHFL’s entire loan portfolio, bidding 0.8% more than the highest bid at that time by the US-based Oaktree Capital, which was US$4.21 billion.

This late bid by Adani was considered ‘unsolicited.’ According to the rules of the resolution process, each bidder could only revise the value of initial offers for the section of DHFL’s portfolio that they had initially bid for and could not revise their bids to change the category of assets that they had bid for. Having initially bid $364 million for a particular category of DHFL’s assets, Adani placed a revised bid for the entire portfolio. This was a violation of the rules, according to the letter from Piramal to Prime Minister Modi.

The bids were meant to offset the bankrupt DHFL’s dues to its lenders, primarily several Indian banks. However, the bids were judged to be too low by the Committee of Creditors (CoC), a body formed by representatives of all lenders, including banks, other companies, private investors and the government. The bidders were then asked to submit higher bids. The rules mandated that the bidders could only update the value of their proposals and that they could not bid on different categories of assets from those that they had already chosen.

Piramal’s letter to Modi said that the Adani Group’s proposal should have been declared ineligible and rejected outright by the administrator of the resolution process and the CoC. Instead, the letter alleged, the bidders were informed that the administrator and the CoC would open only the three eligible bids submitted within the deadline and would later determine what to do with Adani’s unsolicited late bid.

A new development took place at the tribunal or the NCLT. While hearing a petition filed by one of DHFL’s creditors, the National Housing Bank (NHB), the tribunal ordered that none of the bids were to be opened until its next hearing on 3 December 2020. The Piramal letter alleges that this was accepted without objection by the CoC’s lawyer because the lawyer had been briefed for that hearing by a representative of one particular lender of DHFL, that is, the public sector Union Bank of India, rather than a representative of the entire CoC.

This caused a ‘perception of serious conflict of interest in relation to one of the advisors of the CoC, because of the manner in which the CoC is being advised to give undue importance to (Adani’s) unsolicited and non-compliant resolution plan... and how the NCLT proceeding(s) for the NHB application is being conducted,’ the Piramal letter alleged.

The letter to Modi added: ‘DHFL is the first Financial Services Provider for which the Insolvency and Bankruptcy Code (IBC) process has been initiated by the RBI. Given that it’s the first of a kind insolvency situation, along with a sizeable debt that has a macro-economic impact on the financial system and (the) balance sheet(s) of several public sector banks and other financial institutions, its insolvency resolution process is being widely seen as a test case for future insolvency situations of other NBFCs [non-banking financial companies] as well that are currently under financial stress. Any irregularity in following the due process for DHFL’s insolvency will accordingly have a wide-ranging impact on future situations where IBC proceedings are initiated against distressed financial players.’

On 30 November 2020, the Adani Group indicated that it would improve its offer to acquire the assets of DHFL. In a public emailed communication to the administrator of the DHFL insolvency process (available on his website), Adani said its ‘intent has always been to provide an unconditional offer and potential value maximization for all the stakeholders and ensuring an expeditious consummation of the process,’ adding that the Group also was ‘committed to further improve our offer when revised offers are invited.’

The Adani Group said it was ‘pained’ that some bidders had ‘sensationalised’ the issues to the media with the intention to ‘prevent value maximization for the lenders and depositors.’ It alleged that rival bidders had formed a cartel and that the Adani Group was being ‘threatened’ and ‘coerced’ by some of them to pull out of the auction in order to ‘harm’ the bidding process.

The bid process provides for the administrator or the CoC ‘forfeiting the earnest money of such a resolution applicant’ who has ‘directly or indirectly engaged in coercive practice and/or restrictive practice.’ 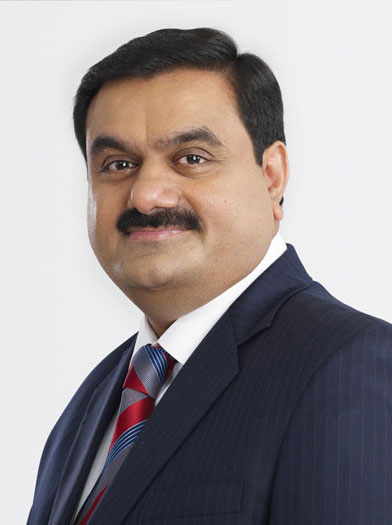 Piramal Group wins first round of battle, but…

The Adani Group lost the bidding process when the green light was given to an entity of the Piramal Group by the RBI, the Competition Commission of India (CCI) and the CoC.  The Piramal Capital and Housing Finance Limited was now a step closer to acquiring the assets of DHFL for the equivalent of about six billion Australian dollars.

(The CCI is a statutory commission established by the Indian government to eliminate practices having an adverse effect on competition, to promote and sustain competition, to protect the interests of consumers and to ensure freedom of trade in markets)

However, parts of the arrangement have been heavily criticized by DHFL creditors and some financial commentators as being overly advantageous to the Piramal group. The corporate source quoted earlier said the outcome was ‘akin to a sweetheart deal’. In addition, some creditors will lose up to 90% of their investment while financial institutions such as banks will lose only 60%.

A recent article published on 14 May in the paywalled website The Morning Context, has argued that  DHFL’s bankruptcy resolution process ‘may fetch (the) Piramals a windfall.’

‘The resolution plan drawn up by the committee of creditors seems unduly generous to the new owners even as it gives ordinary creditors the short shrift,’ it stated.

The article concluded on an ominous note: ‘That means that, in the end, these dozen-odd objections to the resolution plan and distribution framework are not going away. They will likely end up at the Supreme Court at some point. It may even lead to some action from the Ministry of Corporate Affairs and the Reserve Bank of India.’

In fact, some of the creditors, which include government bodies and charitable organisations, have already initiated legal proceedings against the CoC’s decision.

There is therefore a strong possibility that DHFL’s bankruptcy process could be scrapped altogether and a new bidding/auction process started all over again. Adani would then be back in the race for acquiring DHFL’s assets.