Power generated by Adani for export to Bangladesh will weaken that country’s economy, according to energy analysts.

The Adani Group intends to export coal from its Carmichael mine in Australia in order to generate electricity for export to Bangladesh. The coal is to be burnt in the Godda power plant (under construction) in India – about 130 km from the border with Bangladesh. Supporters of the project claim that this will help ‘lift Bangladesh out of poverty’.

However, analysts from two Bangladeshi community groups strongly disagree. A presentation to a webinar by the Bangladesh Working Group on External Debt (BWGED) and Coastal Livelihood and Environmental Action Network (CLEAN) says that Adani’s plan threatens to increase the external debt of Bangladesh.

‘It is obvious that Bangladesh will not require (Adani’s) electricity,’ said Sajjad Hossain Tuhin from BWGED, ‘as it is already experiencing over-capacity.’

He said that if the power deal proceeds, Bangladesh will fall into a ‘heavy burden’ from external loans.

He said the financial arrangements contained in a power-purchase agreement between an Adani company and the Bangladesh Power Development Board (BPDB) mean that Bangladesh will have to pay for contracted power even if the power is not used. Such payments are called ‘capacity payments’.

Mr Tuhin presented charts of power consumption versus generating capacity in Bangladesh showing that 44% of capacity is currently idle. 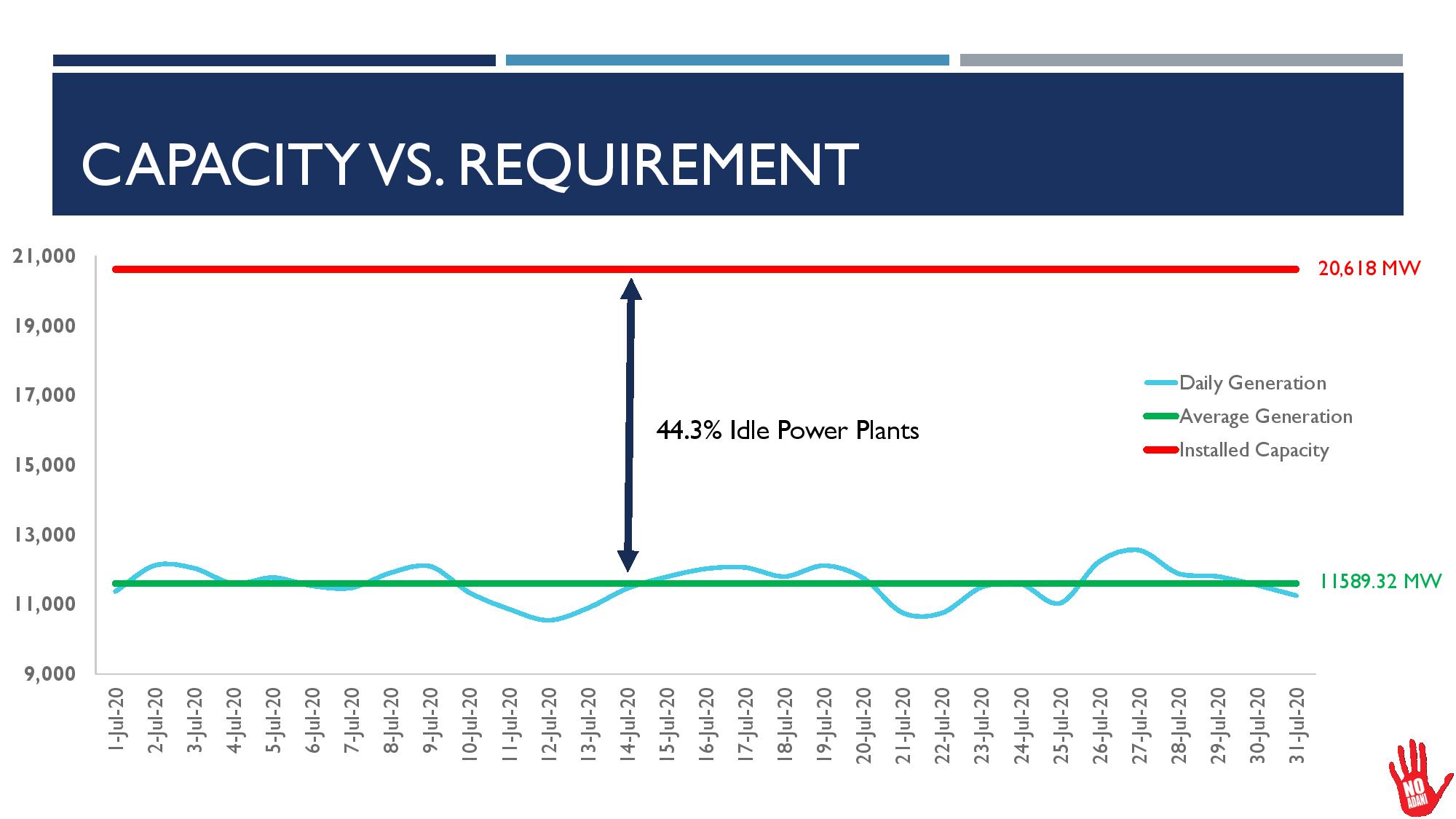 This has resulted in capacity payments that have been steadily increasing until they reached US$ 1.5 billion in 2019-20. Bangladesh cannot afford to pay such huge amounts of money for power it does not use. 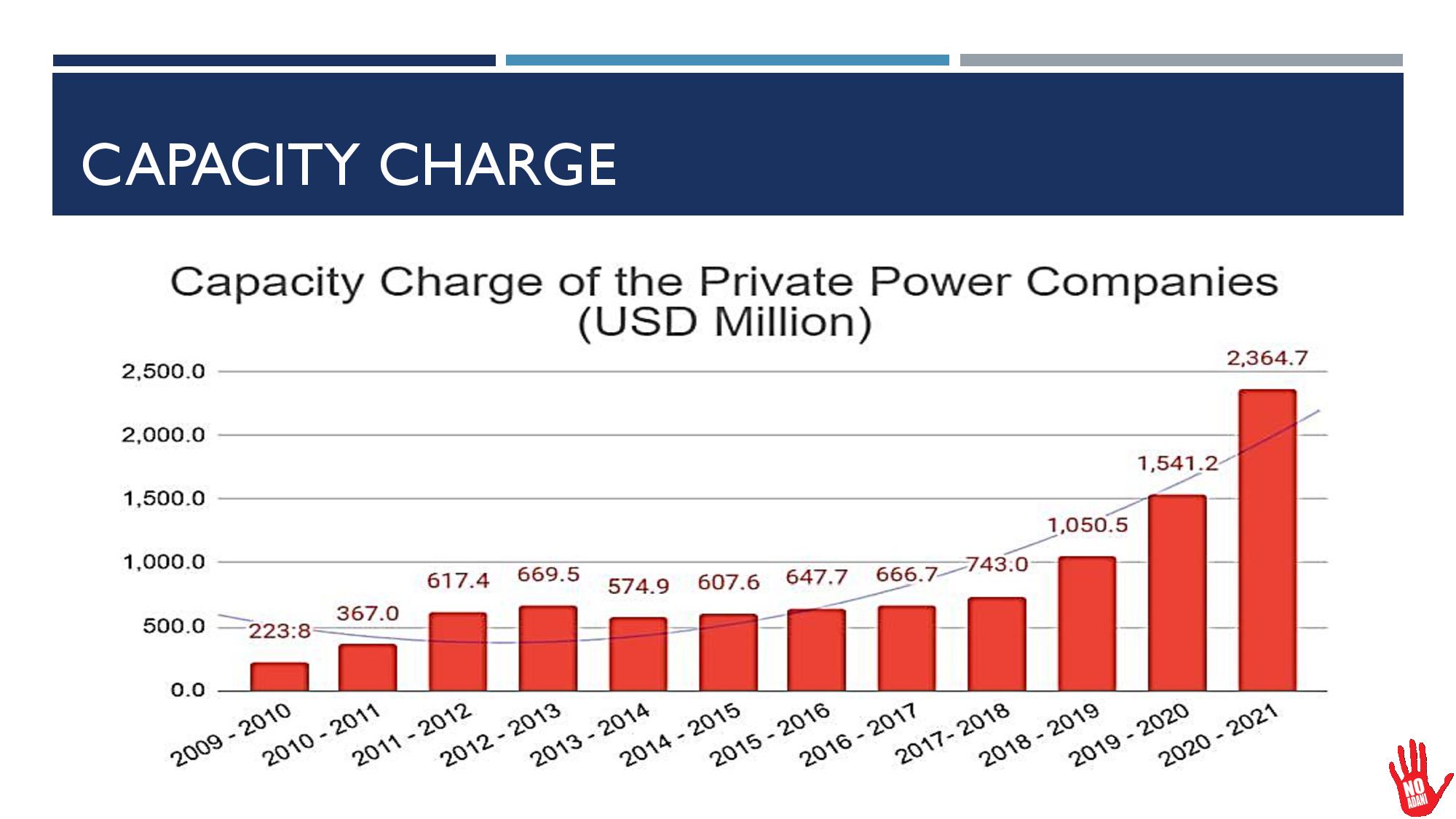 Graphs of power tariffs showed that the price of Adani’s power would be two-and-a-half times that of solar power generated in India. Mr Tuhin said that such prices, combined with the capacity payments, would send huge profits to the Adani Group at the expense of the Bangladeshi economy. 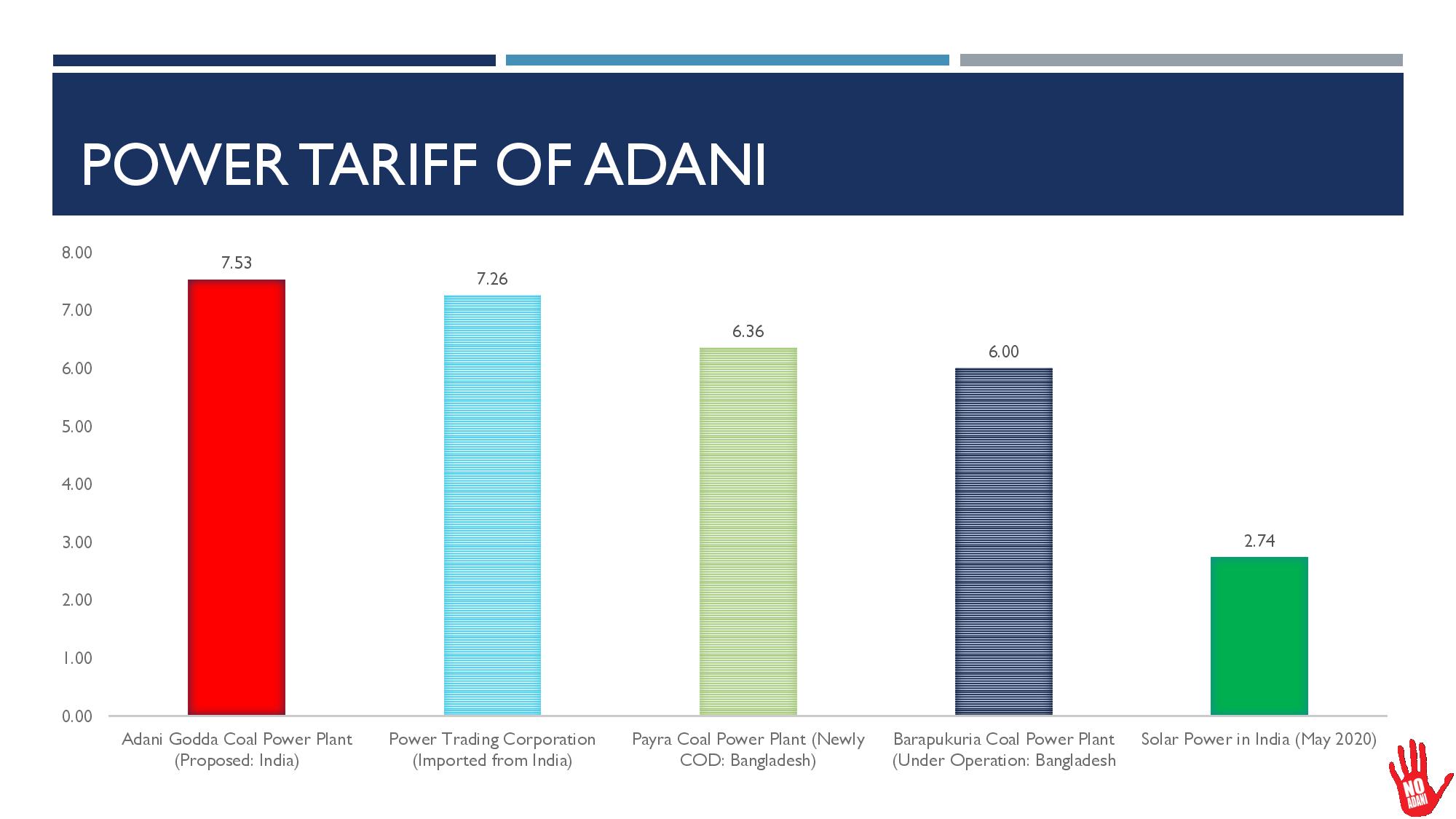 However, a spokesperson for the Adani Group disagreed.

“The tariff from the Adani Power Jharkhand Limited India (APJL) power station at Godda includes the cost of transmission and will be much lower than the prevailing electricity tariff in Bangladesh,’ the spokesperson said. ‘The current cost and availability of power in Bangladesh is (sic) not related to any business activities of the Adani Group.’

The International Institute for Energy and Economic Financial Analysis (IEEFA) warned that the power from Adani’s coal-fired power station was not a good fit for Bangladesh. A presentation made on 10 August 2020 showed that the cost of renewable energy had massively decreased and was undercutting the cost of power from coal. For this reason, the Adani Group itself has invested hugely in solar energy. Gautam Adani, founder of the group’s business empire, has said that he expects the cost of solar energy to decrease by 99% in the next four decades, as it has done in the last four.

Earlier in 2020, IEEFA warned that Bangladesh was heading for a ‘financial crisis within its power system’ unless it changed the direction of its energy policies.

Authors of a report on Bangladesh’s power system said the country needs to consider regaining control of its power sector by renegotiating coal and LNG plants to more appropriate, modular renewable energy – without capacity payments – and grid investments to meet lower demand growth. This would reduce the overall system cost while improving domestic energy security and resilience. 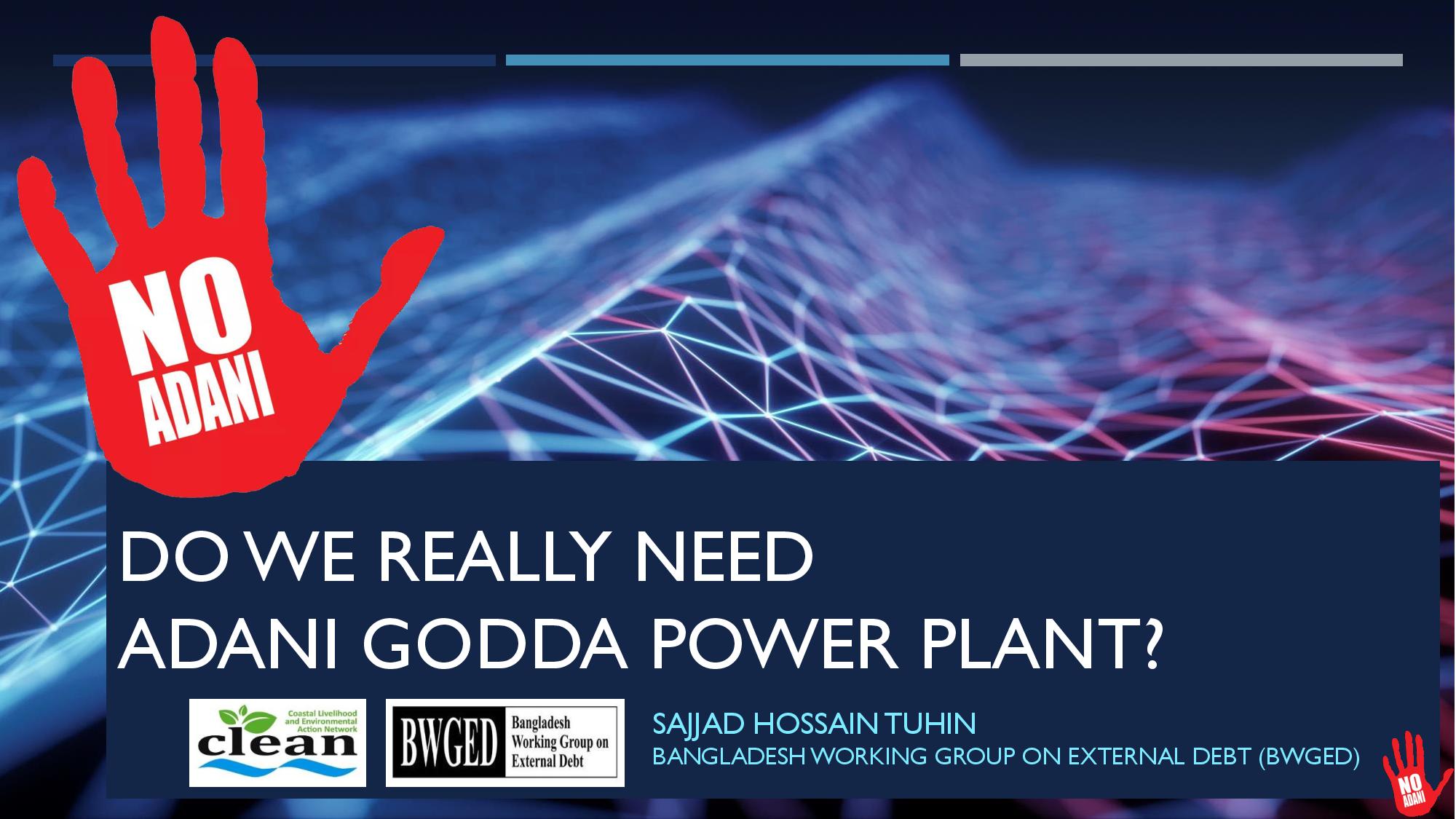 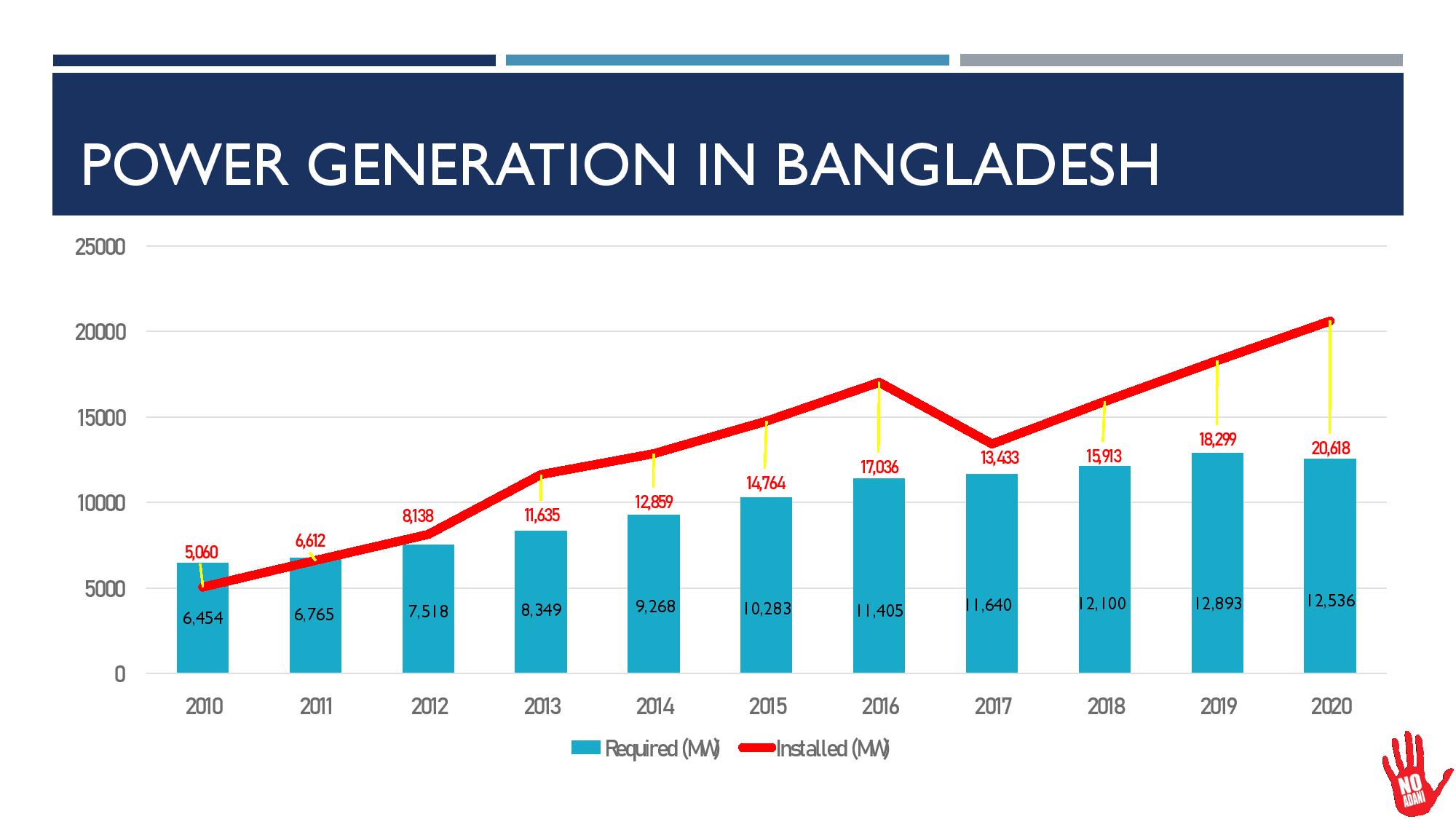 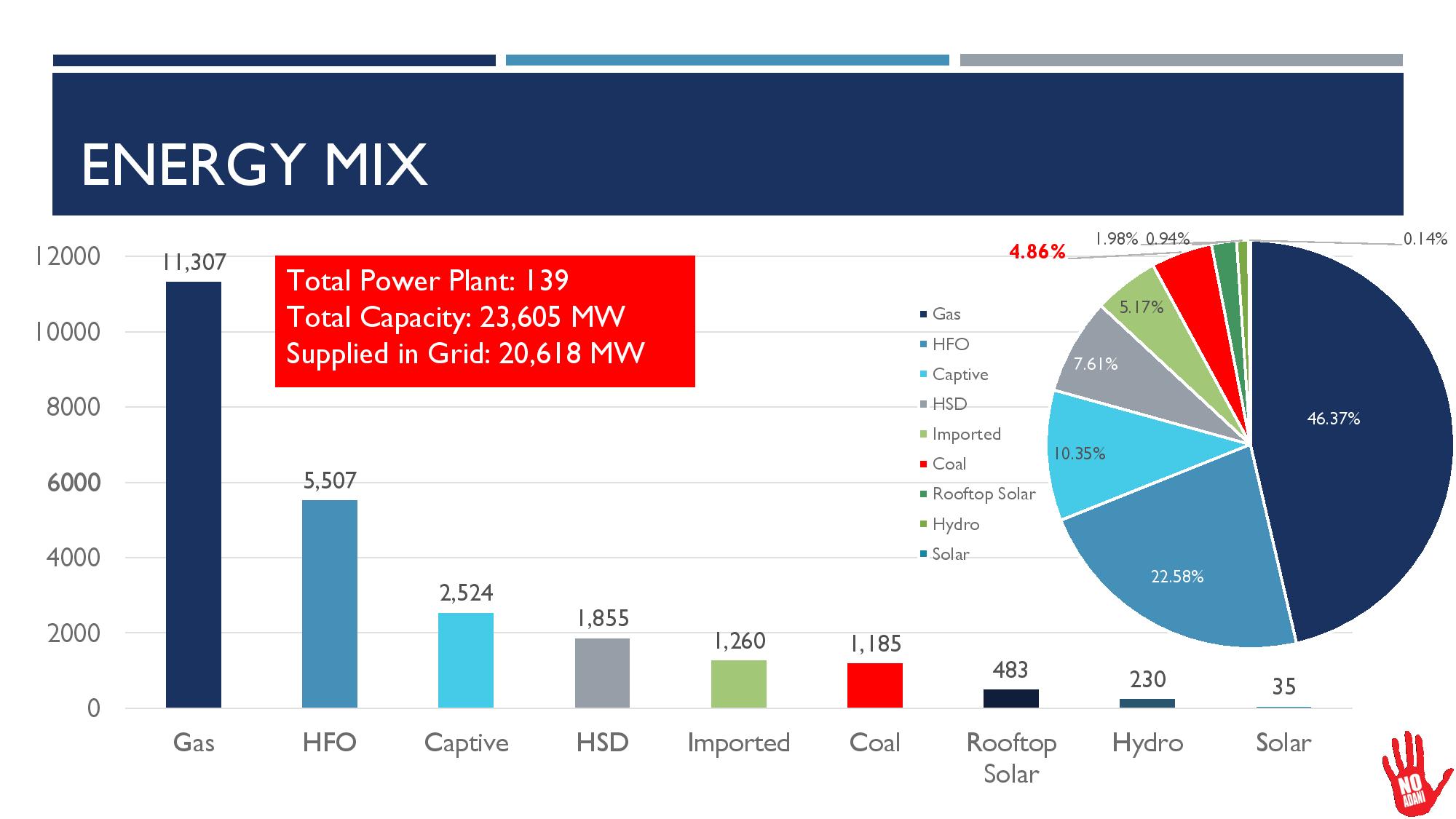 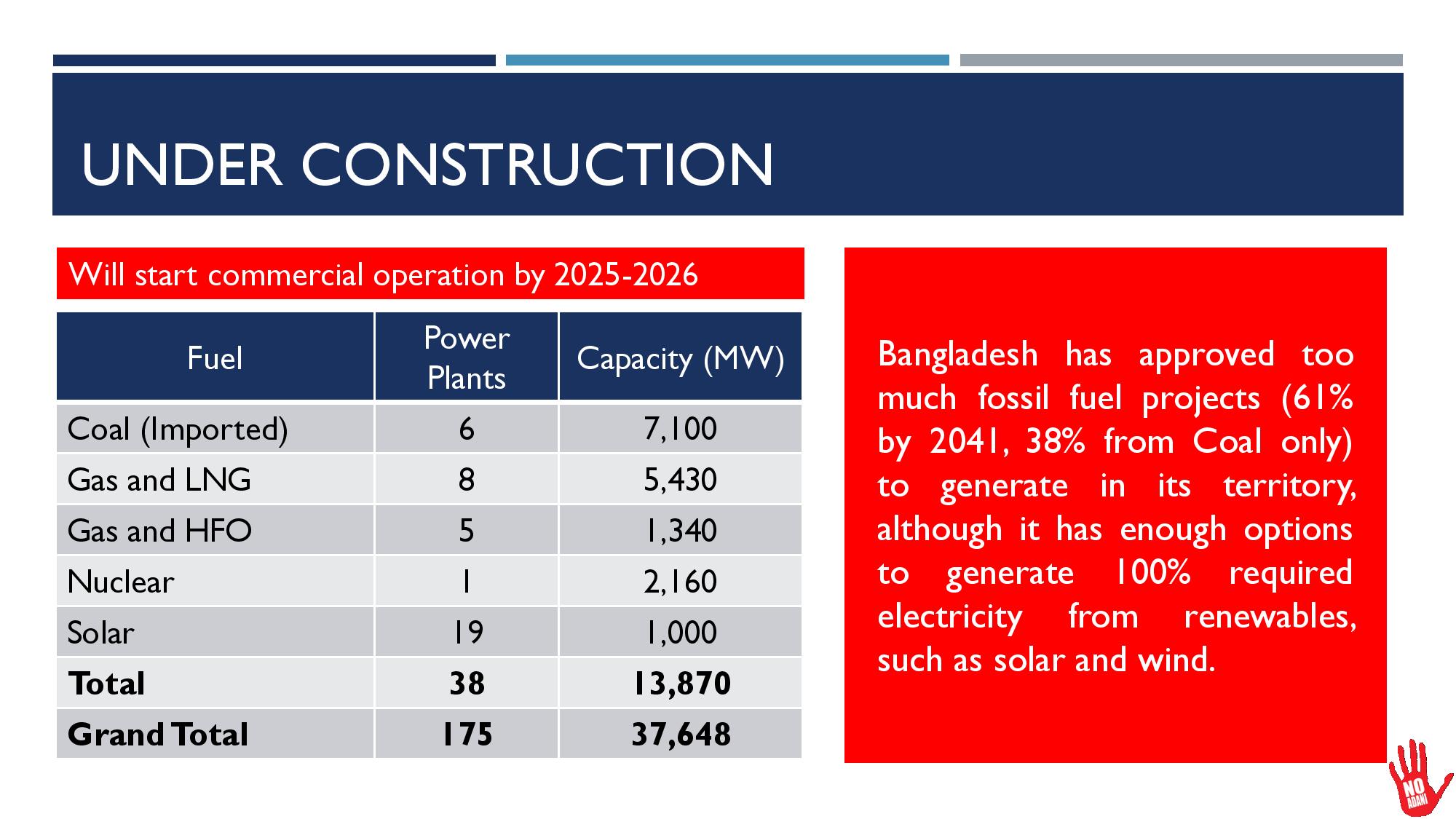 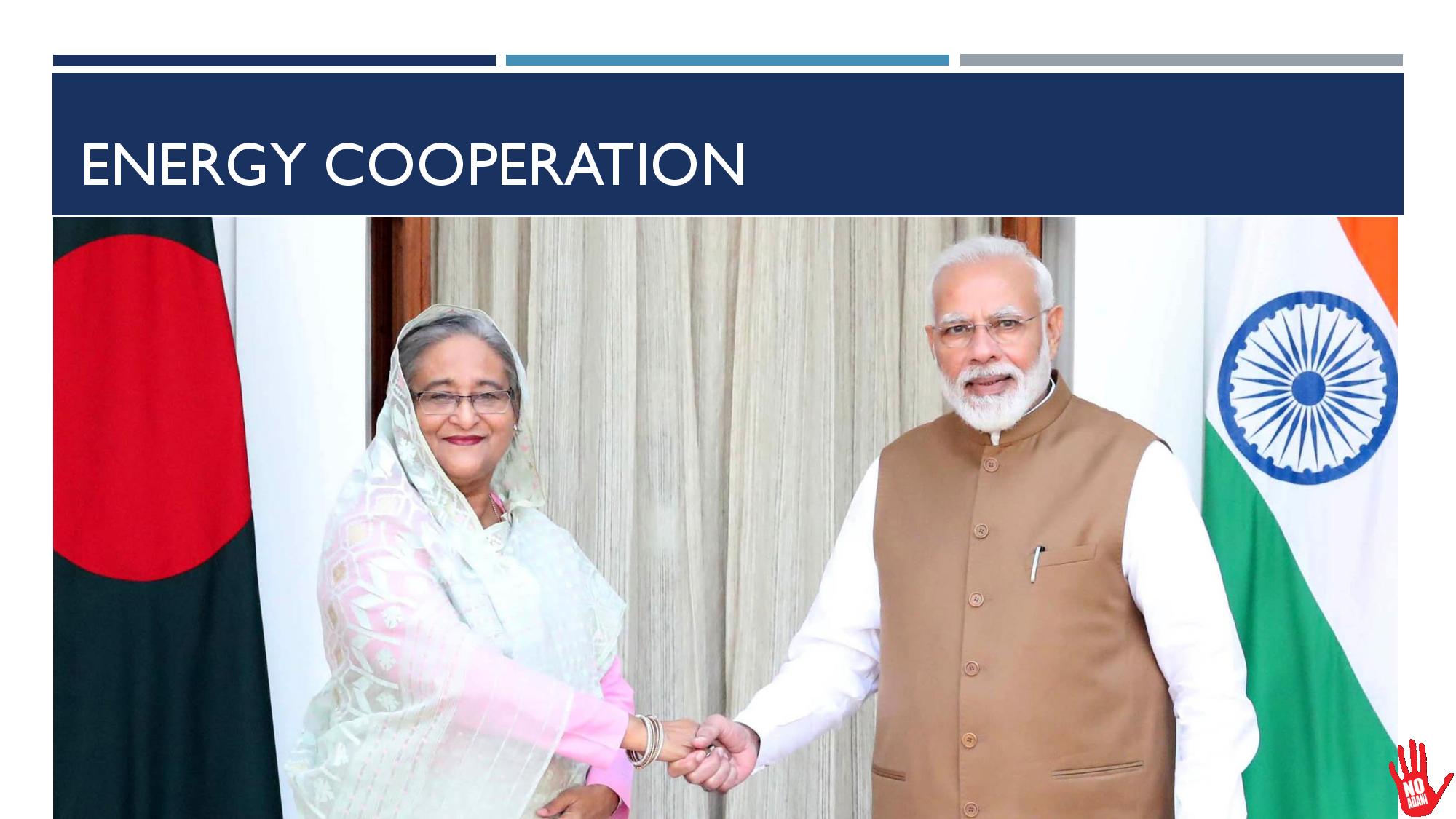 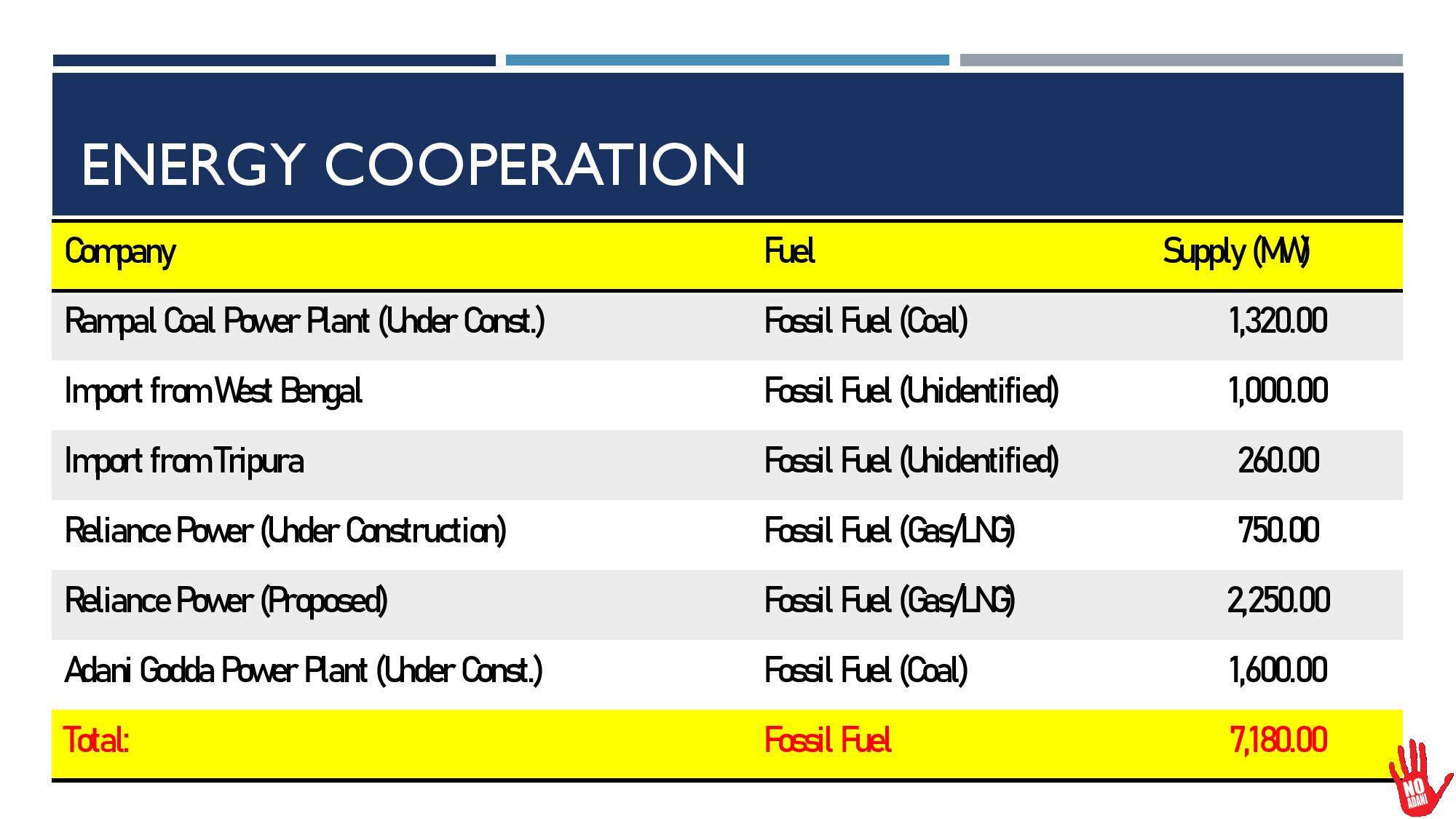 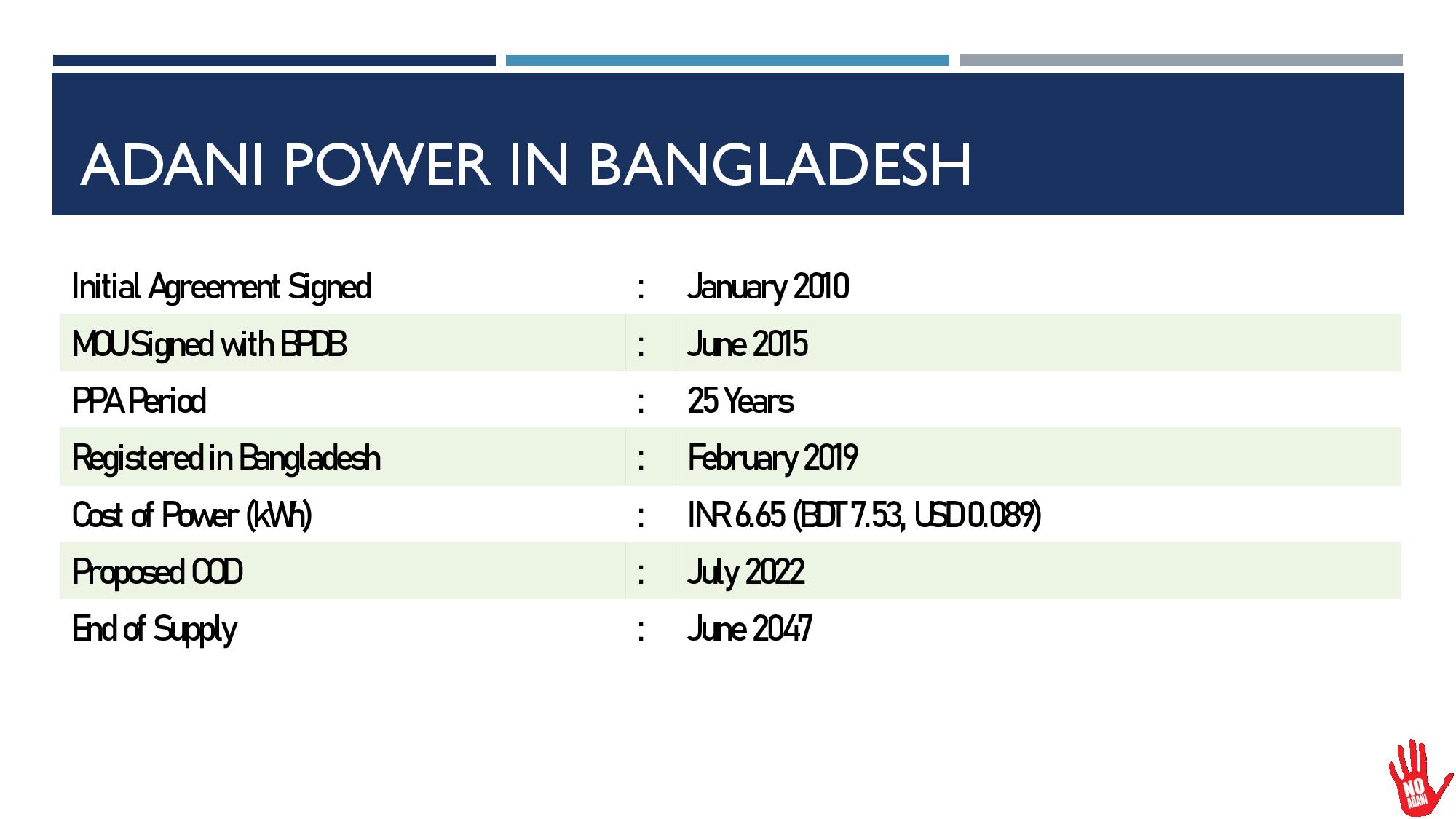 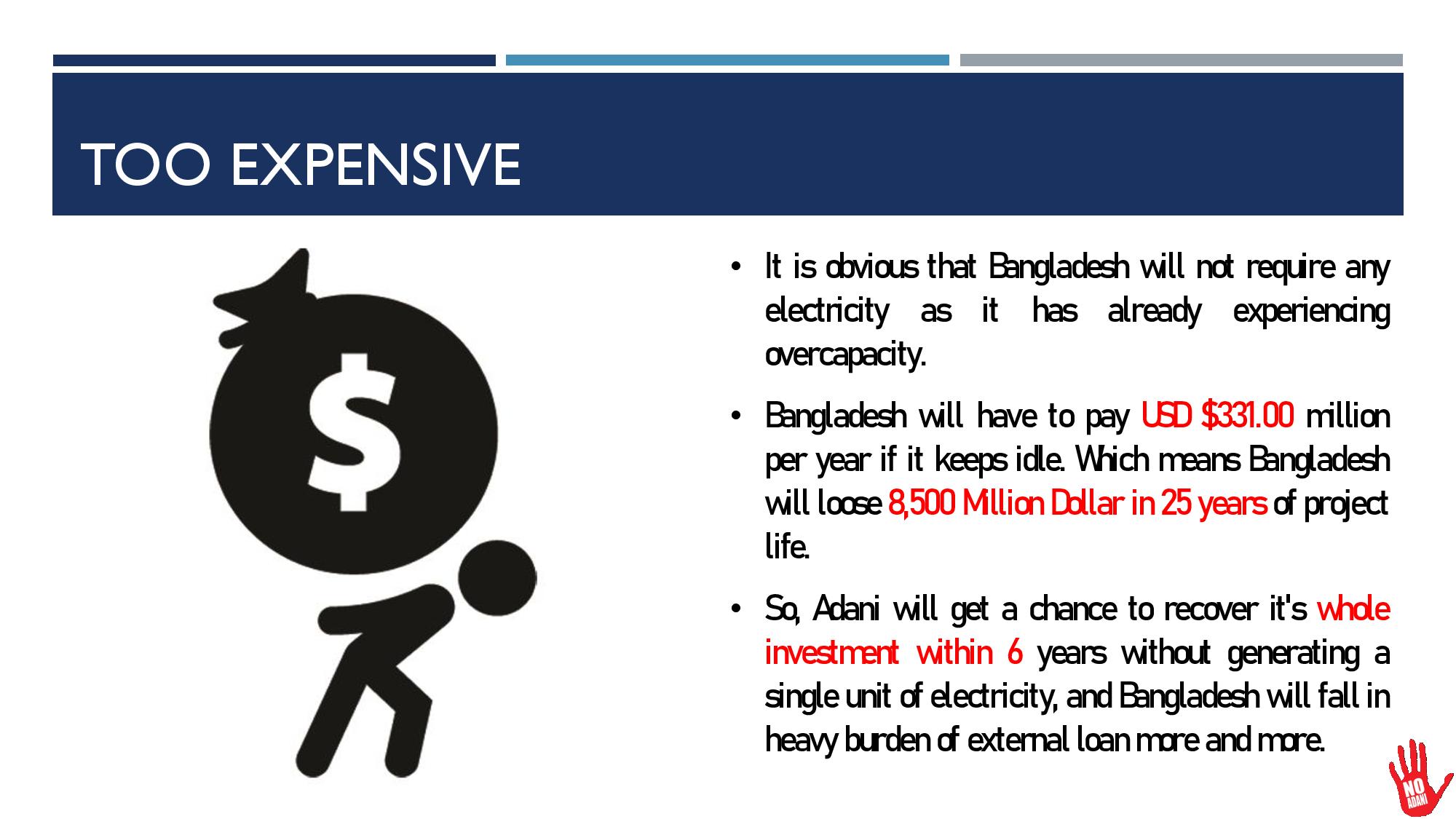 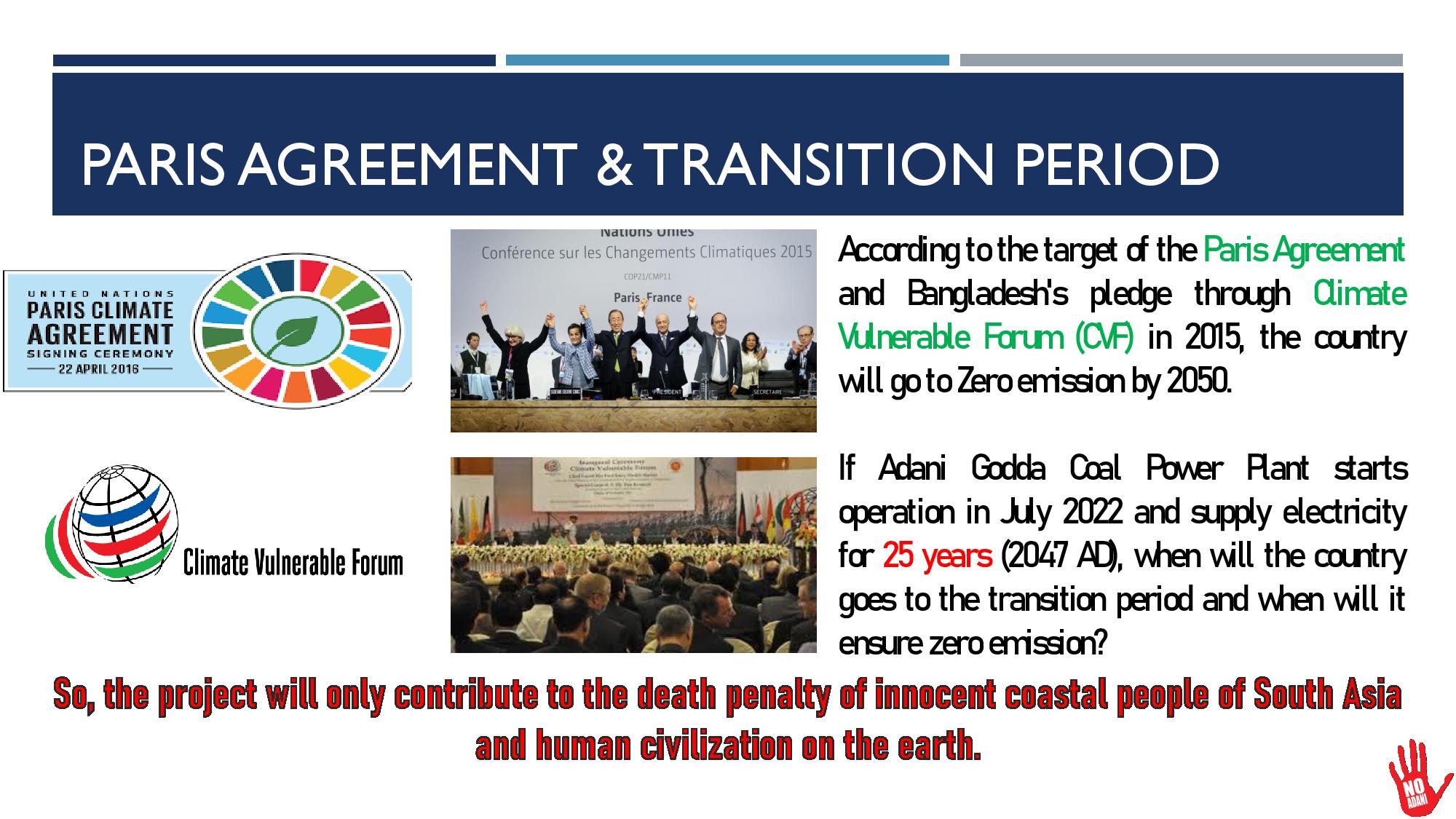 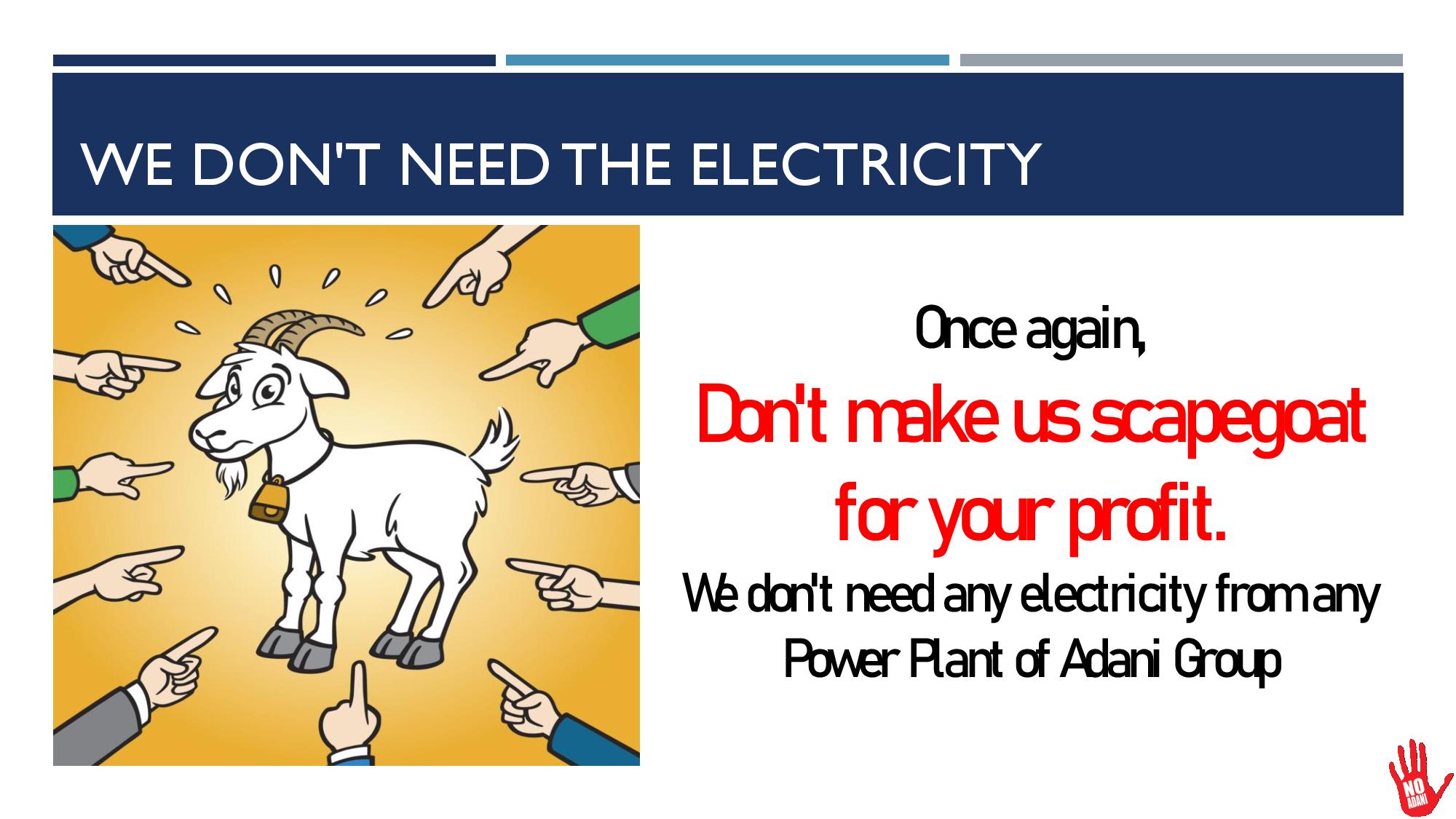