Delays to hit Adani’s Godda power station for another year

A special correspondent Jul 06, 2022
Difficulties with completing all the interlocking elements of the huge Godda coal-power project, combined with the monsoon, will probably push its completion date into 2024. Image by the author

Adani's huge coal-power project at Godda in north-eastern India has hit delays and controversy every step of the way. The intended source of the coal is the Carmichael mine, now more than eight years overdue. Protests have impeded work on the Godda project's land acquisition, transport routes, water pipeline and transmission line. For years, Adani said the project would be complete by the end of 2021. Now it is giving a new deadline of December 2022. However, the work required to complete all the interlocking elements of the colossal power plant is likely to take a year and a half. One insider believes it will take at least another five years for the plant to produce the full 1600 MW.

In February 2022, a report published by United News of Bangladesh quoting Adani Group officials and Bangladeshi authorities said that export of power from Adani’s 1600-megawatt coal-power power plant at Godda is hoped to begin by November-December 2022. This timeline constitutes a one-year delay on an earlier deadline of December 2021. 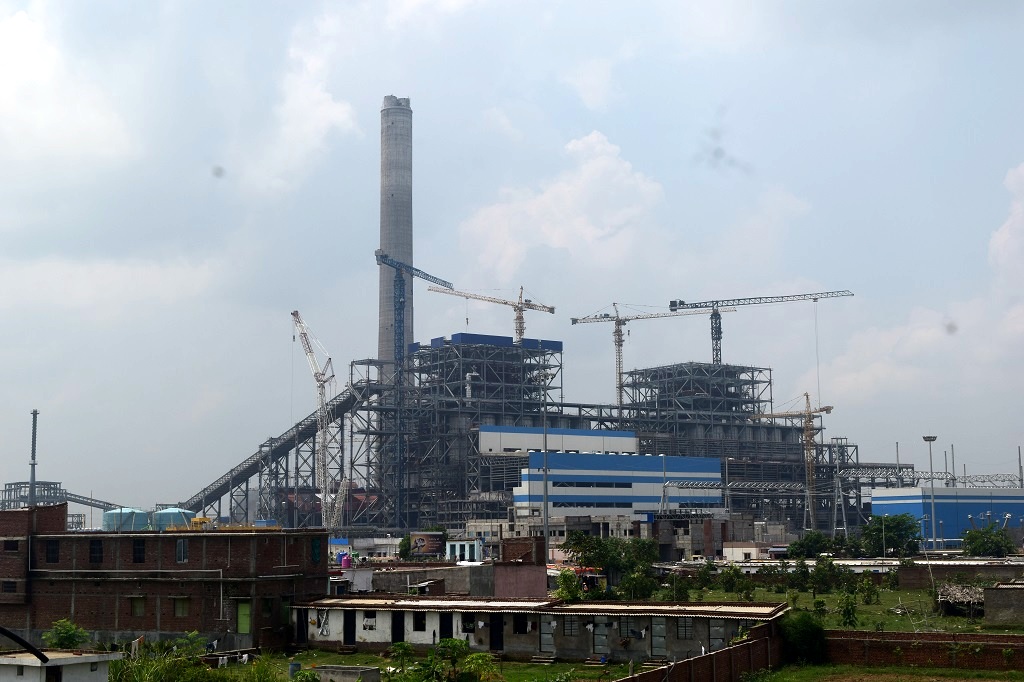 Will Adani be able to adhere to its new timeline? After a visit to Godda, this correspondent has learned that the answer to this question is ‘no’. Those to whom this reporter spoke had varying assessments of how long it would take for exports of power to begin, but there was consensus on one point – export of electricity by November-December 2022 is impossible.

Despite construction occurring at breakneck speed, there is simply too much left to be done and too little time to do it in. By this correspondent’s assessment, at the very least, late 2023-early-2024 may be a more realistic estimate for when export of electricity can begin. 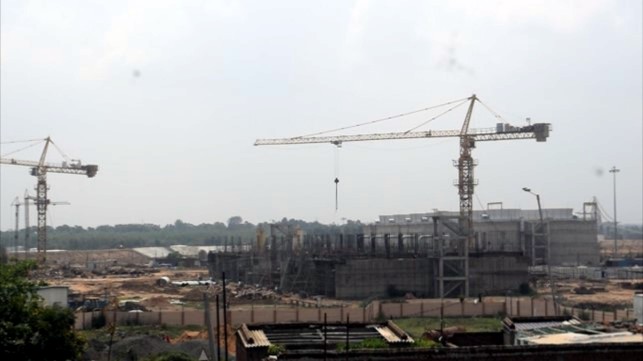 Subhash Hembram, a Godda-based activist who has been involved in the Adivasis’ protest against acquisition of ancestral lands for the project, explained: ‘Adani hope that they can finish the first phase (800 megawatts) of the project in 2022. This would include both the construction of the plant itself and the water connection from the Ganges River at Sahibganj, as well as the link for coal to arrive and the transmission line.’

All four elements are incomplete, he explained.

‘The rail line is not complete yet (that will bring coal from Godda railway station to the plant). However, to begin with they can try to bring coal by truck from the riverine port on the Ganges at Sahibganj. Some new roads have been proposed for the coal transport as the existing road is not suitable for the purpose. These new proposed roads pass through forest land, and a process has to be followed for forest land to be diverted for building roads. These processes are not completed yet, and so the road construction hasn’t begun yet,’ Hembram explained.

Meanwhile, he continued, ‘the transmission line to Bangladesh is not complete. It is possible that it might be completed by December. Workers are on it all the way to the national border,’ he continued.

‘It is likely impossible for Adani to be able to begin export by November. Neither link for coal transport, whether by riverine port (at Sahibganj) and then road, or by rail from Dhamra port in Odisha, is complete.

‘The pipeline work for the water link from the Ganges River is not completed yet at all locations. A reservoir that is planned at Sugabathan is not completed yet; the land hasn’t even been acquired at that location. A dam named Sundar dam had to be expanded for this project, but that has also not happened. Several similiar reservoirs were planned that have not been completed. So due to all these factors, the chances are low that Adani will be able to begin exports by November 2022,’ he concluded. 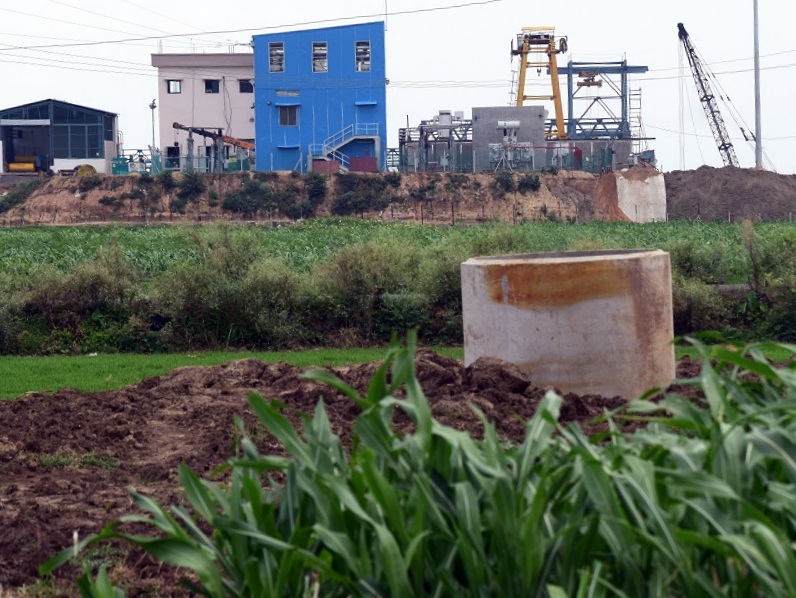 Inam Ahmed, a lawyer at the Godda district court who has argued several cases for those who insist that their land was illegally acquired for the Godda coal-power plant, agrees.

'The contractors, the labourers, the lawyers for the plant, all tell me that it will be take a year to a year and a half for the power plant to be completed,’ Ahmed said.

These observations fit with what this reporter witnessed at the project site in Godda and at the site of the water pumping station at Sahibganj. Despite the speed of the works, the site at Godda does not appear mere months away from being ready. Many structures are still at the foundation-laying or skeletal stage of construction, rather than being close to finished. 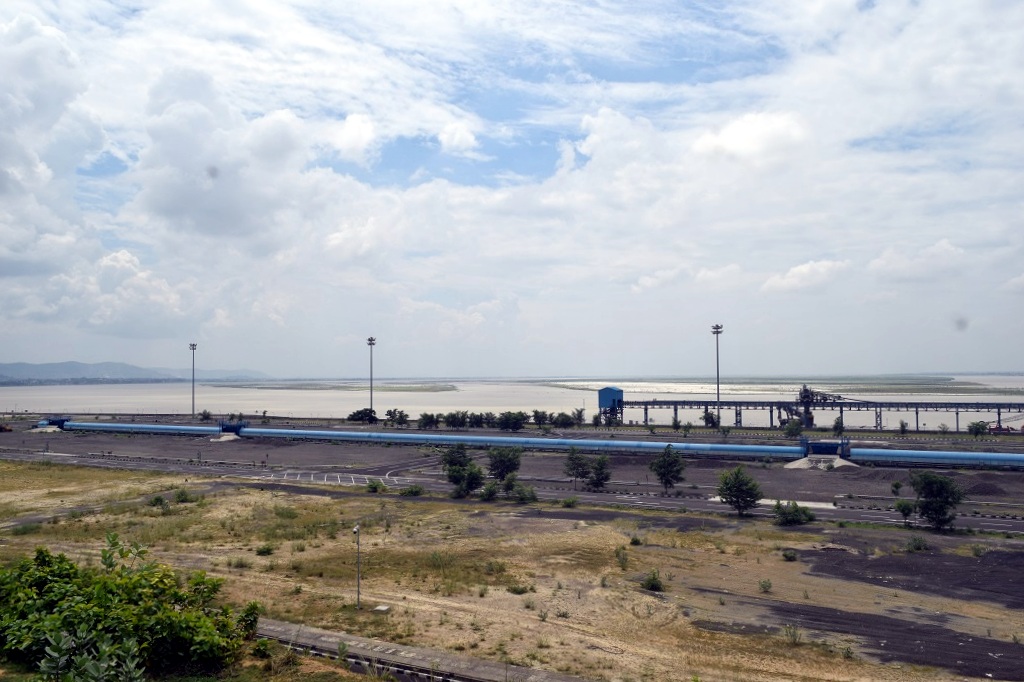 In addition, the months of July, August and September are the monsoon in India and that this will considerably slow down construction work. Should construction not be completed in the months between this monsoon and next year’s, the delay may extend further. The rains will slow down or completely stop work on railway track, road, transmission line, water pipeline and reservoir, as well as construction at the project site.

In addition, Indian regulation requires that, after completing construction, a coal-power plant must conduct two months of testing before it is commissioned or connected to the power grid. Bangladesh’s regulations require three months of testing. 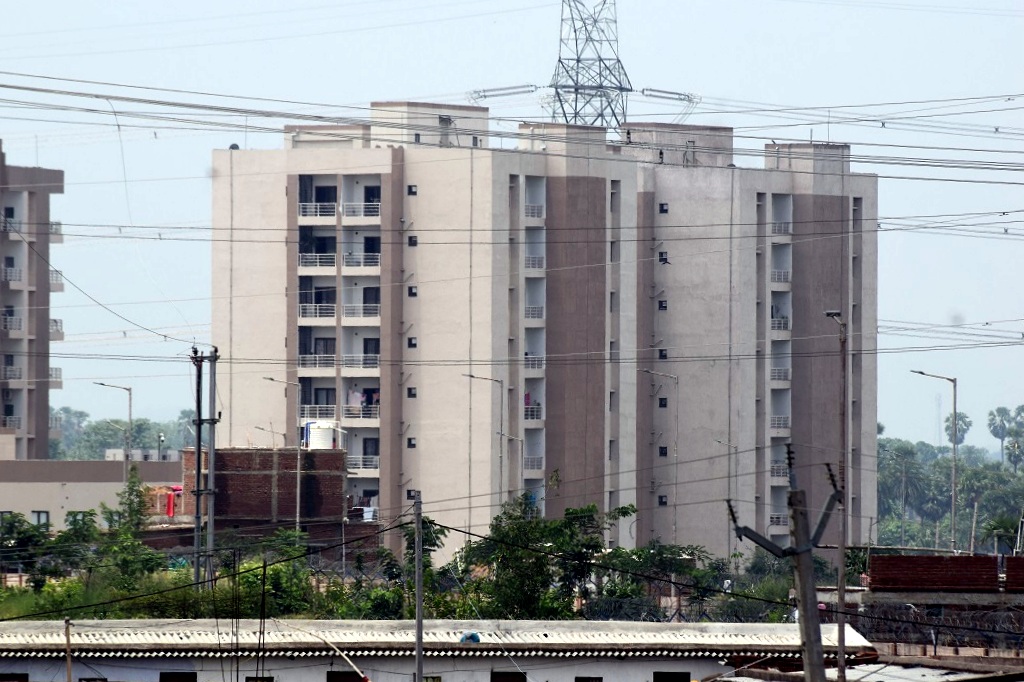 All this is aside from the issue of coal import. At present, the Indian Railways corporation is seeking to build an extension of a railway line that connects Dhamra port in Odisha (that Adani owns) to Godda, by which coal imported from Carmichael will arrive at Godda. That expansion is on hold due to protests by an Adivasi community in Odisha (a forthcoming report in AdaniWatch will cover these protests in detail). The alternate route for coal to arrive at Godda, via the riverine port at Sahibganj, requires that the road route to Godda be firmed up, which as Hembram explained, requires work by the state government and other development authorities.

However, Hasan Mehedi of Coastal Livelihood and Environmental Action Network, Bangladesh, said that on the Bangladesh side of the border, 73% of the transmission line has been completed: 'The Power Grid Company of Bangladesh Limited (PGCB) will be able to complete the (transmission line) project by December 31, 2022 as per the latest report,' he said. 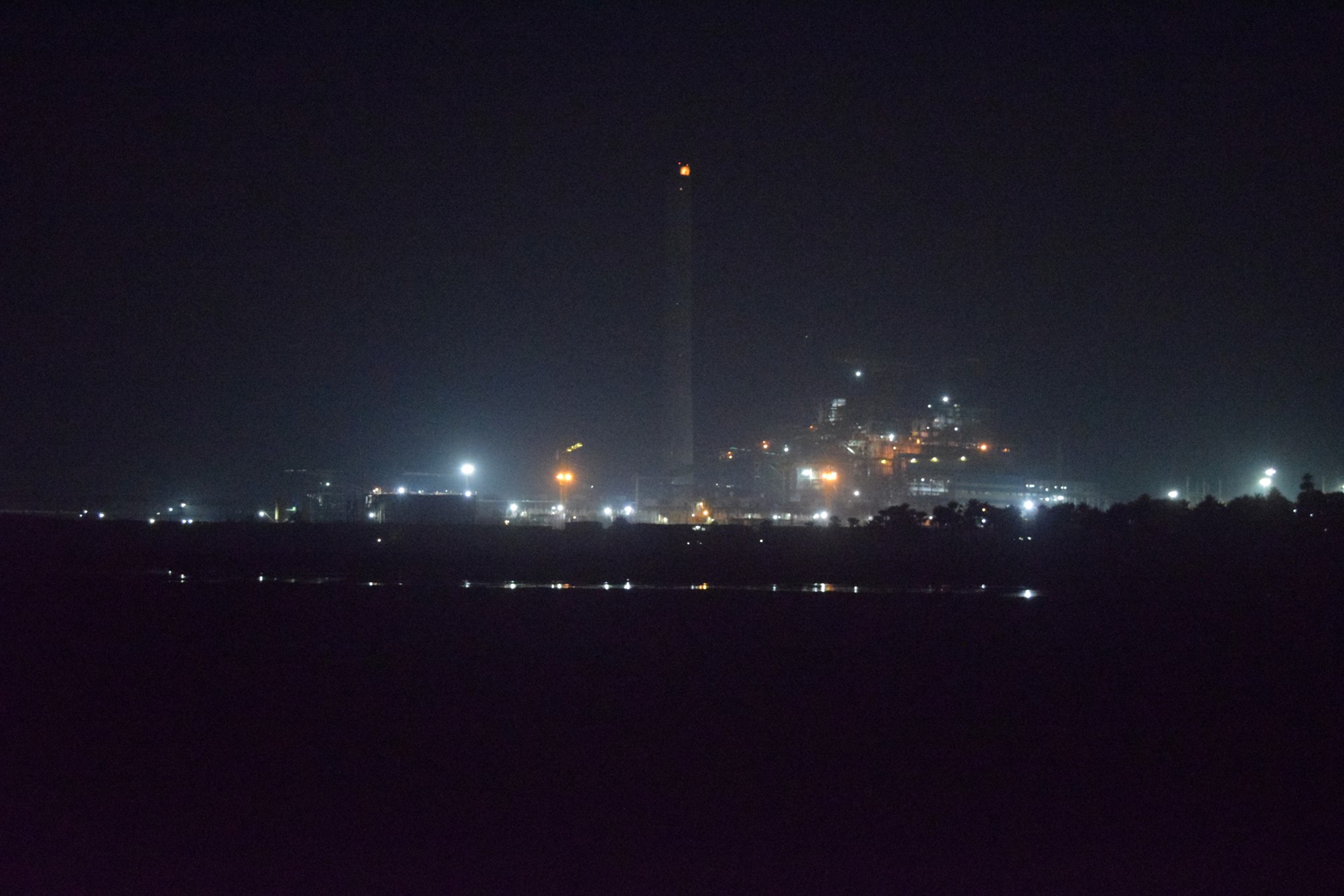 A technical worker who is employed at the plant, speaking on condition of anonymity, predicted an even lengthier timeline. ‘I have worked on power plants elsewhere in the country” he said, adding that 'this is my line of work.’

‘It will take over five years for all the work to be completed and for electricity to be produced. By 2024, the boilers will start functioning in one of the 800 megawatt units, and the chimney will release smoke, but it won’t be ready to supply electricity by then,’ he said.

Despite all its efforts, Adani may therefore have another lengthy delay on the cards before it is able to export electricity from Godda, and thus, before a buyer is ready to receive its Carmichael coal. This may provide a longer window of time than campaigners in India, Australia and Bangladesh had anticipated before the chain from Carmichael to Bangladesh through Godda starts functioning at full capacity.