On 11 February, more than 400 people from the Kattupalli Kuppam fishing village, including women and children, blocked the entrance to the L&T and Adani Ports demanding fulfilment of a 12-year-old agreement to provide 140 permanent jobs to the villagers. The villagers’ protest continued for nearly 12 hours before they agreed to disperse on assurance that a meeting would be held with the employers in the presence of government officials to resolve the matter.

The L&T Shipbuilding and Ports Ltd, demerged in 2018 to include Adani’s Kattupalli Port, was constructed nearly a decade ago amid intense opposition by the small fishing village of Kattupalli Kuppam that was to be evicted to make way for the port. The villagers say they not only lost homes, but also their fishing livelihoods as the beaches they used to launch their boats were taken over for the port.

In 2008, the district administration mediated a settlement between protesting villagers and the port promoters. The arrangement included resettlement and rehabilitation at a new village site, and permanent jobs for 140 people from the date of commissioning of the port. 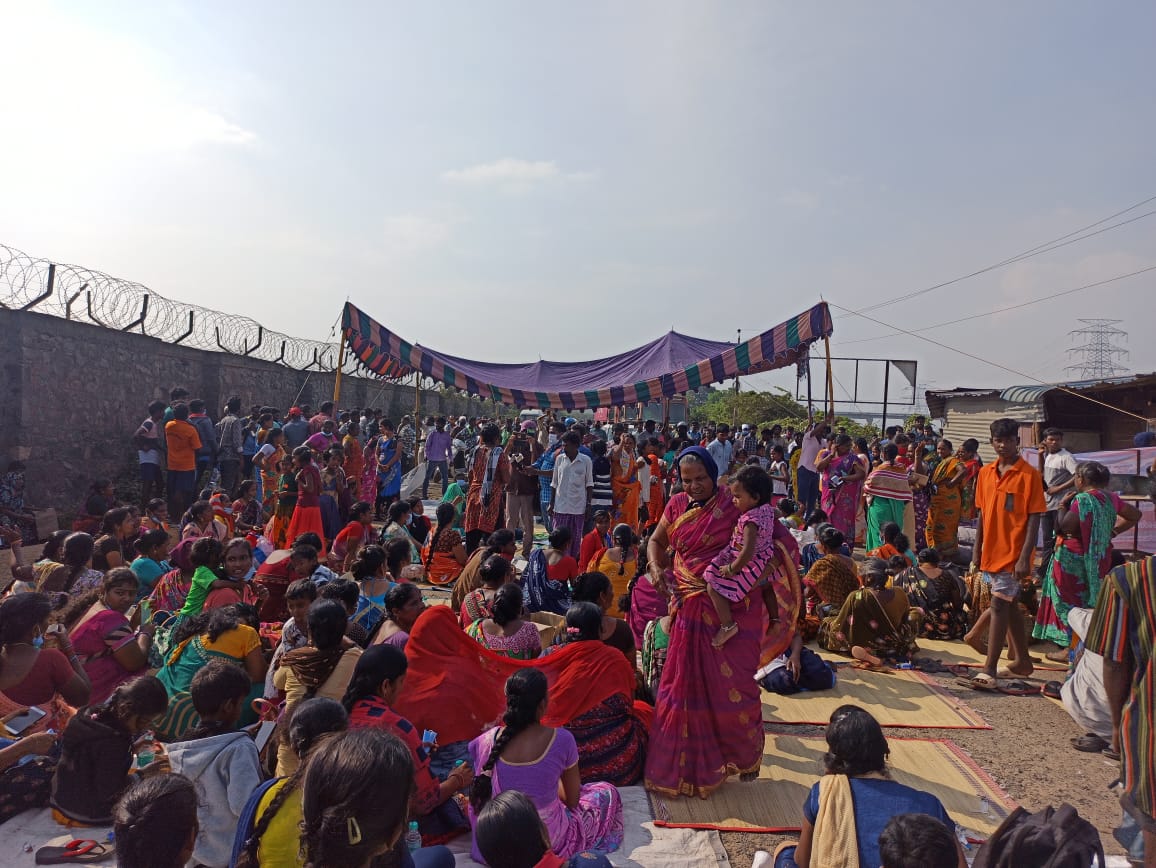 To date, no permanent jobs have been offered, and the 140 people taken onboard have been engaged as casual workers on contract earning about Rs. 15,000 per month (about AU$270).

Out of 140 contract workers from the displaced community, 49 are employed in Adani Kattupalli Port, 60 in L&T Shipbuilding yard, and 30 in L&T owned Modular Fabrication Facility. One person has since died.

Over the last month, Adani’s proposal to expand its 130-ha port into a 2400-ha megaport has run into stiff opposition. The betrayal suffered by local fishers at the hands of L&T and Adani Ports and the failure of the administration to enforce the 2008 agreement have only deepened distrust and opposition to the proposal.