In a huge display of communal defiance, thousands of Goa villagers from Chandor and Dirdolim blocked coal trains from around midnight on 31 October to Monday morning on 2 November by sitting on the tracks. The villagers were protesting against the proposed double-tracking of a railway line to speed the transport of coal from a seaport to steel plants in the neighbouring state. Last weekend’s action marks yet another milestone in the growing opposition by Goa’s residents to attempts by the central and state governments to transform the picturesque coastal state into a coal hub to favour powerful companies such as Adani and Jindal. Jindal currently moves eight million tonnes of coal, while Adani handles about half that every year.

The railway project is part of a grand scheme involving expansion of the Mormugao Port, broadening of highways that connect the port to steel plants in the hinterland, the deepening of six rivers to make them navigable by coal barges, and the double-tracking of a railway line to move coal wagons to the steel belt. Given the conflict-ridden history of coal projects in the state and the Goans’ love for their land and a gentle-paced life, the grand plans are likely to run into state-wide resistance. 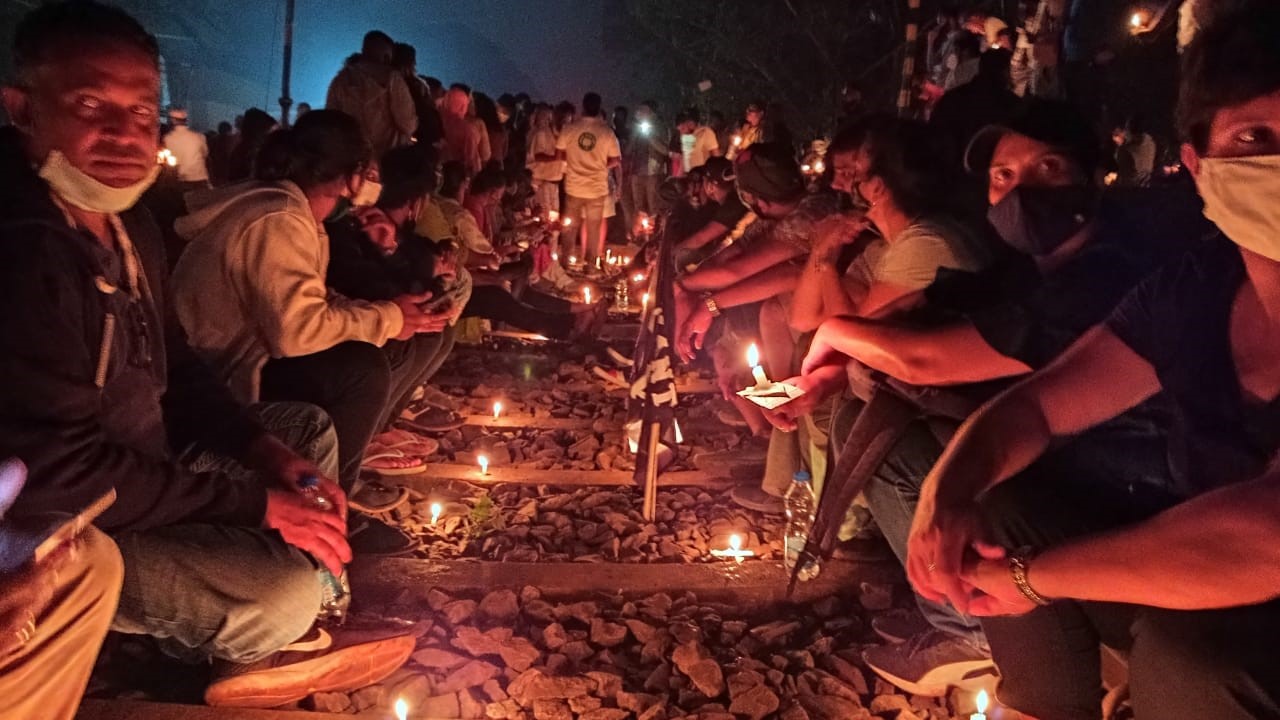 The proposed 352-km railway track that triggered this round of protests will slice through densely populated areas, biodiverse forests including a tiger reserve, and agricultural lands.

‘This is a private project with only three beneficiaries – Adani, Jindal and Vedanta,’ said Deepika D’Souza, one of the volunteers with the multi-organisational campaign Goyant Kollso Naka (No Coal for Goa). 'They have commenced work without approvals, including the mandatory approval from the local body.'

D’Souza who was at the night-long rail blockade describes the protest as festive and energetic.

‘There were kids, adults, youth. People had brought their dogs and drums. It was huge. Some say 10,000 people, some say more. But wherever I could see, there were people – in the church grounds, for a kilometre along the road, and on both sides of the track,’ she said.

The blockade is not the first Goan action against coal. Communities living near the coal port and along the transport routes through which coal moves have already witnessed the havoc that the acidic coal-dust can wreak. In April 2017, when Mormugao Port held a mandatory environmental public hearing to expand coal handling from seven million tonnes to 24 million tonnes per annum, thousands of people gathered to voice their anger. The public hearings ran for an unprecedented eight days ending at midnight every night.

The government appears to have anticipated the unpopularity of the project. Rather than attempt acquisition of land under Right to Fair Compensation and Transparency in Land Acquisition, Rehabilitation and Resettlement Act, 2013, the government has chosen to invoke the draconian and antiquated Railways Act, 1889, to bypass public consultation and to short-circuit any opposition. The former and more recent act requires social-impact assessments and elaborate public consultation, which the government fears would render the project unviable.

Goa, which is well known for its idyllic sandy beaches on the shores of the Arabian sea, is bound to its east by the densely wooded and biodiverse ranges called the Western Ghats. For coal to reach the steel factories from the coal port, it would have to traverse the Ghats.  This would entail takeover of 113.86 hectares of forest land and the felling of 18,451 trees. It would disrupt sensitive habitats, including the Bhagwan Mahavir Wildlife Sanctuary and the Dandeli-Anshi Tiger Reserve. The expansion of the highway connecting the port to the steel belt will cost another 12,000 trees. Also on the cards is an electrical transmission corridor along the same alignment. 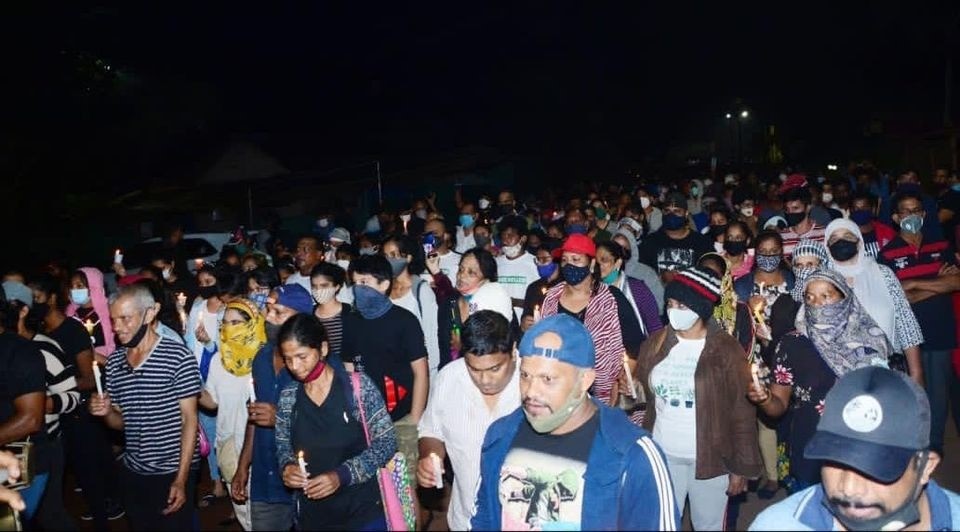 ‘The port’s capacity depends on the connectivity and the ability to evacuate cargo through road or rail,’ explains Abhijit Prabhudesai, founder of an environmental advocacy group called Rainbow Warriors which has spearheaded an information and legal campaign against the proposed coal-hub.

If Mormugao Port has its way, he warns, coal-handling capacity will increase from 12 to 51 million tonnes per annum by 2025.

‘Goan people won’t allow that. What happened last weekend is just the beginning. If the government does not relent, the agitation is going to grow and take bolder steps,’ he says.