The campaign group Market Forces has published an exposé of Adani’s coal port in north Queensland. The website emphasises the role played by the NQXT port in facilitating the development of Adani’s infamous Carmichael mine and associated impacts on the Earth’s climate, the area’s indigenous peoples, and the Great Barrier Reef. Adani Ports have also been removed from the UN's 'Race to Zero' campaign.

Adani’s North Queensland Export Terminal (NQXT) at Abbot Point used to be called Adani Abbot Point Terminal. In 2020, with Adani’s reputation on the slide, the name was changed with words such as ‘Adani’ and ‘coal’ completely dropped. A similar exercise was carried out for the Carmichael mine, with its corporate owner changing the name from Adani Mining to Bravus Mining and Resources. 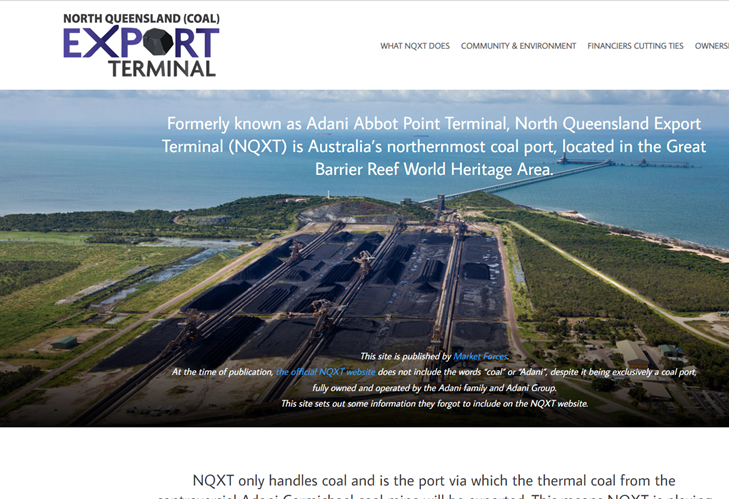 According to Market Forces, NQXT, in Queensland, Australia, is a deep-water coal terminal situated amongst ecologically significant wetlands and sacred sites of the Juru Traditional Owners.  The port and its operations impinge on the Great Barrier Reef, a World Heritage property. It is Australia’s northern-most coal port, with a capacity of 50 million tonnes per annum (mtpa).

And in a blow to the Adani Group's attempts to greenwash its reputation, it has been removed from the UN's list of participating companies in its 'Race to Zero' campaign.

Many Traditional Owners fear that the Carmichael coal project will put nearby sacred springs at risk. Export of Carmichael coal from NQXT will increase industrialisation in the already distressed Great Barrier Reef. Most significantly, the emissions to be generated by the mine’s coal have been estimated at 4.6 billion tonnes of CO2, equivalent to over eight years of Australia’s annual greenhouse emissions, fuelling more intense impacts of climate change.

NQXT has been fined twice, in 2017 and 2019, for releasing contaminated water into the surrounding ocean and Caley Valley wetlands.

The Queensland Government sold NQXT to the Adani Group in 2011 for A$1.8 billion (in the form of a 99-year lease). This purchase appears to have been entirely funded by debt. NQXT has had some difficulty refinancing this debt as financiers cut ties due to their reluctance to be associated with the Carmichael coal mine. A bond issue planned for early 2020 was cancelled and the company had to repay $270 million for two debt tranches due in 2020 using the Adani Group’s own funds. 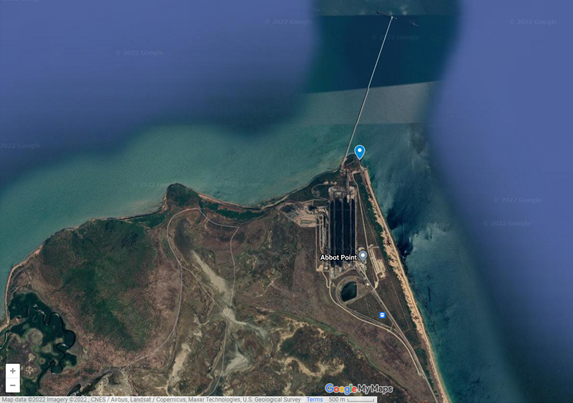