The Adani Group plans to build a large coal-fired power plant in central India. Community opposition to the Pench power project has resulted in vicious bashings of protest leaders. The proposal has also been the subject of procedural irregularities and court challenges. The decision even to pursue a new power scheme in a state where there is a surplus of power-generating capacity appears highly questionable. This story, the fourth in a series, dismembers the state’s rationale for proceeding with this destructive project by analysing forecasts of the state’s demand for power and the costs to the state when power capacity exceeds demand. It's clear that, if the Adani Group's Pench coal-power project proceeds, consumers will have to pay the costs of power they do not need and will not use.

More than ten years ago, the Adani Group acquired the rights to build a 1320-MW coal-fired power station in the central Indian state of Madhya Pradesh. (See interactive map for precise location) However, the Pench project has been stalled for a decade, having faced resistance from the local community, with petitions pending before India’s special court for environmental law and the Supreme Court. Protest leaders have been viciously bashed, as described by AdaniWatch in part 1 of this series.

Yet statistics show that Madhya Pradesh does not even need this new coal-fired power station. Worse still, its commissioning could end up costing consumers hundreds of millions of dollars as the state continues to pay for power capacity it does not need and will not use. 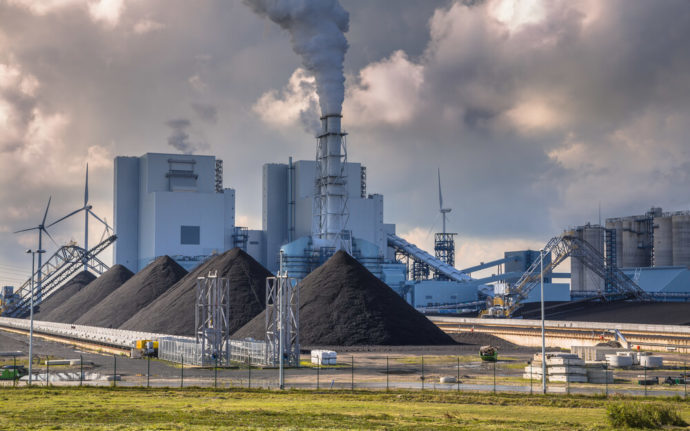 According to the government’s own data, Madhya Pradesh is an energy-surplus state. It already has the capacity to generate 10,000 MW more than it uses at its peak (an excess capacity of well over 50%). The state is projected to pay ₹5.8 billion (around US $80 million) to private power companies in 2020-21 without buying a single unit of power. Why then did the state sign another contract to buy electricity from a power plant proposed by the Adani Group?

Does Madhya Pradesh even need a new coal-fired power station?

Part 3 of the series on Adani’s Pench power project described the tendering process in which the Adani Group submitted its bid to provide 1320 MW of power to the state of Madhya Pradesh. Criteria formulated by the state for bidders closely matched the characteristics of the languishing Pench project. Common-sense suggestions from other bidders to alter the criteria in order to increase competition and reduce the tariff were rejected by the government power corporation. It was no surprise when Adani’s Pench company was declared the winner.

This entire process was perplexing for industry watchers. To start with, Madhya Pradesh (MP) is an electricity-surplus state. The Central Electricity Authority (CEA) in its yearly report states that MP has installed capacity to produce 24,473.85 MW. The highest consumption ever recorded in the state was slightly less than 14,500 MW; average daily consumption is about 9000 MW. Data from the national power portal (NPP) show that the state’s coal-fired power plants are operating at around 63% capacity.

The 2020 Energy Policy Review of the International Energy Agency says that ‘some 40 GW of coal-fired power generating capacity (with 15 GW under construction) is considered a stressed asset due to a combination of factors, involving surplus capacity…’ The same report shows that coal-fired power plants are operating at around 62% of their production capacity. According to a government report, one coal-fired plant, the state-owned Shree Singaji Thermal Power Station, was operating at only 39% capacity. And this is not ageing infrastructure. Of that plant’s four generation units, two are around six years old, and the others are less than two years.

The one and only state-owned coal-fired plant that had 90% PLF last year was the small Amarkantak stage III with 210 MW. The unit recorded 91.7% PLF.

The state’s power authority (MPPGCL), in its latest report on 31 May 2020, said that ‘the units are running as per system demand.’ In other words, the plants are operating well below capacity due to low demand from consumers and industry. Against this background, the decision of the state to invite a tender for a coal-fired power plant and then awarding the contract at breakneck speed raise more questions than can be answered. 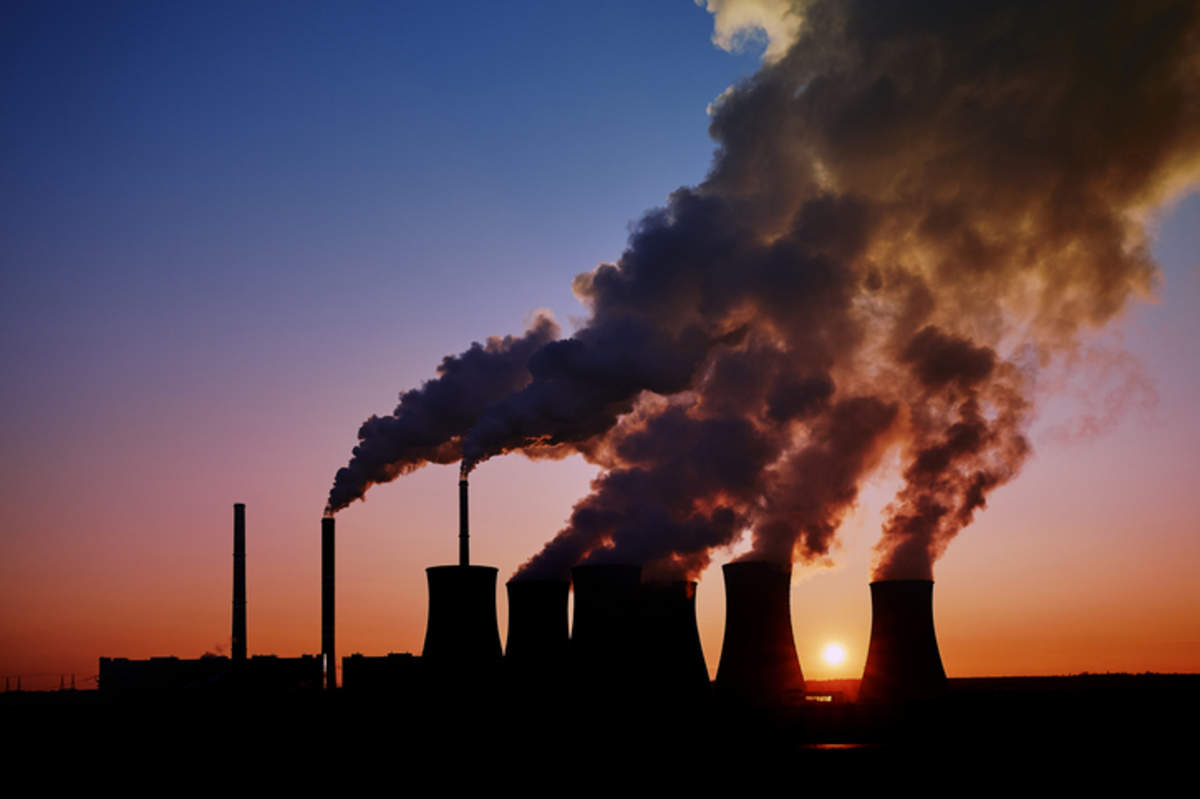 Is the proposed tariff at Adani’s Pench plant reasonable?

An earlier AdaniWatch story described how Adani won the bidding process in 2020 with a tariff of 4.79 rupees per unit, consisting of a fixed charge of 2.898 Rs per unit (covering the cost of establishment of the power station) and a fuel charge of 1.892 Rs per unit.

The state’s power corporation reported to the regulator that the international accounting firm Pricewaterhouse Coopers (PwC) had evaluated these tariffs by comparing them with those of other power plants. PwC found that plants at Ghatampur (Rs.2.85/ unit) and Nabi Nagar (Rs. 2.90/unit) had similar ‘fixed’ components in their power tariffs as that quoted by Adani Power (Rs 2.898/unit).

There is a problem with this analysis. The power plants quoted were constructed using Indian-made components such as boilers, turbines and generators, whereas Adani Power imports cheaper Chinese equipment.

A Business Standard article published in September 2017, citing a comparative study on prices, shows that using Chinese components costs only Rs.1.6 crore (US $220,000) per MW while using Indian products will cost Rs.2.6 crore (US $358,000) per MW. (India banned import of power equipment from China on 3 July 2020, but PwC did this comparison five months earlier)

It is possible to compare the Pench tariffs with those of another private power supplier in Madhya Pradesh. Documentation produced by the regulator says that the charge paid by the state’s energy corporation to Reliance UMPP (Ultra Mega Power Project), Sasan, is Rs 1.41 per unit, 70.57% lower than  Adani’s tariff of Rs 4.79.

Even Adani Power quoted lower tariffs for a tender in the neighbouring state of Chhattisgarh. In December 2019, Power Finance Corporation Consulting Ltd invited tenders from thermal power producers in the country to supply 2500 MW from existing thermal power plants for various states under a central scheme. Adani Power quoted Rs.3.26/unit for 700 MW from its Raigarh and Raipur plants and won the bid. Interestingly, eight other players matched Adani’s price!

All of these tariffs are significantly lower than Adani’s winning bid of 4.79 Rs per unit for its Pench power station. This outcome, again, raises questions about the manner in which the 2019 Madhya Pradesh tender process was conducted.

When a state installs power-generating capacity that exceeds demand, it still has to pay the fixed-charge component of the tariff, irrespective of the reduced amount of power actually needed. This is referred to as ‘backing down’.

The report said: ‘the state of MP has a total installed capacity of approximately 23,334.40 MW as on 31 March 2019. With a vision of 24x7 electricity supply for all the consumers in the state, and keeping in view the expected increase in demand, the state has planned capacity additions in advance. However, the demand has not kept pace due to various reasons … resulting in a situation where most of the states (particularly in Western Region) including MP are saddled with surplus capacity which is not getting utilised.’

Hence, the discoms said, they had to engage in ‘backing down’ the power plants. In other words, they were paying for power that had not been produced, let alone used. 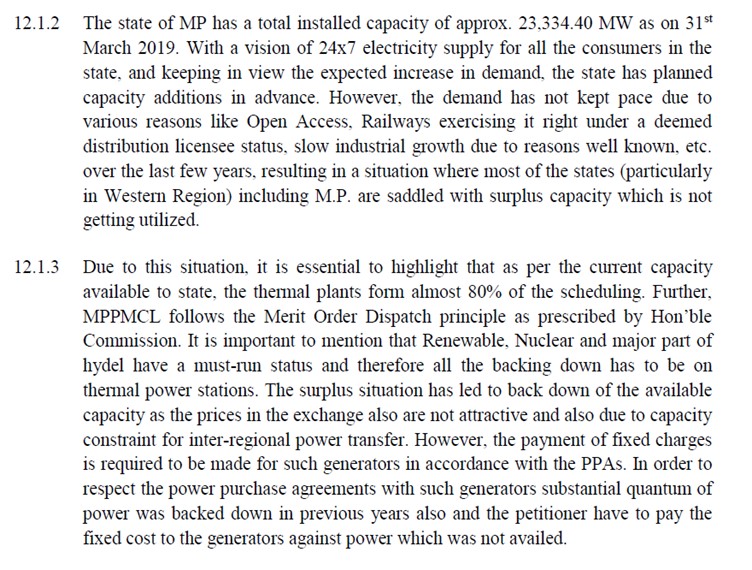 The document further states ‘it is important to mention that renewable, nuclear and major part of hydel have a must-run status and therefore all the backing down has to be on thermal power stations. The surplus situation has led to back down of the available capacity as the prices in the exchange also are not attractive and also due to capacity constraint for inter-regional power transfer. However, the payment of fixed charges is required to be made for such generators in accordance with the power-purchase agreements. In order to respect the power-purchase agreements with such generators, substantial quantum of power was backed down in previous years also and the petitioners have to pay the fixed cost to the generators against power which was not availed.’ (Emphasis added)

According to the data in this document, the discoms and the state power corporation will pay the owners of the coal-fired power plants Rs 0.32844/unit for 17,483 million units of electricity for the year 2020-21, which the plants will not produce and the discoms will never procure. Domain experts say the total amount will be Rs. 574 crore (about US $80 million).

A senior official from one of the discoms, who requested anonymity, told this writer that the discoms and the state power corporation will actually end up paying many times more than the projected numbers in these documents. An article published by Times of India shows that the discoms had to pay around Rs.4000 crore (US $550 million) to the power generation companies in the year 2016-17 for power they had never purchased. For the year 2015-16, it was Rs.2158 crore (US $296 million).

The yearly numbers taken from the state energy corporation’s documents show that the peak demand for the state of Madhya Pradesh is falling further and further behind the contracted power installed.

A study report by a think tank set up by the Modi Government warned of the adverse economic consequences created by this situation. In considering Modi’s plan to establish 175 GW of renewable energy capacity in India, it said that the addition of significant coal-fired capacity, with limited demand growth, will introduce a huge surplus in the state of Madhya Pradesh. Discoms that are already reeling under huge debts will therefore be burdened by the backing-up charges for this additional capacity, according to the report. 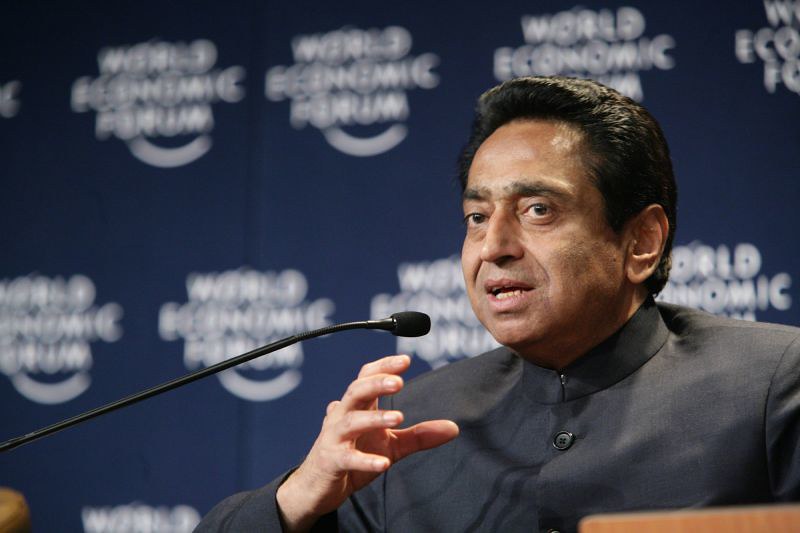 The decision of the Madhya Pradesh government to provide for another major coal-fired plant in the state was highly questionable, given the state’s projected surplus of power-generating capacity. The government then made strenuous and perverse efforts to match the criteria for its tendering process with the circumstances of Adani’s languishing Pench proposal. The highly engineered outcome is a green light for a coal-fired power scheme whose tariff is unnecessarily high and whose power may never be required.

It is a decision that benefits the Adani Group but which will cost Madhya Pradesh consumers dearly should the infamous power plant ever be built. Meanwhile, substantial works have yet to begin on the project, which remains mired in controversy, local opposition and unresolved court cases.