Adani’s heavy-handed development of new solar-power installations has provoked protests by farmers in the Indian state of Rajasthan. Villagers allege that farmland has been forcibly occupied by an Adani Green company preparing to install a large array of solar panels. The encounter highlights the need for better regulation of these developments to ensure that the rights and livelihoods of local people are respected, otherwise the solar-energy industry could be brought into disrepute.

In August 2021, India’s Economic Times reported on a protest by traditional farmers against ‘a private solar power company’ in the north-western Indian state of Rajasthan. AdaniWatch has been informed that the company is a joint venture between Adani Green and JV Rajasthan Solar Park Company Limited, a corporation owned by the Rajasthan state government. The project concerned is the 1500-MW Fatehgarh Ultra Mega Solar Park.

The villagers staged a protest outside a government office on Saturday 17 August, alleging that the company had encroached on ‘khatedari’ land. This is land not formally owned but to which certain farmers have legally-enshrined rights by virtue of long-term use. The report said that protesting farmers alleged that company works had damaged the land with industrial infrastructure, and that company workers had ‘misbehaved’ when women working the land had protested. Local members of the BJP (India’s dominant political party) supported the farmers and wrote to a senior local official demanding action against the company. They claimed that local police were in cahoots with the company and state government in attempting to forcibly possess the land.

The escalating encroachment of large-scale solar installations on land traditionally worked by indigenous farmers has created rural unrest in India, as reported by AdaniWatch in December 2020.

The issue of ‘khatedari land’ is a vexed one in Rajasthan, with government authorities frequently arguing that it is unoccupied ‘wasteland’, a position at odds with that of the people who depend on the land in question. The courts have issued various judgments in particular cases, but, generally, the rights of traditional users have been upheld. 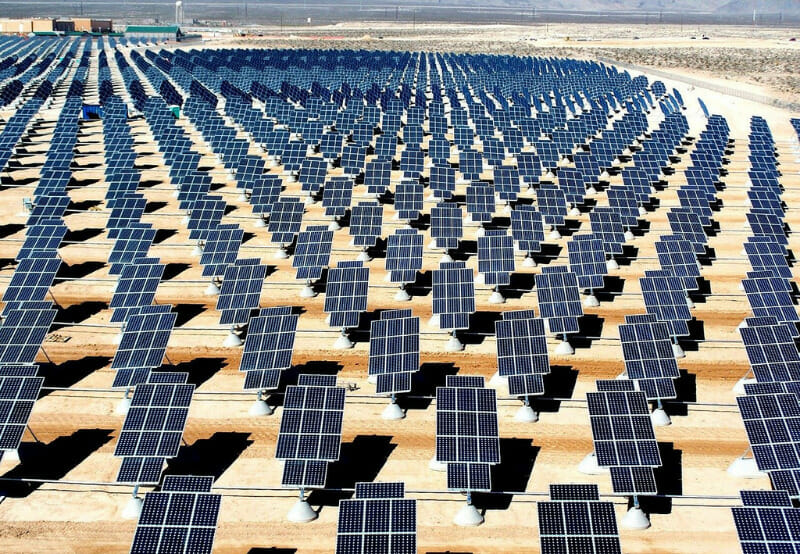 In the part of Rajasthan concerned, almost 1500 families, mostly landless and belonging to marginalised communities, depend on this land for their livelihoods. In the Jaisalmer area, the government has identified around 95,000 hectares of land for large solar projects. There are around 15 cases in various Rajasthan courts filed by communities against such projects that are pending.

Many of these projects threaten oases in arid lands, with potentially devastating impacts on the habitat of the severely endangered Great Indian Bustard.

AdaniWatch will provide more stories on this conflict in coming weeks. In the meantime, an article in ‘Down to Earth’ provides excellent background.