A special correspondent Apr 11, 2022
An Adivasi woman is manhandled by police at a protest against the expansion of a railway intended for the transport of Adani's Carmichael coal.

On 28 March 2022, Adivasi (tribal) protesters were arrested and jailed in the Sundergarh district of the state of Odisha in eastern India for obstructing construction work on a railway line that is intended to carry coal mined by Adani in Australia to an Adani coal power station in India.

Adani intends to export coal from its Carmichael mine in Queensland via its Abbot Point coal terminal to its port at Dhamra in Odisha. From there, Adani intends to transport the coal to its Godda coal-power station in Jharkhand via the railway where the arrests occurred. 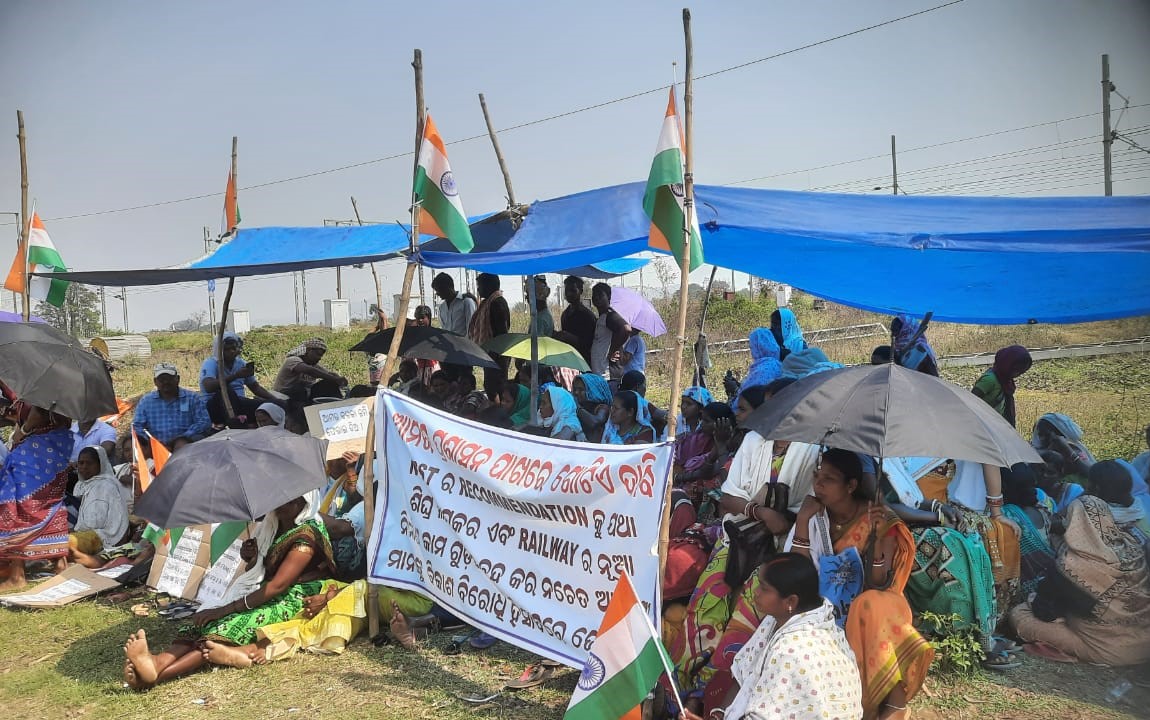 Since mid-2020, a government-owned corporation, South Eastern Railways, has been attempting to complete construction of the railway track (adjacent to an already existing single-track line) in the face of opposition by a community of Adivasi people in Odisha. The Adivasi are demanding recompense for their imminent displacement from their land by the railway.

Among those arrested is Deme Oram, an activist of the protesting Adivasi community who has been instrumental in organising the protests and seeking redress from Indian government authorities. 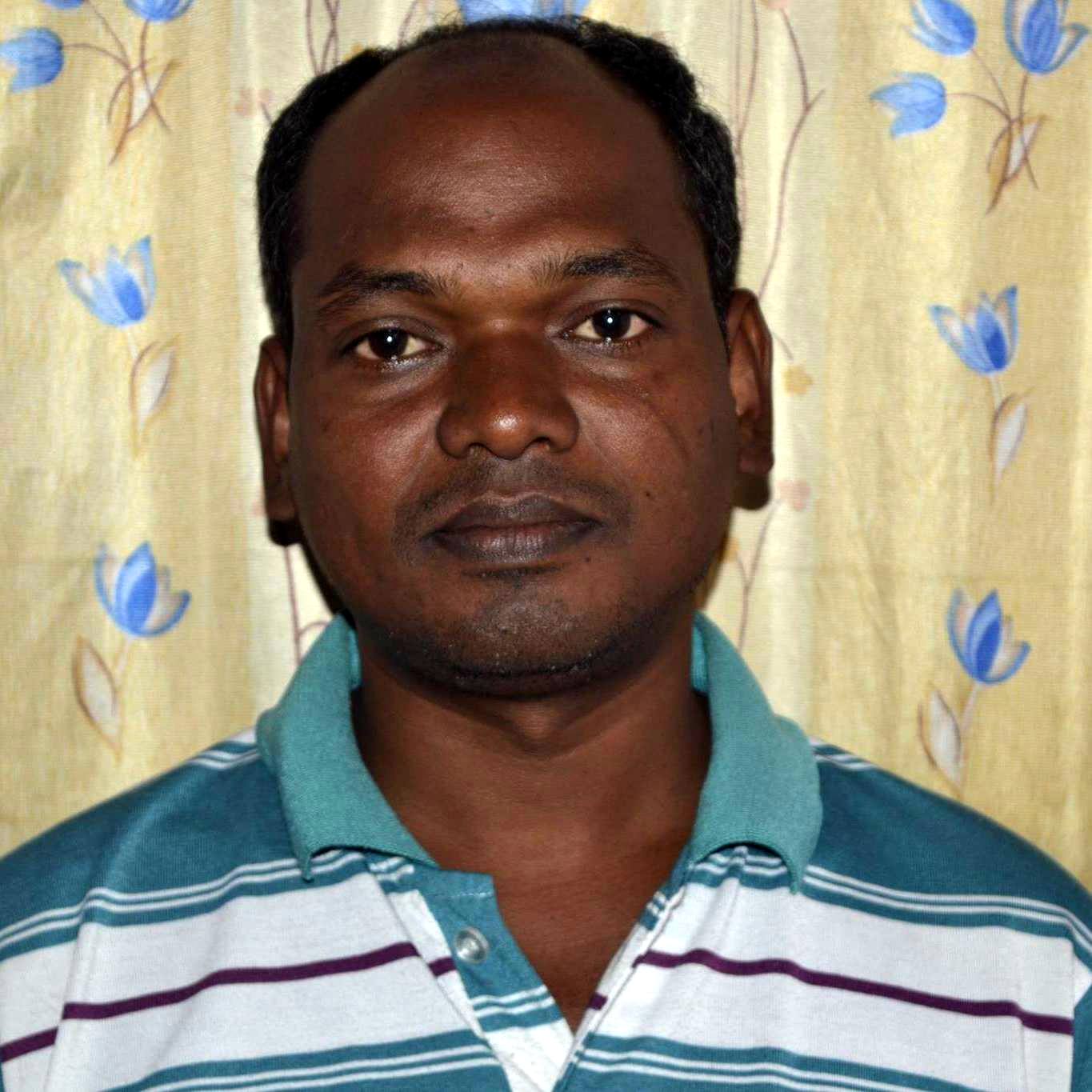 In the course of the confrontation, over 200 people were detained by police. A few hours later most were released but 22 of them, including Oram, were taken into police custody and placed under arrest. It has subsequently emerged that the police have charged the 22 protesters with serious crimes, including attempt to murder, alleging that the group assaulted the railway workers and police personnel. Oram’s advocates say that the charges have been fabricated with the intention of keeping him in police custody long enough to break the back of the Adivasi resistance while the railway is completed.

According to Charan Mahato and Subhajit Banerjee, lawyers based in Rourkela town who are representing Oram and other arrestees, it was in fact the police that assaulted the protestors, and not the other way around. A video taken at the time shows a woman being manhandled by six police officials in riot gear as they try to force her into a vehicle to be detained.

While the police accused the protestors of attacking them with ‘deadly weapons’ such as axes, lathis (batons) and iron rods, Mahato said that this allegation was fabricated and the protesters had no weapons. On the contrary, Mahato alleged that ‘one elderly woman was knocked unconscious due to assault by police officials.’ 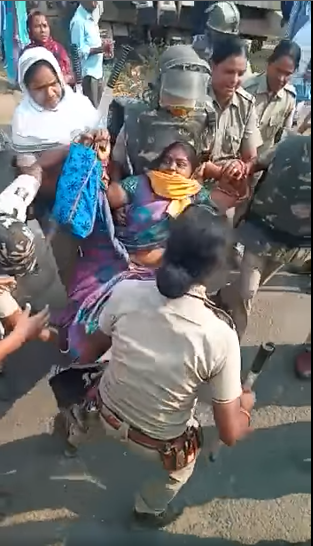 The confrontation of 28 March was only the latest in a string of such incidents involving Adivasi protesters, the railway workers and the police.

A report by Newsclick recounts two confrontations that took place in September 2020. On both occasions, protesting Adivasis confronted railway workers accompanied by police and prevented them from carrying out construction work. The district administration stepped in and defused tensions on those occasions.

According to a report on the arrests by Newsclick, the 22 arrested persons have been charged with serious crimes, including attempt to murder.

This, Oram’s advocates explained, is a fabricated charge and a tactic by the police to ensure that the arrested persons can be kept behind bars for a lengthy period. In the Indian legal system, some criminal charges are defined as ‘bailable’ while others are ‘non-bailable’. People charged with ‘bailable’ offences can be released pending finalisation of the case by paying a sum of money to the court as a ‘surety’. In the case of non-bailable offences, bail is a matter of discretion and can be granted by a court only upon an application being filed and argued, setting out the grounds for bail. The latter can be a lengthy process, as the court must also hear from the police, whose evidence can be time consuming to present. 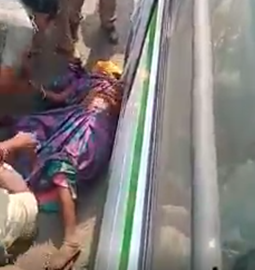 Sonal Tiwary, a lawyer who is assisting Oram’s advocates, told this correspondent that this is what seems to be happening in this case. The charge of attempt to murder, he said, being a non-bailable offense, will allow the bail proceedings to be dragged out. At the time of writing, a bail petition had been submitted to the district court, Tiwary said, and the district court has asked the police to submit the ‘case diary’ (a record of the case maintained at the police station where the case was filed).

‘The police may take a month to produce the case diary,’ Tiwary said. ‘And they (the arrested persons) will have to stay behind bars for all that time.’

At present, the police have been allowed by a magistrate to hold the arrested people for a period of fifteen days (from the day of the arrest), the Newsclick report states.

In the meantime, however, with their leadership in police custody, the displaced Adivasis have not been able to continue their agitation and the railway company has been pushing ahead with its construction. Ramamurthi Sreedhar, a member of the Mineral Inheritors Rights Association, an all-India network of advocacy groups with which Oram is associated, confirmed to this correspondent that construction activities have been proceeding day and night in the week since the arrests.

‘This (breaking up the agitation so that construction could proceed) seems to have been the purpose of the arrests and the excessive charges,’ he said. 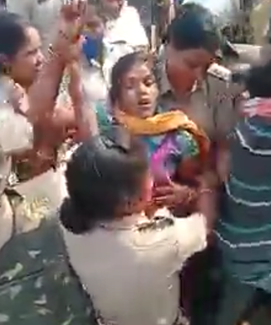 Long-standing claims to the land

The dispute over the land on which the railway track is to be built dates back over 50 years. In the 1950s and 1960s, large tracts of land in the region were acquired by the government to set up what was to become the Rourkela steel plant (a government-owned enterprise), around which the nearby industrial town of Rourkela is centred. The parts of the land that were unused by the steel plant were later transferred to various government agencies including the Railways. However, the government had never actually taken possession of much of this land, so the original inhabitants, the Adivasis, continued to live there and cultivate it.

The Newsclick report says that, according to Oram, the government has not been able to produce any documentation to support its claim that it had indeed acquired the land in question.

Armed with these facts, in August 2017, Oram approached the National Commission of Scheduled Tribes at New Delhi, a constitutional institution in India established to look after the interests of the Adivasis (known as ‘Scheduled Tribes’ in official parlance).

His petition pointed out that a circular by the state government of Odisha had ordered government authorities to distribute five acres of un-irrigated and two acres of irrigated land to all Adivasis displaced by development projects, and that this circular would be applicable to his community. Further, it pointed out, a law (the Right to Fair Compensation and Transparency in Land Acquisition, Rehabilitation and Resettlement Act of 2013) stipulated that acquired land that had not been used for over five years was to be returned to its original owners.

A second issue raised by Oram’s petition related to employment of displaced Adivasis in the Railways. According to his petition, in a January 2006 agreement, representatives of the Railways agreed to ensure that the displaced persons would be given jobs by the Railways.

In 2018, having heard Oram’s petition and the responses of various government authorities, the Commission had ordered that:

The displaced persons are yet to see any action on these orders.

Before the Scheduled Tribes Commission, Once Again

On 5 April 2022, eight representatives of the Adivasi displaced persons met with the Scheduled Tribes Commission once again, at Bhubaneshwar, the capital city of Odisha.

In an account of the proceedings at the commission, Banerjee told this correspondent that the commission verbally agreed to conduct an inquiry into the events of 28 March. Upon being shown video footage of the way police treated Adivasi protesters, the commission representative assured that it would write to the authorities to initiate proceedings against the concerned police officials under the Scheduled Castes and Scheduled Tribes (Prevention of Atrocities) Act. In addition, Mahato said, the commission once again reiterated that its orders must be followed and that the displaced persons’ consent must be obtained before construction could proceed.

The commission, however, has no powers of enforcement and can only issue recommendations and directions. In this case, it appears that the relevant authorities (the district administration, the police and the railways) are ignoring the commission. The railway line that will supply coal to Adani’s Godda power plant appears to be of a higher priority to them than upholding the legislated rights of the indigenous Adivasis.