A special correspondent Jul 22, 2022
Gautam Adani and his wife, Priti, visit the construction site of the Godda coal-power plant in 2021. Since then, the Adani Group's grip on life in the surrounding areas has intensified.

The Adani Group has a growing stranglehold over the city of Godda and its surrounds where the Group is building a huge coal-power station. The power-plant complex has subsumed the local police station and there are fears Adani will soon swallow up previously publicly-owned prime real estate in the city. Adani is also supporting a controversial initiative to foster Hinduism amongst non-Hindu children who belong to Adivasi (or tribal) communities. The Godda power station will burn coal imported by Adani from its Carmichael mine in Australia.

For those who live close to the project site of Adani’s huge coal-power project near the city of Godda, the corporation has assumed an overbearing significance. The power station and its giant corporate backer are having massive impacts in the area, from degradation of domestic water supplies, to fears that public real estate is being taken over, to growing influence over state authorities. 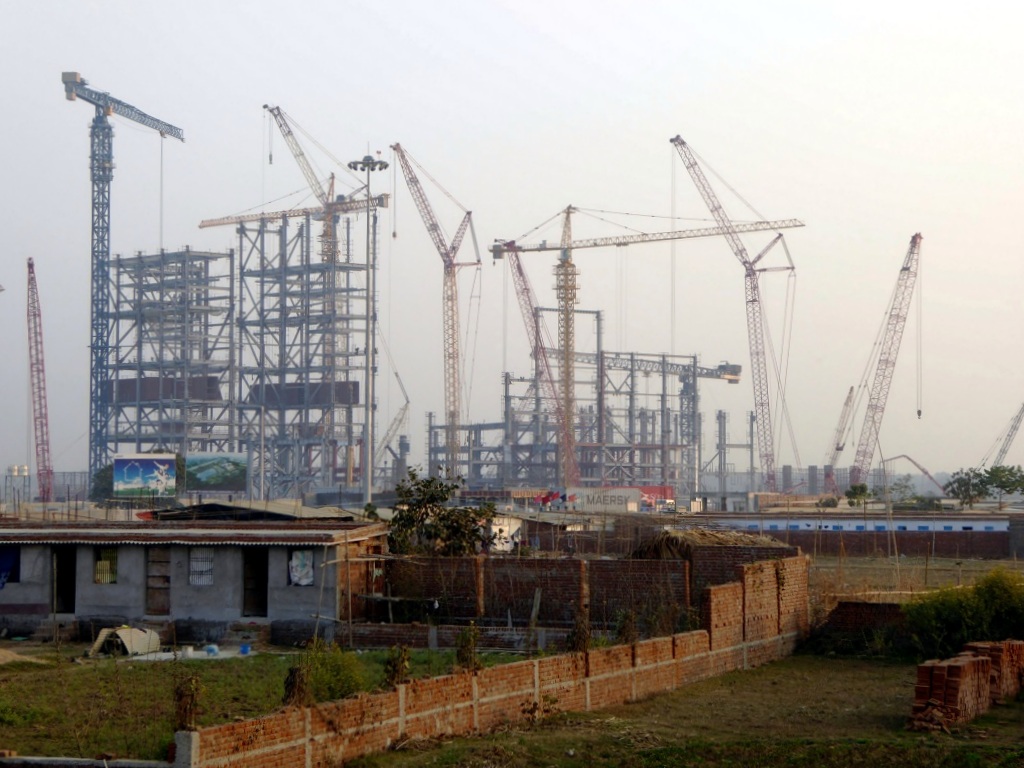 At Motiya village, for example, the nearest police station is actually located inside the gates of Adani’s power-station complex. Local people who have criticised the project’s impacts find this very disconcerting.

A retired schoolteacher, Sahu built has steadfastly refused to hand over his land to it and has filed a lawsuit opposing the process by which land was acquired for the project. Yet if he requires the help of the local police, for whatever reason, he has to enter the power-plant complex. 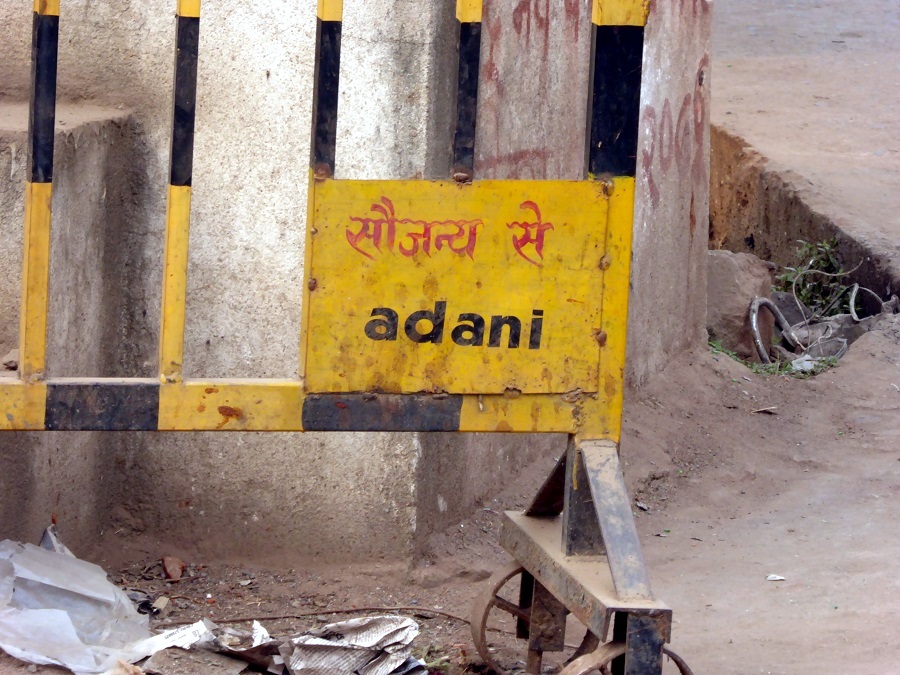 For others, the impacts of the power plant are even more visceral.

Anil Hembram, who lives in Gangta village on the other side of the project from Motiya, points out the effects it has had on a part of the local environment that is essential if life is to continue there. 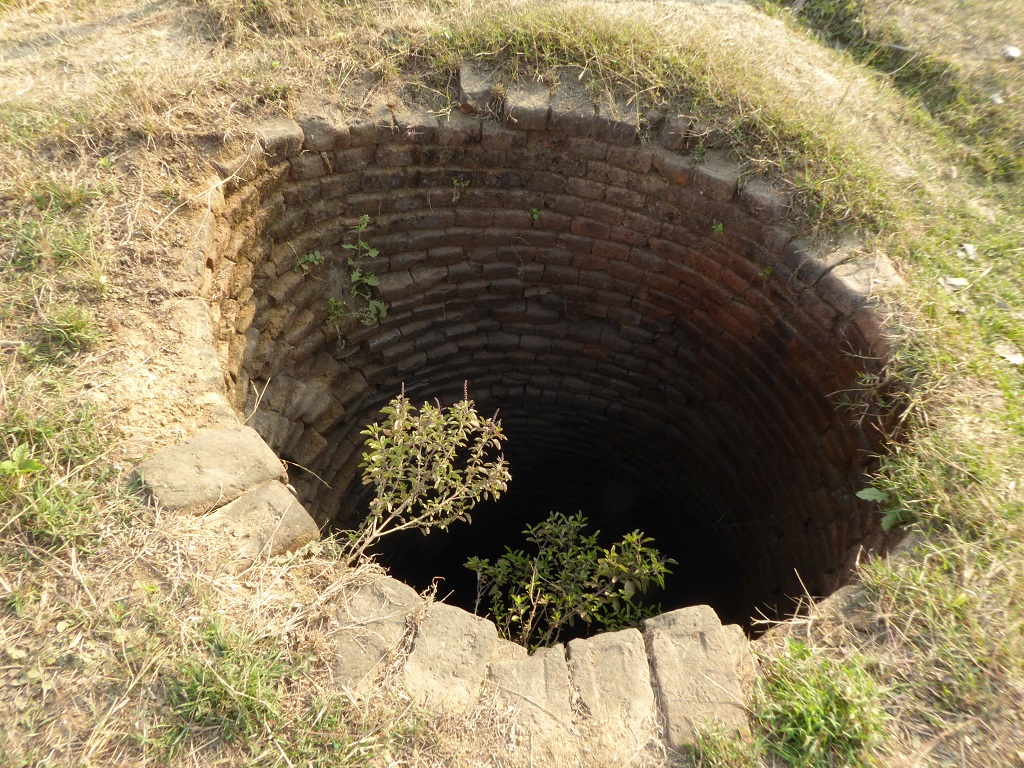 ‘Since the plant started construction, the water table has gone down,’ he says, while showing me one of the wells on his land. ‘We have had to dig deeper to strike water, and the water table will keep getting depressed further as the plant continues to guzzle groundwater.’

When AdaniWatch visited this village in February 2020, villagers showed us rusty-looking residue in the water, apparently the result of having to source water from deeper levels.

In January 2021, group chairman, Gautam Adani, visited Godda. Since then the corporation’s grip over the city has increased, says local lawyer Inam Ahmed. He has represented some of the people who have opposed the acquisition of their land for the project.

‘No one in the city dares to say anything about the corporation or the project,’ said Ahmed. ‘The local media are silent about the protests, the cases, about those who are still opposing the project. They get no coverage. The only type of negative coverage of the project site we ever see here is when workers at the project site protest for wages. 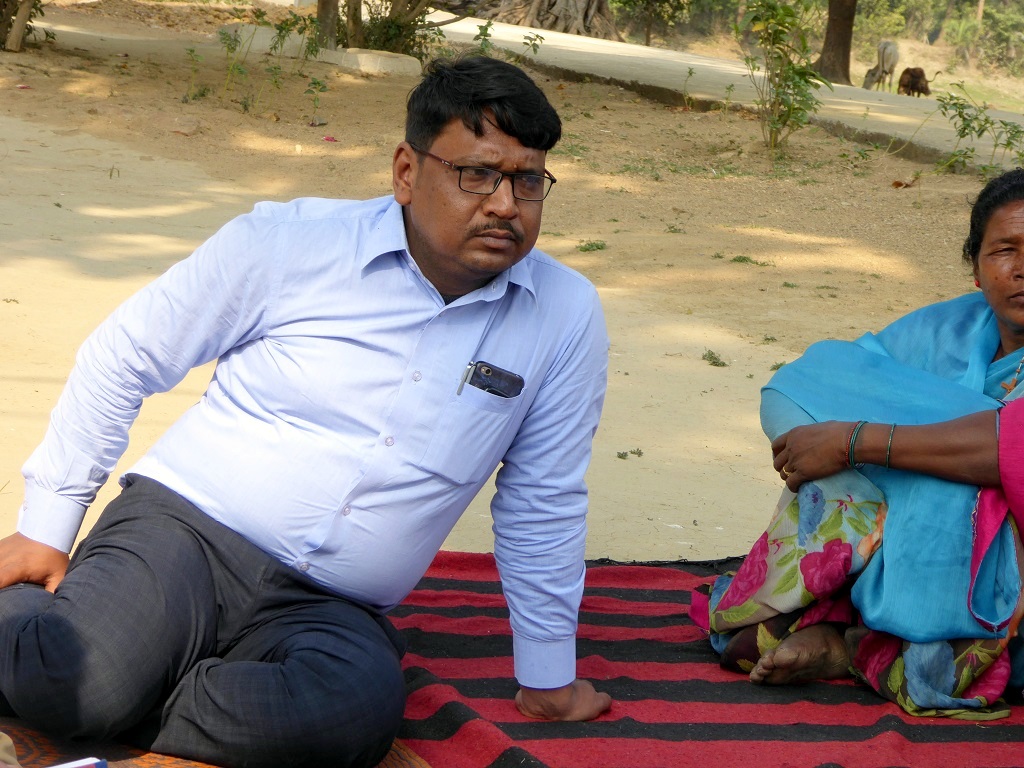 ‘The Adani Group has a tight grip over most sections of people in the city – be it the small contractors who work for the project, the hospitality industry that caters to all the visitors to the city, government officials, lawyers, police, media, you name it. Each benefits in some way by supporting the corporation and the project.’

On 6 July 2022, the chief minister of Jharkhand, Hemant Soren, inaugurated a new building for the Godda district collectorate, which is the seat of the state administration in the district. The new building is located five kilometres to the south of the city, outside its central area. Another government facility that is moving out of its old building in the centre and out to a new one is the Godda district court. It is moving to a location 10 km east of Godda’s centre.

Both these government facilities currently occupy central locations in the city. Their shifting to remote locations has prompted fears that Adani will acquire this prime real estate with the connivance of the government.

The shifting of the court complex has led to protests by the Godda lawyers’ association, and a letter to the Chief Minister urges that the decision be reconsidered.

‘It is only because lawyers’ interests are being affected by the shift that the lawyers’ association has protested,’ says Ahmed. ‘Lawyers are afraid of going to a remote location for court. What if something happens? The area where the court is being shifted to is considered dangerous.’

When AdaniWatch visited Godda in 2020, it was noticed that barricades donated to the local police force by the Adani Group bore the company’s name. In the time since, the Group’s penetration of the local community has become far more pervasive. 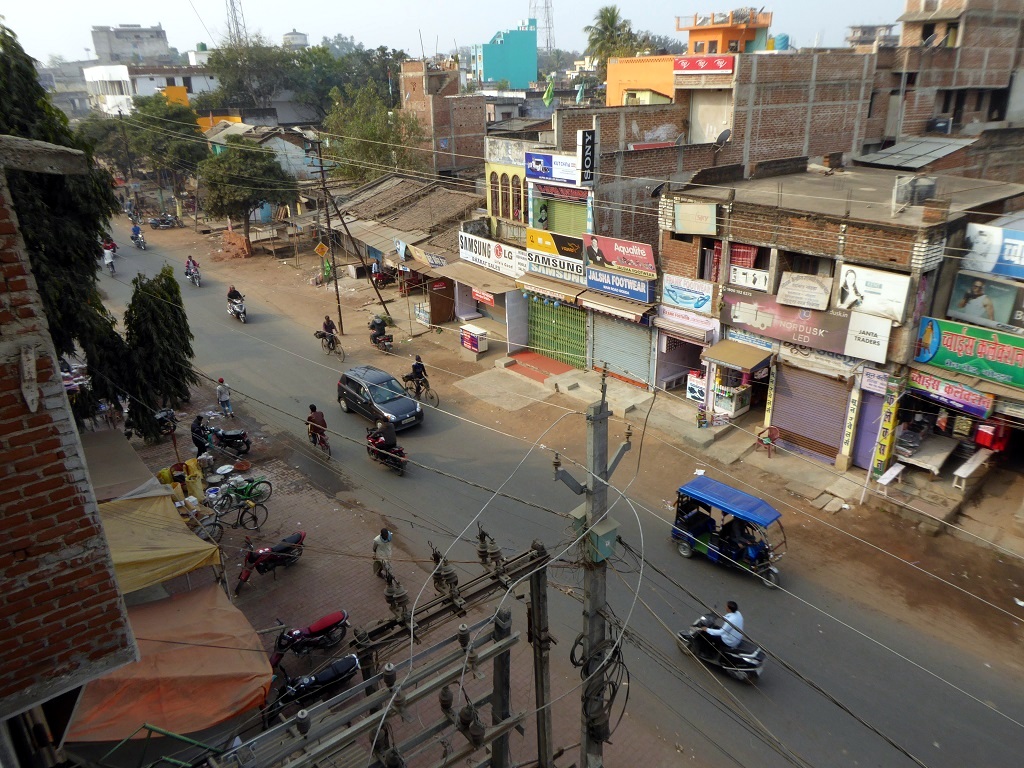 In April 2022, the Adani Foundation (headed by Gautam Adani’s wife, Priti) signed a Memorandum of Understanding with the Jharkhand government to support the establishment of a women’s Industrial Training Institute in Godda. Earlier, in January 2022, the Adani Foundation received a government award for e-governance along with the Godda district administration for an online learning platform for school-children launched during the Covid-19 pandemic. The platform was part of a wider project for children’s education that the Adani Foundation has launched in Godda named Gyanodaya (which translates to Enlightenment). 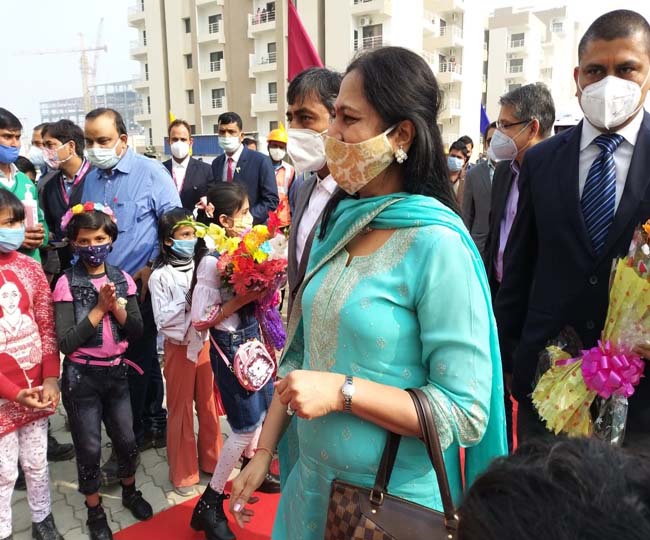 A more controversial intervention that forms a part of the Gyanodaya project is the Adani Foundation’s support for a program for the education of tribal children. The program is named Ekal Vidyalaya (‘Single School’ or single-teacher school). A handout by the Adani Foundation says that it has supported Ekal Vidyalayas in 120 schools in far-flung tribal villages in the Godda district.

These schools are alleged to be an initiative of an infamous right-wing Hindu-nationalist organisation, the Rashtriya Swayamsevak Sangh (RSS). The man who murdered Mahatma Gandhi in 1948 was a member of the group.

The education program being supported by the Adani Foundation has been described as a vehicle to spread the RSS’s Hindutva (Hindu-ness) ideology. India’s ruling BJP, of which Prime Minister Narendra Modi (to whom Gautam Adani is reported to be close) is a member, is typically described as the political arm of the RSS, which has been described as inspired by and comparable to a fascist organisation. 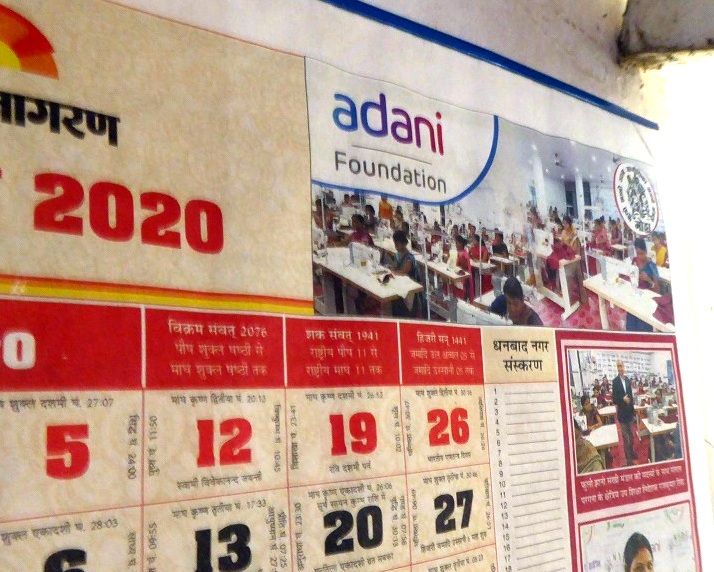 The Caravan report has described Ekal Vidyalayas as ‘informal one-teacher schools where primary-school children are provided free coaching in the regular school syllabus and additionally given lessons in moral values, Hindu traditions, history of Hindu kings, yoga, the importance of the cow and bhajans, among other things.’

Notably, Adivasis do not consider themselves Hindus and have been agitating for recognition as a separate religious group by India’s census. They are, however, considered Hindu by the RSS.

The Adani Group’s support for foisting Hinduism on non-Hindu Adivasis is a theme on which AdaniWatch reported in 2020. In the Hasdeo forest region of the neighbouring state of Chhattisgarh, Adivasi people complained of the foisting of Hindusim on the community through Adani-sponsored events. The Adani Group operates a coal mine there and is attempting to develop several others.

Subhash Hembram, an Adivasi activist from Godda district who has worked closely with people opposing the acquisition of their land for Adani’s power station, reacted strongly when asked about Adani’s support for the Hindutva agenda in Godda. 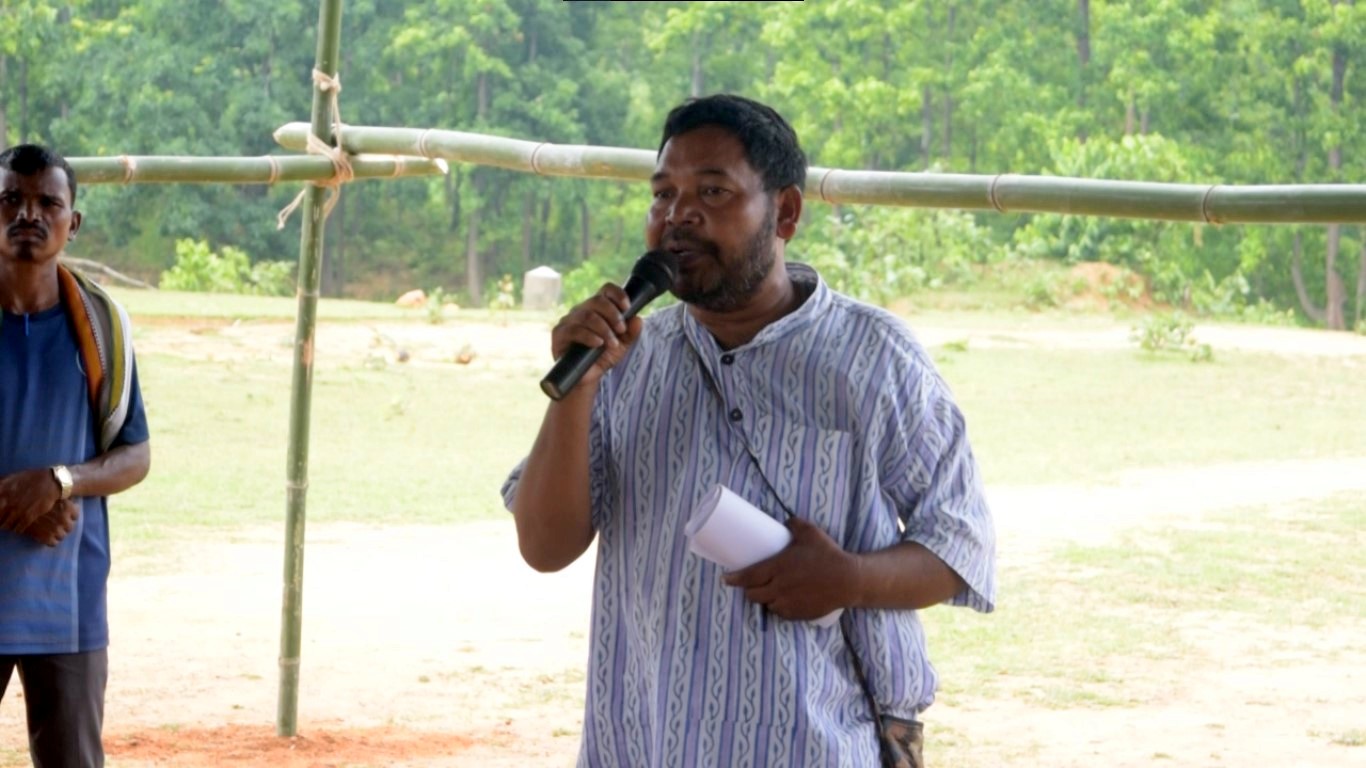 ‘Adivasis are not Hindus,’ he said. ‘We worship nature and our ancestors. We do not worship gods and goddesses.’

‘In addition, we Adivasis have our own traditions of political governance which have been recognised in the 5th Schedule of the Indian Constitution and by the Legislature through the Santhal Parganas Tenancy Act.’

‘We are aware of these efforts to spread the Hindutva ideology in this area and turn Adivasis towards Hinduism,’ Hembram added. ‘Our alliance of activists is working towards proper implementation of the constitutional and legislative provisions for Adivasi self-rule.

‘Once we are able to put in place our Adivasi forms of governance, then we will respond to these efforts to foist Hinduism upon us, be it by the Adani Group or by RSS or anyone else.’