A recent protest against alleged encroachment on pasture by an Adani solar-power project in the western Indian state of Rajasthan was the latest in a series of conflicts spurred by an aggressive plan for huge arrays of solar panels in this arid zone. The sprawling industrial installations threaten ancestral grazing lands, oases and some of the last habitat of the Great Indian Bustard. Such conflicts could be avoided with proper regulation and community consultation.

On 17 August 2021, local residents staged a protest outside a government office at Karada in the Jaisalmer district of Western Rajasthan against alleged encroachment of farmland by a solar power company, reported by AdaniWatch to be a company in the Adani Group. The protesters, supported by leaders of the BJP (India’s ruling party but the opposition in the state of Rajasthan), alleged that the company had fenced over ‘khatedari’ lands that they have the rights to farm.

This was the latest in a string of protests in the desert region of India that straddles the western districts of the states of Rajasthan and Gujarat. The area has been identified as a renewable-energy hotspot in recent years. The government in partnership with renewable energy companies – the largest of which is Adani Green Energy Limited – plans to develop several major solar-power plants in the region to meet its ambitious renewable-energy targets. (India aims to install 450 gigawatts of renewable energy generation capacity by 2030). However, concerns over destruction of livelihoods of residents and danger to wildlife and habitats have fuelled increasing conflict. In this article, AdaniWatch surveys the landscape. 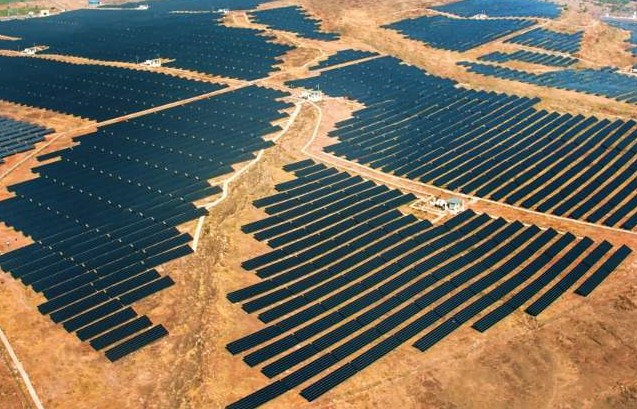 In January 2018, the Adani Group signed a joint-venture agreement with the government of Rajasthan to set up a 10,000-megawatt solar installation in the state, the largest such planned facility in India.

The solar project would attract investments of up to Rs 60,000 crore (over US$ 7 billion), said an official release. As well as power-generation projects it would include a ‘massive manufacturing unit for solar modules, parts and equipment.’ The government of Rajasthan was to provide land and facilitate transmission lines for the project.

According to the website  of the joint venture, Adani Renewable Energy Park Rajasthan Limited (AREPRL), the 1500-MW first phase of the project is underway at Fatehgarh in the district of Jaisalmer. The company has also acquired a 500-MW project at Bhadla in the neighbouring district of Jodhpur from another renewables company, SB Energy.

However, the project has led to a range of protests by local residents due to concerns about livelihoods and the environment. Verdicts by India’s Supreme Court and Rajasthan’s High Court have also imposed significant conditions on the project

The courts in India have had to examine various issues relating to Adani’s Fatehgarh solar project. In the first set of cases, local residents and khatedar tenants alleged that irregularities had occurred in the allotment of land to the company, and that their rights and entitlements had been violated.

The court held that ‘no proper survey was conducted and even the entries in the [land] revenue record were not appropriately considered so as to ascertain as to whether the land sought to be allotted, is actually available for allotment or not’ prior to allotting the land to the company.

In addition, the court found that in an earlier allotment for the same project, the lands of khatedar tenants had been excluded, but the same yardstick had not been applied subsequently. The court found that ‘strangely enough, while allotting the land...the State Authorities even did not ensure the exclusion of the lands of public utilities, the approach road, the land falling within the flow of the river and the land required to be left open so as to protect the rights of the inhabitants and the khatedar tenants to beneficial use of their own land as also the public utilities.’

The court also ordered the state government to review the remaining allotment to ensure that the rights of khatedar tenants and local residents were protected.

The second clutch of cases concern protection of the Great Indian Bustard (Ardeotis nigriceps), a critically endangered bird that inhabits the desert region earmarked for solar-power development. The GIB is a species close to extinction. Only around 150 remain – all of them in India and Pakistan – and it is the subject of a conservation program by the Indian government. The GIB Arc is an area of critical habitat that stretches from the Desert National Park at the India-Pakistan Border to the Jaisalmer district.

In April 2021, India’s Supreme Court issued a ruling on a Public Interest Litigation (PIL) seeking to protect the GIB from death by electrocution resulting from collisions with high-tension power-transmission cables. Such deaths are a significant threat to birds – a government study found that five birds per kilometre of power line die every month in the desert region – and for a critically endangered species like the GIB, every human-induced death pushes it dangerously closer to extinction.

The Supreme Court, taking into account the government study, ruled that in notified parts of the GIB’s habitat, all future power-transmission cables, including those that would serve the Adani solar installation, are to be laid underground. While this ruling did not explicitly cancel the project, it has led to increased costs. 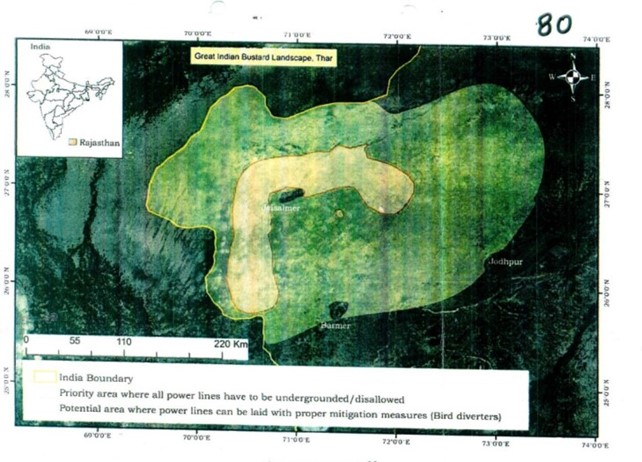 An additional case that is pending may raise further issues. In 2019, of its own volition, the Rajasthan High Court took up a PIL that alleged that AREPRL had been allotted land that comes within the GIB arc. The High Court’s June 2021 order records that this PIL is ongoing, and if the court concludes that the allegations are true, it may lead to further cancellation of land allotments.

AdaniWatch has reviewed executive summaries of ESIA (Environmental and Social Impact Analysis) studies for two of the Adani projects within the Fatehgarh solar project – one a 600-MW hybrid (wind and solar) project and the other a 700-MW hybrid project. 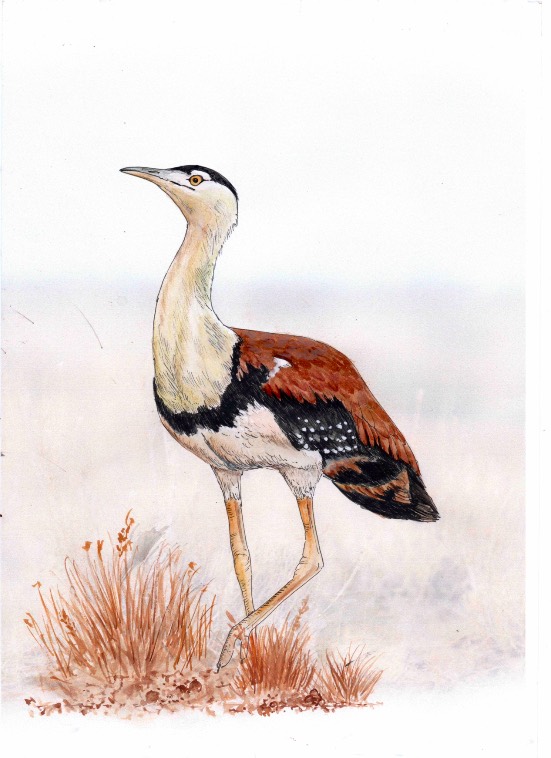 Meanwhile, an ESIA study for SB Energy’s 450-MW hybrid project in Bhadla (acquired by Adani in May 2021) states that a portion of this land is a part of the desert national park that is home to the endangered black buck.

Locals residents and activists have raised these issues relating to their livelihoods and the impacts on the environment and wildlife, including the GIB, through periodic protests and approaches to the judicial system. While campaigners have urged the Adani Group, a large producer of coal-fired thermal power, to pivot to renewable energy, these issues call for sensitive regulation and supervision. 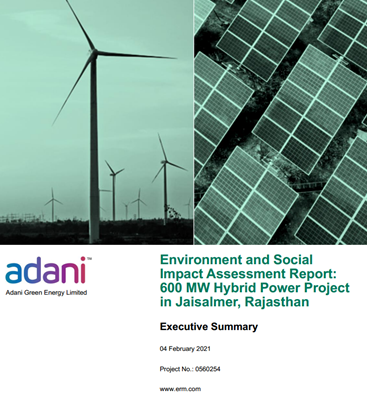