Ayaskant Das Nov 22, 2022
Gujarat authorities turned a blind eye to the Adani Group's breaches of environmental rules for its coal-power stations in Mundra.

The ruling right-wing BJP government in India’s western state of Gujarat, which is also the home state of its Prime Minister Narendra Modi, has allegedly turned a blind eye to environmental violations by the Adani Group’s colossal coal-power stations in the town of Mundra. This is the finding of a probe conducted by the country’s premier government auditing agency that was tabled in the state’s legislative assembly on 22 September 2022.

The report further states that, during the period of Modi’s term as chief minister of Gujarat, up to 14 coal-power units, including those belonging to the Adani Group, were approved in Mundra despite a warning that they would cause unprecedented pollution in the region. 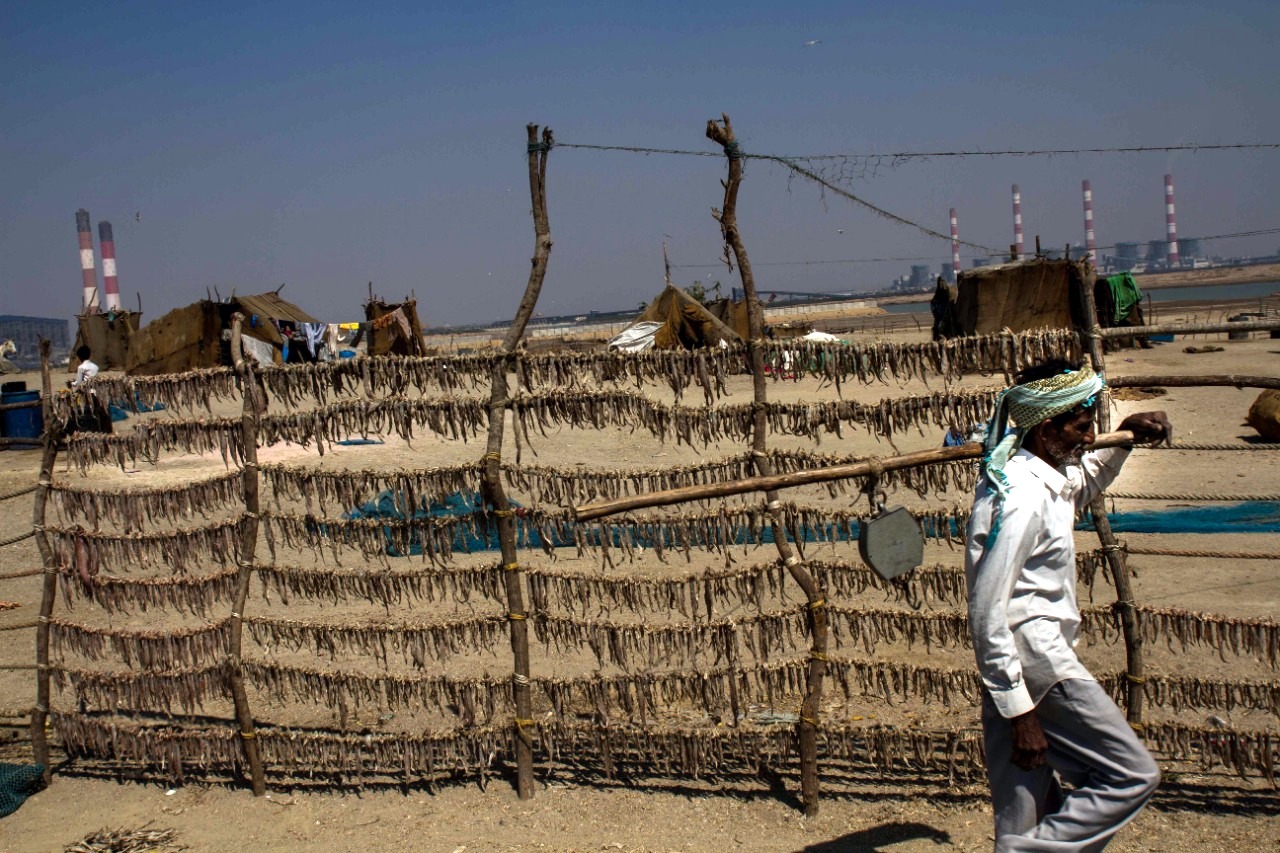 Tabling of the report came a few weeks ahead of the announcement of elections for the state’s legislative assembly, which will be conducted in two phases in early December 2022. It was prepared by the Comptroller and Auditor General (CAG) of India. It says the Adani Group illegally used low-lying areas to dump 1.542 million metric tons (MT) of fly ash, a toxic byproduct from burning coal, generated by its 4620 MW coal-power station at Mundra.

Representatives of the fishing and farming communities in the area say that their industries have suffered as a result of this pollution, with loss of marine biodiversity, increased salinity of inland waters and deposits of fly ash on crops.

According to Usmangani Sherasiya, the Gujarat-based secretary of National Fishworkers’ Forum, the pollution ‘has resulted in depletion of fish populations near the coast’. 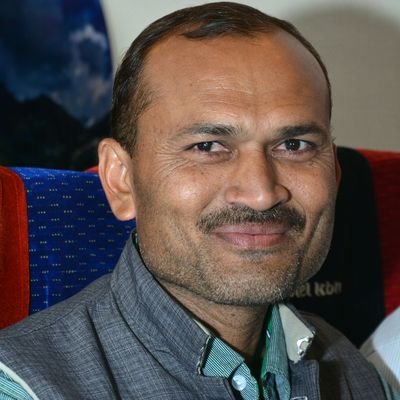 Naran Gadhavi, a local farmer, said ‘Mundra used to be famous for its date palms. There was heavy production of date palms that financially empowered many farming families.’

‘But over the past few decades, salinity has spread deeper into the mainland, obliterating hordes of date-palm groves. Many families that were once dependent on date palms for their livelihoods have left the area in search of employment. No one has any idea where these families have gone. The output of other crops has declined owing to deposition of fly ash on our farms.’

Given its toxicity, the Indian government has applied guidelines to ensure 100% disposal or utilisation of fly ash. However, most coal-power plants in the country have been lax when it comes to implementing these guidelines.

The CAG report says: ‘Filling low-lying areas with fly ash requires prior approval of GPCB [Gujarat Pollution Control Board]. The Adani Power (Mundra) Limited (APL) utilized 15.42 lakh MT fly ash for filling low-lying areas between 2014-15 and 2018-19 without the approval of GPCB and reported 100% utilisation … GPCB did not take any action against APL for dumping the fly ash in the low-lying areas without its approval and for incorrect reporting of 100% utilization of fly ash’. (See Page 45 of Chapter 7: Air pollution due to thermal power plants). 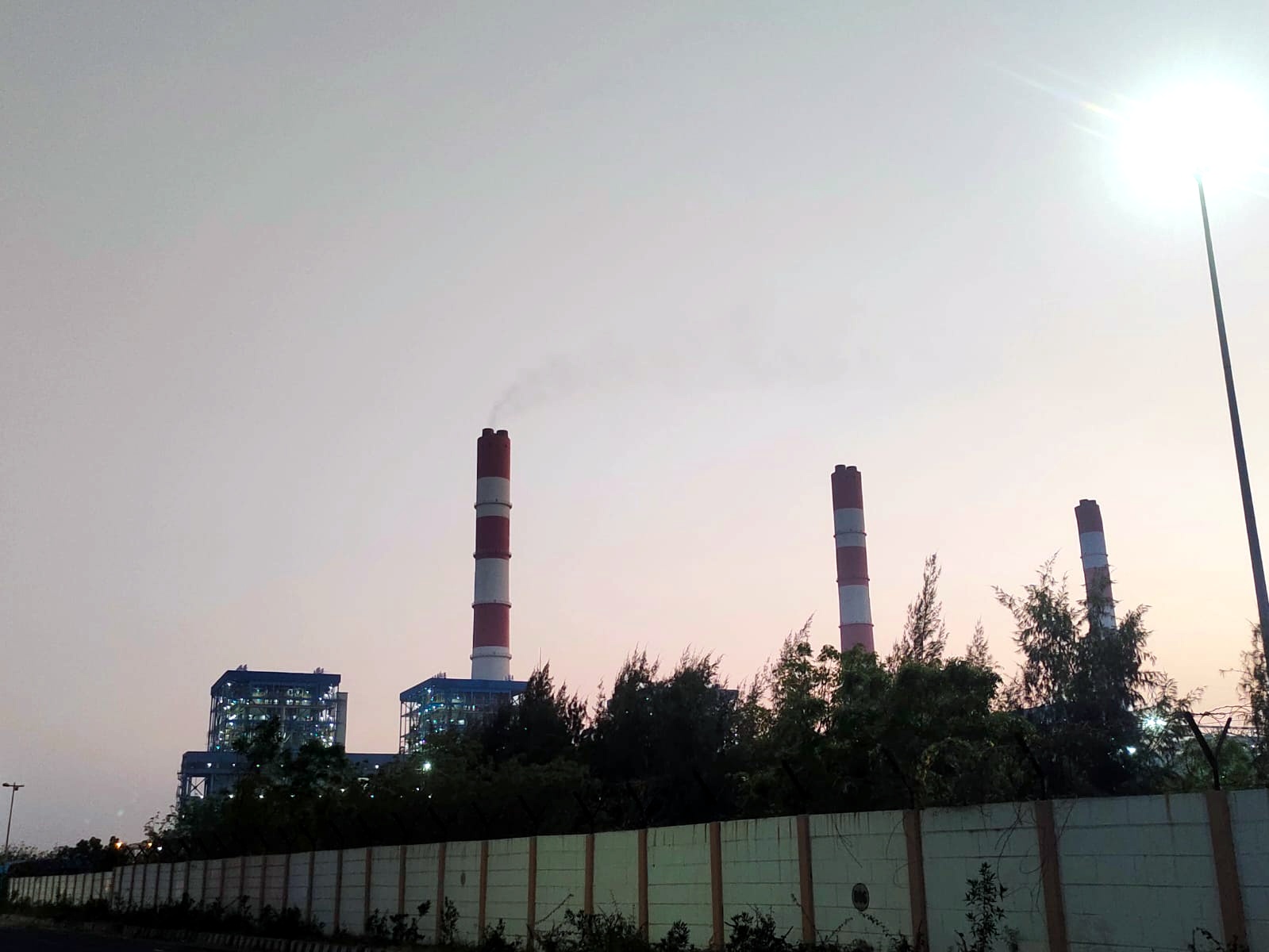 The report further states that up to December 2021 the Adani Group had failed to implement a five-year-old order issued by India’s Ministry of Environment, Forests and Climate Change (‘the Ministry’) to install online systems for monitoring pollution at the Mundra plant and at the locations where it disposes of the fly ash. This order was issued by the Ministry in March 2016 in order to compel monitoring of disposal of pollutants from the Mundra plant.

In February 2014, the Central Pollution Control Board (CPCB), a statutory organization under the Ministry entrusted with powers to curb air pollution, directed 17 companies in 17 categories of polluting industries to install online continuous monitoring systems in order to track emissions on a real-time basis.

A detailed questionnaire was emailed by this correspondent on behalf of AdaniWatch to the Gujarat State Pollution Control Board, asking what actions, if any, have been initiated against the relevant Adani coal-power company for disposing of fly ash in contravention of the rules. The board was also asked whether it has attempted to determine the consequences of improper disposal of the huge quantity of fly ash in low-lying areas. No response had been received to these inquiries at the time that this article was published.

Fly ash is laced with heavy metals. Its potential adverse impacts on the health of people living near coal-power plants are well known. The ash content of coal from coal mines in India is far higher than that of imported coal.

‘Indian coal is of low grade with ash content of the order of 30-60% in comparison to imported coals which have a low ash content of the order of 2-20 %. A large quantity of ash is thus being generated at Coal / Lignite based Thermal Power Stations in the country, which not only requires a large area of precious land for its disposal but is also one of the sources of pollution of both air and water.’ (See Page 11: Fly Ash Generation at Coal/Lignite Based Thermal Power Stations and its Utilization in the Country (For the Year 2021–22))

The audit body’s findings are an eye opener because the Adani conglomerate has been claiming substantial utilisation of the toxic waste generated by its Mundra coal-power plant. In most years, it has claimed to have disposed of all the fly ash, though the method of disposal has not been scrutinised. 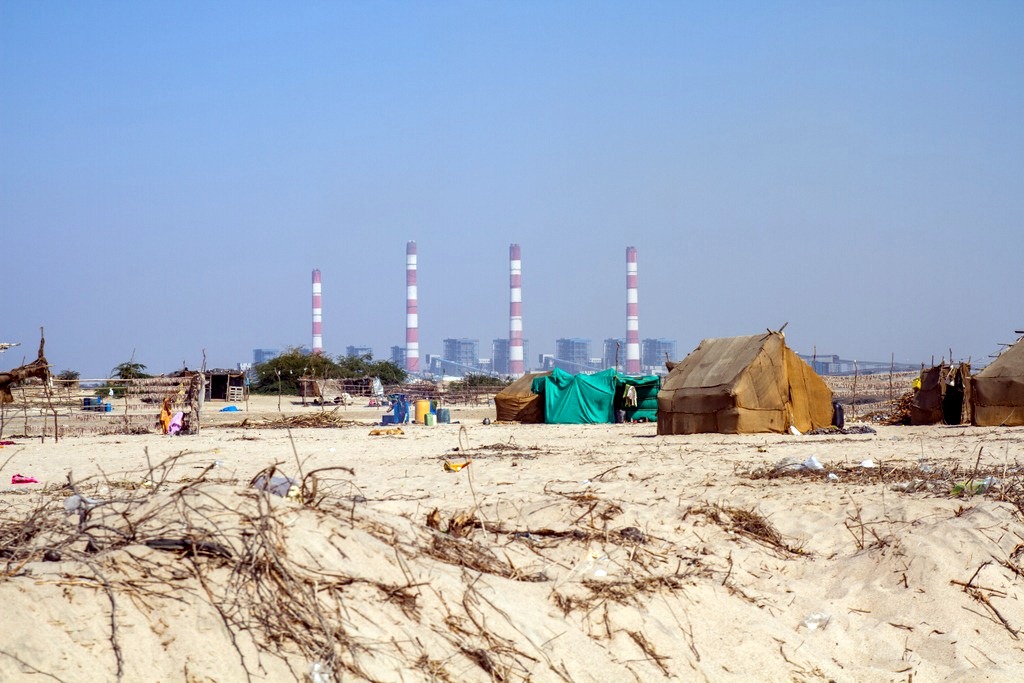 The power plant comprises nine units in all: four units with installed capacity of 330 MW each; the remaining five units of 660 MW each are based on supercritical technology. The website of Adani Power proclaims the Mundra coal-power project to be ‘the fastest project implementation ever by any power developer in the country with a record completion of inception to synchronisation within 36 months’. 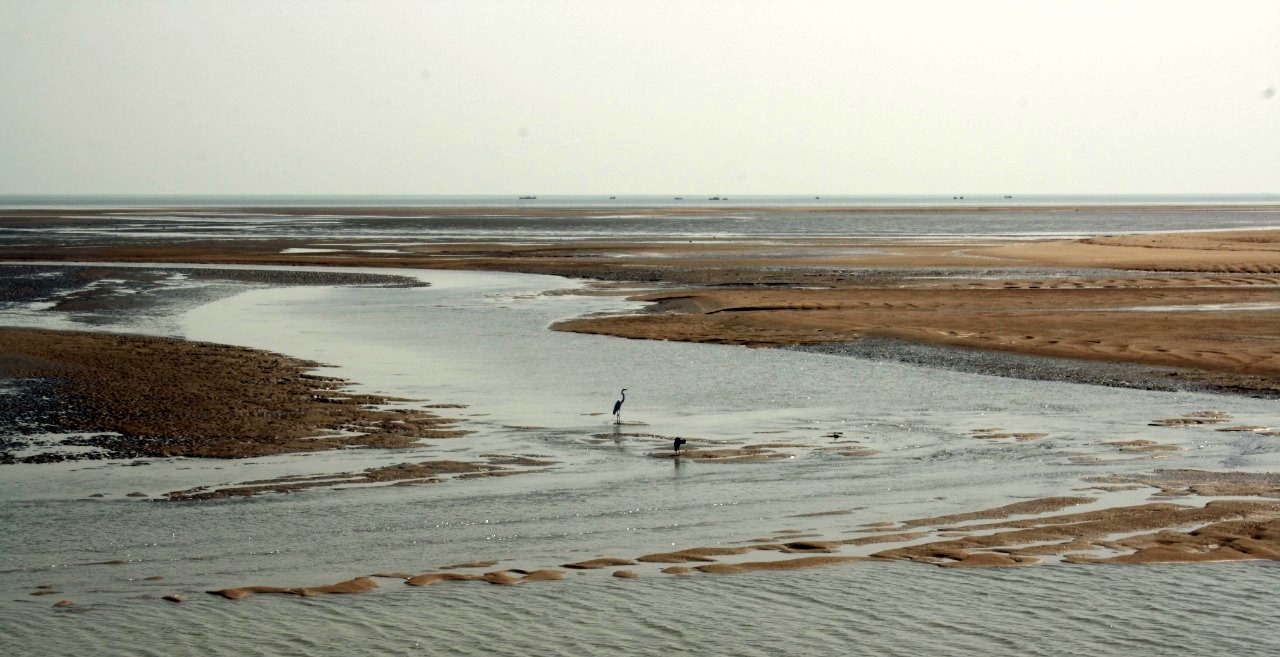 The CAG audit report says that Mundra has up to 14 units of coal-based thermal power plants, including the nine units of Adani Group’s project, with a total installed capacity of 8620 MW. These 14 units comprised up to 37% of Gujarat’s total coal-power capacity as of November 2020. All 14 units were commissioned between August 2009 and March 2013, a period which roughly corresponds to Narendra Modi’s second and third terms in power in Gujarat.

Commissioning of these power plants took place despite a report by a private consultant carrying the warning that the carrying capacity of the environment of Mundra would be exhausted. The report was prepared by the Gujarat Industrial and Technical Consultancy Organization (GITCO), a privately owned company, commissioned by the state pollution control board. This private consultant carried out baseline environment quality studies in May 2009 prior to the commissioning of the 14 power units.

‘The study report of the GITCO had mentioned that with the installation of TPPs [thermal power plants] in Mundra, the carrying capacity of Mundra for SPM [suspended particulate matter], SO2 [Sulphur Dioxide], and NOx [oxides of Nitrogen] would be exhausted and there would be a need to reduce the pollution level,’ the CAG report states. (See box item on ‘Case study of Mundra, Gujarat’, Page 40, Chapter 7: Air pollution due to thermal power plants). 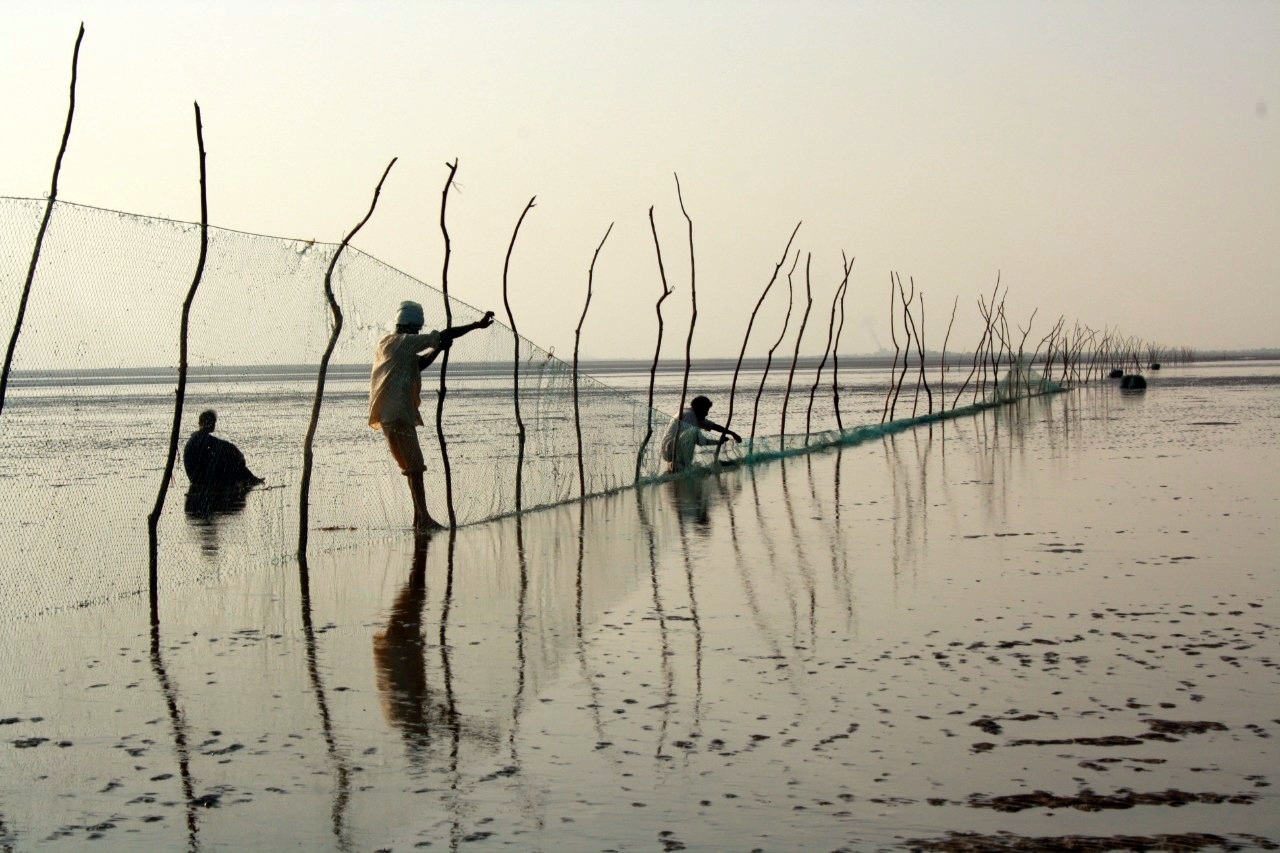 The audit report relied on data compiled by various international organisations in order to highlight the pollution that has prevailed in Mundra’s skies since these coal-power plants were commissioned. The report cites satellite imagery obtained in 2016 by NASA (National Aeronautics and Space Administration) which showed a high concentration of sulphur dioxide in the air over the Mundra region. The CAG has also cited data obtained from February 2018 to May 2019 by the European Space Agency’s TROPOspheric Monitoring Instrument to show that Mundra is the ‘worst hotspot’ for the toxic oxides of nitrogen which contribute hugely to air pollution in the region. (The report did not make clear the geographic context for ‘worst hotspot’.)

‘Thus, with the installation of 8620 MW TPP in Kachchh (sic), air pollution has increased substantially and needs intervention like equipping units with FGD [Flue Gas Desulphurization],’ states the audit report.

FGD is a technology used to lessen or remove toxic sulphur dioxide from exhaust gases released by coal-power plants. The Indian government has put in place guidelines for the installation of FGD devices. However, the original 2017 deadline for installing such equipment has been extended at least three times, much to the detriment of air quality in major Indian population centres.

The latest report of the CEA on the status of FGD implementation in coal-power projects across the country, released in October 2022, says that the Adani Group has installed this equipment in only three of its nine units at Mundra. These three units have 660MW capacity each. Notices inviting tenders for installation of FGD equipment in the remaining six units are yet to be issued by the Adani Group.

Local communities around Mundra, which are generally engaged in fishing and agriculture, observe that the region’s recent industrialisation has impacted livelihoods and the environment. Fishing communities, in particular, allege that disposal of wastewater into the Gulf of Kutch has caused a sharp depletion in fish populations in coastal waters.

‘The coal-power units in the region fetch sea water from the Gulf of Kutch through canals. When water is released back into the Gulf of Kutch, following its use in the power plants, it is always at a temperature higher than that of the sea’ said Usmangani Sherasiya.

‘This has resulted in depletion of fish populations near the coast. We are forced to venture into deep seas to ensure a good catch.’

Construction of canals by the power plants for the intake of sea water has allegedly caused an increase of inland salinity besides reducing fish output. 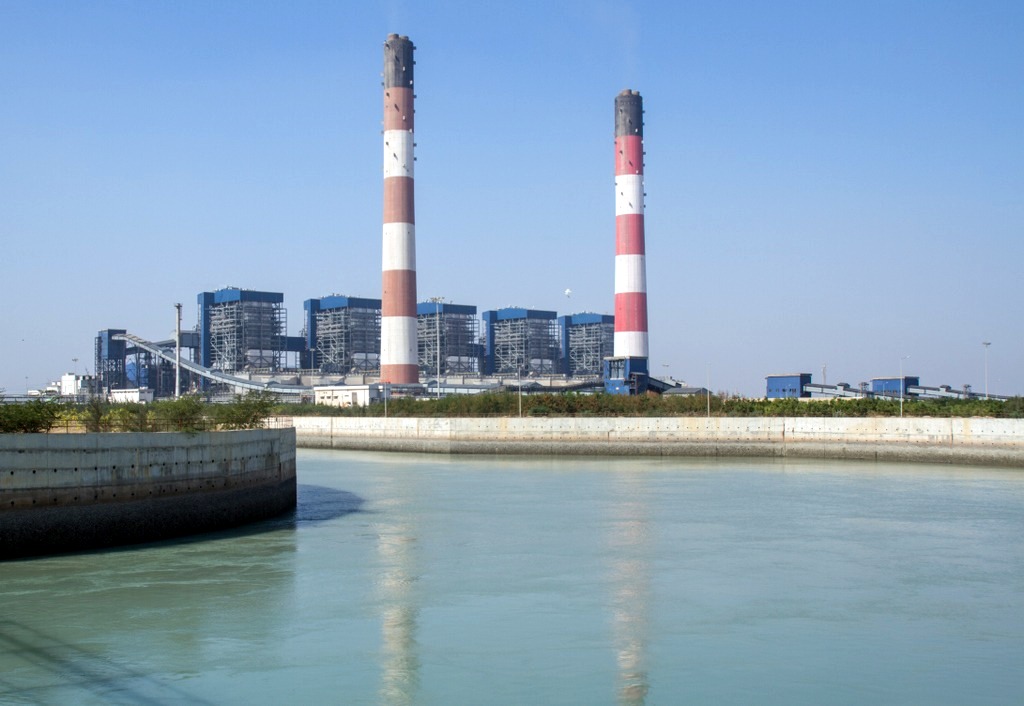 ‘The canals were constructed by demolishing rocky terrain abutting the coast,’ added Sherasiya.

‘Marine biodiversity in the rocky marshes was lost. It resulted in a sharp fall in the population of crustaceans such as lobsters. Many other fish that thrive in rocky marshes have vanished altogether. In addition, intake of sea water into the mainland through canals has increased salinity of the ground. Ponds in nearby villages have turned saline. Fish populations in ponds have declined too. It has been a double whammy for fishing communities,’.

Layers of soil abutting the seawater canals have reportedly cracked due to salinity, thereby causing a decline in agriculture productivity. It is also alleged by local communities that agriculture has suffered directly due to deposition of fly ash over crops. Bajra, cotton, wheat, date palm and castor are important crops in the Mundra region.

Local people also allege that there has been an increase in physical ailments, particularly respiratory and cardio-vascular diseases, in the past few years in the Mundra region. This is possibly linked to heavy concentrations of toxic gases in the atmosphere. (In 2020, AdaniWatch published a story based on studies into the human-health impacts of the pollution caused by heavy industries in the Mundra area.)

The audit report about the BJP government’s disregard for the health and environment of local communities comes ahead of the state’s elections in which the right-wing BJP will be defending its uninterrupted stint of 24 years in power in Gujarat. More than half of its rule was under the leadership of Narendra Modi.

The Comptroller and Auditor General (CAG) of India, which has compiled the audit report, is at present headed by Modi’s close confidante Girish Chandra Murmu, an officer of the 1985 batch of the elite civil services of India known as the Indian Administrative Services. His proximity to Prime Minister Modi while occupying key leadership positions in the executive during the BJP’s rule in India, including the position of the first lieutenant-governor of the newly formed union territory of Jammu and Kashmir, has been fairly well-documented in an earlier article published by AdaniWatch.

Incidentally, Murmu served in key positions in the Gujarat government between 2009 and 2013 when the 14 coal-power units were approved in the Mundra area in gross disregard of environmental concerns. Between April 2008 and May 2014, Murmu variously served as Additional Principal Secretary to Modi as well as to Amit Shah, who headed the home ministry in charge of law and order in Gujarat.