An Indonesian advocacy group has urged the Indonesian Government to close coal-mining operations on a small island just off the north-east coast of of Borneo. The biggest operation on the island is an Adani coal mine. The cumulative impacts of mining are reported to have degraded offshore fisheries, local food production, forests and domestic water supplies.

Speaking to AdaniWatch on 2 June 2021, Abdallah Naem, a researcher for the mining advocacy network (JATAM), said the government should intervene ‘before Bunyu becomes a museum of ghosts.’

He was referring to the risks to the local population from the impacts of water pollution. Naem assessed that Bunyu Island had collapsed ecologically. He called on the government stop the mining and ensure that restoration is carried out.

Bunyu has been increasingly damaged ecologically by mining. The island’s water supplies have been polluted by coal-mining waste. A report by the mining advocacy network (JATAM) report stated that the Regional Drinking Water Company (PDAM) of North Kalimantan was no longer able to guarantee clean water in Bunyu because the level of pollution exceeds the clean-water treatment threshold.

There are three rivers frequently used as sources of fresh water for PDAM on Bunyu – the Ciput, Barat and Lumpur rivers. According to JATAM, PDAM can no longer treat the water from these rivers to a level safe for human consumption. This is due to the proximity of coal mining sites to rivers and the sea. 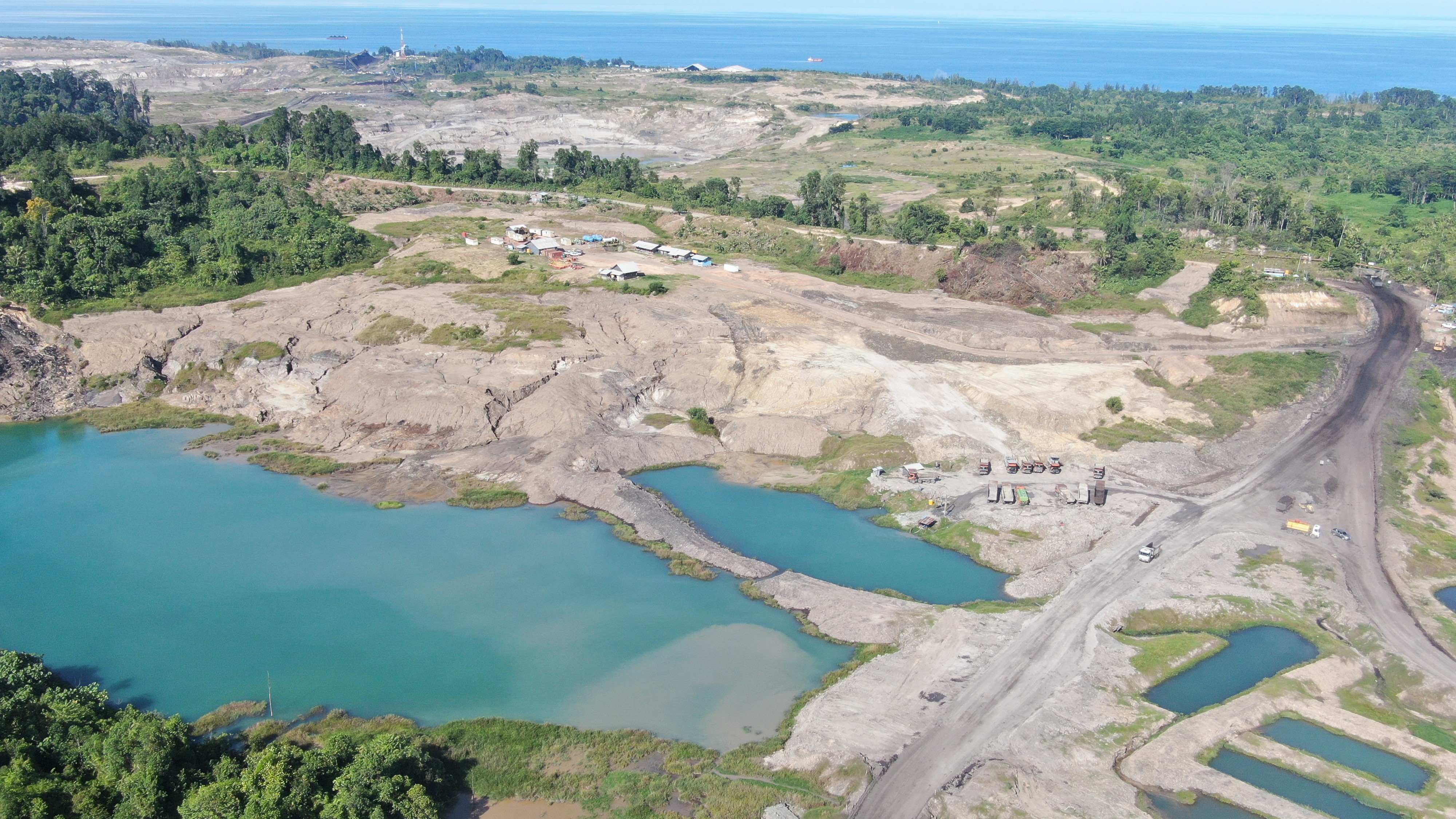 When Naem was researching on Bunyu (October-November 2018), he received reports from the public about contaminated sea water. Naem said that the water contamination was probably caused by the mine’s depth having penetrated below sea level.

‘There is a possibility that the island has ‘leaked’, causing seawater to enter the mine pit. But it needs geological proof,’ explained Naem.

Indonesia’s national Law No 27 of 2007 concerning the management of coastal areas and small islands states that there should be no mining activities on small islands. This is because of the proximity of the sea to areas where the mining might occur and the consequent threat of pollution to the marine environment. However, mining permits are still on sale by the provincial government.

The East Kalimantan activist for JATAM, Pradarma Rupang, speaking to this reporter on 1 June 2021, judged that this situation was an illustration of the power of money. He said the central government can veto local regulations that are considered to be contrary to the provisions of the law but had not done so.

‘The Ministry of Internal Affairs [of the national government] has vetoed the East Kalimantan Regional Regulation on the Protection of Sustainable Food Land. Why is the veto not used for the protection of small islands whose conditions are increasingly critical?’ asked Rupang.

‘The biggest problem on Bunyu is water. Now they have a water crisis,’ explained Rupang.

‘If a KHLS existed, I'm sure there will be many report findings that they will recommend. So up to now a KHLS has not been carried out. This is because the desire for cash is more promising than public safety,’ said Rupang.

Abdallah Naem was particularly concerned about the effect of the Indonesian Omnibus Law. This is a piece of legislation designed to override other laws in order to encourage development. Passed by the Indonesian Parliament in October 2020, the bill was fiercely opposed by environmentalists and labour unions, sparking protests across the country. Regulations subsumed by the Omnibus Law for the purpose of cutting through ‘red tape’ included those aimed at environmental protection.

According to Naem, this law adds to the problems caused by coal mining. It places even more emphasis on increasing investment. This means, Naem added, coal production will continue to be boosted. Bunyu Island will be squeezed even more. Environmental damage will be more massive.

‘What we observe is that the Omnibus Law is just a populist cover. What actually happened was the destruction of people's living spaces,’ he said.