International finance campaign against Adani’s coal mine continues to bite

Meanwhile, India’s biggest state-owned bank is wary of lending Adani money for its Queensland coal mine, according to a report in the Indian media. The list of international insurers avoiding the contentious mine continues to grow and has reached 33. The Adani Group’s business links with Myanmar’s brutal military are attracting more international criticism. And protests against the Carmichael coal mine have recently ramped up.

Dow Jones's dumping of Adani from its sustainability index has received widespread international coverage. The campaigners at Market Forces are urging people to contact the remaining investors of Adani Ports here.

The State Bank of India (SBI), owned by the people of India, has been torn for several months over whether to loan a billion dollars to the Adani Group for its Carmichael mine, or whether to give the controversial project a wide berth. In early April 2021, it was reported that the bank was ‘dragging its feet’ on deciding whether to provide the loan. The story was taken up by Bloomberg Green and in Australia.

The bank’s wariness is not surprising, given the barrage of warnings and criticism it copped when news of the potential loan broke in last November. French finance giant Amundi threatened to divest from the SBI’s green bonds. And in April 2021, it was reported that a Norwegian ‘bond vigilante’ had warned relevant SBI investors of the reputational risk involved in backing Adani’s climate-wrecking coal mine.

The SBI’s tortured deliberations have occurred as more and more international insurers rule out providing services to the infamous coal mine. In early April, it was reported that another leading Lloyds insurance company has ruled out backing Carmichael, taking the total number of insurers saying ‘no’ to 33.

Meanwhile, the business arrangement between Adani Ports and a company owned by the Myanmar military continues to grow in notoriety. In early April, the New Zealand Super Fund was slammed by the NZ Greens for its investment in Adani Ports. Members of NZ’s two major political parties have also publicly responded to the issue, in stark contrast with the lame justifications issued by their Australian counterparts when a similar investment by Australia’s Future Fund was brought to their attention. Defenders of humanity in Myanmar have called for an international boycott of Myanmar’s military companies by all forms of investor.

No such squeamishness was displayed by Australian citizens taking on Adani in repeated protests against the Carmichael mine. Their bravery in the face of violent reactions and state severity is an inspiring example to the nation. 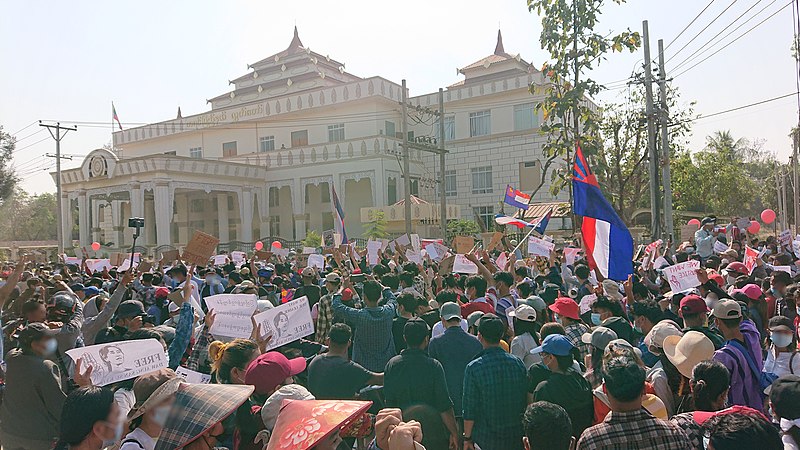