Environment groups and indigenous people have stepped up the pressure on the London Science Museum to dump its sponsorship deal with Adani. Protests outside the museum have included a large ‘ad van’ screening a rejection of Adani’s Carmichael coal mine by a cultural elder from Australia’s W&J people. India’s Hasdeo forests, threatened by Adani coal mines, also featured in the rowdy demonstrations.

In October 2021, the London Science Museum announced that the Adani Group would be sponsoring a gallery on green energy, a move that sparked angry protests outside the museum as well as resignations from the museum’s board of trustees. In 2022, the campaign to persuade the museum to dump the sponsorship deal has continued.

This powerful video, played outside the museum on an ad van, tells people why Adani’s sponsorship is unacceptable: 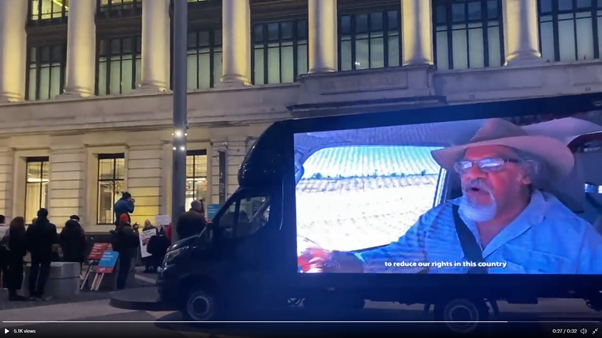 Via the video, people in London heard from Wangan & Jagalingou cultural elder, Adrian Burragubba, about the effects of Adani's Carmichael Mine on the area's traditional owners. 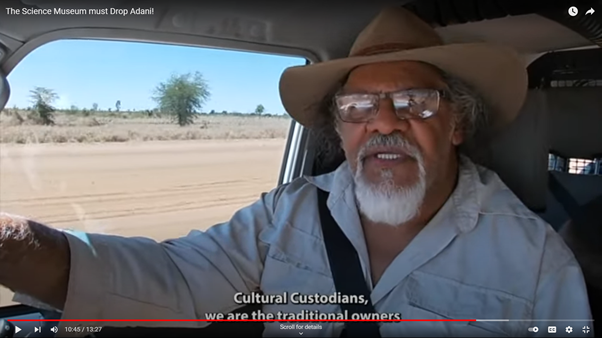 The protests opposed the takeover of the ancestral lands of the indigenous people of the Hasdeo forests for a series of Adani coal mines. The video also featured footage from the Indian state of Jharkhand where local people are opposing a proposed new Adani coal mine with all their strength. 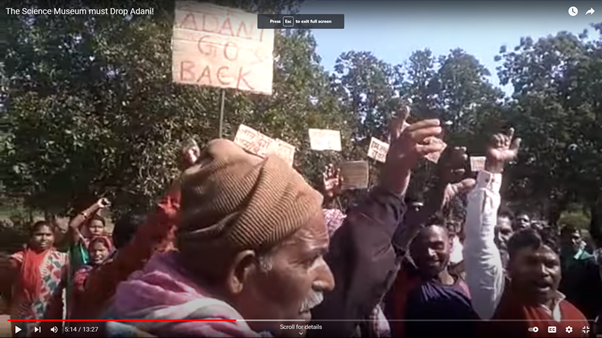 The Coal Action Network says that leaders from indigenous communities in Australia, India and Indonesia wrote to the museum to warn them that its agreement with Adani is legitimising its ‘destructive coal expansion activities’ and that ‘indigenous communities in all these countries are experiencing land-grabs, repression, the destruction of sacred lands, pollution of air, land and water...’. 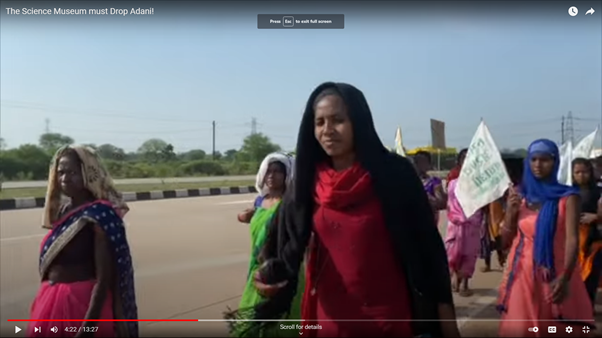 AdaniWatch has reported on the museum’s sponsorship deal with Adani since last November.

Tweets from Extinction Rebellion UK on the protests outside the science museum can be seen here:

🗣 Add your voice by writing to the Science Museum now. Help us to convince them to drop Adani as a sponsor.