Lush orchards in the Indian state of West Bengal have become the latest flashpoint along Adani’s chain of land grabs for exploiting coal from its Carmichael mine. The orchards, locally famous for their mangoes and lychees, are to be bulldozed to make way for a high-voltage transmission line taking electricity from Adani’s Godda power plant to Bangladesh. In early July 2022, a huge force of police and Adani supporters overwhelmed orchardists protesting at the destruction of their fruit trees. Several orchardists were injured. Some claim there is a conspiracy to have them murdered.

On Saturday 2 July 2022, police forces in Dadantola village near Farakka town in the Murshidabad district in the Eastern Indian State of West Bengal assaulted a group of mango and lychee farmers. At least eight were injured, according to a representative of the farmers. The farmers were protesting against land in their orchards being acquired to construct an electricity transmission line from Adani’s Godda coal-power plant to the India-Bangladesh border.

Adani’s 1600MW power plant at Godda is the intended destination for coal from the controversial Carmichael mine. The coal is to be transported by rail and ship over 10,000 km from north Queensland to north-eastern India. Power generated is then to be exported via the proposed transmission line to Bangladesh. The sprawling project has caused anger on many fronts, from indigenous people at the mine in Australia, to Indian tribal people being displaced by railways, pipelines and the power plant itself, and now to this latest flashpoint in West Bengal.

Zubair Ali, the President of the Bagicha, Jibika o Bosti Rokkha Committee (Committee to Protect Orchards, Livelihoods and Settlements), an organisation set up to represent the farmers of the Dadantola area, described the situation.

'A huge police force surrounded the entire area,' he said. 'They have cut down many lychee trees. When the villagers protested, they were beaten up. Nearly eight people were injured. Till afternoon (that day) nearly 20-25 people were detained from the orchard and the local hospital at Beniagram. There were a few women among them. Five people have been arrested.’ 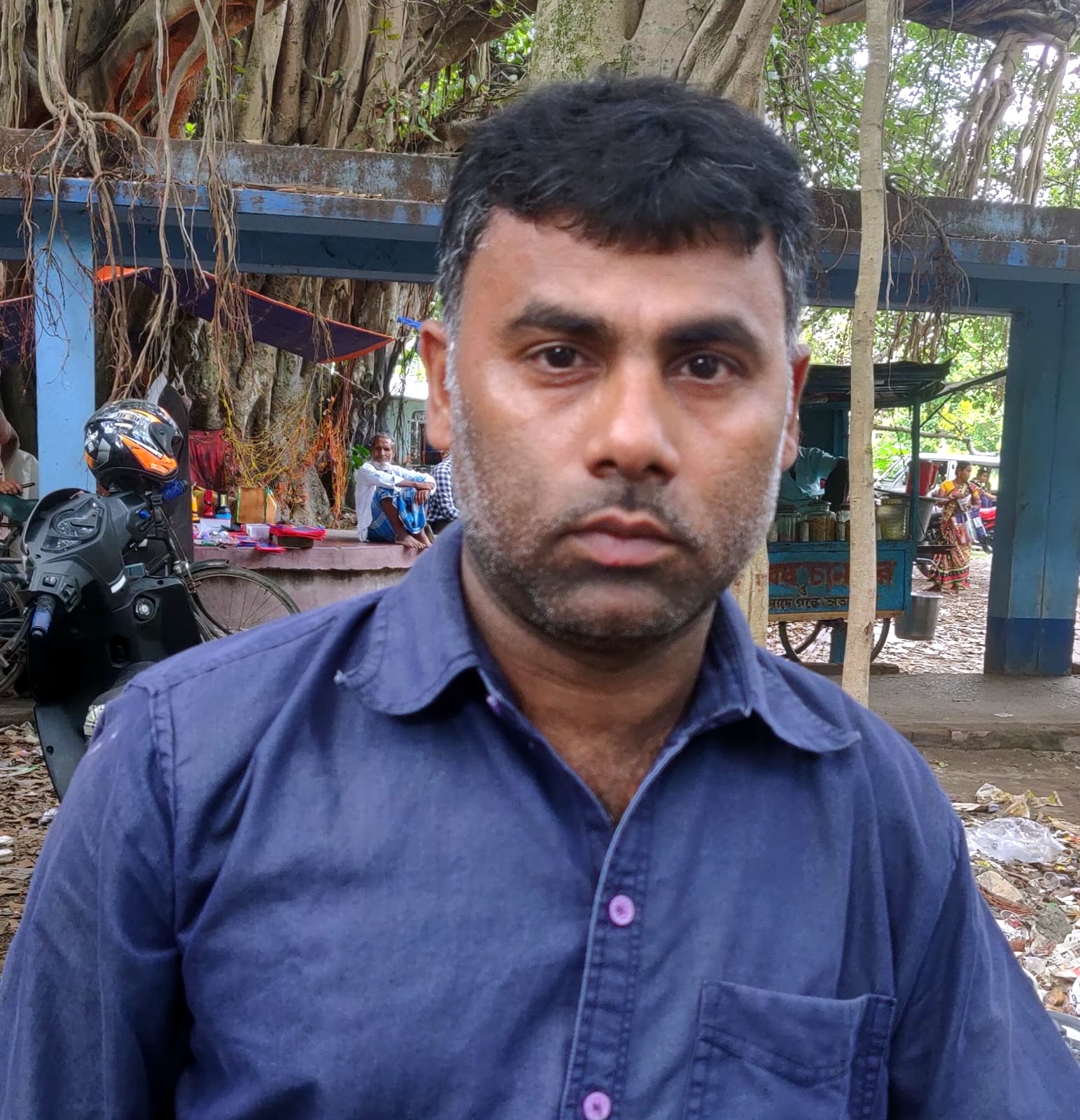 Zia Ul Ali Khan, a lawyer for the committee, said ‘the combined force of the police and the Adani Group’s supporters were active in the area in order to seize the orchards and the settlements.’

Sukantha Das, one of the main organisers among the protesters said, ‘previously the combined force of the police and the Adani Group’s supporters backtracked slightly in the face of the protests. However, on Saturday, they attacked the protesters and many of them were seriously injured.’ 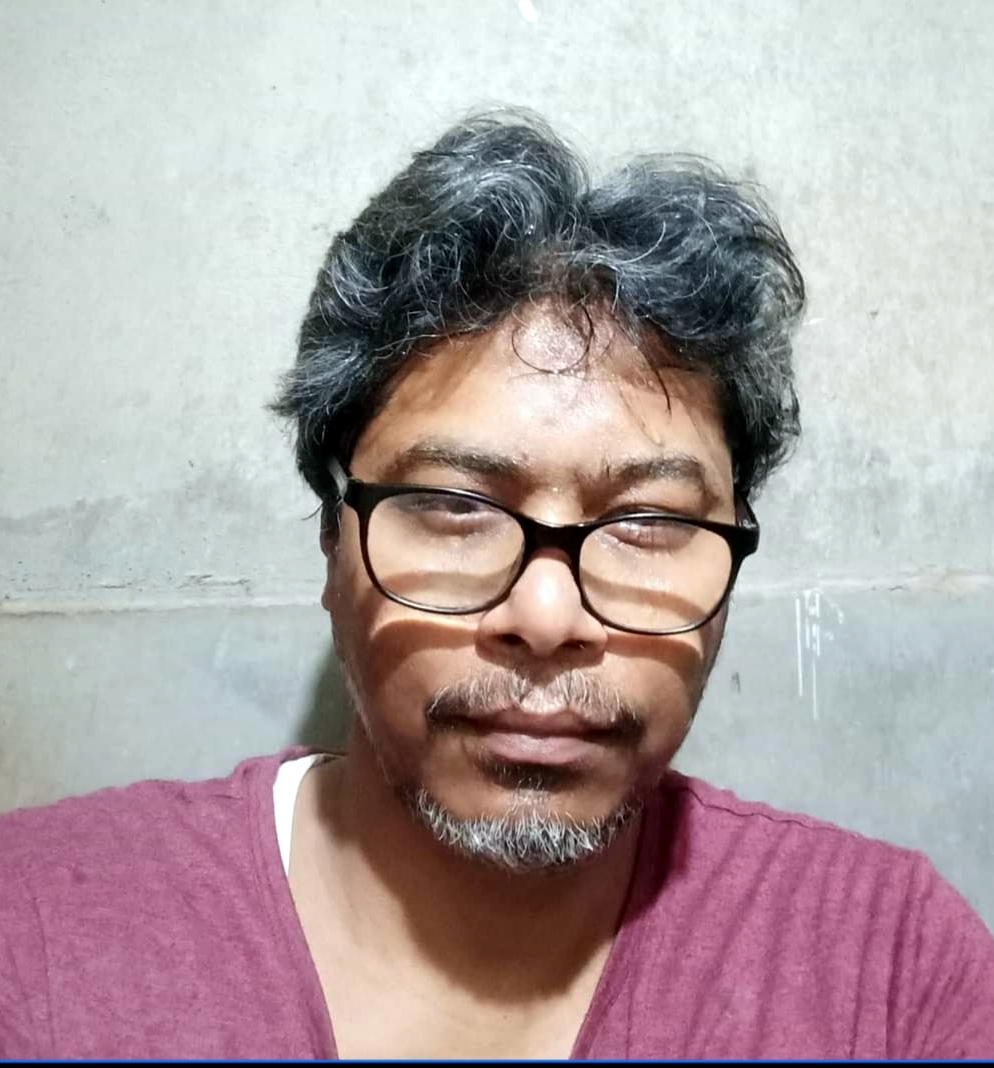 The three alleged that a conspiracy is afoot to have them murdered. This not an uncommon situation for people in West Bengal who oppose major developments.

On 26 June, the officer for Joint Block Development and the officer-in-charge at the Farakka police station came to the mango and lychee orchard of Dadantola village. They brought a police force that was almost twice the number of protesting farmers. They were, however, pushed back by the protesters. The confrontation on 2 July was the next attempt by authorities to grab the land.

The Farakka area is locally famous for high-yielding varieties of mangos and lychees. Many of the farmers with small landholdings depend on income generated from these crops during the forthcoming two months. They do odd jobs during the rest of the year.

Das said that the transmission line from Godda to Bangladesh would affect five villages in the Farakka police station area – Ballalpur, Samaspur, Gholakandi, Dadantola, and Imamnagar. Mango groves, lychee orchards and settlements in each of these five villages would be badly damaged.

Ali said ‘nearly 1000 bighas (about 330 acres) of orchard and settlements across a five-kilometre stretch of land would be affected.’

The transmission line is set to traverse a distance of 295 kilometres from Godda to Rangpur in Bangladesh, where it will connect to the Bangladesh power grid. Of that, a stretch of 95 kilometres is in India, from Godda to Imamnagar in Farakka. Within this stretch, the orchardists of Farakka are opposed to a 5-7-kilometre stretch of transmission line passing through their lands. 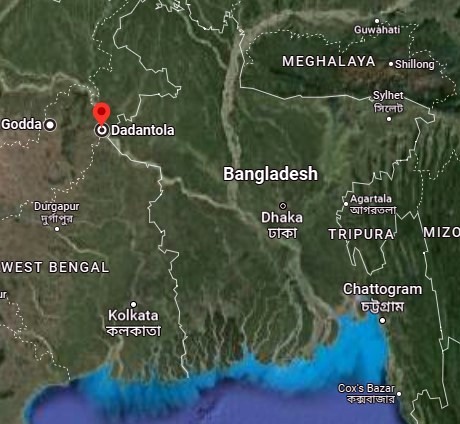 On either side of the 400kW high-tension cable, 77 metres are in the danger zone, meaning that the transmission line requires a swathe 154 metres wide.

‘Nothing (orchards and settlements) will be the same because of the 5-km long and 154-metre-wide danger zone,’ Ali said.

If orchard farming stops, thousands of people will lose their livelihoods. That is the reason why the local people are so desperate. This region is near the banks of the Ganges River, which floods frequently and often changes its course, leading to entire swathes of land disappearing. So when a transmission line is set up on stable land, it will displace farmers to unstable and precarious areas.

‘If the transmission line were taken straight from Ballarpur to the banks of Padma River (a distributary of the Ganges) then it would have been only two km long. But to avoid the orchards of the influential people of the area, a circuitous path has been chosen which is nearly five km long. As a result, there will be 13 towers instead of five,’ said Ali.

Lutfar Rahman, 68, owns two and a quarter bighas (about a quarter of an acre) of lychee orchard in Dadantola village. His family depends entirely on the income from the orchard. He is afraid that his orchard will be damaged if the transmission line passes through. He organised a mass-protest letter by the local residents of the area that was sent on 24 March 2022 to the state’s chief minister, the district magistrate, the superintendent of police, the sub-divisional officer, the Farakka police station’s officer in charge, and other local officials. 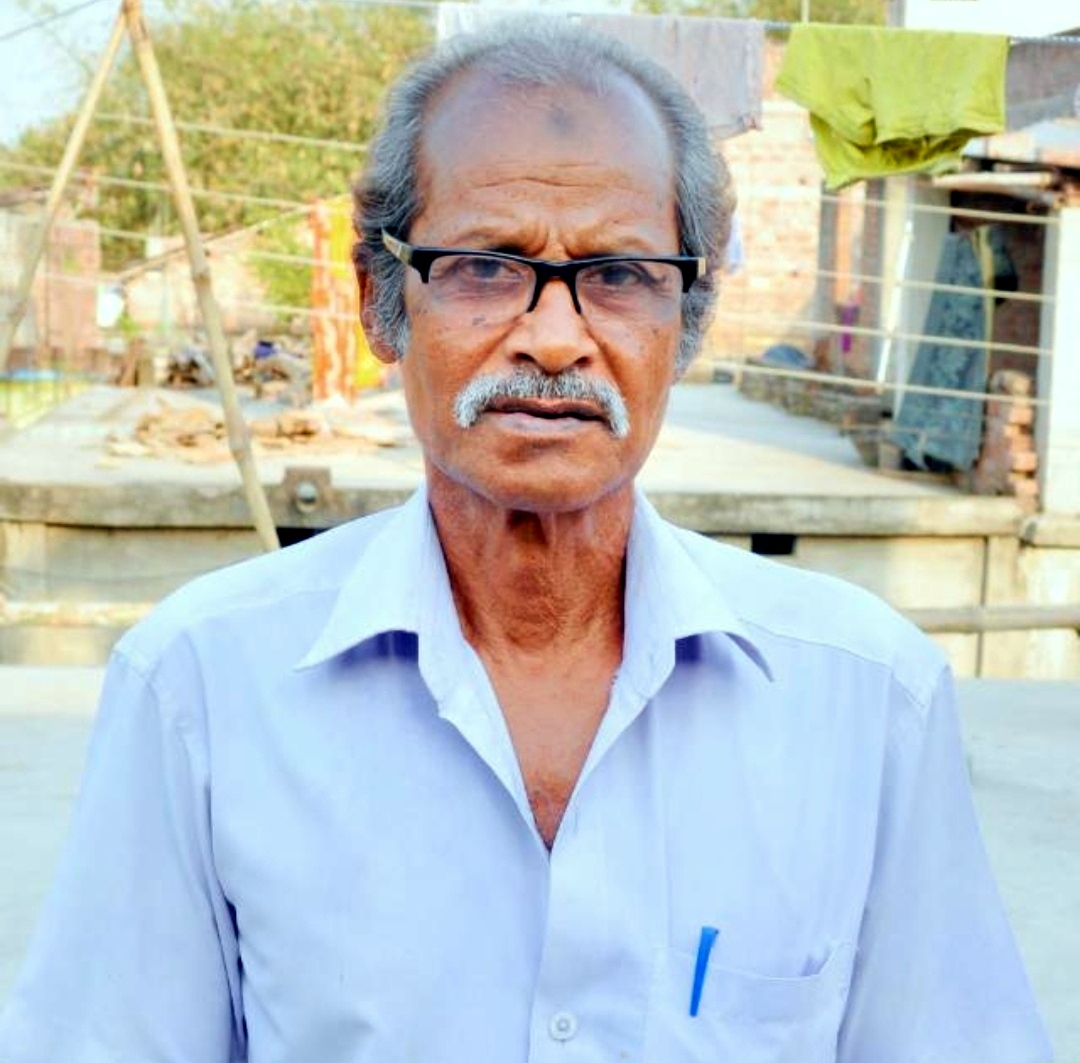 In response, Rahman said, ‘the police registered a false case against seven of us. On 14 April, my neighbour Yasmin Sheikh’s (one of the signatories of our mass petition) mother and wife were made to give a false statement against us. We got bail when Yasmin’s mother and wife revealed the truth in Jangipur Court on 6 May.’

The lawyer, Khan said, ‘the police then used one of Adani’s supporters to frame a false case against Rahman and nine others. This was on 3 June. They got bail on 6 June.’ 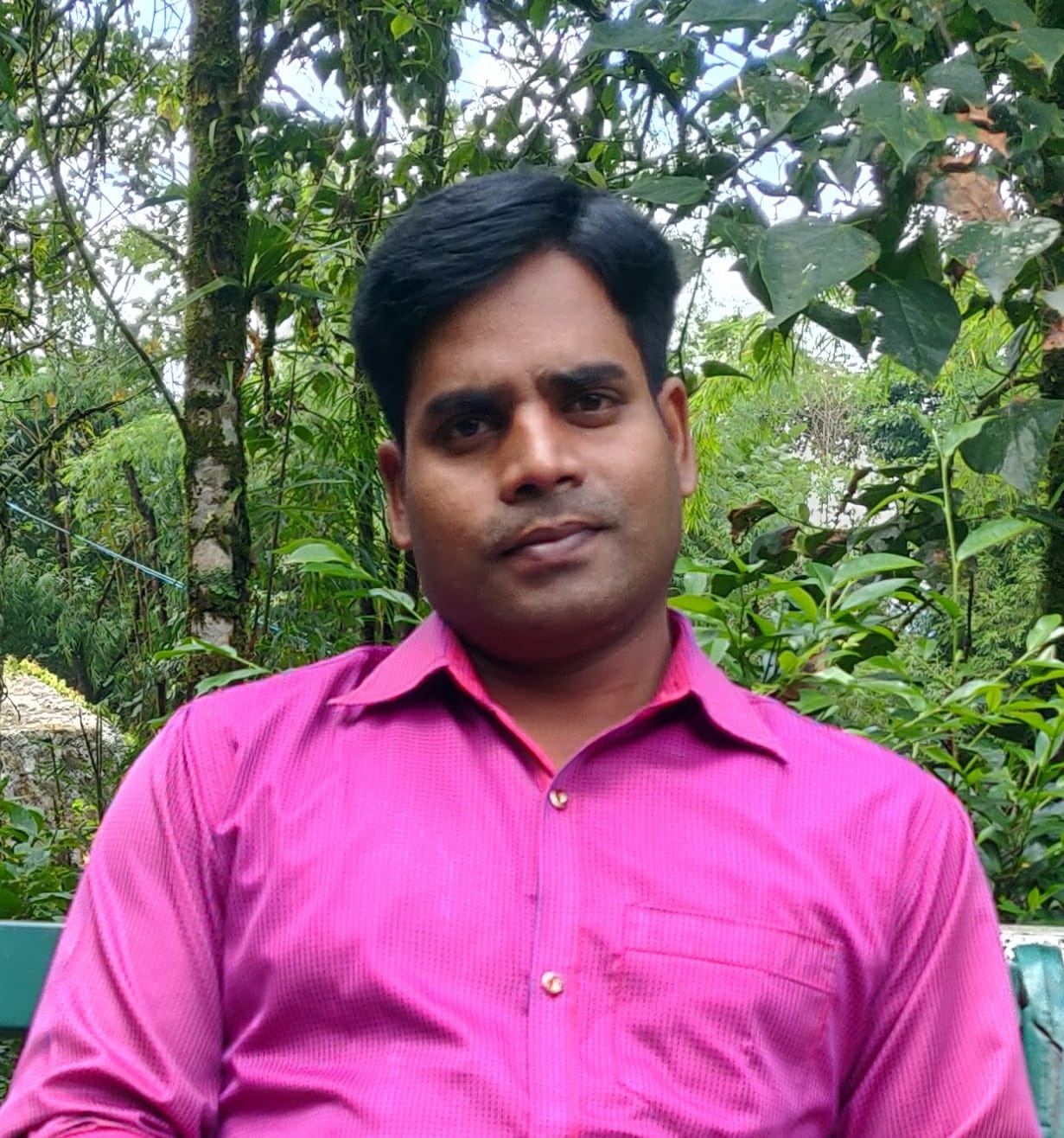 For the past few years, Rahman’s son Arafat has been employed as a civic volunteer in the Farakka police station. Arafat was ordered to agree to the high-tension wire being installed over his father’s field. Otherwise, he would have lost his position as a civic volunteer, he was told. He has not been allotted any duty since 5 April.

Rahman filed a writ petition in Kolkata High Court on 18 May.

His petition argued that the transmission line had been installed through his orchard without any notice or acquiring his land and that he was thus due compensation in accordance with the law. On 5 July, the Calcutta High Court’s Justice Sabyasachi Bhattacharya ruled on Rahman’s writ petition that 'the respondent...(that is Adani Power Jharkhand Limited) has taken a fair stand' and permitted Rahman to approach the district administration with his claims on damages and compensation. The order called for the district administration to decide on the claim within eight weeks.

The West Bengal state unit of the Sanyukt Kisan Morcha (the United Farmers’ Front) has come out in support of the Farakka farmers. This organisation represents farmers’ groups across the country and led a ferocious agitation against three hugely unpopular agricultural laws from 2020 to 2021. In November 2021, Prime Minister Modi was forced to announce the repeal of those laws as a result of the year-long demonstrations.

‘Sanyukta Kisan Morcha will support the farmers of Farraka. The members of 500 farmers’ associations will come and station themselves at Farakka if necessary,’ said Avik Saha, its state secretary.

On Saturday night (2 July), the detained persons were released by Farakka police. The five arrested persons, one of whom was severely injured, were produced before a local court in Jangipur on Sunday, and they have been remanded to four days police custody.

The authors are independent journalists. Translated from the Bangla by a special correspondent.