A special correspondent Jul 19, 2022
The Jharkhand government has turned its back on the indigenous people displaced by the Godda coal-power project. Image Geoff Law

Soon after it was elected to power in December 2019, a minister in the new government of the Indian state of Jharkhand said Adani’s massive coal-power project at Godda should be reconsidered. Construction was at an early stage and there had been a powerful grassroots campaign against the project. Media reported that the contentious project now stood on ‘less sure ground’.  For over two and half years since those comments, however, Adani has forged ahead with construction. The government now avoids public comment about Godda and has stalled a court case mounted by its constituents against the project’s legally dubious acquisition of ancestral lands.

‘We can’t allow injustice to local farmers and exploitation of resources of Jharkhand for the benefit of an industrialist like Adani.’

This statement, referring to Adani’s coal-power project at Godda, was made by a senior minister of the state government of Jharkhand in January 2020, just weeks after his party helped form government. Mr Alamgir Alam was a leading figure in the state Congress party and Jharkhand’s Minister of Rural Development, so his comment was prominently reported. 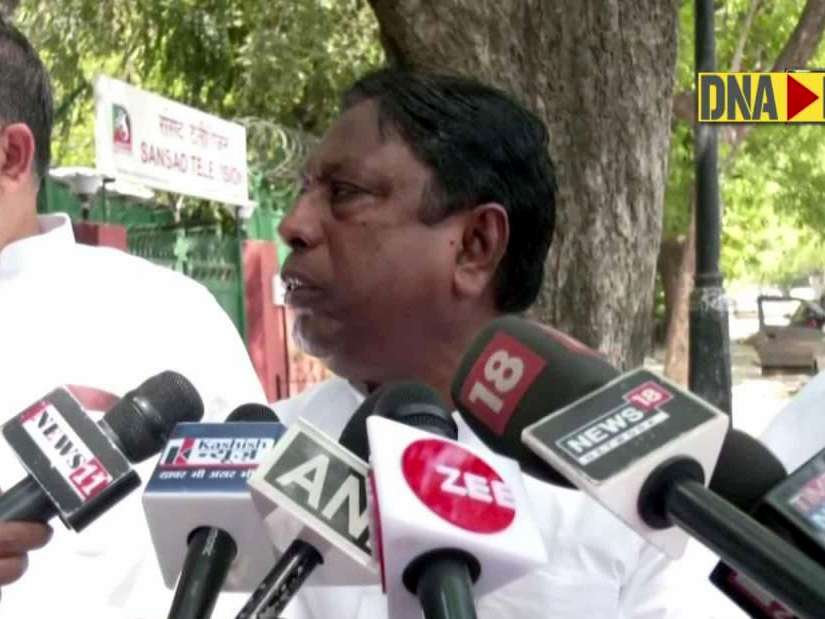 He also said that ‘his party would insist that the government take a relook at the project.’

On the phone to this correspondent, in June 2022, Alam said he didn’t remember saying any such thing. When asked whether his government is ‘taking a relook at the project’ Alam said ‘such things cannot be discussed over the phone’ and disconnected the call.

Alam is part of a coalition government with the Jharkhand Liberation Front, or Jharkhand Mukti Morcha (JMM), the party of Jharkhand’s chief minister Hemant Soren.

The 1600MW coal-power project at Godda was formally approved by the predecessor state government of the BJP (which is also the party of Prime Minister Narendra Modi). It is believed that the Godda plant will be the sole buyer of coal from the Adani Group’s Carmichael mine. The power generated from this coal at Godda will be exported to Bangladesh in a deal that Modi made with Bangladesh Prime Minister Sheikh Hasina in 2015. 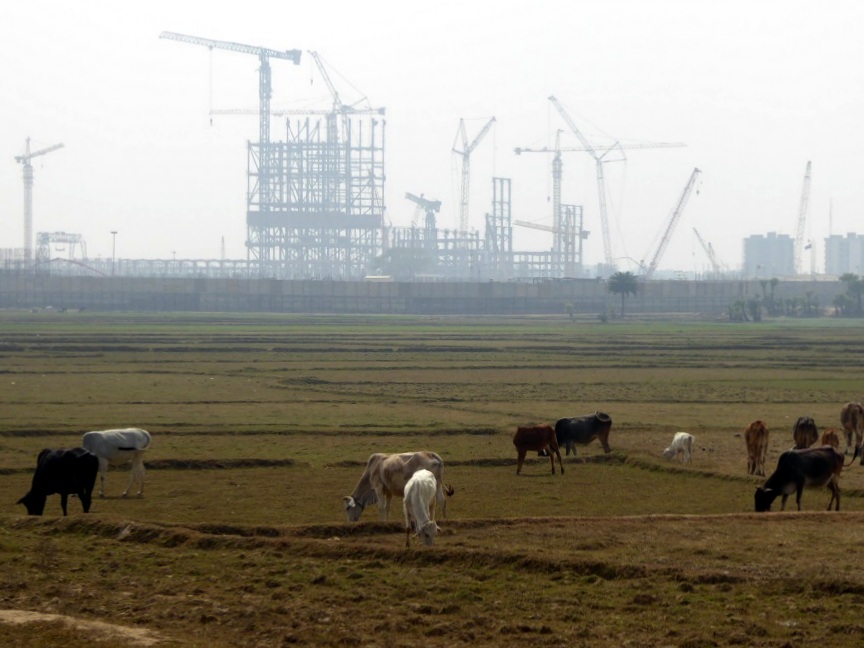 Since Alam’s statement in early 2020, it has been radio silence from the ruling government in Jharkhand, and from members of the two main ruling parties – the Congress and the JMM. This silence has extended to the courts as well, where a lawsuit at the Jharkhand High Court challenging the acquisition of farmers’ land is lying dormant. In March 2020, the court gave the government six weeks to file affidavits in response to the villagers’ petition. Over two years have passed and the government has yet to file that response. This delay has held up the case, effectively allowing Adani to go full throttle in building the power plant and ancillary infrastructure.

The impacts on the ground during those two years have been monumental.

Sonal Tiwary, advocate for the petitioners, explained to this correspondent that an interim application had also been filed in the lawsuit, asking the court to immediately order a halt to construction work until the issues before the court are resolved.

‘Even if the High Court rejects this application, it can be appealed before the Supreme Court, but no decision is possible until the government files a counter-affidavit,’ said Tiwary. ‘We have been mentioning the case before the High Court but it is yet to get listed for a hearing.’ 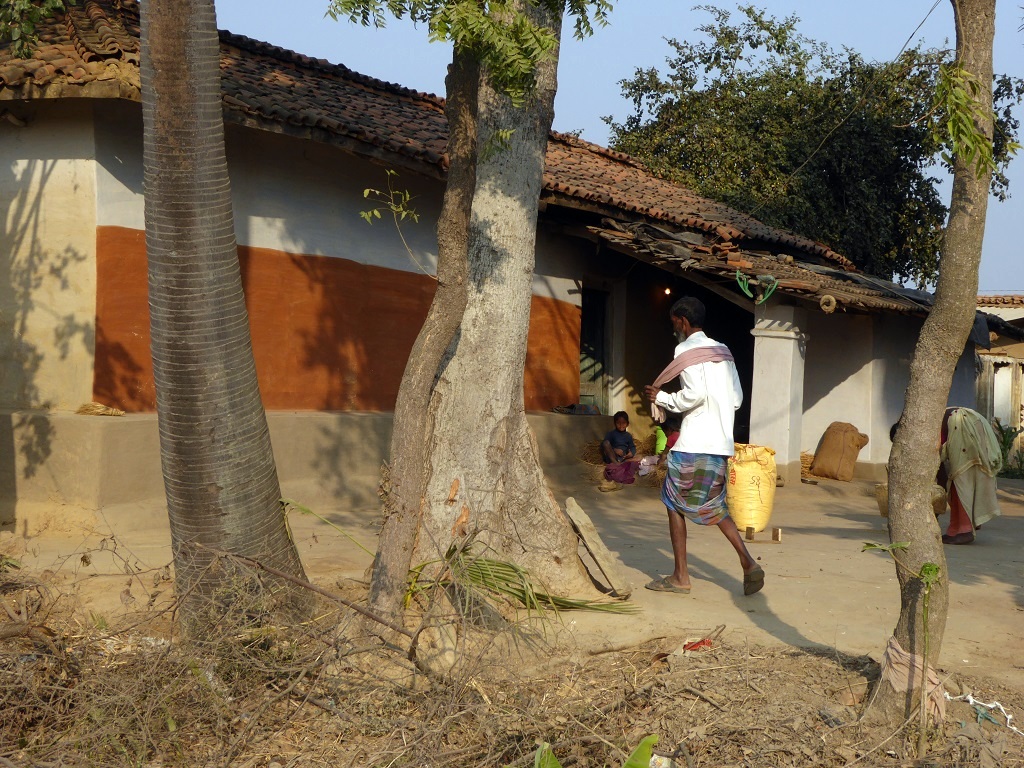 This correspondent has tried in vain to get a response from senior leaders in the Congress and the JMM. One Congress spokesperson, Jairam Ramesh, said, ‘I have nothing worthwhile to say on this... I have no idea.’

Questionnaires sent by email and text message to the offices of Rahul Gandhi (one of the top 10 leaders of the Congress party) and chief minister Hemant Soren elicited no response. Neither did a questionnaire to Hemant Soren’s press advisor; phone calls to him went unanswered. Nor were there responses to questionnaires sent to the state’s chief secretary (the top bureaucrat in the state) or to the secretary in the Union Ministry for Environment, Forests and Climate Change (the top bureaucrat in the ministry). Nor were there responses to questionnaires sent to Rajiv Ranjan, the advocate general of Jharkhand (the state government’s top lawyer who also did not respond to phone calls), or to Rajiv Sinha, the assistant solicitor General of India in Jharkhand (the Union government’s top lawyer in Jharkhand). 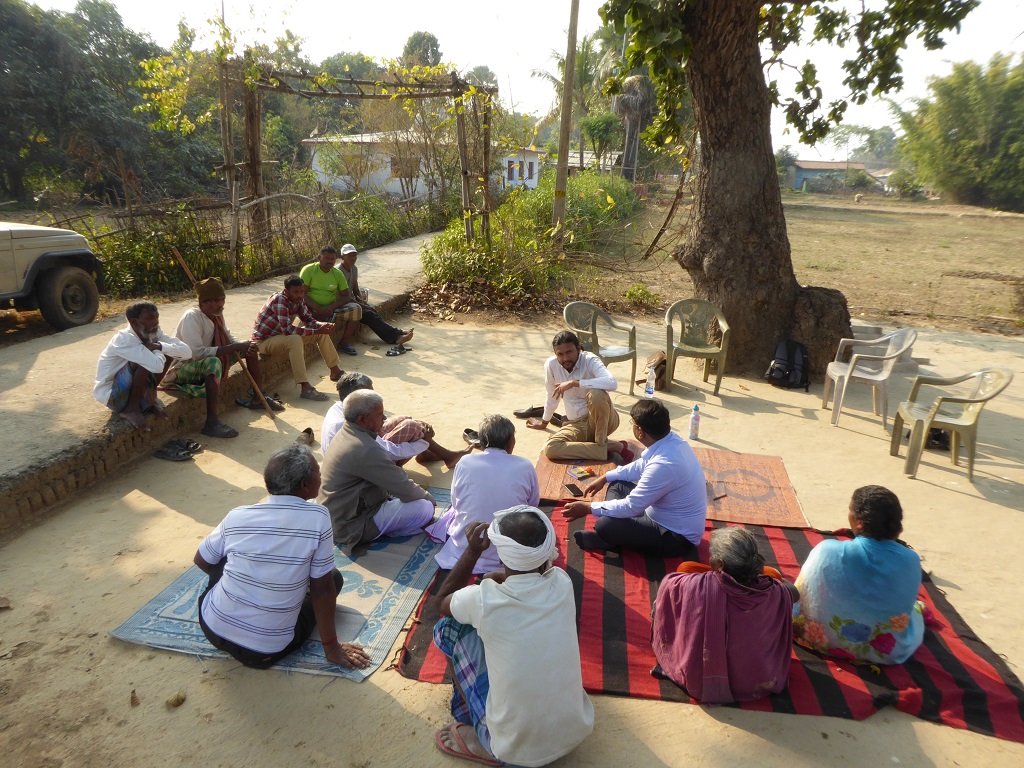 The advocate general’s assistant Piyush Chitresh told this correspondent over the phone that he is not authorised to answer questions regarding why the government has not filed a response, and said, ‘tell the opposing counsel to mention the case before the court and get an order seeking counter-affidavits from the government.’

In January 2020, though, and in the 2019 election campaign, the same politicians had been rather more forthcoming. Hemant Soren was quoted as saying ‘let me look into this. I am not opposed to industry. But the interest of state will be the first priority.’ 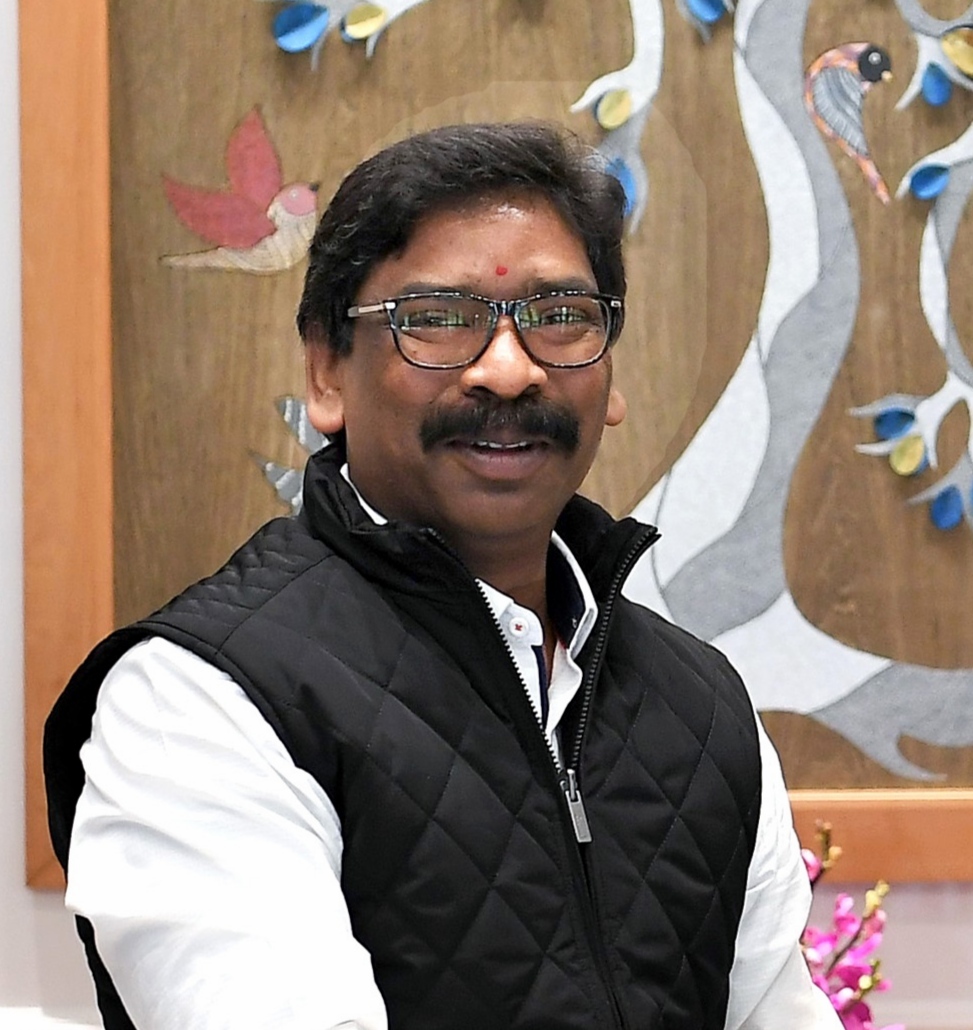 Alamgir Alam had elaborated on his position: ‘Land was acquired without holding a meeting of the gram sabha (village council). According to the Land Acquisition, Rehabilitation and Resettlement Act, 2013, farmers must be given four times the actual market price of land. But the BJP government deliberately ignored the provisions. The Act also says that if the acquired land is not used for five years, it will be returned to its original holders. The rule says that 25% of the total power generated will have to be given to Jharkhand. But in the case of this project, the entire power will be sold to Bangladesh. We can’t allow injustice to local farmers and exploitation of resources of Jharkhand for the benefit of an industrialist like Adani.’

In the Telegraph story, an un-named ‘state level Congress politician’ had gone even further, saying ‘you must have noticed how Rahul Gandhi attacked PM Narendra Modi during the parliamentary and Assembly election campaign for favouring his industrialist friends like Adani. In Jharkhand, Rahul Gandhi addressed three rallies during the Assembly elections and directly named Adani. In this context, he described how the Congress government in Chhattisgarh had taken back land from a renowned corporate group. Trusting our commitment, people voted us to power and it is clear that we will ensure justice to affected people.’

The Telegraph had cited sources in New Delhi to say that ‘a final decision had not been taken but ... reservations over the project... [were] “robust”.’

The only Congress politician to give any substantial answers to questions for this article was Pradeep Yadav, the elected Member of Legislative Assembly from Poreyhat (which is adjacent to Godda), and the former elected representative in Parliament of Godda.

From 2016 to 2018, Yadav led the people of the region in protest when they opposed the acquisition of their land. Back then, he was a member of a different party, the Jharkhand Vikas Morcha – Prajatantrik (Jharkhand Development Front – Democratic). When this party formed an alliance with the BJP in 2020, Yadav jumped ship and joined the Congress.

‘The issue has gotten subdued,’ Yadav said. ‘Those who wanted to sell their land did, and those who didn’t have gotten their land back.’ 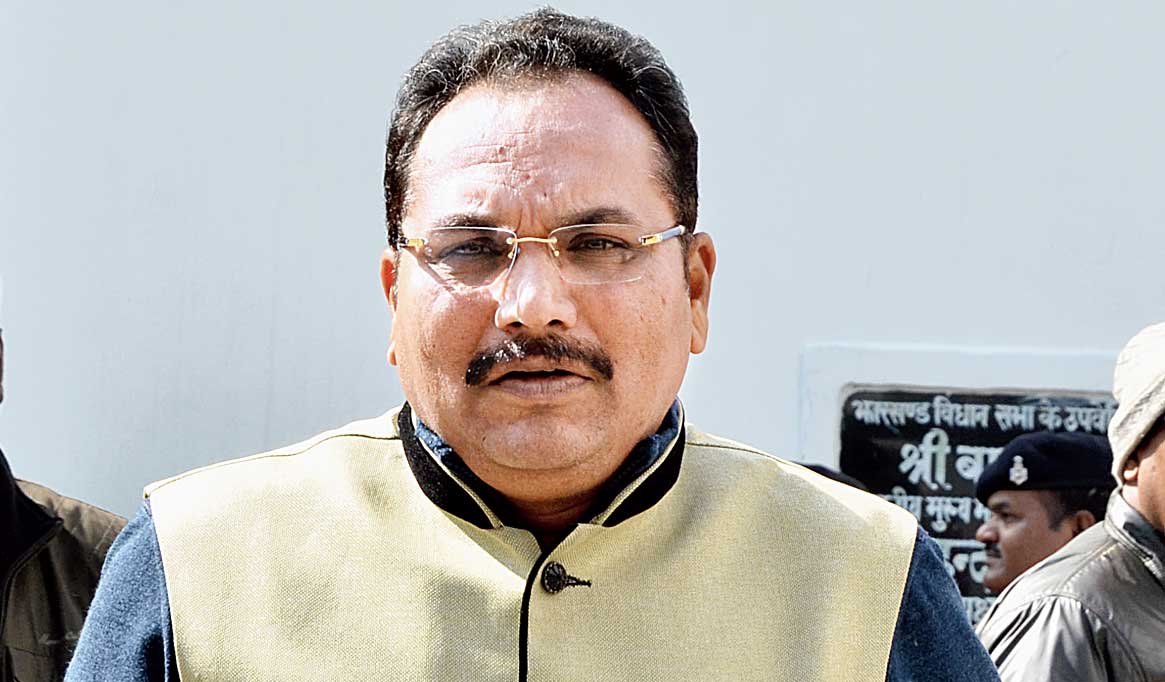 Referring to the cases of people whose land is still in dispute, he said ‘I am aware of a few people whose land is still in dispute – their land has been acquired but the people are protesting and holding on to their lands. I have done my best to represent their issue to the company and the district administration, but it is not enough to raise a public movement over.’

When asked about criminal cases that were filed against him due to his involvement in protests against the land acquisition, he said ‘the cases against me are going on, trials are on and witnesses are being examined.’

When asked how his party and government see the matter, Yadav said ‘I do speak to my party about this from time to time. We have to see where it goes within the party. The government always says it’s a decision made by the previous government, and now the project has already reached an advanced stage, so we cannot force the company out.’

‘There is the winter session of the legislative assembly coming up, though it is only for two days. I will look for an opportunity to raise the issue during the session. I am still seized of the matter and will do what I can,’ Yadav concluded.

Notwithstanding Yadav’s undertakings, it seems that the Jharkhand state government regards the Godda coal-power project as a fait accompli. Pledges to reconsider the project have fallen by the wayside.