The Pench Conflict: Did Adani illegally capture land for its coal-power project?

In 2010, the Adani Group bought the rights to construct the languishing Pench coal-power scheme in the central Indian state of Madhya Pradesh. It took possession of approximately 300 ha of prime farmland that had been acquired in the 1980s from indigenous farmers. But now questions are being asked about some of this land. Some locals are saying that Adani has occupied and walled off lands not legally theirs. The areas in question include a public road, a traditional burial ground, and land claimed by a resident.

Did the Adani Group company Pench Thermal Energy (MP) Ltd illegally capture lands that were not part of the land sold to it for the Pench thermal power project by the Madhya Pradesh government’s electricity board? Local residents say that it did in three areas.

The first instance, recounted to us by one of the affected farmers, Pramod Verma, concerns a public road that the company included in its project site without being authorised to do so. 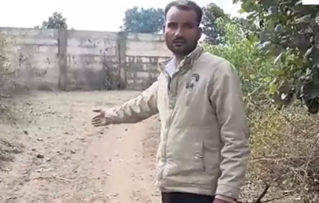 ‘Adani captured a public road built by the government and blocked it with a boundary wall. The area of the captured land is almost 60 hectares,’ Verma said. In addition, he alleged, the company also ‘captured’ a government-constructed tube-well intended for public use (for drawing groundwater) and ‘removed all evidence of its existence.’ 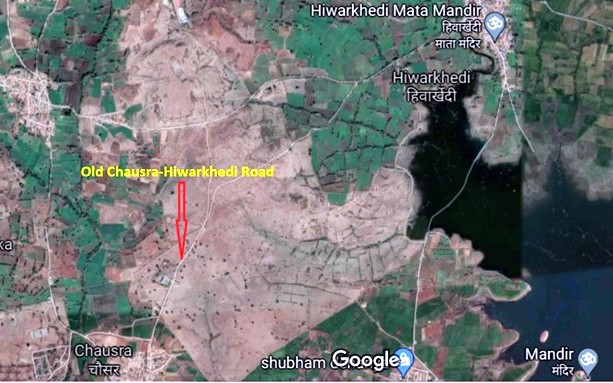 The issue of government land being encroached by the Adani Group company was also covered in the local press. 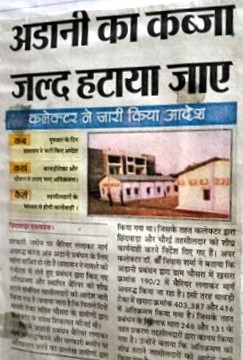 ‘It could now prove costly for an Adani company that is accused of blocking a public road by building a boundary around government land. Taking the matter seriously, the administration has ordered local government officials to act swiftly against the alleged encroachment on public land by the Adani company, and to remove the boundary wall that has blocked off the public road. It is being reported that a complaint was submitted to the authorities recently by residents of Thavri Teka and Chausra villages, who described the encroachment on public land and the blocking of a public road in their complaint. In this regard, the district collector of Chhindwara district has ordered the Tehsildar (Sub-Divisional Magistrate) of Chausra to initiate swift action.

‘Shri Nivas Sharma said that the Adani company has built a boundary wall in Khasra No 190/2 of Chausra village that has blocked off a public road. In Thavri Teka, Khasras No 403, 387 and 416 have been encroached upon by the company. In this regard, a case under sections 248 and 131 [of the Indian Penal Code] has been registered by the Tehsildar against the Adani Group company.’

Despite this report of official action having been initiated, at the time of writing there is no change on the ground. The road remains within the walled-off project site, and the allegedly misappropriated land remains in the hands of the company.

Another allegation of illegal land capture came from the farmer Baijnath Verma. He alleges that a portion of his land that lies outside the section that was acquired for the project was illegally taken over by the company, and that it has built two buildings as hostels for the project staff on it. 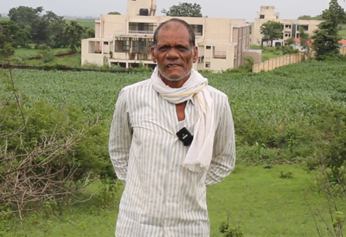 Taking us to the site he said, ‘both the buildings that you see here are constructed on my land, illegally encroached upon by the company. When they took over the land, I was given no compensation. The company claimed that it was government land that it had acquired. However, I filed a court case and got my land surveyed, and it turned out that it indeed was a part of the plot that is in my name. However, even as my case against the company was pending, the company went ahead with the construction. At the time I had standing crops on the land that were destroyed.’

The third instance, recounted to us by multiple locals, concerns a burial ground of the Gond Adivasi community. People belonging to the Gond community told us that the Adani Group had illegally captured their traditional burial ground. They said that, according to the tribal customs, the dead are buried, not cremated. They allege that Adani captured the land and built the boundary wall, stopping their entry to the place where their ancestors are laid to rest. Because of this, they are now forced to cremate their dead, which is against their traditions. 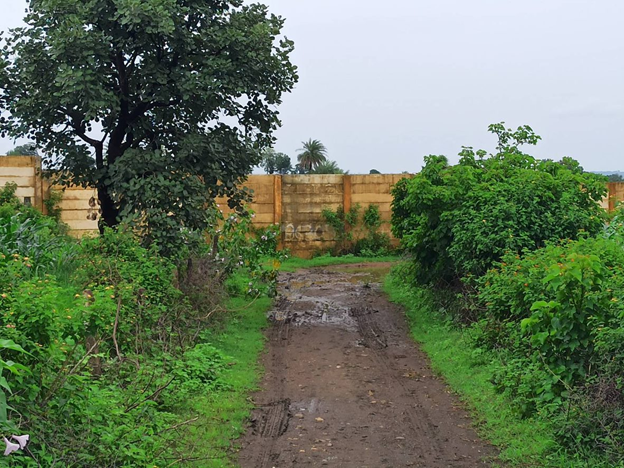 AdaniWatch has reached out to representatives of the Adani Group seeking their comments on these allegations of illegal encroachment of land but received no reply. 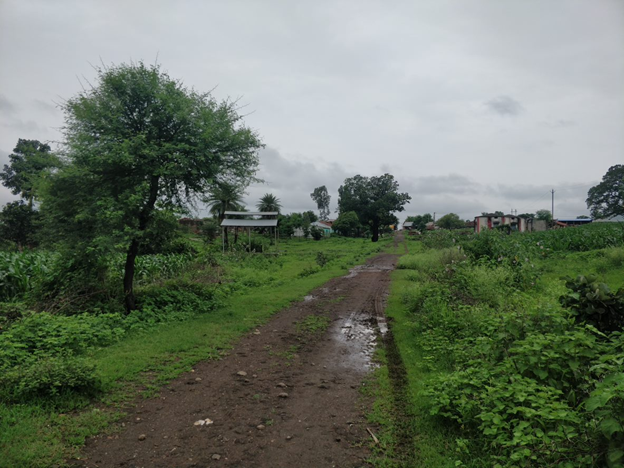 With inputs and support from Ankit A.

In Part 4, we interview a key activist regarding the situation. 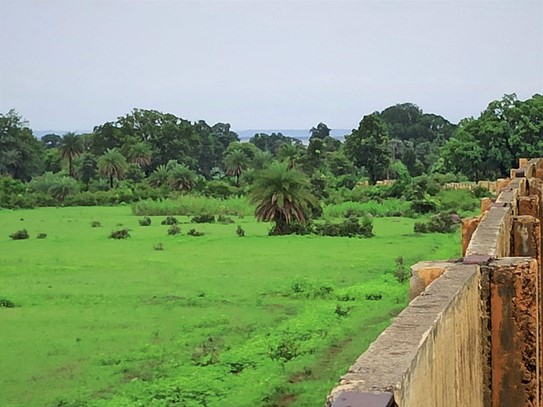