Tribal W&J protest against Adani to continue despite police action

Statement from ‘Standing our Ground’ blockade camp of W&J people:

The police have done Adani’s bidding and forced us to remove the spirit fire from the road. The Queensland police has promised to arrange a meeting with the Department of Aboriginal and Torres Strait Islander Partnerships. They have broken that promise and instead brought in an excessive number of officers to break up our peaceful stand. But we are not done, we will not be silenced. We are proud tribal warriors of the First Nations of Wangan and Jagalingou Country. We remain on our Country at another campsite.

EARLIER (28 August, 10 am): An overwhelming presence of 20 police vehicles has just arrived at the W&J blockade camp, according to the 'Standing our Ground' Facebook page. They are pressuring W&J people to leave their country. See: https://www.facebook.com/WanganJagalingouStandingOurGround/photos/a.107254014431287/113863887103633/?type=1&theater

On 24 August 2020, Wangan and Jagalingou traditional owners who oppose Adani’s Queensland coal mine (the Carmichael mine) blocked workers from reaching the mine construction site. They blocked the access road to the remote mine site, which is about 400km from the coast. On 20 August, they served Adani with an eviction notice (see earlier story). Their statement is below:

Traditional Owners have today re-established control of access to Wangan and Jagalingou country leading to the Adani Carmichael Coal Mine site, enforcing protection of their home lands.

Starting today, Traditional Owners will restrict Adani, and their contractors, movement to and from the mine site.

Traditional Owners issued Adani Australia with an eviction notice at the company’s offices in Brisbane, Townsville and at the Carmichael mine site, last Thursday.

Today’s action marks the start of a direct campaign of enforcing the eviction, led by the Wangan and Jagalingou tribal people, to protect Country. 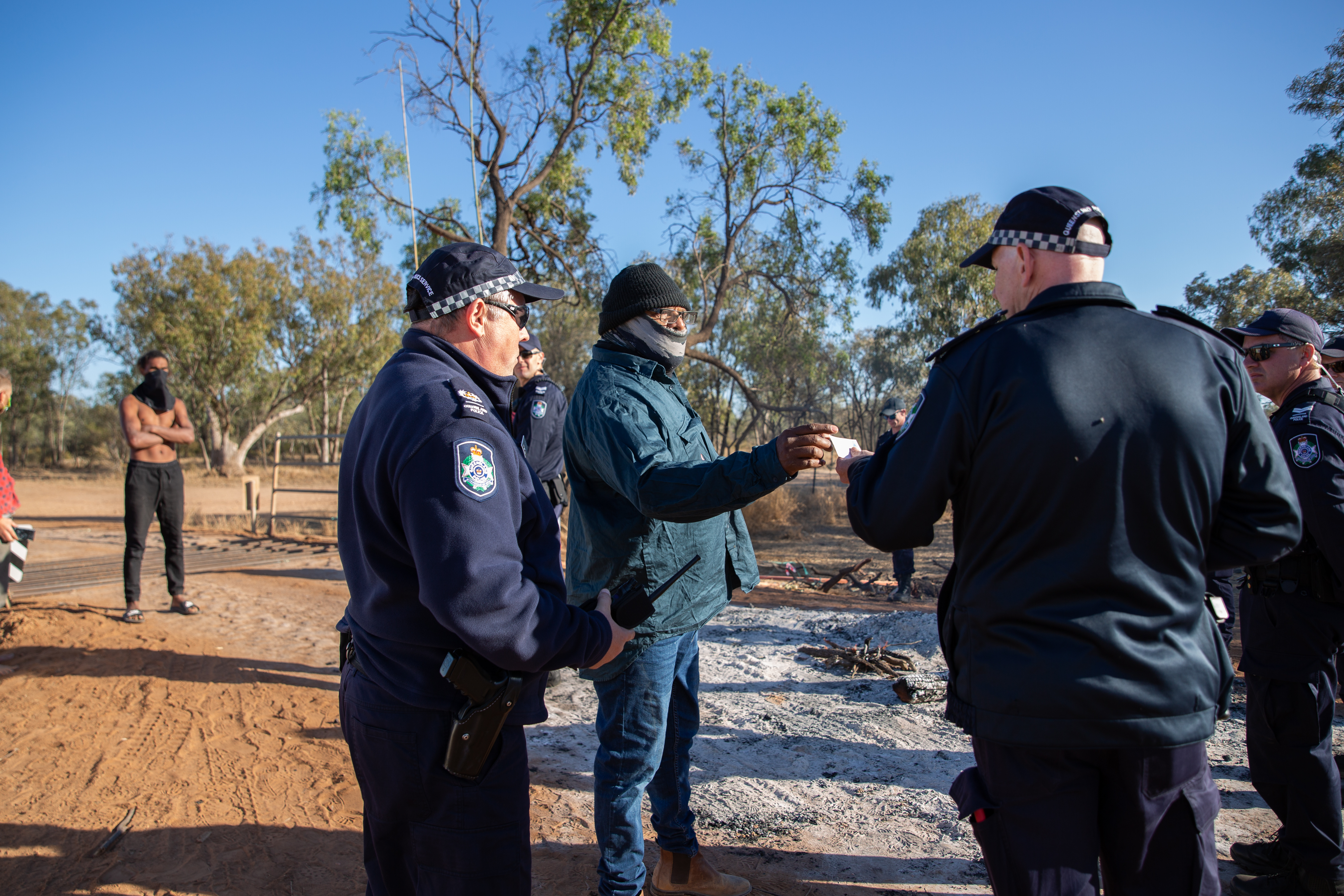 The following can be attributed to Adrian Burragubba:

“Today we are re-establishing tribal control of our home lands.

“We will restrict Adani Australia and contractors free movement within Wangan and Jagalingou lands. These restrictions will not apply to the general public or local farming families.

“Adani are operating without authorisation within our boundaries.

“Adani have cleared land which is home to many sacred totemic animals.

“It is our duty as Wangan and Jagalingou people to act against Adani’s Carmichael project that interferes with our ancient law and custom.

“We demand an end to the destruction of our unceded territory. We demand Adani Australia abandon their Carmichael mine project immediately. We want them out, we want them to pack up and leave our tribal lands.

“We, the original Wangan and Jagalingou people, believe that it is our inalienable right given to us by our ancestors, to oppose the compulsory acquisition of all our lands and waters within our borders.

“As tribal warriors we will fight to defend our sovereignty and territorial integrity.

“As the tribal warriors of the Wangan and Jagalingou people we will stand our ground.”

Here are some things you can do to help the Wangan and Jagalingou people:

Show your support by making a "#StandingOurGround with Wangan and Jagalingou people" sign.

Take a photo of yourself or group. Post it on your social media accounts and use the #StandingOurGround hashtag

Check out this short guide for some tips on solidarity.

Make sure everyone is hearing and sharing the latest news straight from Wangan and Jagalingou People. Follow these pages and amplify the content:

And for some background on the controversial unfolding of the process applying to W&J native title and Adani's mine, see: 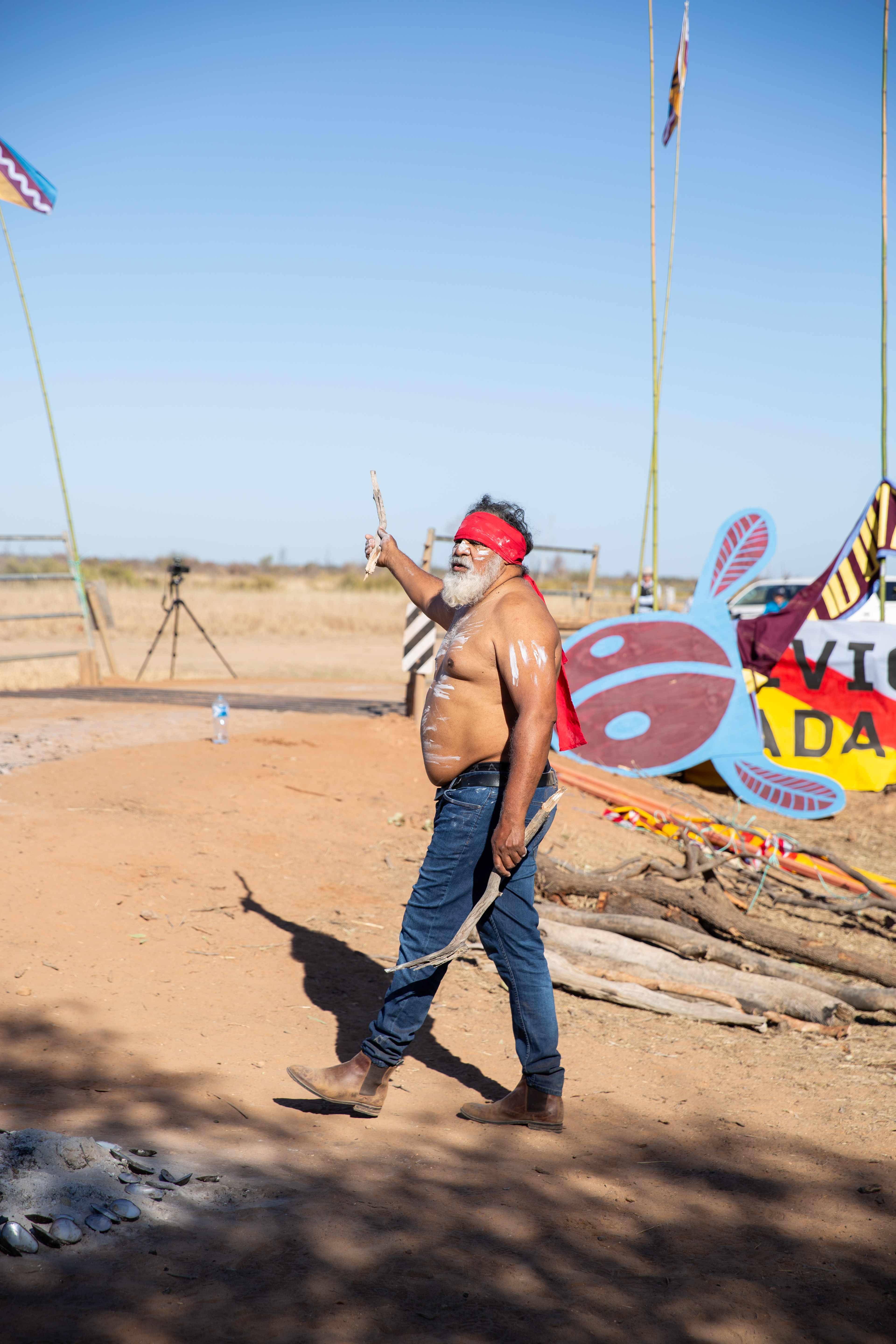