In the first week of June 2021, the farmers of six villages in central India whose lands had been acquired for a coal-power plant reoccupied the land and began to cultivate it. It was a bold move by people driven by desperation. Many were on the brink of starvation. The villagers’ civil disobedience came after months of fruitless meetings with officials of the Adani Group. These negotiations, in turn, followed years of frustration for farmers deprived of traditional livelihoods and promised employment.

This is the first part in a new series of stories about the standoff over Adani’s proposed Pench coal-power station. Last year, AdaniWatch revealed the scandalous background to the project in detail but things have escalated since then. 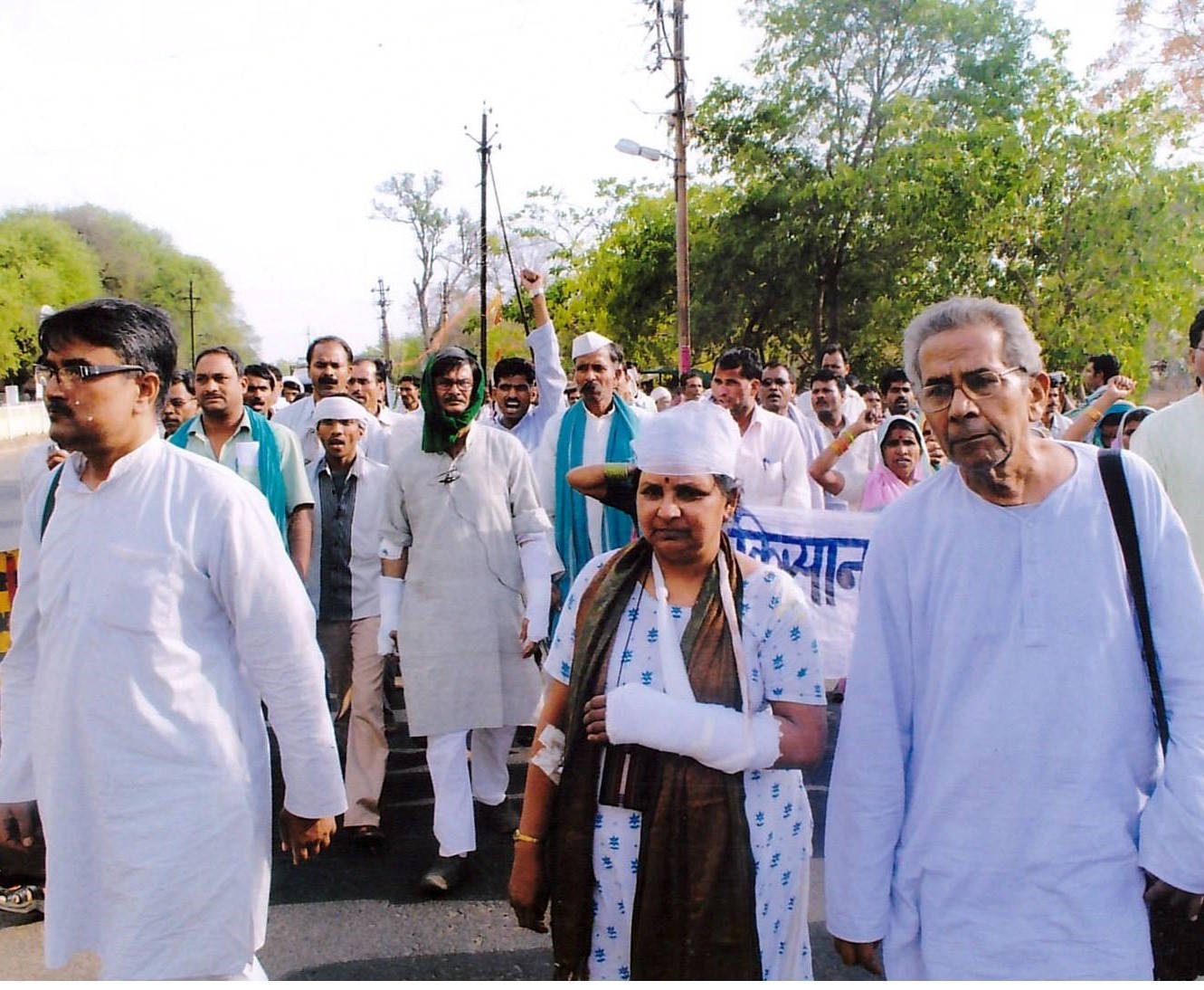 The dispute goes back to the late 1980s, when nearly 300 ha of land near the city of Chhindwara in the state of Madhya Pradesh was acquired by a government power utility for the construction of a new coal-power plant. For years, no work on the 1320-MW project occurred. Farmers kept tilling the appropriated land, providing themselves with a living. Importantly, they were not prevented from doing this.

However, when Adani took over the project in 2010, the villagers were prohibited from carrying out further cultivation. This was a devastating blow to people who had no other means of supporting themselves. Adani had effectively cut off their food supply. Compensation for the land, which many regarded as inadequate, had long since been expended. Adani promised jobs to the affected families, but when the project continued to stall, no work was forthcoming. 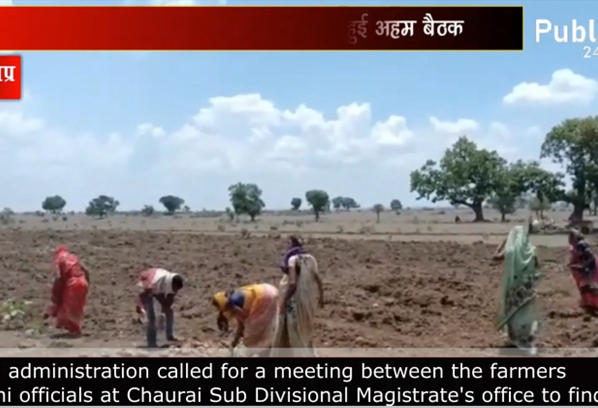 The villagers’ plight became desperate. The Indian economy had started to slow down in 2018. The national lockdown by the central government in 2020 (due to the pandemic) made matters worse for the poor. All over the country, family breadwinners lost their jobs in the cities and returned to their villages. For the people of the villages affected by Adani’s Pench project, the financial situation went from bad to worse. They decided to remedy the situation. 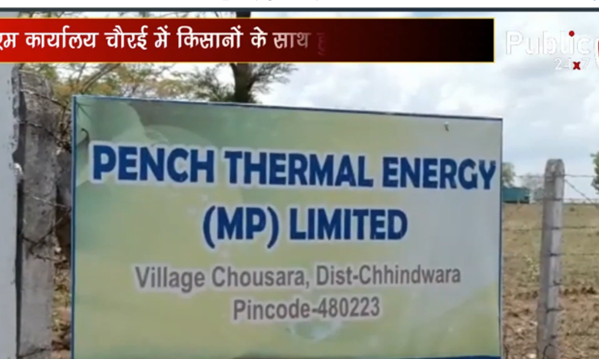 In February 2021, residents of the six affected villages of Chausara, Hiwarkhedi, Dhavri Theka, Dagawani, Dhanaura and Pipariya, met and unanimously decided that they should either be given employment by the Adani Group or be allowed to cultivate the land that was previously theirs. An ultimatum to that effect was presented to the Adani company concerned, Pench Thermal Energy (MP) Ltd, and a series of tense meetings occurred.

Watch interviews given by the farmers to local TV channels when they decided to occupy and cultivate the land:

Public 24x7 TV: Desperate farmers demand jobs or the return of their land from Adani

On 24 February 2021, the village residents met representatives of the Adani Group in the presence of government officials. The farmers raised the following points: 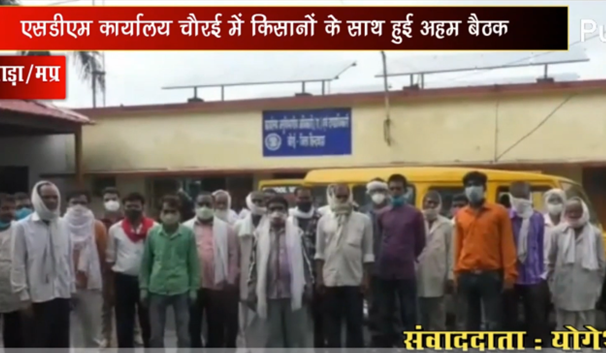 After listening to the concerns raised by the farmers and villagers, Devinder Bhatia, an official of Adani Power Limited, responded:

Most villagers were not happy with the explanations. The meeting was inconclusive. From February to June 2021, many further rounds of discussions took place between the farmers and company representatives in the presence of local government officials. 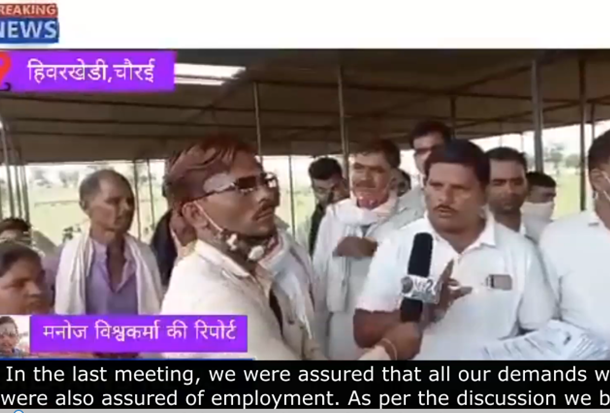 The families identified one or two members of each affected family and submitted a list of around 300 names to the Adani company. However, the company’s officials allegedly said employment could not be provided to all of the listed persons in one go, but that it would choose 3-4 eligible people from the list as and when the requirement arose, and that employment would be provided from 2027.

The farmers demanded that all the listed individuals should be permanently employed by the Adani Group with immediate effect. They contended that they had listened to the company’s excuses for the past eleven years and were not ready to wait any longer.

According to the residents AdaniWatch spoke to, the company allegedly told the farmers that some will be employed for a short duration as labourers to cut the bushes that have grown at the project site and to construct a road. The company officials estimated that the expenditure for these works would be around sixty lakh rupees (around USD $81,000).

The company added that the land had originally been acquired from a limited number of families. If the families had grown in numbers over the years, the company could not accommodate them all. The company rejected the list of names submitted by the residents for employment. One of the villagers who, fearing repercussions, didn’t want to be named, told this writer that though many people anticipated such a response, it was a shock for those among the residents who had supported the company’s plans.

This event turned the tide and the people of the affected villages joined hands. They decided to take their land back and start cultivating it again. They also clarified that the day the company starts construction, they will vacate the land, provided that people are suitably employed in the company.

In the first week of June 2021, farmers of the six villages started to till the land inside the project site.

The farmers told a TV reporter that many of them had been young children when the land was acquired by the government over thirty years previously. Twenty years later, the government sold the land to an Adani company for a profit. The farmers said they were fed up with Adani's promises to employ them, and that they don’t expect the power project ever to be completed. The value of the land in the area is between two to three million rupees per acre (USD $28-40,000) and the government paid a pittance to the owners to acquire the land on the basis of false promises. So, the farmers said, they were not willing to give up their claim to the land.

This prompted the administration and Adani Group to call meetings for 8 and 15 June. A translation from Hindi of the minutes of the meeting reads:

‘In 2011, M/s Adani Pench Thermal Energy (MP) Ltd had purchased 290.245 hectares of land through tender from Madhya Pradesh Electricity Board in Village Hiberkhedi, Dhanora block and village Thavriteka, Chausara, Dagavani Pipariya block Chhindwara to establish a thermal power plant for which on April 28, 2011, a contract was executed in mediation with public representatives and affected farmers.

As the power plant has not been established due to technical and legal issues, the affected farmers are not happy. Hence, meetings were conducted between the administration and the officials of Adani Pench Thermal Power Plant Limited on June 8, 2021, and June 15, 2021. The following points were agreed upon by all the parties:

This meeting was held between Adani Pench Thermal Energy (MP) Ltd and project-affected farmers from village Hiberkhedi, Dhanora, Thavriteka, Chausara, Dagavani Pipariya, District Chhindwara, in the presence of local administrative officials. All the parties have consented to the minutes of this meeting.’

This was almost a repetition of what the company’s officials had earlier told the farmers in the inconclusive process of negotiations. As the monsoon-based sowing season was already starting, agitated farmers started cultivating the land that they once owned.

Adani’s claim that the company was waiting for approvals to begin construction are inconsistent with documentation published last year by AdaniWatch. Was this claim a smokescreen to mislead the farmers?

In 2010, the company applied to the Union Ministry of Environment and Forest for environmental approval for the Pench project. An expert committee said ‘the environmental clearance shall be applied only after firm fuel and water linkage and other statutory clearances as applicable are obtained.’ In 2012, the ministry gave the project conditional approval. The letter stipulated that the project was to commence operations within five years and that the company was to submit a monthly compliance report once every six months to the ministry. In 2016, this approval was extended to October 2019.

In October 2018, a Madhya Pradesh government utility sought an ‘Expression of Interest’ from developers that already had necessary approvals and permissions for a 1320-MW thermal power project. According to sources within the utility, Adani Power was the only company that expressed an interest. This shows that the company had already obtained all necessary permissions and clearances.

In June 2019, Adani applied for a five-year extension of the environmental clearance and in October 2019, the ministry partially approved the request and extended the validity of the clearance until October 2022. The approval issued by the ministry said that the plant would be operated using imported coal.

Hence, Adani’s claim that the lack of coal availability from domestic sources caused the delay appears to be a misleading statement designed to pacify the protesting farmers.

With inputs and support from Ankit A

This story will continue in Part 2