A special correspondent Jun 30, 2022
The Godda coal-power plant - local people whose rights are threatened have banded together to tackle Adani. Photo by the author

In the eastern Indian state of Jharkhand, tribal people from three separate parts of the state have joined forces to tackle Adani’s Godda coal-power station. The power plant will use coal imported by Adani from its Carmichael mine. The Godda power plant is impacting people’s lives in several far-flung locations. The gathering represented the stirrings of a new Adivasi movement in Jharkhand. Here, a special correspondent visited a remote area to see how local people are organising against a colossal adversary.

22 June 2022, Godda: On a rainy Wednesday, Adivasis (indigenous tribals) of the north-eastern region of the Eastern Indian state of Jharkhand gathered at a picturesque field. Even the field’s name is evocative – Aamjoda, which means a couple of mango trees. The village is named Sunderpahari – beautiful hills. 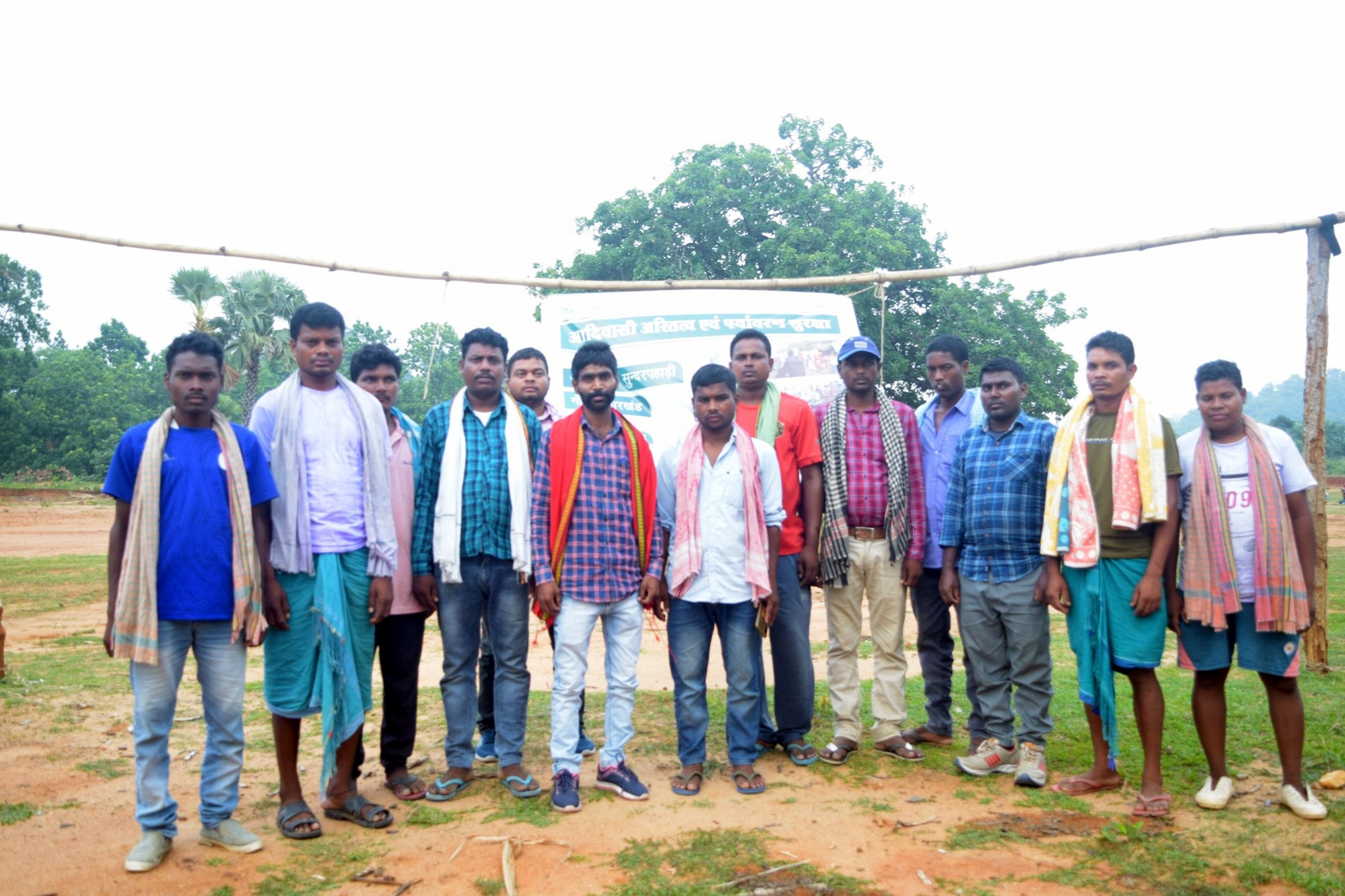 Sunderpahari is about 26 km east of Adani’s 1600 MW coal-power project near Godda. On this day, the village was the focal point for people from different precincts, all of which are affected by the project. Some are affected by Adani’s pumping station and reservoir on the Ganges River near Sahibganj - the source of water to cool the power plant. Others face loss of land to a transmission line in the region of Boarijor. Others are directly (and hugely) affected by the power station itself. 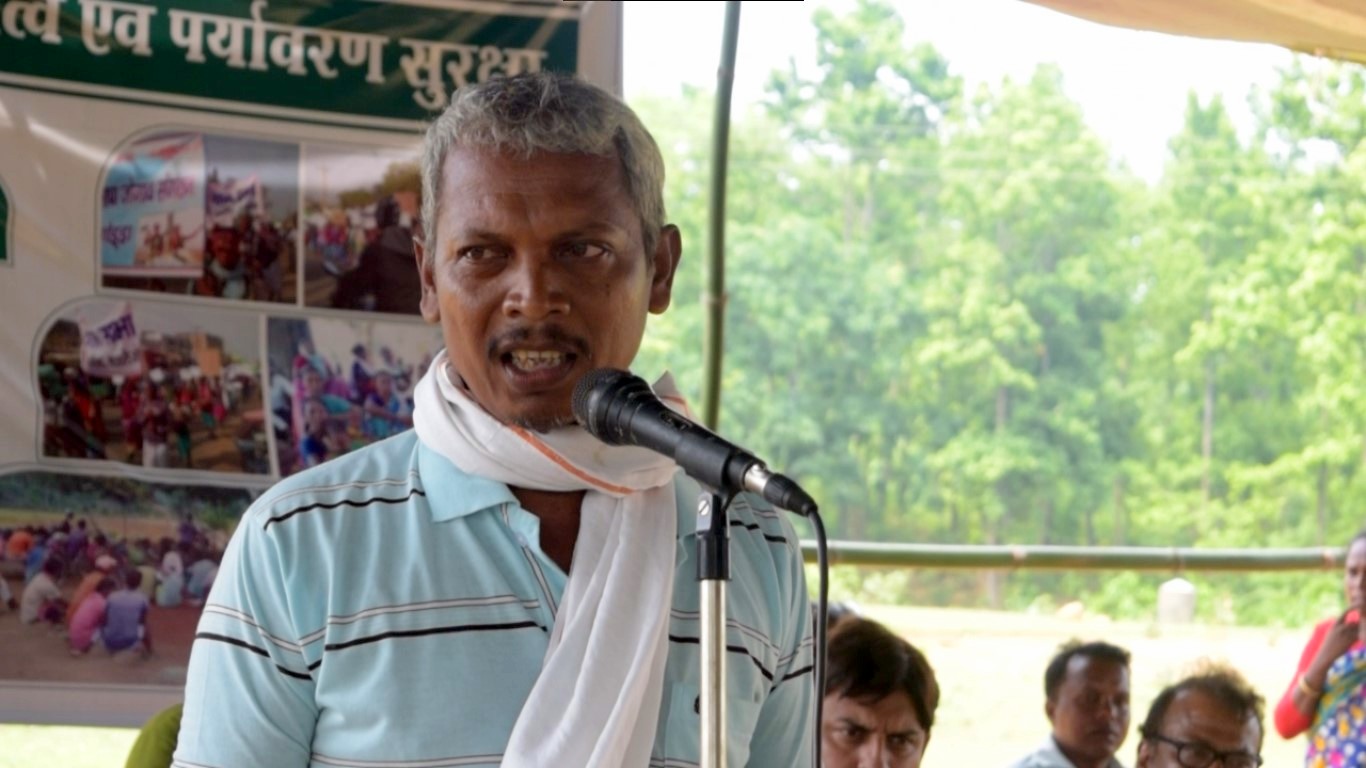 Adivasi residents of all three areas allege that their rights were ridden roughshod over in order to facilitate the Adani power project. Coal mined at by Adani at its Carmichael mine in Queensland will pass through Adani’s ports in Abbot Point and Dhamra in eastern India on its way Godda where it will be burned to supply power to Bangladesh.

The gathering started with a prayer to Marang Buru, the first all-powerful ancestor, by whose grace the Santhal Adivasis of the area believe all life exists, including at Aamjora, said Subhash Hembram. 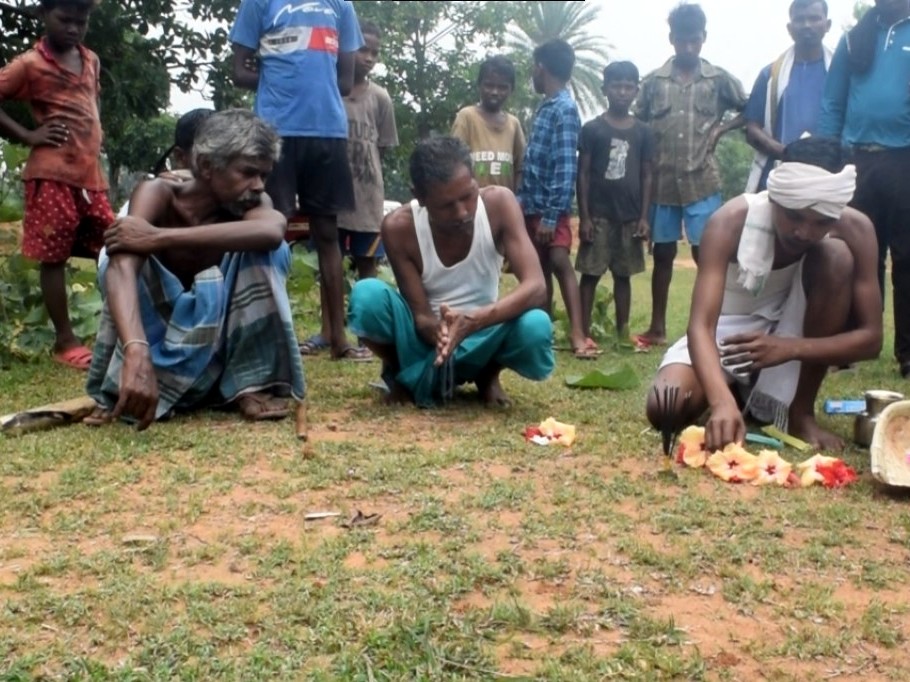 One of the organisers of the convention, Subhash, said that along with Marang Buro, five other of the village’s first ancestors were prayed to. The prayer was to seek the ancestors’ support in ensuring that all those who have come from near and far to support their struggle for Adivasi existence and environmental protection, to arrive safely and in good health and spirits.

The gathering of over 500 men, women and children heard from those who have been involved for years in struggling for their rights to be respected in the process of Adani’s development of the Godda power project. 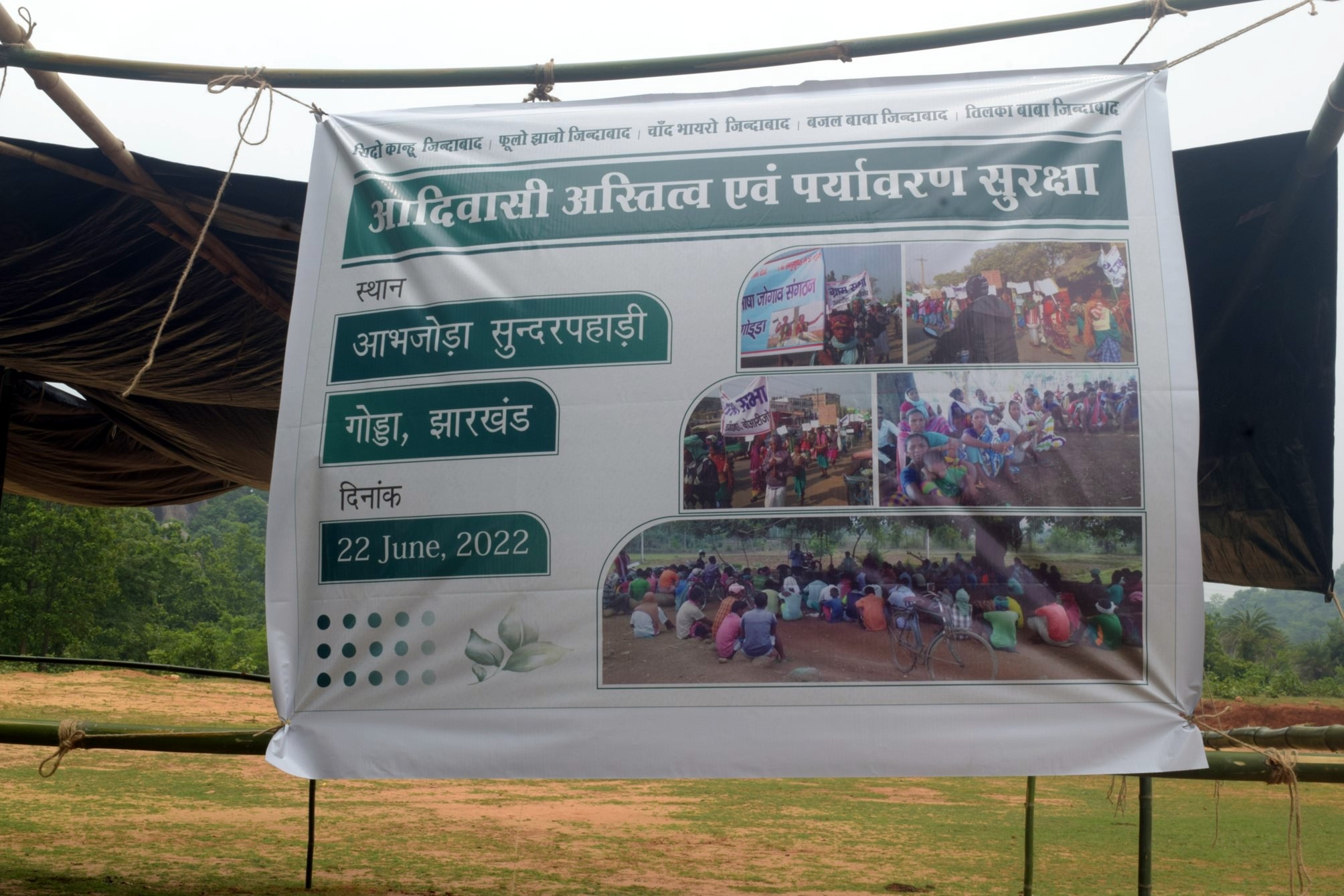 Anil Hembram, whose family’s plot of land, including their home, their fields, and their family graveyard, is located adjacent to the Godda power project spoke of the years of struggle he has faced. He described how his family members and himself were facing several criminal cases for resisting attempts to acquire their land, and that despite both threats and enticements, his family had so far refused to sell.

Anil’s sister-in-law, Sita Murmu spoke as well. Sita Murmu described the depravations she has faced. On 31 August 2018, she had fallen at the feet of a visiting Adani official, pleading with him after her family’s land had been ring-fenced, and encroached in part, by a barbed-wire fence set up by the company’s workers. A video of that encounter went viral online at the time. Later, the family had taken down the fence, they told Adaniwatch in 2020. 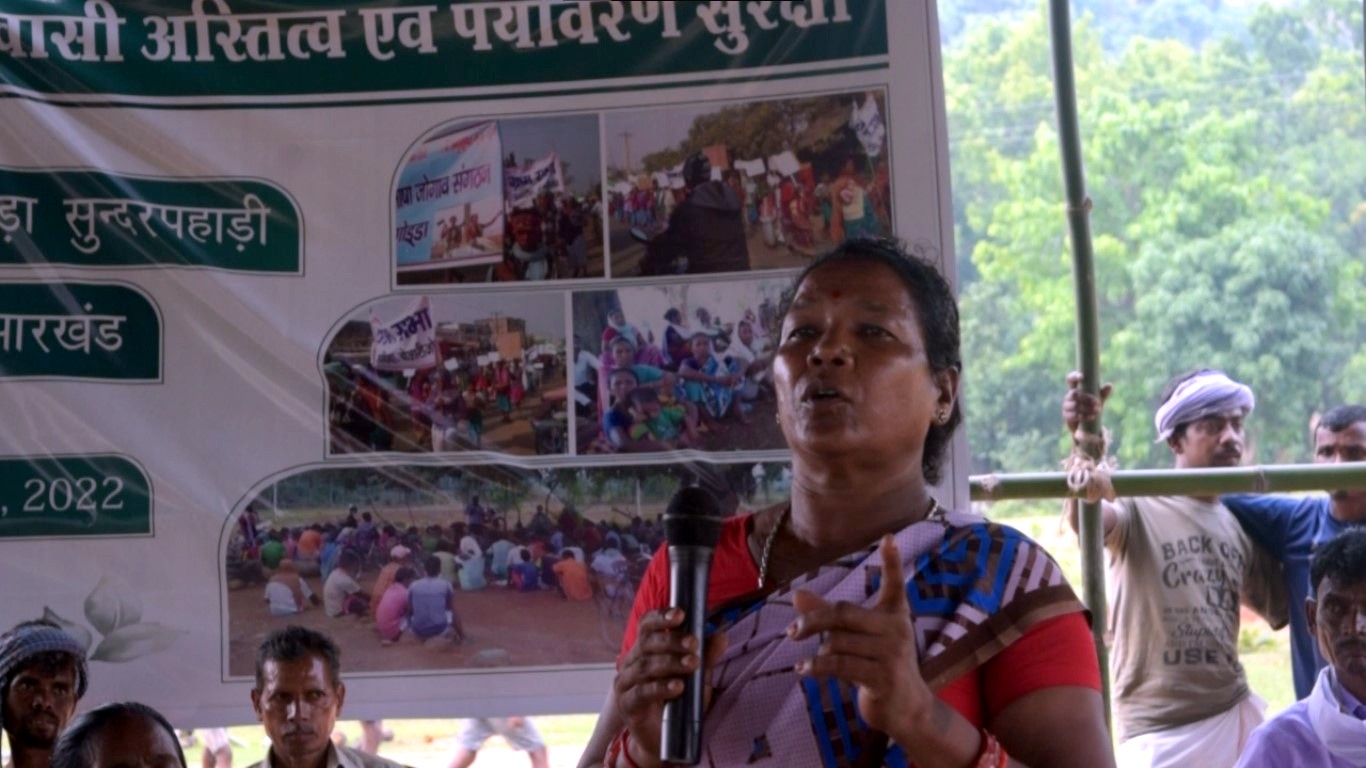 Jetha Murmu, a newly elected member of the Zilla Parishad (district council) of Sahibganj, told the audience about how Adivasi lands had been acquired, without seeking their consent, in Boarijor village, for a transmission line that will run from Godda to power the Sahibganj pumping station. The listening audience had a similar experience to relate to. Land in Sunderpahari has been acquired for a transmission line that runs east from the power plant towards the Bangladesh border. 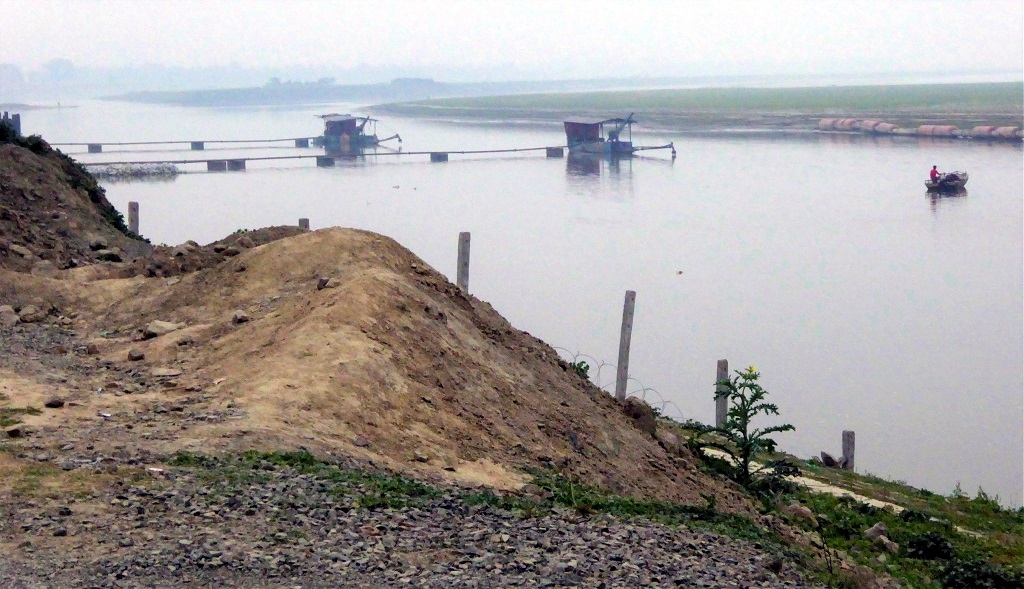 The acquisitions violate an Indian law – the Scheduled Tribes and Other Traditional Forest Dwellers (Recognition of Forest Rights) Act of 2006 – or simply, the Forest Rights Act, say the convention’s organisers. This act specifies that Adivasi and other forest dwelling communities can assert their rights, both as individuals and as communities, to a degree of sovereignty over forests and forest resources. Specifically, through elected councils, the Act empowers Adivasis to reject or approve development projects that require land acquisition. They allege that in the case of the acquisitions for Adani’s transmission lines, they were not permitted to assert these rights, and when they did, the assertions were not recognised. 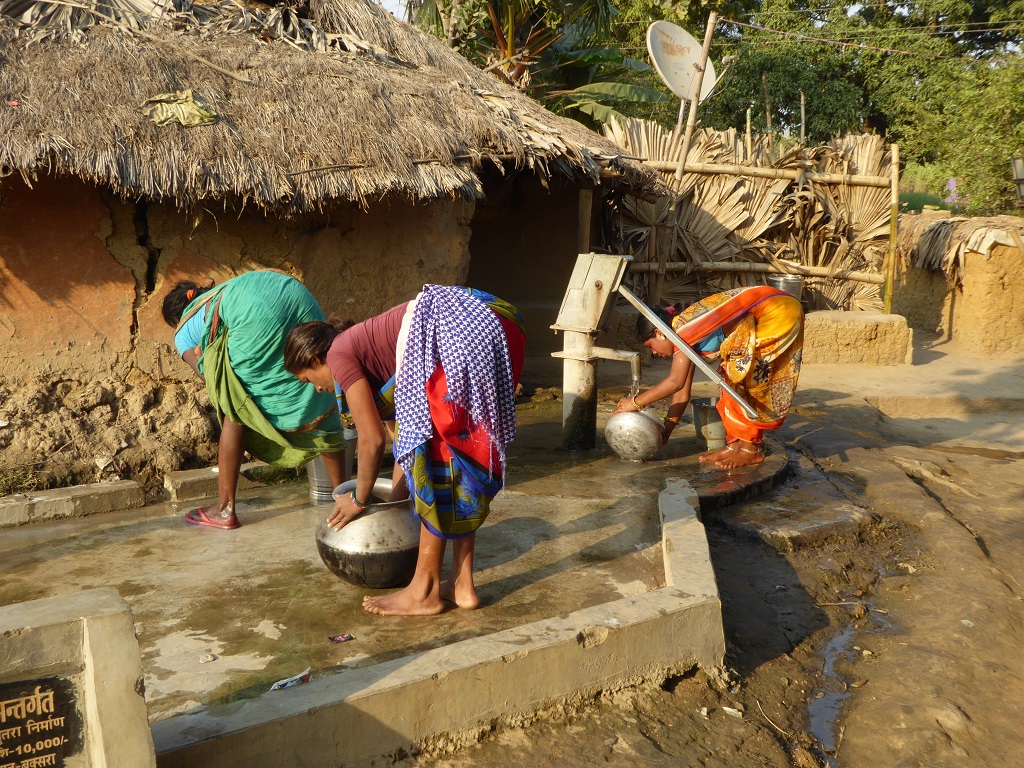 At the outset, their movement would be against ‘India’s most powerful businessman, who is supported by Prime Minister (Modi)’ said Kashif Yunus, an advocate at the Patna High Court in the neighbouring state of Bihar and a member of the National Alliance for People’s Movements, a pan-India advocacy group. Their movement would have to be united, within itself, and with other movements opposing violation of people’s rights due to Adani Group projects elsewhere in the country, he said. 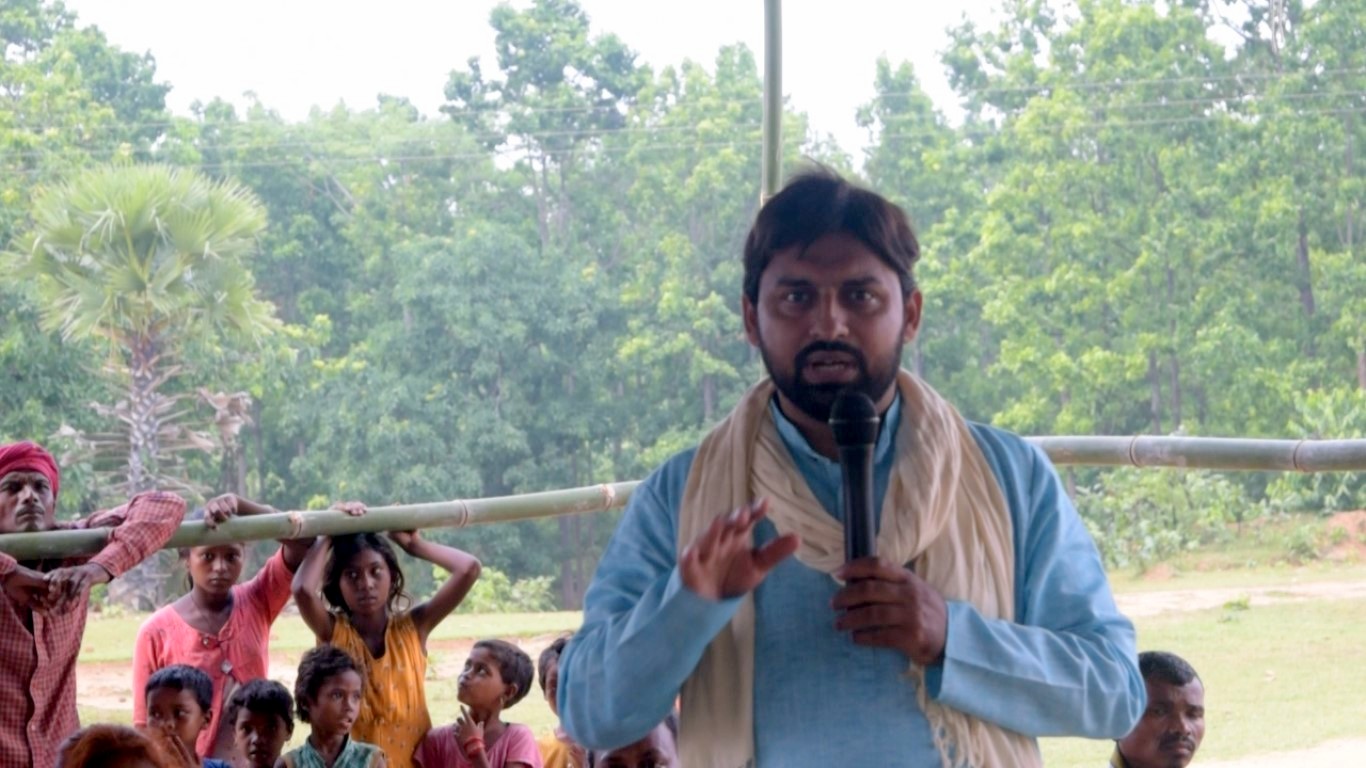 Echoing him, Irfan Ahmad Fatmi of the Indian Social Action Forum, another all-India advocacy group, pointed out that ‘while the Adani Group company could think of drawing water from the Ganges to cool its thermal power plant, it would do nothing to improve humanity, to improve social relations or to protect the environment.’

Seemingly as a sign of what was being said, at this juncture the gathering was paid a visit by a jeep bearing armed security-forces. An officer of the Central Reserve Police Force (CRPF), uniformed in army fatigues, marched up to the gathering bearing an automatic rifle. After asking a few questions, the officer left, and the convention continued on. 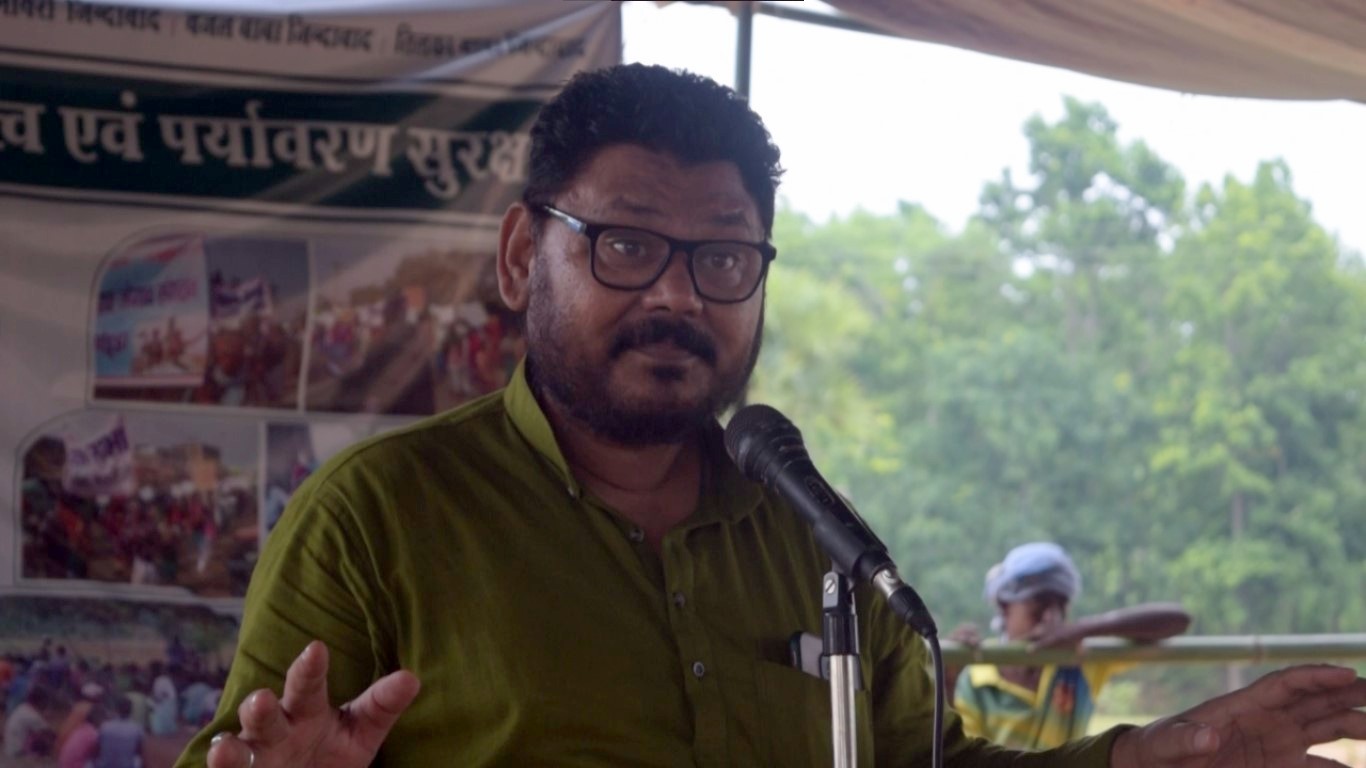 The CRPF officer was a member of a force that is deployed in this part of India to combat ‘left-wing extremism’ (LWE) – the official term for a 55-year war between the Indian state and Maoist communists. While the government classifies 19 of Jharkhand’s 24 districts as ‘affected by LWE,’ (as of February 2019) Godda is not one of them. Dumka district, that lies south of Godda district’s border, however, is.

Adivasi activists and advocates for their causes have often been falsely accused of holding Maoist sympathies, and have spent years in police custody or prison. Some have even been killed. A 2018 survey found that nearly a third of India’s Adivasis fear being framed as Maoists.

Soon after the officer’s visit, the children gathered at the convention started to play in the open field. 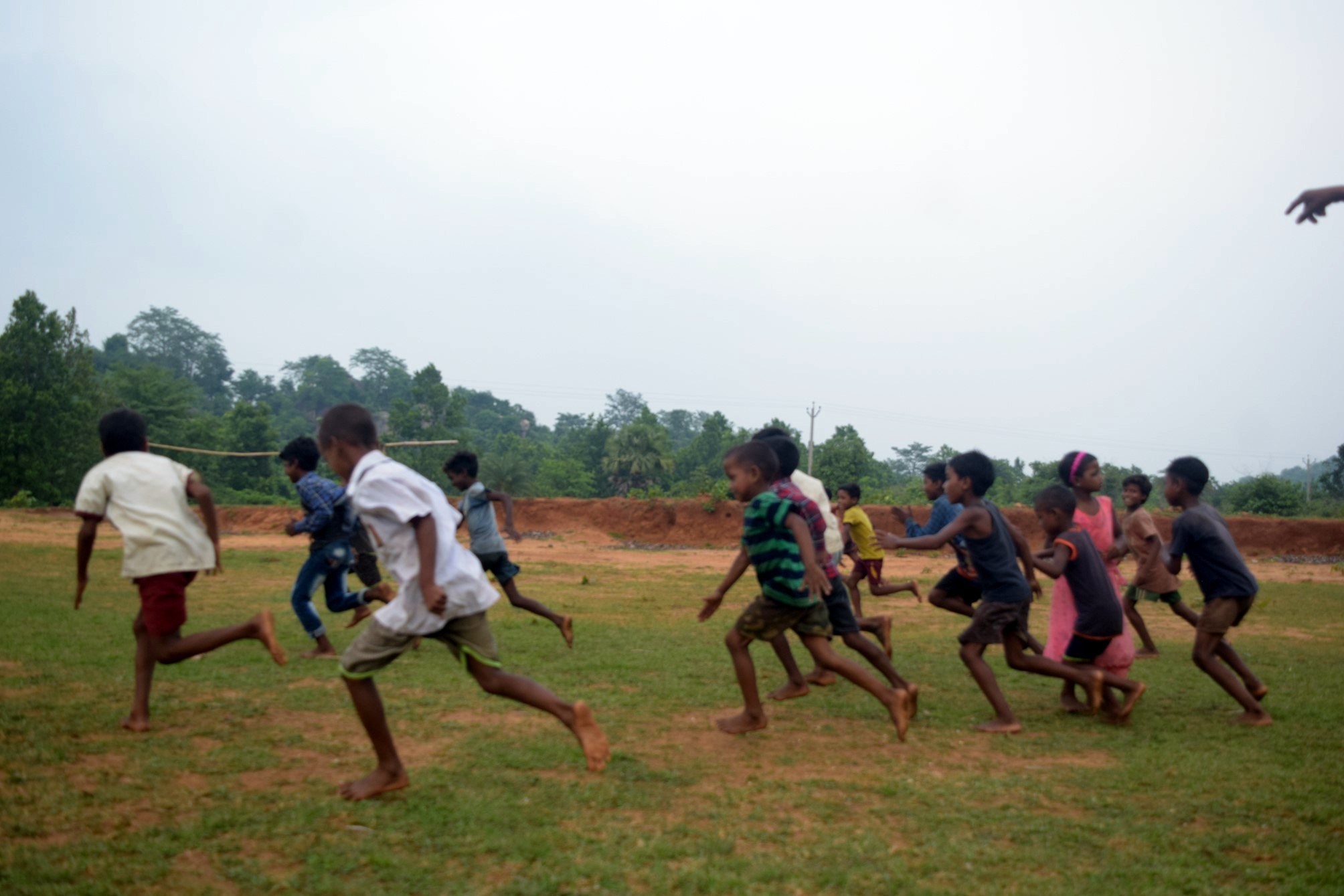 At the convention, activists said that Adani’s power plant construction at Godda was in full swing, as were its affiliated infrastructure, including the transmission lines, the water pumping station, reservoir and pipeline. Once construction is completed, these projects would be a fait accompli, even if legal or procedural violations were to be found at a later stage. 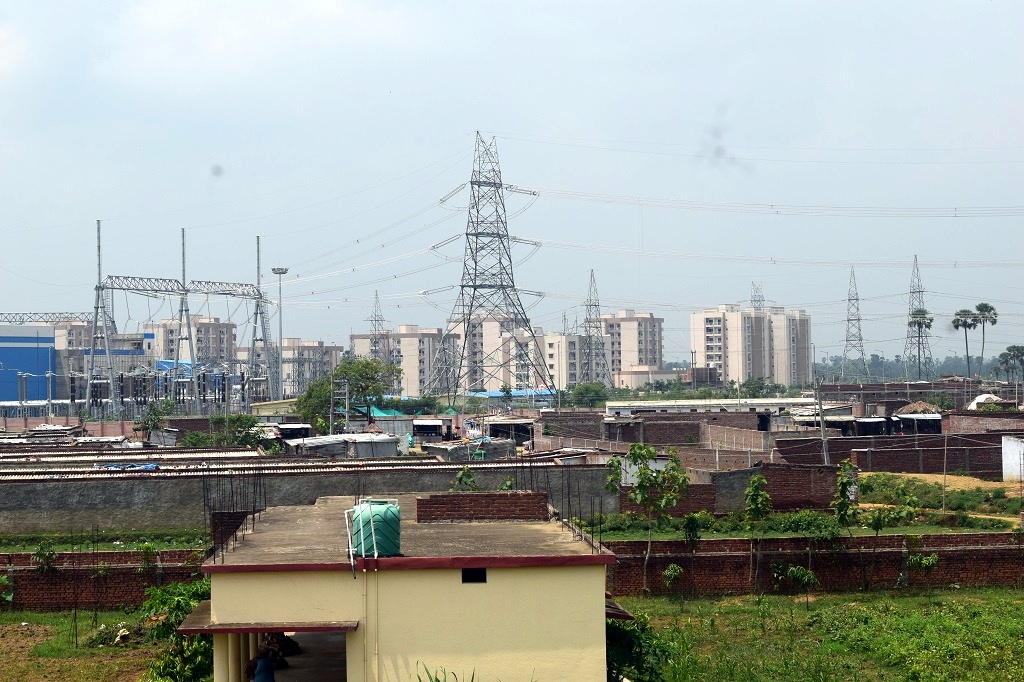 A recent news report by United News of Bangladesh has indicated that power exports are expected to begin in November of 2022.

However, activists insisted that even if the Godda power station were to prove to be a fait accompli, the movement in Jharkhand could prove to be the beginning of a pan-India movement concerning violations caused by various Adani Group projects. 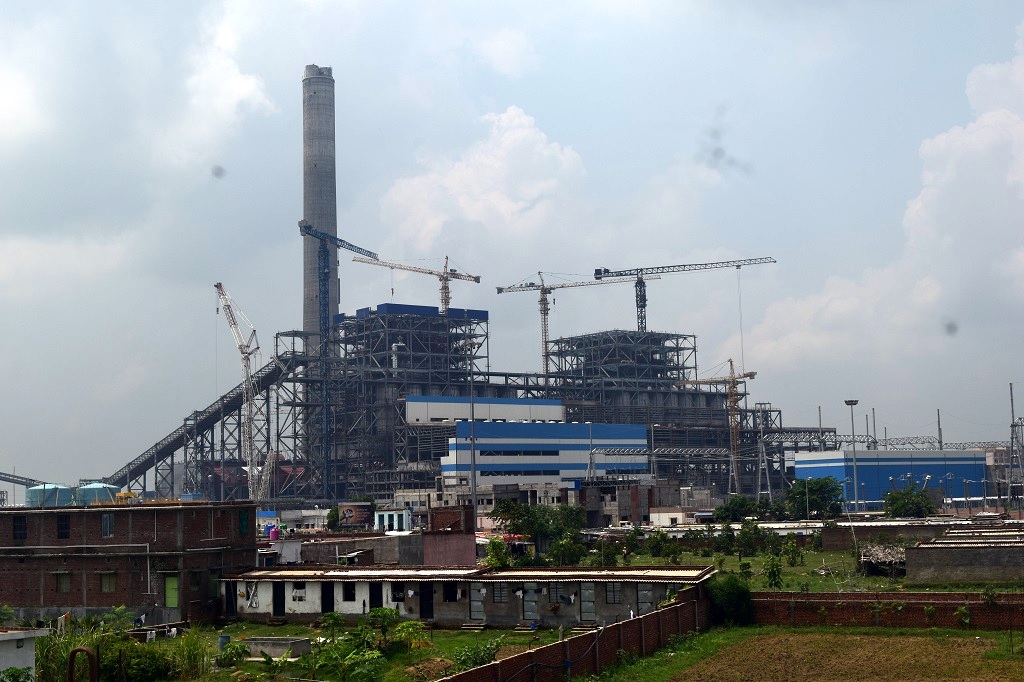 Alleged violations due to Adani Group projects and related developments have seen protests in two South Indian states – Kerala and Tamil Nadu, two Western Indian states – Goa and Gujarat, two Central Indian states – Madhya Pradesh and Chhattisgarh and two Eastern Indian states – Jharkhand and Odisha. The Adani Group was also a focus of a mass farmers’ protest movement that stretched over a year from 2020 to 2021, that finally persuaded the Modi government to repeal a set of contentious agricultural laws that centred around the northern Indian states of Punjab, Haryana, New Delhi and the western parts of Uttar Pradesh.

Could Jharkhand be part of another big push? If so, this convention may have been a beginning.